It’s finally been confirmed. Kimi Räikkönen will be returning to the Formula 1 grid in 2012.

The Finn – who has spent two years competing in the World Rally Championship – has secured a two-year deal with the Enstone-based Lotus Renault GP team to become the sixth World Champion on the grid.

After a visit to Williams earlier this year, it was clear that the Finn was interested in a comeback. That deal didn’t come to fruition, but in Brazil Renault team principal Eric Boullier admitted that Räikkönen was on his short list of drivers for next year. 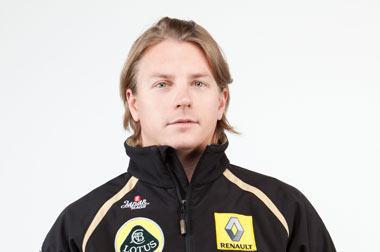 His two seasons in the WRC produced few highlights other than a fifth-place finish in the 2010 Rally of Turkey and two sixth-place finishes this year in the Jordan Rally and Rallye Deutschland.

“My time in the World Rally Championship has been a useful stage in my career as a driver,” said Räikkönen. “But I can’t deny the fact that my hunger for F1 has recently become overwhelming.

“I’m delighted to be coming back to Formula 1 after a two-year break and I’m grateful to Lotus Renault GP for offering me this opportunity. It was an easy choice to return with Lotus Renault GP, as I have been impressed by the scope of the team’s ambition. Now I’m looking forward to playing an important role in pushing the team to the very front of the grid.”

So what do you think? Will Kimi have the speed and determination that Sebastian Vettel has displayed with such devastating effect this year? Because that’s what he is up against. Yes, when he won his championship in 2007 there was serious competition from the McLaren duo of Lewis Hamilton and Fernando Alonso. However, that was before the Red Bull/Vettel juggernaut had even switched on its engine. 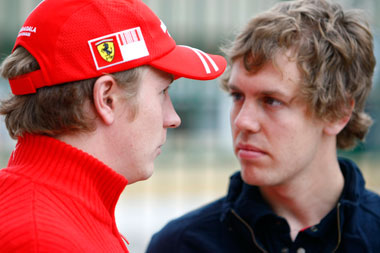 Whatever you think, it’s great news for F1. To have a record six World Champions on the grid can only be good for the sport. On top of that we will once again have the man who maybe doesn’t say much, but when he does it is usually right on the money and invariably hilarious.

It seems Räikkönen really hasn’t changed much since his last Grand Prix in 2009 when in a Lotus Renault GP video he said: “I wouldn’t have come back if I wasn’t motivated. There is always a lot of talk about the motivation, but nobody really knows what I do or what I think apart from myself, so I don’t really care about what people say.” Oh, how we’ve missed those one-liners…

With one seat now taken at Renault, Romain Grosjean, Vitaly Petrov or Bruno Senna will surely fill the second race seat. With Lotus’s form of signing ‘big names’ I’d put my money on Senna. But that’s a different story.