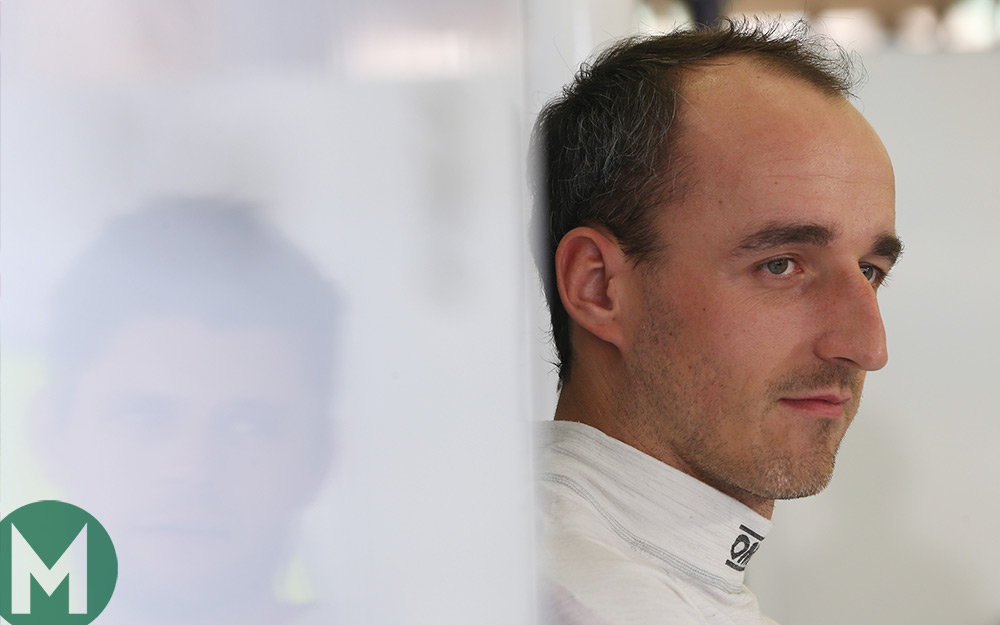 Robert Kubica testing a 2012 Lotus for Renault today at Valencia represents the first time in a Formula 1 car since his rallying accident early in 2011. This a driver once dubbed by Fernando Alonso as ‘the best of us all’.

UPDATE: He completed 115 laps at Valencia, and according to Renault on Facebook he complained about grip, understeer and downforce…

It follows on from his first single-seater tests earlier in the year – in a GP3 car at Franciacorta in Italy and a Formula E at Donington. What was significant about these earlier tests was they allowed him to assess whether the limited articulation of his injured right arm still prevented him from being able to steer within the confines of a single-seater’s cockpit. The Franciacorta circuit was chosen for the fact that it features two tight hairpins that require a lot of steering lock. Kubica was reportedly delighted to find that the arm no longer presented a problem, that it was now possible for it to function without being held out at an angle that had previously prevented it from fitting into such an enclosed space. So if it is now possible for him to properly drive a single-seater, does that beg the tantalising question of an F1 comeback? A test with a current F1 team hardly pours cold water on such an idea.

He has maintained strong links with the Enstone team for which he’d just set the fastest time in pre-2011 season testing and for which he drove in 2010. He has tested simulations of current cars on the team’s simulator over the years and has invariably been super-competitive in comparison to the regular drivers (very often significantly faster). His friend Toto Wolff went on record at the end of 2012, saying he believed that without the accident, Kubica in the 2012 Lotus (the car that was piloted by Kimi Räikkönen and Romain Grosjean) would have been world champion. It’s also now known that he had in place a Ferrari contract from 2013 to partner Alonso, agreed with the Scuderia’s then team principal Stefano Domenicali.

Is it too fanciful to suggest Kubica might have joined the Scuderia as reigning world champion? It was certainly well within the bounds of possibility.

So while the test in Valencia today – in the car tested the previous day by the team’s third driver Sergey Sirotkin – is partly a reminder of what might have been, for Kubica it is almost certainly more than that. He is a man who cannot live without competing in a car, who has zero interest in the riches it can bring or the image it can lend, and who has always pushed himself to extremes unusual even by the standards of a racing driver. If his feel for the car and the track remains unimpaired and he can physically withstand the greater forces of the 2017 cars, he will be looking for an F1 return. He is 32 years old.

Could here be a place for him? Renault is clearly interested enough to give him a very serious test. Speculation rages about whether Jolyon Palmer will get to see out this season (with Sirotkin, Pierre Gasly and Felipe Nasr all in the mix as possible short-term replacements) while others in talks with the team for 2018 include Esteban Ocon, Carlos Sainz and Sergio Pérez. All Kubica can do is prove by the sheer force of his performances in the car that he is the best candidate.

This run in an old Lotus is far more than just a nice day out. If we next see him testing a hybrid Renault, it will be all the confirmation needed: Kubica is on the comeback trail.