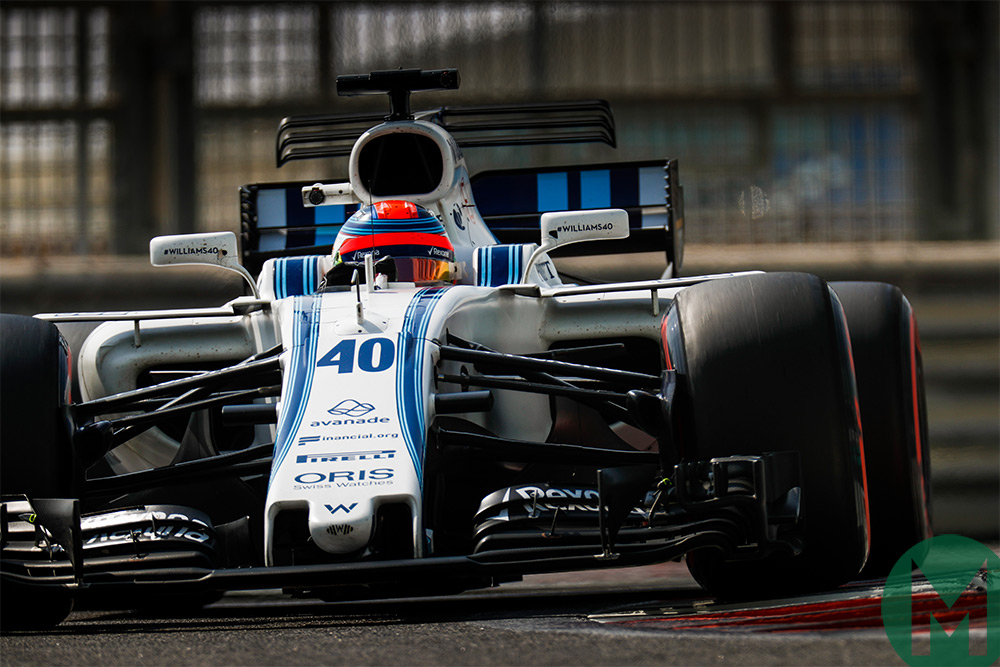 The Polish driver’s first outing in the 2017 Williams FW40 came at the post-Abu Dhabi Grand Prix test for Pirelli, with a best lap of 1min41.296 seconds, set on soft tyres to finish ninth.

Williams is also assessing its 2018 options, with Sergey Sirotkin to take over on Wednesday morning. By lunchtime, Kubica had completed nearly 60 laps, with Kimi Räikkönen top using Pirelli’s new hyper-soft compound at 1min37.768sec.

Kubica will run again on Wednesday afternoon, after Sirotkin, and aims to use all of Pirelli’s dry compounds including the hyper-soft. Williams hopes to make a decision before the end of the year.

Fernando Alonso ran for McLaren and handed over to Formula E racer and test driver Oliver Turvey in the morning, but not before Alonso spun out in sector three to bring out a red flag.

Stoffel Vandoorne and Lando Norris will take over McLaren duties on Wednesday, the team allowed to run two cars as an exception as its test in Brazil was cancelled.

Sauber, which is yet to reveal its 2018 line-up, will have Formula 2 Champion Charles Leclerc in its car on Wednesday, while Toro Rosso will have 2018 drivers Brendon Hartley and Pierre Gasly testing on the final day.

Mercedes, Ferrari and Haas have not yet announced who will take over on Wednesday from Lewis Hamilton, Räikkönen and Romain Grosjean, respectively.