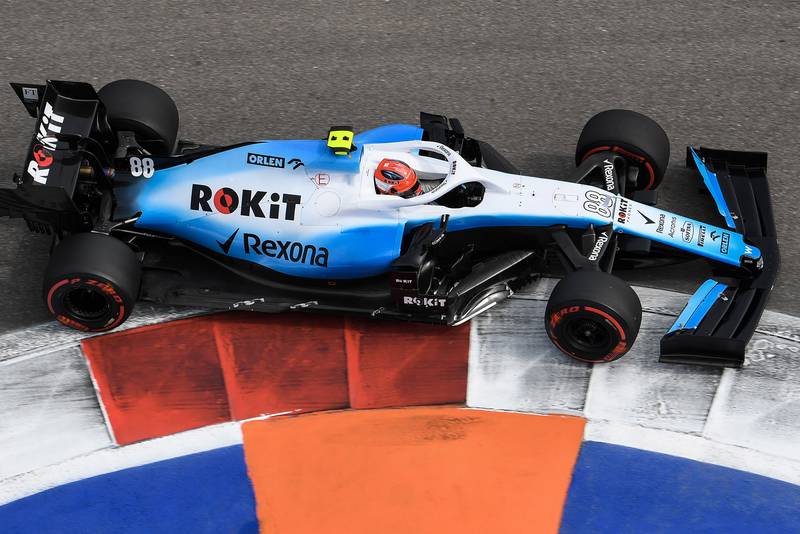 Robert Kubica was forced to retire from the Russian Grand Prix to save parts Photo: Motorsport Images

Robert Kubica’s sponsor PKN Orlen has requested an explanation from Williams as to why the Pole was retired from the Russian Grand Prix.

Joanna Zakrzewska, a spokesperson for the Polish oil company, released a statement on Twitter that revealed the company has asked the British team why Kubica was forced to stop and retire from the race.

Williams team-mate George Russell suffered an apparent wheel failure under safety car conditions during the race in Sochi, leading to his crash on lap 27.

Kubica was called into the garage on the following lap and retired as an apparent precaution.

PKN Orlen brings substantial backing to the Williams team and its logos have a major presence on the car this season.

“In connection with the withdrawal of Robert Kubica from the Sunday race as part of the Russian Grand Prix, we have officially asked the ROKiT Williams Racing team for clarification,” the statement from Zakrzewska read.

“Based on them, we will take actions related to the enforcement of contractual obligations.”

Williams senior race engineer Dave Robson confirmed after the race that Kubica was called in to retire the car in order to save parts for the final leg of the season.

“We opted to retire Robert soon afterwards in order to conserve parts ahead of the intense flyaway races which end the season. It’s a very disappointing way to end two weeks on the road.”

Kubica is set to leave the team at the conclusion of 2019 Formula 1 season after a miserable year stuck at the tail end of the grid with an underperforming FW42.

Haas has been touted as a potential landing spot for the Pole however it would likely be in a development driver role, something Kubica himself has said he has no interest in fulfilling.