Is Lance Stroll feeling the pressure after six consecutive Q1 eliminations in the 2019 F1 season so far, and his home race looming? Chris Medland speaks to him in Montréal 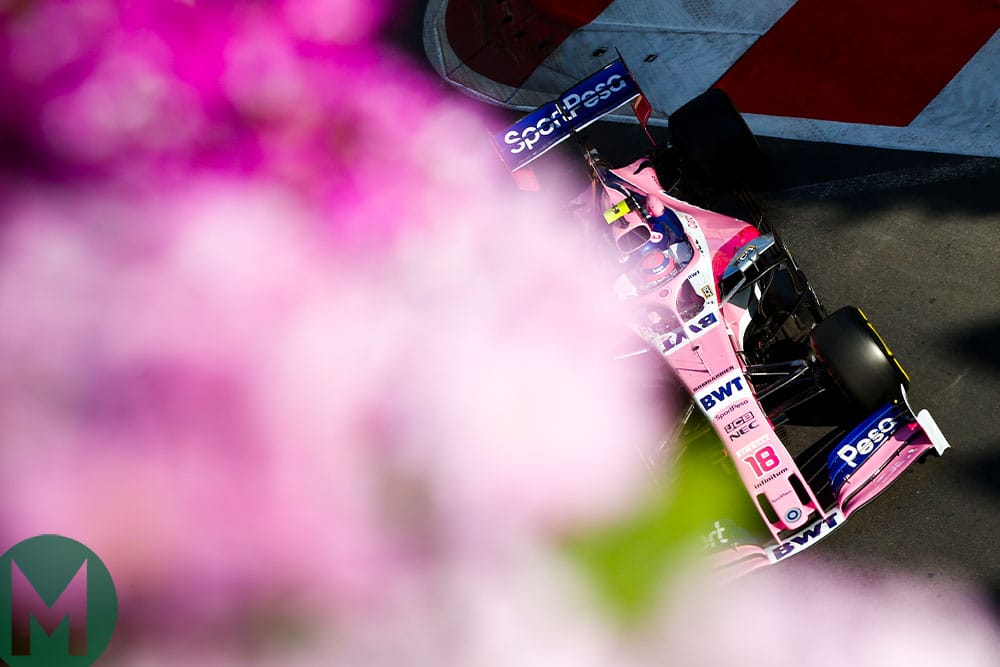 The smile on Lance Stroll’s face as he skates around the ice with a number of Montréal Canadiens ice hockey players ahead of his home race this weekend highlights just how little pressure the 20-year-old is feeling.

“Enjoy doing this? You have to be silly not to! This is awesome,” Stroll beams. “I love it, it’s great to be home. The build-up to the weekend has been great – friends, family, can’t ask for more.

“It’s been pretty mellow to be honest… I’ve had a lot of time on my hands and I’m feeling good for the weekend.

“I think Montréal’s a very different track to the last two events. There’s a lot of opportunity this weekend. It hasn’t been easy the last couple of races in Monaco and Spain, missing out on points, but we’re looking to turn that around this weekend.”

Stroll’s first point in Formula 1 came at the Canadian Grand Prix two years ago, but they were quickly overshadowed by his remarkable podium in Baku one race later. After a wretched season for Williams last year, a move to Sport Pesa-sponsored Racing Point this campaign has offered more opportunities to score again. But it has also seen the extension of a run of 10 consecutive races without escaping Q1, a statistic Stroll insists doesn’t bother him.

“I know realistically Sunday is all that matters because the points are on Sunday. And [I don’t count] last year because we couldn’t get out of Q1!

“This year, realistically the last couple of events have been challenging. I think there’s been a little bit of bad luck in there as well in a couple of events that have contributed to not getting out, so we’ve just got to keep chipping away at it and work with our controllables. As a racing driver that’s all you can do.”

Having changed teams for the first time in Formula 1, Stroll has a ready-made excuse as to why he has yet to beat team-mate Sergio Pérez in qualifying. But it’s one he doesn’t choose to use, instead praising Racing Point for making his move a comfortable one.

“The transition has been pretty good, to be honest. The guys have really been supporting me and they’re really giving me some good guidance to be the best I can be. As a team I think all the ingredients are there and it’s just about getting the job done. I believe the season’s still very young and I think there’s a bright future ahead.”

Six consecutive Q1 eliminations this season is a headline statistic, but the average gap between Stroll and Pérez has been 0.3sec. What’s really hurting the young Canadian even more is the nature of the midfield, because this is a season where such a margin translates to a significant number of positions.

‘A worrying development for F1’ – Mercedes strengthens its hold

“I think race pace has been really good, and I’ve had some good starts this year – Monaco was another good one – so those have been positives. That’s put me in a good place in the opening laps to get some good results. It’s just about keeping that up and working on some of the weaknesses.

“Qualifying I’m just missing out that little bit, those extra couple of tenths, which is a focus point. But it’s still early days and I’m still getting to grips with the car. That’s a bit of a process and the field is so tight that the weekend, if we’re not on form, is really penalising in terms of the end result

“But I think that’s great. I think that’s very exciting for the sport and I’m very confident that we can develop the car and get some good results the rest of the season.”

Development is something Racing Point needs based on the past two weekends, with Pérez only qualifying 15th and 17th at Barcelona and Monaco respectively, compared to 17th and 18th for Stroll. But if the qualifying run is going to be broken, Stroll admits he has to look at where his own driving can improve as much as the car’s performance level.

“I think those few tenths are going to come both from me and from car development. The car needs improvements in certain areas, just like everyone else in all cars. That’s the nature of the sport, we see cars work better on some tracks than others.

“On my side, I’ve got to keep working on my weaknesses and build on my strengths. That’s my goal as a Formula 1 driver. This is my third year now, but I still believe I have a lot to learn. In this new environment especially it’s early days, it’s about going through the process and I’m sure as a team it will come together.”

Sign up to our F1 newsletter to get the latest from Chris Medland, grand prix editor Mark Hughes and more