Lime Rock’s 34th Historic Festival took place over the last five days on Labor Day weekend, the traditional end of America’s summer vacation season. The event opens with an afternoon parade of vintage cars from the track to nearby Falls Village, followed by three days of racing on Friday, Saturday and Monday. Sunday is given over to the Concours in the Park, a spectacular array of more than 500 historic cars and motorcycles displayed around the length of the track’s 1.6 miles. 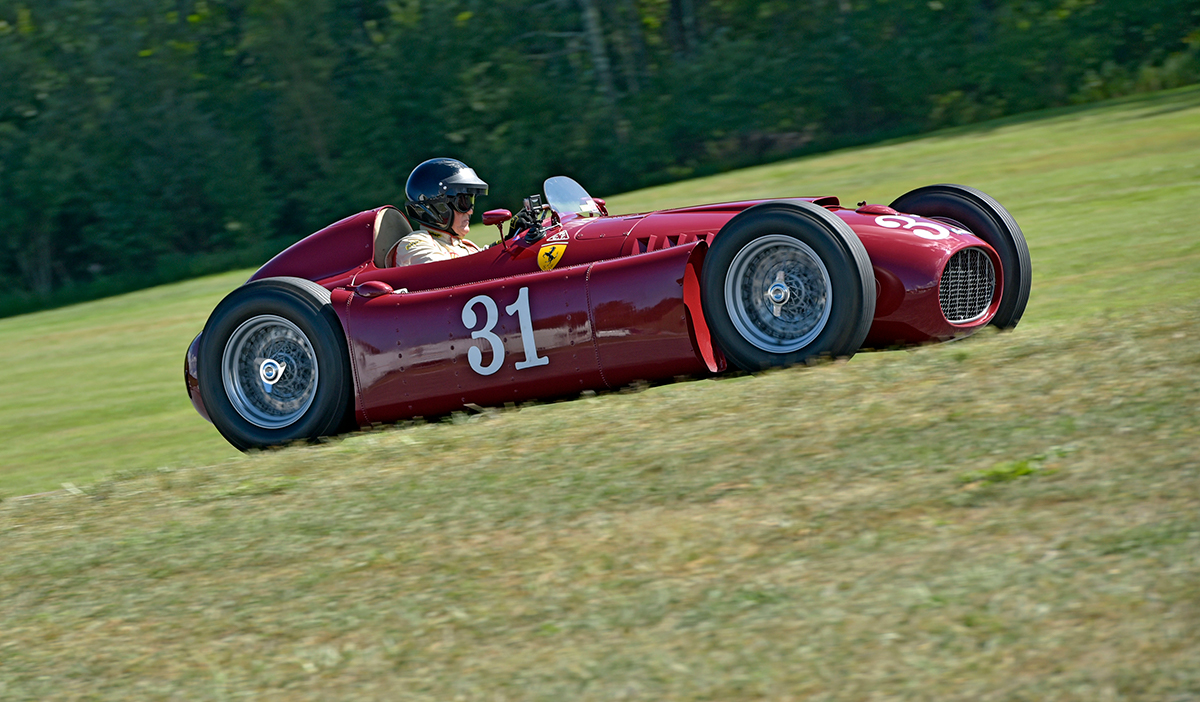 This year’s Lime Rock festival featured races for classic 1966-70 Trans-Am cars and ‘Murray’s Tin Top Trophy’ for assorted 1950s to ‘70s sporting sedans. Murray Smith is chairman of the track’s historic festival and he brings a wealth of knowledge and enthusiasm to almost every aspect of the five days.

Smith was particularly proud this year to feature a pair of superb 1955 Lancia D50 recreations driven by veteran racers John Morton and Peter Giddings. The two D50s were built around original Lancia V8 engines and drivetrains and are owned by the Revs Institute and Collier Collections.

Designed by Vittorio Jano the original D50 made its debut in Alberto Ascari’s hands at the end of 1954, qualifying on pole for the Spanish Grand Prix. The following year Ascari drove a D50 to win the non-championship Valentino and Naples GPs before crashing into the harbour while leading at Monaco. 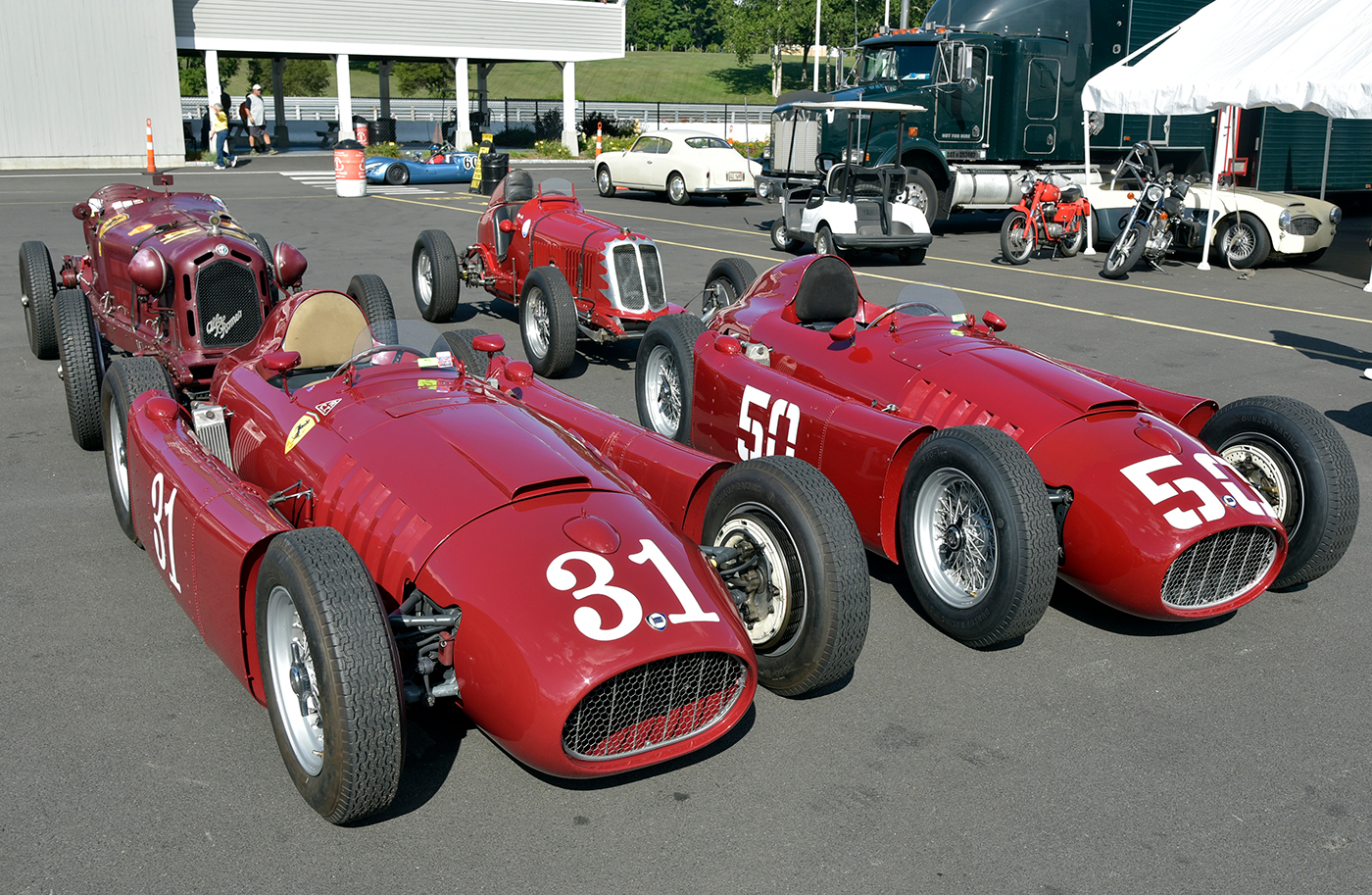 By then Lancia was in deep financial trouble and shortly thereafter all of the D50 cars, engines and spares were sold to Ferrari. In 1956 Juan Manuel Fangio won the World Championship aboard a Lancia-Ferrari D50 and the D50s continued to race with considerable success through 1957 with drivers such as Mike Hawthorn, Peter Collins, Luigi Musso and Eugenio Castellotti.

Meanwhile, John Morton started racing back in 1963, winning many SCCA championships before going on to race successfully in Formula 5000, Can-Am and IMSA GTP cars. Morton survived a terrible accident at Lime Rock in 1989 in a Nissan GTP car, but came back to continue his career. Today, at 74, Morton does his share of vintage and historic racing.

“I also do some ‘Chump Car’ racing,” Morton said last weekend. “They’re long races, over three hours. I don’t think I could do it without the cool suits. They start over a hundred cars and we use a bunch of drivers. I still enjoy it. I guess racing is something you just don’t get over it.

And of the D50, he said: “It is a nice race car. It’s well-balanced, it’s got plenty of power and the brakes aren’t very good. They’re more than five decades old after all, so it doesn’t perform anything like a modern car. It’s a pleasure to sit in a beautiful recreation of a car with such great racing history.

“To drive this car in a 20-minute race here at Lime Rock is a work-out! You can’t imagine driving one of these things for three hours at the Nürburgring. In those days the F1 races were run over 300 miles and those races were a real test of the man and the machine. I guess we’ve just become wimpy over the years.

“And of course, those pods on either side of you were full of fuel. You were surrounded by 90 gallons of fuel with no fuel cells or seat belts. But that didn’t bother guys like Fangio and Ascari, they didn’t think about that stuff. They just got in and drove them hard for three hours. The more you think about it, the more you have to respect them.” 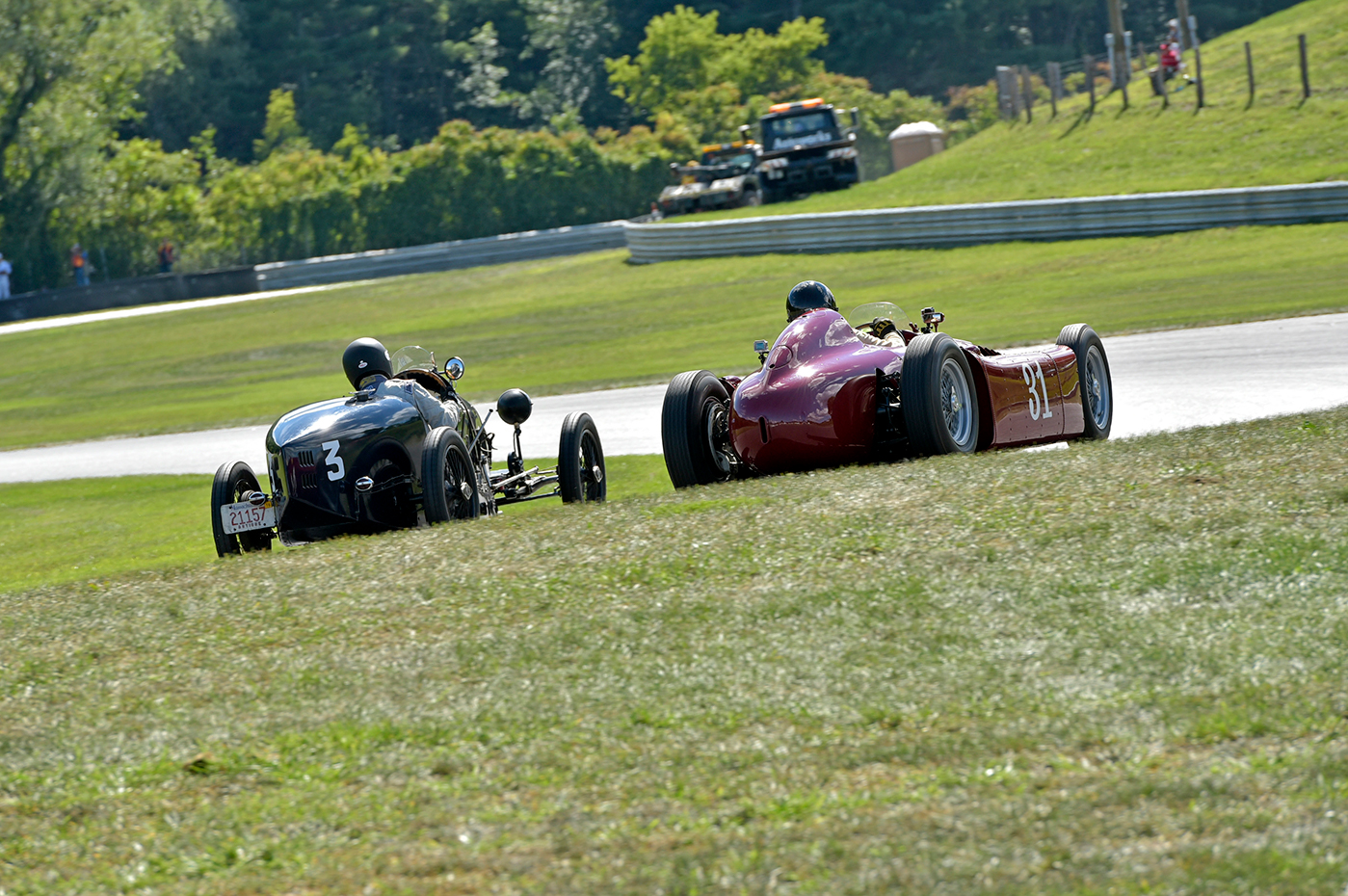 For its part, Lime Rock celebrates its 60th anniversary next year. Opened in 1957 the track was bought by Skip Barber in 1983. Barber originally purchased the track with four partners but has become the sole owner over the years. In the past 10 years Barber has invested more than $10 million in repaving the track and improving the paddock and spectator areas. Skip and his team have established Lime Rock as New England’s finest, most attractive road course. It’s well worth a visit by any true racing enthusiast.