McLaren has signed Lando Norris to a new four-year contract after its young star was approached by rival teams looking to sign him.

Norris said that he had “little chats” with other teams but decided to commit his future to McLaren until the end of 2025, even though he anticipated being in line for Mercedes and Red Bull drives over the coming years.

The 22-year-old, who finished sixth in the championship last season, said that the deal was part of a “long-term” plan to win the title with the team.

He had only signed a contract extension nine months ago and was contracted to McLaren until at least next year, in a deal signed to ward rival teams off. But continued interest after his continued impressive drives has brought a longer and more lucrative contract.

“There were little chats here and there with various other teams,” said Norris. “But nothing that went far at all.

“Of course there will be opportunities, I’m sure now for other drivers to do things and maybe go to Red Bull or Mercedes.

“It’s where I want to achieve race wins and podiums and championships. I did weigh all the factors for my own benefit and what I think could have come up in the next few years with drivers leaving and so on. But in the end, the current for me was still the best option.”

“It was another opportunity for me to confirm my commitment to the team for them to confirm it with me, and give the whole team the confidence that I’m here to stay and I want to keep trying to achieve things with them.”

Norris admitted that the interest from other teams strengthened is hand in the negotiations to secure what is likely to be a substantial pay rise. “If you have a good season then naturally [the money] will rise a little bit, especially if there’s opportunities from other teams — that’s something that always helps with the money side of it,” said Norris. “I know everyone says it but honestly, that’s not the biggest thing from me. I’ve always said my enjoyment and happiness comes above all, and that’s still for me, the most important thing.”

Norris joined McLaren in 2017 as test driver and moved up to a race seat in 2019. He spoke about McLaren as “the people I’ve grown up with” and his confidence that the team can return to the front of the grid.

But the new contract could be seen as a roll of the dice: McLaren was behind the frontrunners last year and this year’s new regulation shake-up brings plenty of unpredictability. In 2009, McLaren went from being the fastest team on the grid to the slowest.

Such a season could leave Norris trapped in a contract that team boss Andreas Seidl describes as having “no get-outs on either side”. 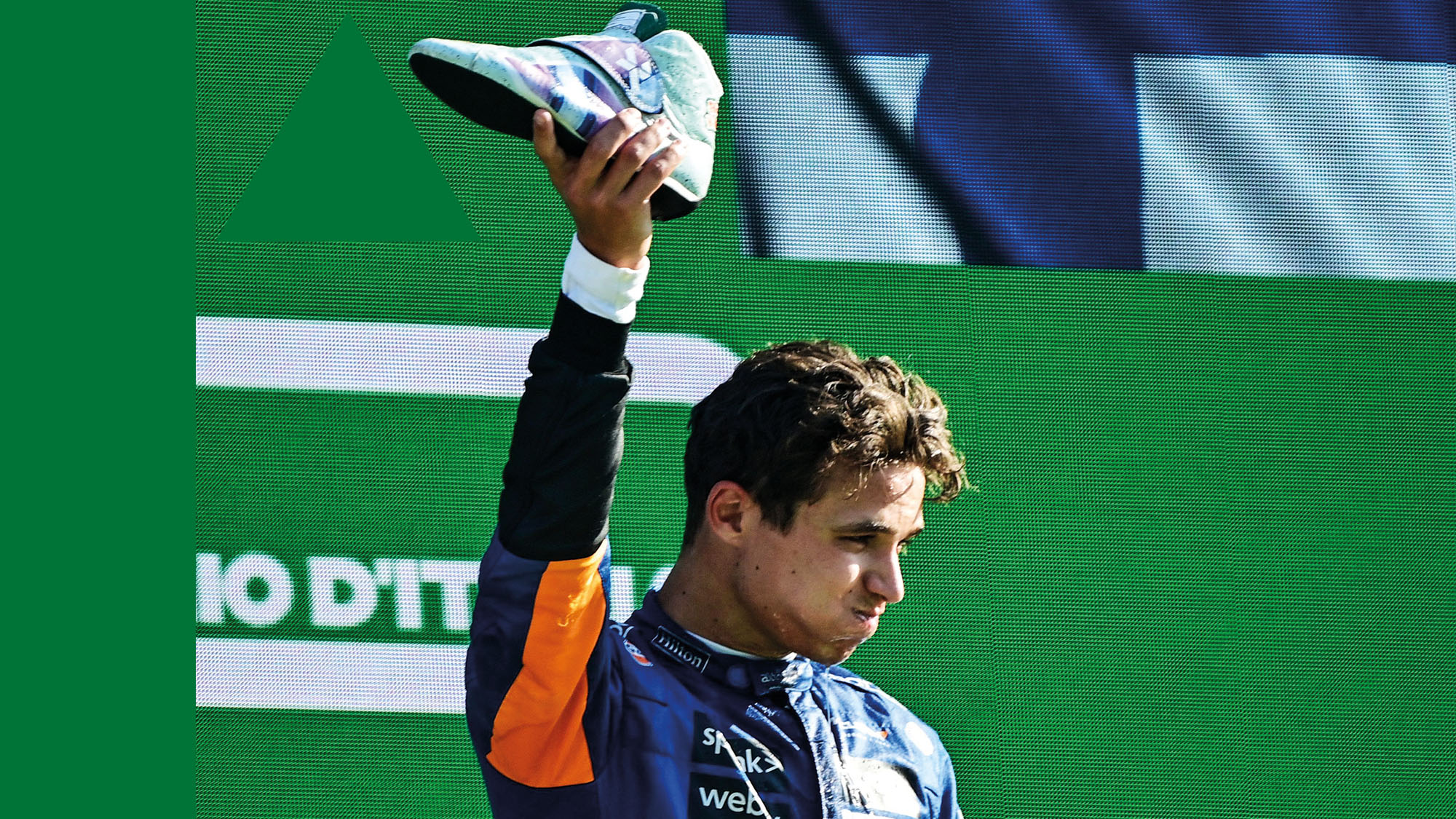 But Norris pointed to McLaren’s investment in a new wind tunnel as a sign that it can continue to advance. The cost cap and additional aero time allowed the further back on the grid, also give slower teams an opportunity to catch up.

“The logical thing, or the thing, a lot of people would think is just stay with my previous contract, which would have ended in the next year, when we’re so early [with] this new era of cars.

“I knew there was a chance and that was opportunity for other teams to make big steps forward, and maybe we go backward, but I don’t think that’s something I’m really worried about.

“I’m confident in the team that we can still have a good season this year. Whatever happens this year doesn’t mean we might be struggling for the next 5-10 years. I have a belief that even if we have a tougher year this year, which I don’t think we will have, in the next two years and three years and when we get the wind tunnel up and running, then that we can make that that progress we need and I’m confident we can be back towards the front even more.”