Damien Smith looks ahead to the latest issue of Motor Sport, featuring his interview with Paralympic hero Alex Zanardi. The Italian this week added a third gold to the two won in London in 2012 – read more about the Zanardi interview.

“If I were at the top of Mercedes today, I’d get out now while they’re on top,” says Sir Jackie Stewart in the latest issue of Motor Sport. “It can’t get better, and they can’t afford to be second. Remember what they did in the 1950s: come in for two years, win everything, walk away.” 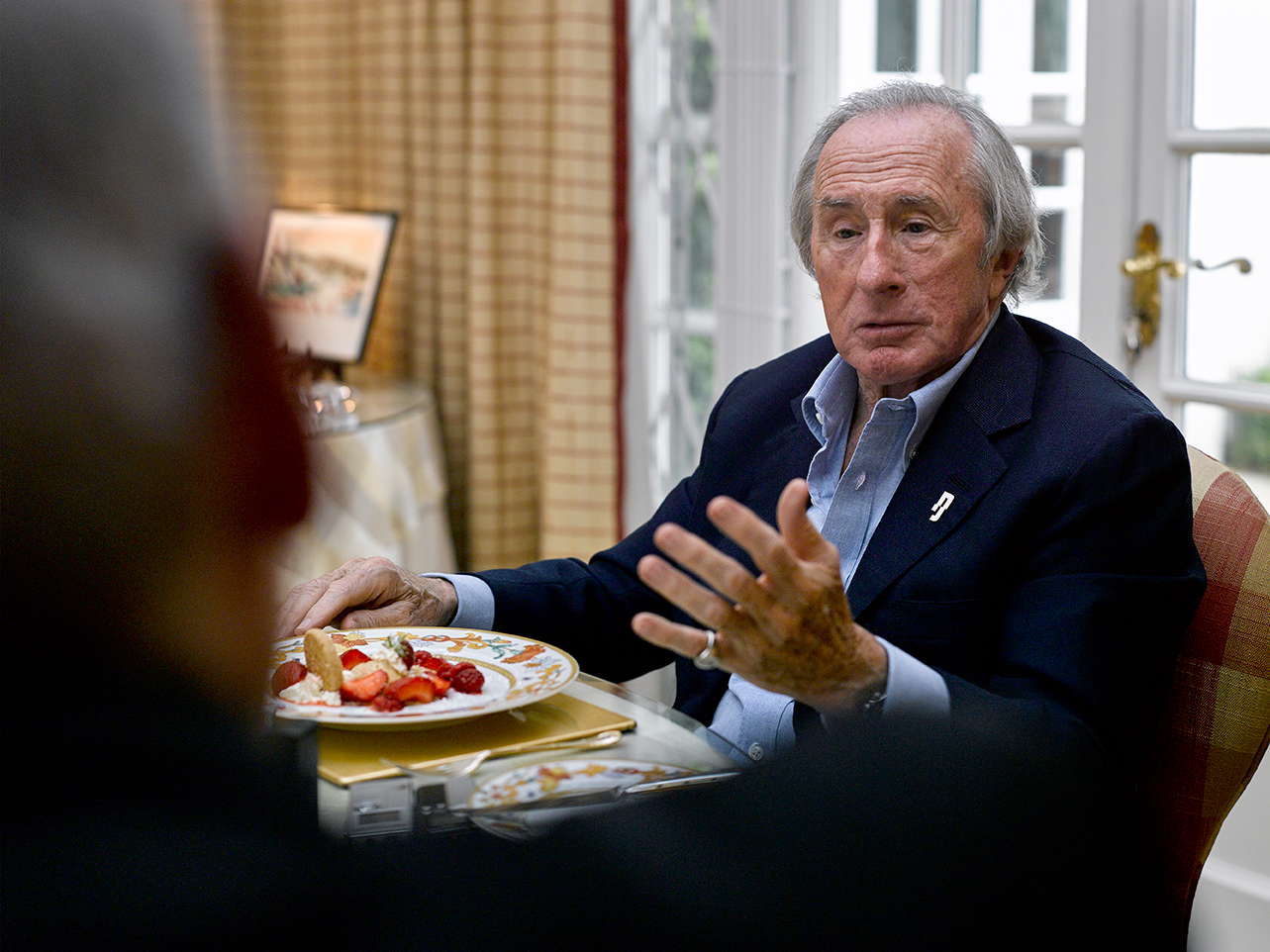 The three times world champion offers these thoughts in Simon Taylor’s final ‘Lunch with’ interview for the magazine, and as usual with JYS there’s a blunt logic to what he says. In Formula 1, it’s only downhill from here for Mercedes, surely?

Stewart also has advice for another of F1’s manufacturers.

“If I was Honda, I’d stay in until they become real winners,” he says. “They have massive resources, and there’s an awful loss of dignity for them, and for McLaren. They must stay until they get it right.”

Such assertions come from the age-old assumption that car manufacturers never consider motor sport, and most pertinently F1, as a binding commitment. They come and they go, as history shows.

Both Honda and Renault have ping-ponged in the past decade, the former selling its team and then returning five years later as an engine supplier, the latter making a similar move (with admittedly great success with Red Bull) only to think again and buy back the team it had previously sold.

Famously, Ferrari remains the only manufacturer to have stuck with F1 through thick and thin. Grand Prix racing is in its DNA – although that didn’t discourage Enzo Ferrari from the occasional threat to walk away, while current boss Sergio Marchionne appears entirely capable of pulling the trigger. The Prancing Horse can no longer be taken for granted in F1.

Mercedes? Its commitment is admirable, from the Brackley base to the powertrain plant in Brixworth. It’s massive, in fact, and therefore untangling itself from F1 would be time-consuming, expensive and damaging from a global PR perspective. But could it still happen? Of course it could. F1 is far from stable right now and a board of directors only needs its patience tested once too often to change its strategy – especially, as Stewart says, if the company is working from a position of diminishing returns.

With all this in mind, it remains a nonsense that the car giants have such an influence over F1’s technical rules. Yes, they are stakeholders today, but they might not be tomorrow, and each has its own agenda. We come back time and again to the same point: the plight of modern Grand Prix racing has nothing to do with Mercedes domination. It is down to a lack of leadership over many years and, through F1’s comically titled ‘Strategy Group’, a management structure that is flawed beyond redemption. 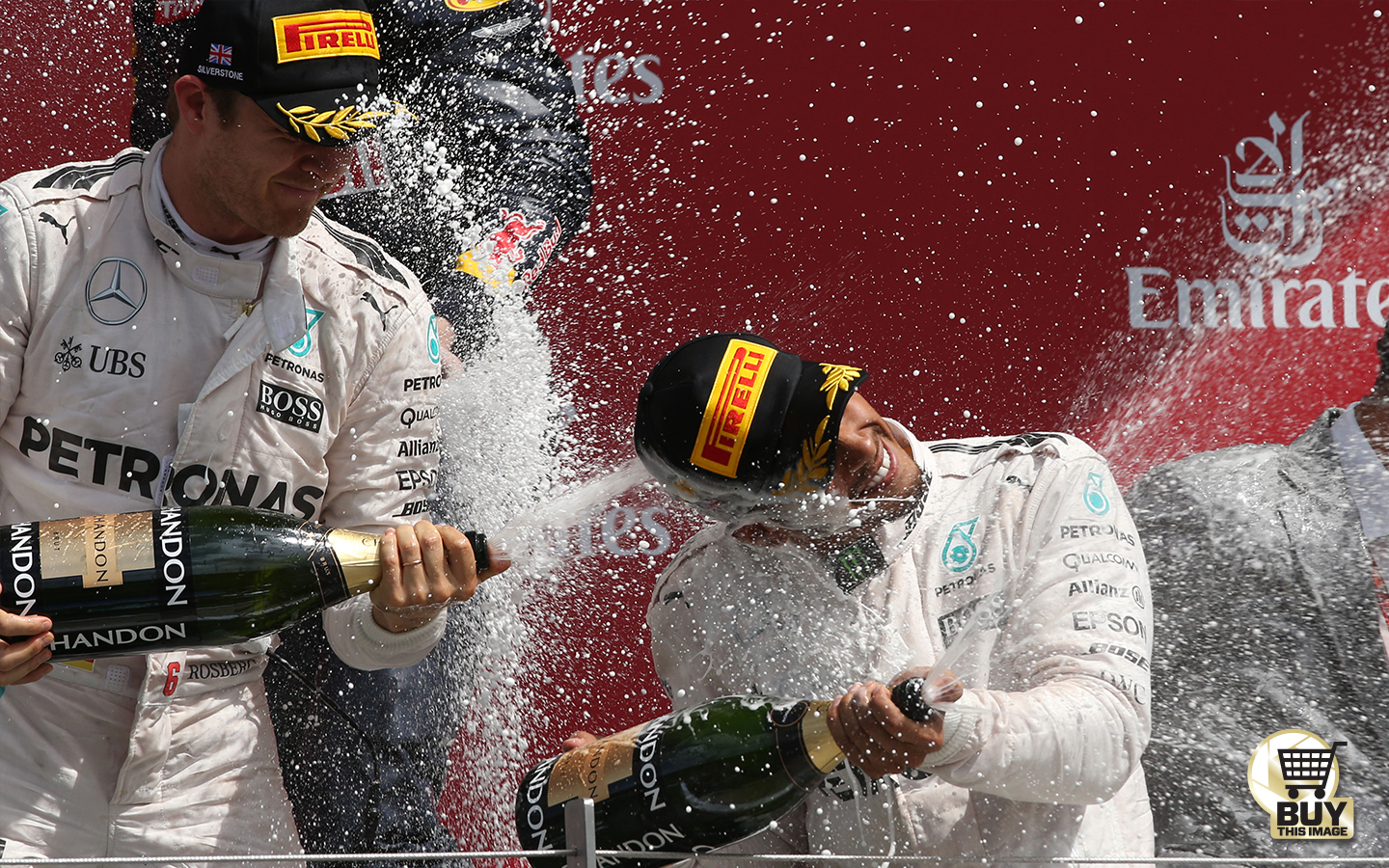 Moving on from suggesting Mercedes should quit F1, Stewart then tells Simon that he pins the blame directly on the team for the niggly petulance that has developed between its star drivers over the past few years. As rivalries go, Hamilton vs Rosberg rarely escapes the confines of the schoolyard.

“As for the Lewis and Nico thing: in my time you never needed to try to out-psyche your team-mate because there was usually a proper No1 and No2,” says Sir Jackie. “At BRM I was number two to Graham [Hill], and sometimes I beat him, but he was never the prima donna, he never once played a card against me. I don’t approve of the public wrangling between those two, and I blame the team for that. It wouldn’t have happened under Ken Tyrrell.”

He’s got a point, hasn’t he? Imagine the ‘froth jobs’ Lewis and Nico would have faced this season… They’d have flounced off in a spittle-flecked huff long before now.

In his autobiography, this month’s cover star Alex Zanardi talks about how close he came to driving for Tyrrell during his first attempt to crack F1. Instead, he made brief appearances for Jordan and Minardi before enduring two difficult seasons at a Team Lotus in terminal decline during the first half of the 1990s.

The second attempt at F1, with Williams in 1999, didn’t end any better, but this incredible man – famed for his Indycar success, the shocking accident that cost him his legs in 2001 and now his incredible rise as a Paralympian hero – remains in love with Grand Prix racing despite everything.

In our magazine interview, he talks about the varying aspects of his life in motor racing and as a hand-cycling athlete. Here, I thought I’d share some of his perceptions of his first love that didn’t make the cut in the print edition.

“I heard an interview with Gordon Murray – fantastic person, superb engineer and designer,” says Alex. “And he said: ‘I really miss the days when we would go to Silverstone, find a big understeer problem, put the car in the truck, drive home to the shop, download the car in the workshop, stay for a little longer for a cigarette or a cup of coffee with the chief mechanic, have an idea, then work on the car all night long, load the car on the transporter again the following day, go back to Silverstone – and knock a second and a half from the lap time the previous day. These days it’s no longer possible. Now you are working for hundredths of a second. There’s not a lot of romance now.”

Like many, Zanardi yearns for aspects of F1 as it once was. Ayrton Senna was a big influence and he cites the 1991 McLaren-Honda MP4/6 (against which he made his F1 debut driving for Jordan) as his favourite car of all time – although the 1986 Benetton-BMW, complete with its sidepod blobs of colour, gets an honourable mention, too. 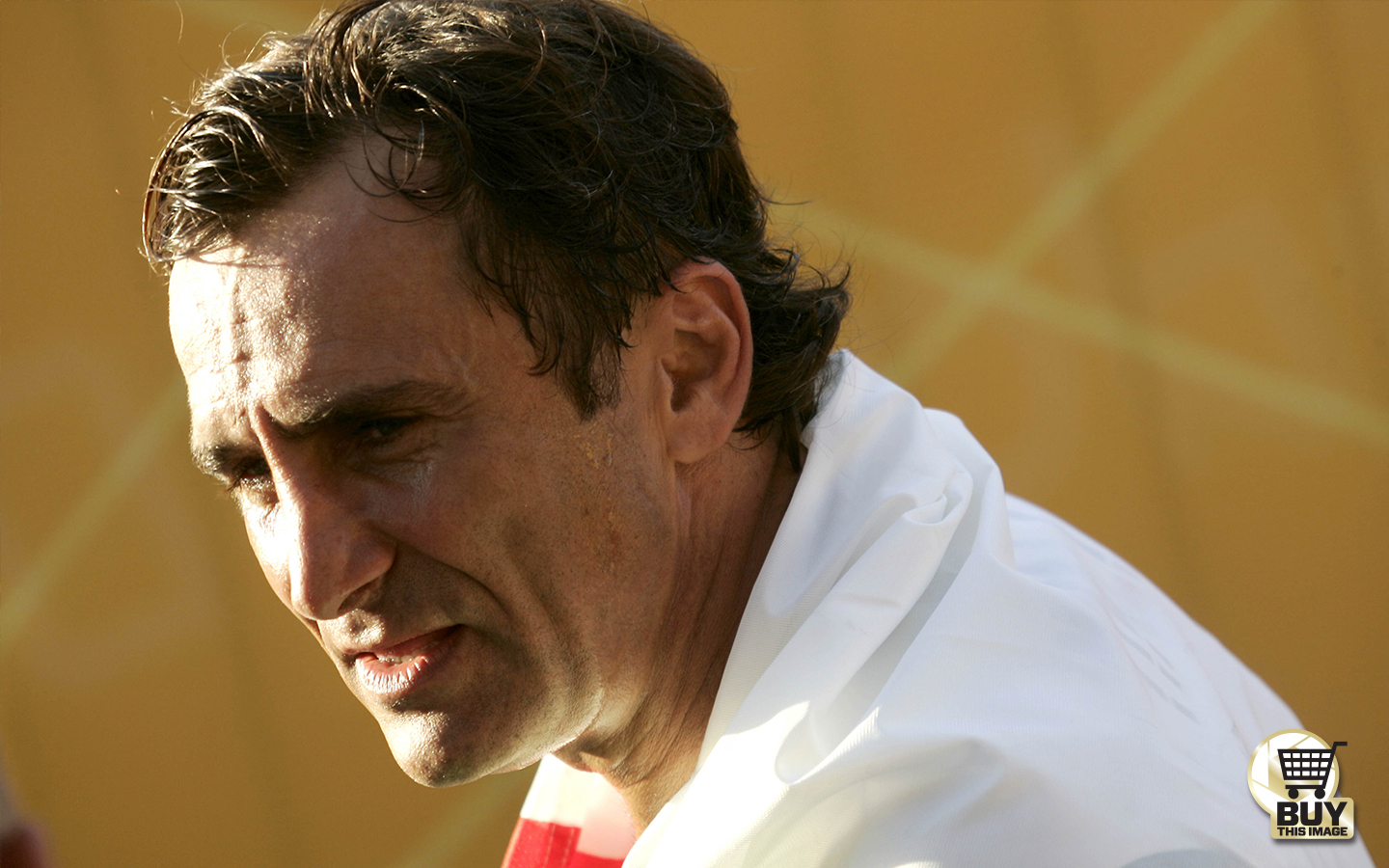 But Zanardi is too much of an optimist to denigrate what F1 has become, accepts that turning back the clock is not an option and offers some thoughts from his own experience in Indycars to suggest what might be lacking.

“I’m a big fan and I love what I see, I enjoy watching Formula 1 racing,” he says. “Having said all that, for sure there is much that seems to have disappeared from F1. To some degree you have to surrender. You cannot expect cars to slide, drivers to be counter-steering or light their tyres out of the turns or at the start… But I do believe whoever is in charge of setting the rules hasn’t really done the best possible job because otherwise we would probably enjoy a different show.

“In Indycars sometimes the quickest guy – it might happen to be me – would have some problems and end up being last, and then be able to make their way through the entire field and win the race, without the help of DRS or KERS… It was just possible.

“If you asked me the reason for that, I would say… there was tyre competition between Goodyear and Firestone, so both constructors would bring the best they could; power – we had a lot of power; aerodynamics – we had a lot of downforce; and all that was very well compensated by weight. The car was heavy. That was the simple secret of the success of those days.”

These thoughts, voiced under the shade of a tree at Goodwood, hardly amount to a considered manifesto for change. They are simply top-of-the-head reflections taken from one man’s best experiences in motor sport. But Zanardi hits the nail with his next line on what should happen next.

“I have a lot of ideas but I don’t think it is fair to say because… whenever you start something like this you should not decide on your own,” he says. “You should get a group of engineers who should have nothing to do with the interests of a single team and say ‘guys, this is what I want to achieve, find me a technical solution.’”

Now there’s a thought: no agendas and independent decision-making. But that’s not very F1, is it?

We live in hope.

And on that note, I’ll sign off – not just from this article, but from Motor Sport itself. The October issue is my last as a proud editor of this wonderful title. My 11 years here, over two stints, have been life-changing on just about every level and I’ll carry a part of Motor Sport with me always. Thank you for reading.

You can buy the October issue from the Motor Sport shop or in the app. Download on iPad/iPhone, on Android and on Amazon. Subscribers with digital access can read online now.