Formula 1 cars would have little trouble racing a full grand prix at Le Mans, Fernando Alonso has said, following an “emotional” demonstration lap last weekend ahead of the 24 Hour race.

The Alpine driver is said to be the first to have driven a Formula 1 car down the Mulsanne Straight and around a full lap of the La Sarthe Circuit.

Speaking ahead of this weekend’s Belgian Grand Prix, the two-time Le Mans winner said that it would be fun to race on the full circuit — but the layout would need to be changed to reduce speeds and widen the track.

“It could be fun for sure to, to race there,” said Alonso. “I think it will not take too much in terms of preparation or engineering to go to tracks like Le Mans.

“Even [in a] short time I think our car was basically prepared to do that, that demo lap, and it was close to a race situation.

“But I don’t know at those speeds and safety standards. They will have to change a few things: the track itself will be too fast, and too narrow in some of the sections on the straights.

“So potentially, it will require some changes more on track than basically the F1 community.”

Both the full Le Mans circuit and the permanent Bugatti section are rated as Grade 2 tracks; one below the Grade 1 requirement for Formula 1.

The challenge of improving the full circuit isn’t trivial, given the requirements for Grade 1 status. For a start, the 8.46 mile track is considerably longer than the 4.35 mile recommended maximum,

The cost of upgrade works to the Bugatti circuit alone was said to be between 17-18 million Euros in 2016 when Pierre Fillon, president of the circuit’s owners, the Automobile Club de l’Ouest, was asked about the prospect of hosting an F1 race.

He said that the costs could not be justified, despite the interest from motor racing’s governing body, the FIA.

Alonso won the Le Mans 24 Hours with Toyota in 2018 and 2019. He returned this year as part of an Alpine parade ahead of the race.

“It was very special being back in Le Mans,” he said. “I mean a French manufacturer in a French track with all the history behind, and also being the first Formula 1 car to run in the Le Mans circuit. 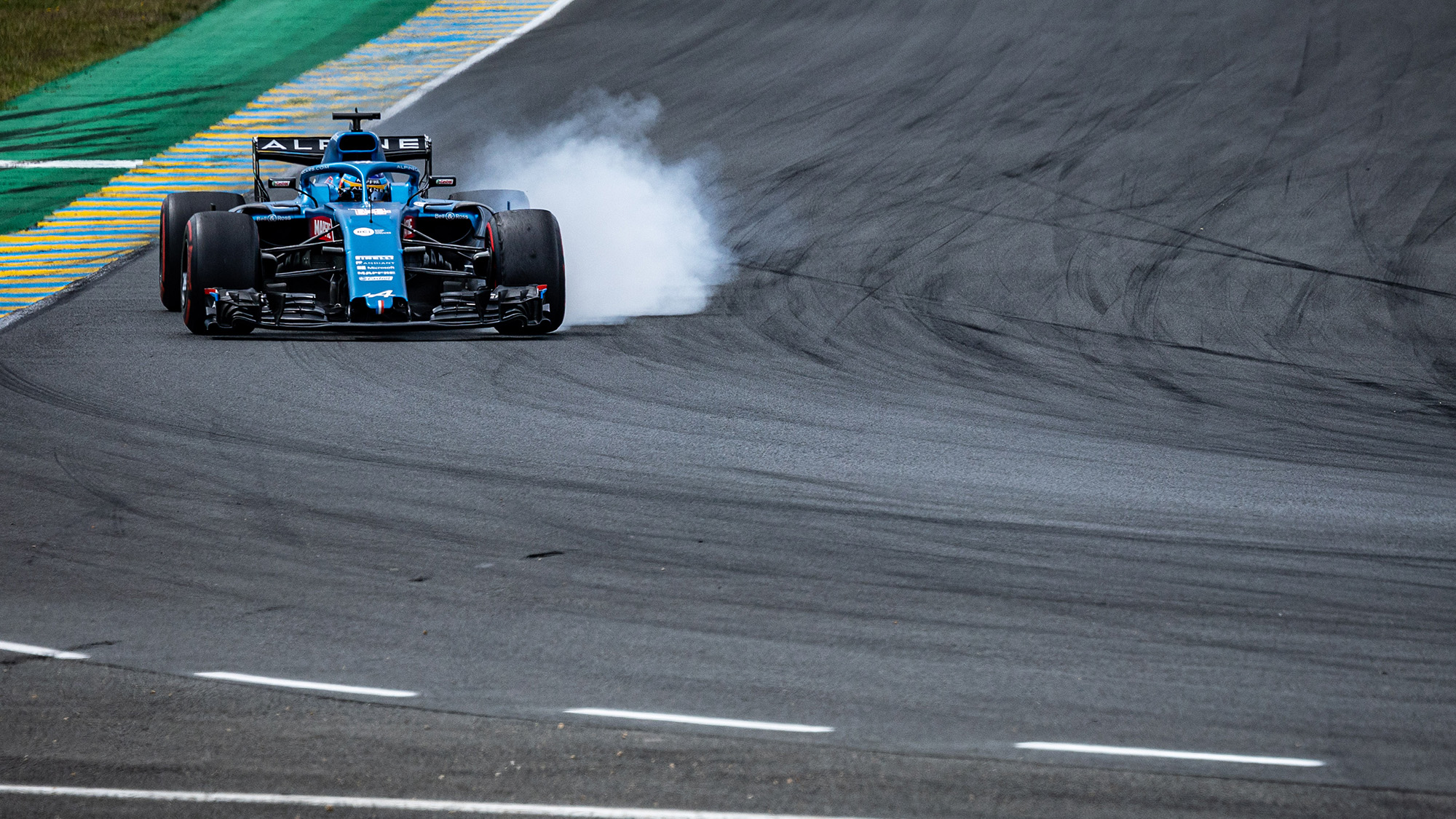 The fastest lap for Alonso’s Toyota TS050 during qualifying for the 2018 race was 3min 15.377sec. He said that an F1 car would set a considerably faster time, despite losing tyre temperature on the long straights.

“The simulation says something under three minutes,” he said. “Unfortunately we could not complete the lap and see what times we can do and push with the car: it was more a demo lap. But even though it was, it was very emotional.

'Fernando Alonso's title-winning form is back. Now he just needs the car'

All the talk since the British Grand Prix has, quite understandably, been about Max Verstappen v Lewis Hamilton and THAT crash. And in many ways, that’s been great for the…

Formula 1’s only experience of racing at Le Mans came when the permanent Bugatti Circuit section hosted the French Grand Prix in 1967.

Denis Jenkinson’s report for Motor Sport was typical of the response.

“A driving school circuit maybe, but not a Grand Prix circuit by European standards, or even by British standards,” wrote Jenkinson of the track, which ran through the full circuit car park.

“Before it took place the famous French Grand Prix was being dubbed ‘The Grand Prix of the Car Parks.’”

The race, described as a “farce” was won by Jack Brabham, and never returned, but the circuit currently hosts the MotoGP French Grand Prix.