Charles Leclerc believes Ferrari has made greater improvements to its car than competitors, so it can aim to finish third,  “just behind Red Bull and Mercedes” in the Constructors’ Championship.

The Scuderia endured a torrid season in 2020, finishing the year sixth, its worst placing since it registered 10th in 1980.

However, the first race of 2021 in Bahrain was a solid outing for the team, with Leclerc finishing sixth and his team-mate Carlos Sainz eighth. Leclerc feels improvements to the car can help the Scuderia haul itself up the constructors’ standings compared to last year.

“It is a step forward, a significant step forward we’ve seen in Bahrain,” Leclerc said. “We’ve had a better progression compared to the other teams from last year to this year, so this is positive, but on the other hand we are still not fighting where we want to be fighting. 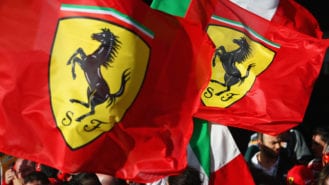 Ferrari will not regain its position at the top of F1 unless its team is more diverse — and less Italian, Gerhard Berger has said. In the latest Motor Sport…

“If you compare last year to this year, we’ve done a good job, and we need to keep working like this.”

Asked which areas of the car had been improved, Leclerc said the changes were holistic.

“It’s an overall improvement,” he said. “The power feels better, the balance in the corners and the actual grip of the car feels better. It’s not only on one thing in particular, but it’s just the whole package that feels better and this is positive for the future.

After scoring its worst constructors’ placing for 40 years in 2020, Leclerc also says the team has a clear target of where it aims in its improvement this season.

“I think a realistic goal for this year will be just behind Red Bull and Mercedes,” he said. “It’s going to be very difficult to fight with them. We are too far behind for now, but we are in the fight with four or five other teams for the third place in the constructors [championship]. So it’s going to be a tight fight but, if we do everything perfect, I think it’s reasonable.”