At the Italian Grand Prix, Charles Leclerc added his name to an exclusive list of drivers who tasted a second Formula 1 victory immediately after their initial success. There are only eight others 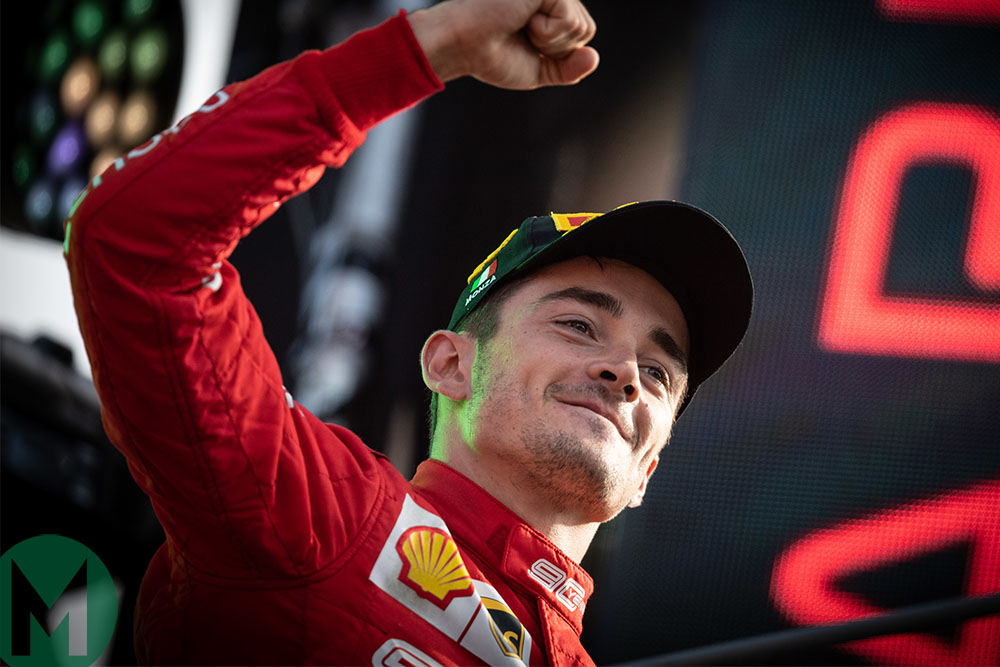 The first win is the most difficult, according to the old saw, but the next one can be tricky, too.

Clearly it’s better to strike while the titanium is still hot, as Charles Leclerc did at Monza.

But that, too, is more easily said than done: only nine consolidated their breakthroughs with immediate second success.

That this elite has 191 wins and 11 world titles – and counting – to its credit bodes well for the 21-year-old Monégasque.

Lewis Hamilton knows the signs, for he is among the nine.

In 2007, having finished on the podium at his first five Grands Prix – a third and four second places – he kept commendably (inevitably) composed at a Safety Car-bedeviled Montréal to open his account, and then promptly held (increasingly fractious) McLaren team-mate Fernando Alonso at bay to prevail at Indianapolis.

A few eggs would be broken – and a $100 million fine paid – but it was apparent to most that this top team would now be Hamilton’s. 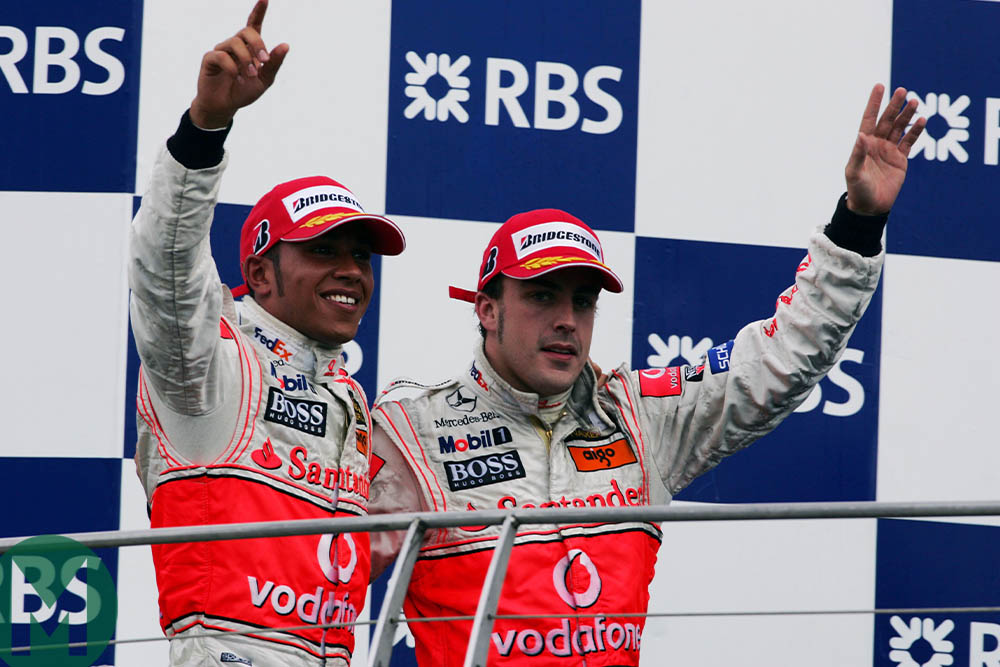 Leclerc knows those moves and signs, too. Did he not use the chaos of Monza’s Q3 go-slow to pull a fast one – or not, as it happened – on, ahem, team leader Sebastian Vettel?

And would Hamilton have been pushing so hard had it been Vettel in the lead on the approach to the Roggia chicane?

Ultimately he decided that points towards a sixth world title were more important for his legacy, but putting Leclerc’s genie back in its bottle is clearly an issue to be considered in the shorter term.

In the near future Hamilton might not feel so inclined to take to the grass in avoidance. Instead he will hold his (optimistic or otherwise) line and they will collide.

Leclerc knows that, too, but gambled (correctly) last Sunday.

Not every member of the nine was so precocious – Hamilton was 22 in 2007 – in terms of ability and attitude.

Four of them had celebrated their 30th birthday by the time of their joining.

One of them, Nigel Mansell, required 73 attempts to do so; and Mika Häkkinen – just turned 29 – required 97.

But hard-won maturity enabled these late-bloomers to then make hay while the sun shone.

Two of them indeed – Damon Hill in 1993 and Häkkinen in 1997-’98 – would add a third consecutive victory to their quickly burgeoning CVs. 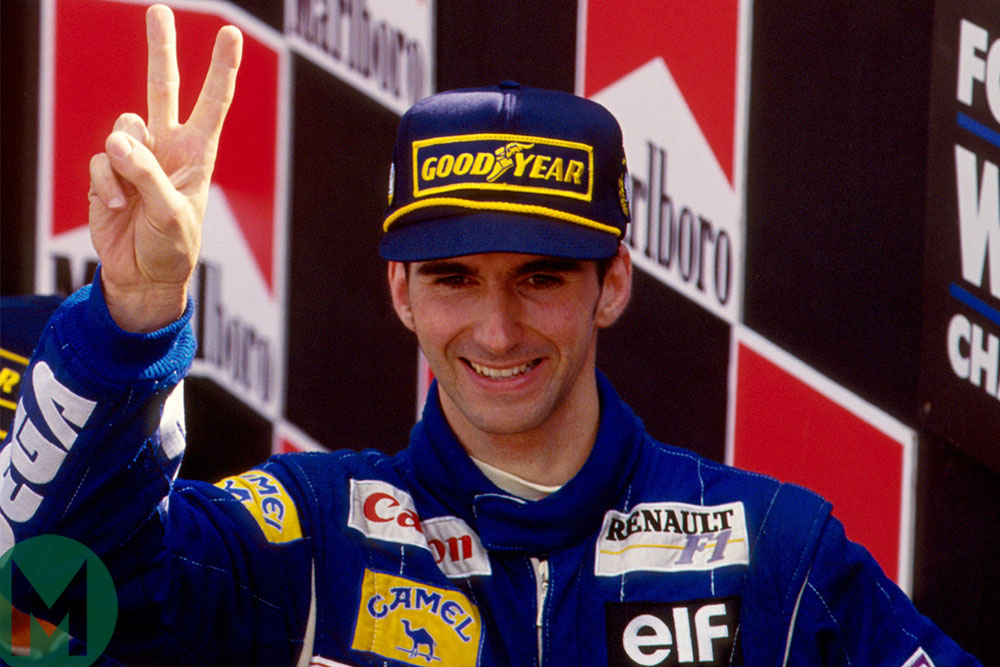 The former, with just two back-of-the-grid GP starts to his name prior to landing that prime Williams seat, benefited from the falterings of team leader Alain Prost for the first two – recompense for Hill’s previous near-misses at Silverstone (late engine failure) and Hockenheim (very late puncture) – but the third, at Spa, was a fine example of the modern way: a perfect blend of strategy, speed (at key moments) and serenity under pressure from Michael Schumacher.

Hill would again win three in a row – and four of the first five GPs – to lay the foundation of his 1996 world title.

Häkkinen’s first two wins – at Jerez in 1997 and Melbourne in 1998 – required the complicity of others, but the third, at Interlagos, was masterful: pole position and leading from start to finish, with fastest lap.

He would reel off three more batches of a brace of wins – and another the following year – as part of his back-to-back titles of 1998 and 1999.

Mansell, too, morphed suddenly into a serial winner – even though dismissive former Team Lotus team manager Peter Warr had presumably retained the “hole in my arse”.

Five wins from five – it should have been six – and eight from the first 10 GPs guaranteed ‘Our Nige’ the 1992 crown.

Even that hit-rate, however, pales alongside Alberto Ascari’s.

This brilliant front-runner then went on a tear, winning 11 of the next 14 to become the first double world champion.

Not every member of this elite, however, was so minded, so destined.

Peter Collins, former teenage tyro of 500cc Formula 3, was 25 when he benefited from the mechanical misfortunes of his Ferrari team leader Juan Manuel Fangio and won the Belgian and French GPs of 1956.

At the championship finale at Monza, however, he would willingly cede his car – and an outside chance of becoming world champion – to Fangio, stranded by another failure.

Collins explained his decision thusly: “All I could think of out there was that if I won the race and the championship I would become an instant celebrity. I would have a position to live up to. People would make demands of me. Driving would not be fun any more.

“I wanted things to go on just as they were, so I handed my car over to Fangio. I would not have been proud of beating him through his bad luck.”

Bruce McLaren’s first thought upon Cooper’s champion elect team leader Jack Brabham’s slowing, low on fuel, on the final lap of the 1959 Sebring finale was to stop to help.

It took much gesticulation and shouting on Brabham’s part to persuade his New Zealand ‘apprentice’ – just 22, and contesting only his sixth GP at the wheel of an Formula 1 car – to press onto victory.

Two months later McLaren won the opening round of the 1960 series. His was a steady drive in contrast to the unreliability of other, faster, cars.

But he’d earned his luck, by jingo. 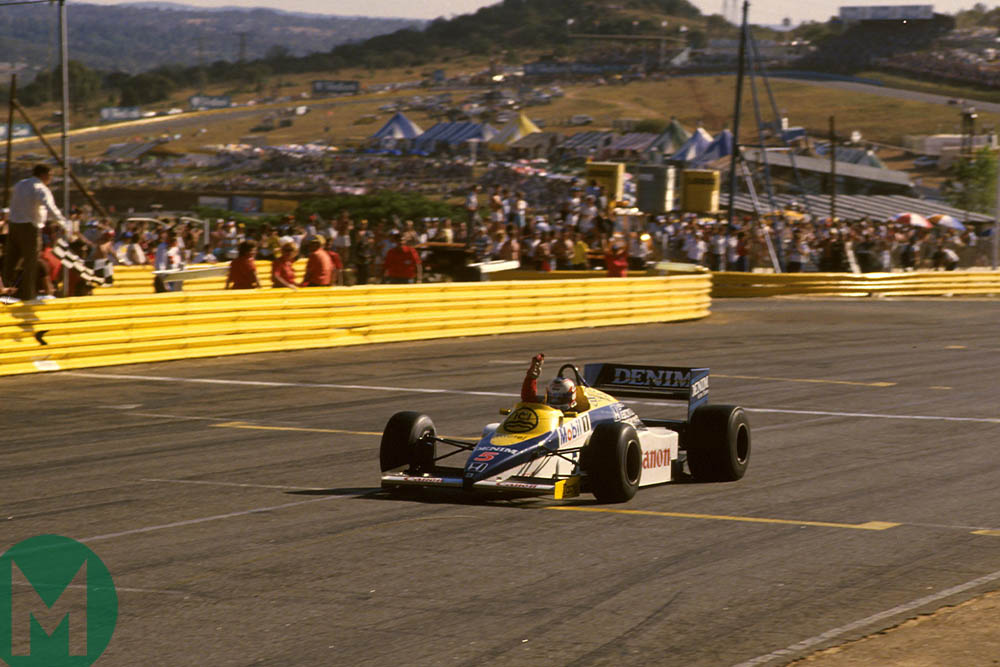 Two days by plane from Auckland to New York were followed by a missed Pan-Am flight to Buenos Aires that resulted in 36 hours aboard a droning DC3.

He slept 20 hours upon his arrival – and so missed the drama.

The ship carrying Cooper’s cars had had a piston collapse and so its precious cargo would not be served up beside the River Plate until the Saturday afternoon before the race.

Qualifying, therefore, was perfunctory – McLaren lined up 12th of 22 – but the race, held in searing heat, would be won by the stamina of youth combined with proven machinery.

Collins would win only once more at the highest level before his fatal accident at the Nürburgring in 1958. At the time he still seemed content to act as wingman, to Mike Hawthorn on this occasion.

McLaren would win only twice more before his unsurvivable crash at Goodwood in 1970. Though more driven than Collins, his true métier was as a leader of men.

And then last – and, in some crucial ways, least – there’s René Arnoux.

This writer has a soft spot for the little Frenchman, with his (mainly) virginal-white crash helmet and roguish dark side. 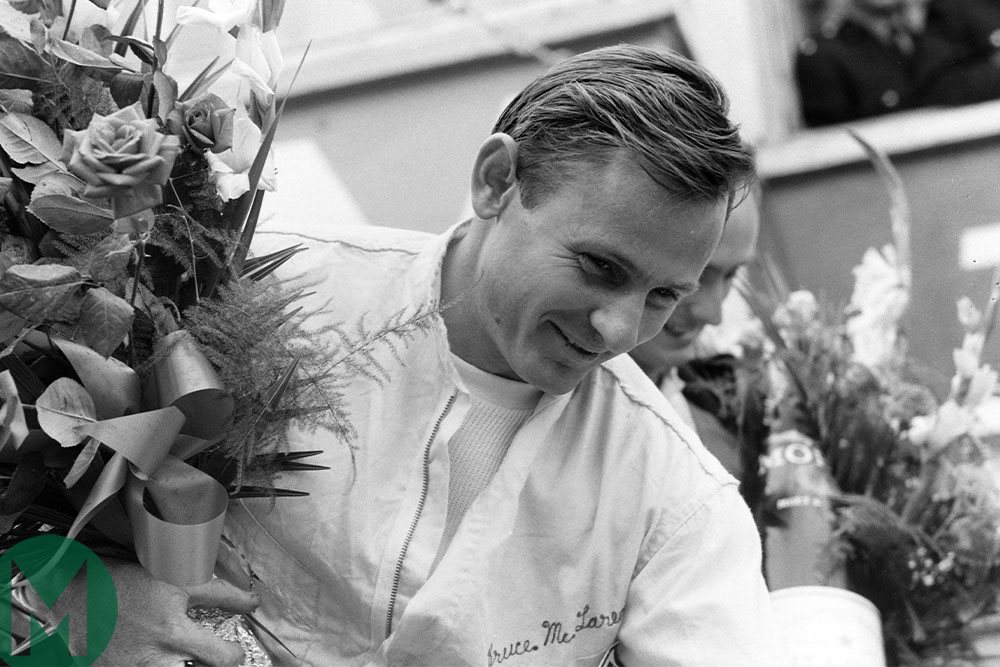 He is said to have cried with Renault’s Jean Sage rang to offer him the seat that rescued him from a drifting career.

Two pole positions, fastest laps and second places in 1979 reaffirmed the promise shown during an extended spell in Formula 2.

And back-to-back wins at Interlagos and Kyalami, both at the expense of team leader Jean-Pierre Jabouille’s noted bad luck, put the 31-year-old atop the table after three rounds of 1980.

Arnoux would slip to an eventual sixth in the points that season, and wouldn’t win again – as these groundbreakers failed to maximise the turbo advantage – until the 1982 French GP: a rebellious victory that marked his card with la Régie.

His subsequent combination with Ferrari was Formula 1’s fastest briefly in 1983. But a declining 1984 would lead to his summary sacking after just one race of 1985.

He would end his career as an unapologetic blocker with Ligier.

Inconsistent and unpredictable, a part of his charm, he’s hard to categorise – unlike Leclerc, who fundamentally is all the best bits (and more) of Arnoux and none of the bad.