Mercedes continues its ‘125 years of motor sport’ celebration with a 300 SLR, W154, Sauber C9 and Penske IndyCar on show at Pebble Beach, as well as the first public road run for the 1932 SSKL 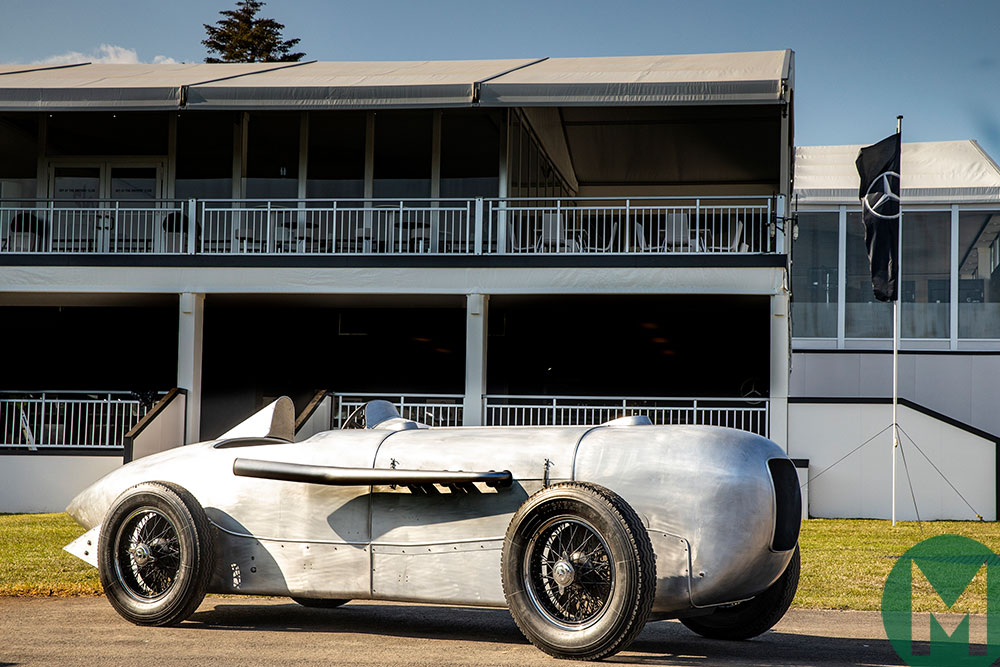 A reconstructed 1932 Mercedes-Benz SSKL streamlined racing car will be driven on public road for the first time Photo: Mercedes-Benz

Mercedes is holding its latest celebration of ‘125 Years of Motor Sport’ at the Pebble Beach Concours d’Elegance later this month, with a reconstructed Mercedes-Benz SSKL streamlined race-winning car from 1932 to be driven on a public road for the first time.

The celebrations mark the 125th anniversary of the Paris-Rouen Trial, which took place on July 22 1894 and is considered the very first competitive mass-entry motor sport event.

Mercedes honoured the milestone at the recent Formula 1 German Grand Prix, where both its cars ran in special white livery as a nod to the – likely apocryphal – tale about how the ‘Silver Arrows’ colours came into being, while team members dressed in 1930s’ period clothing.

The SSKL will be driven on public road for the first time at the famous Pebble Beach classic car event in California, on Thursday August 15, as part of its Tour d’Elegance. This is an exclusive drive for outstanding classic cars, that starts on the Portola Road in Pebble Beach at 9am – the vehicles having lined up from 7am – and returns to Pebble Beach at around 2pm.

The route leads to Carmel-by-the-Sea and takes in some of the lauded 17 Mile Drive coastal route along California’s Monterey peninsula.

Aerodynamics pioneer Reinhard von Koenig-Fachsenfeld designed a trailblazing streamlined body for the SSKL in 1932. On May 22 that year Manfred von Brauchitsch entered the SSKL in the international AVUS race, and the car’s shape was unusual to spectators of the time who promptly dubbed it the ‘gherkin’. Von Brauchitsch nevertheless won the race ahead of Rudolf Caracciola in an Alfa Romeo. 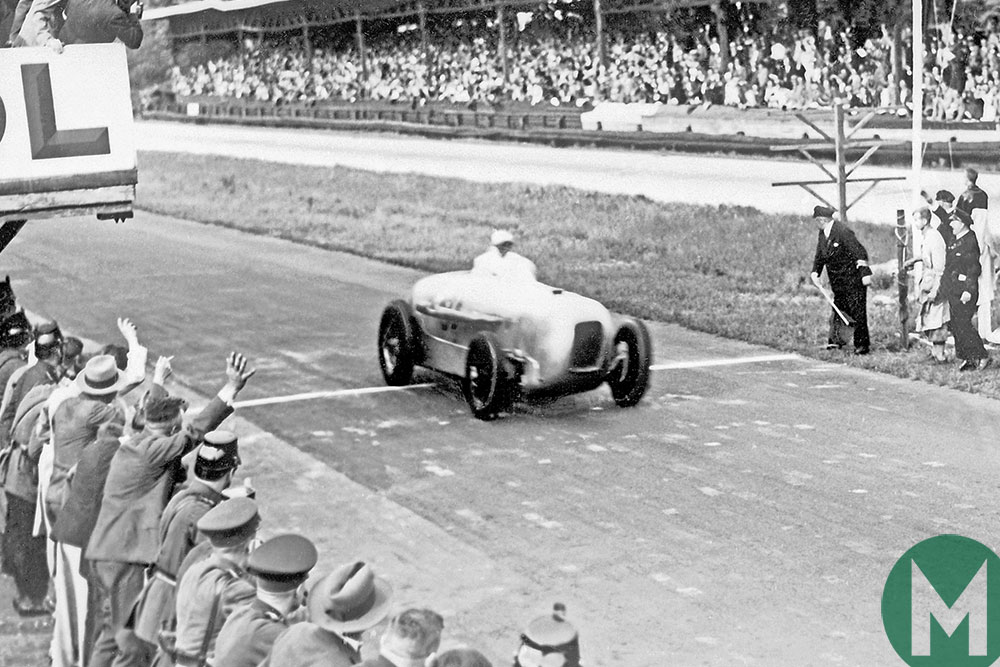 The unusually-shaped SSKL was dubbed the ‘gherkin’ by spectators Photo: Mercedes-Benz

The SSKL is considered a ‘missing link’ in Mercedes’ racing history, bridging the supercharged racing sports cars’ era of the 1920s with the legendary Silver Arrows of the 1930s.

Mercedes-Benz Classic reconstructed the SSKL with the highest level of authenticity, which included the lightening holes in the chassis, typical of the SSKL, being constructed according to the original drawings.

The SSKL will be joined on the Tour d’Elegance route by a Mercedes-Benz 320 N combination coupe, the W142, from 1938.

In addition, Pebble Beach visitors will be able to view a vast range of famous Mercedes cars on display in the Mercedes-Benz Star Lounge. 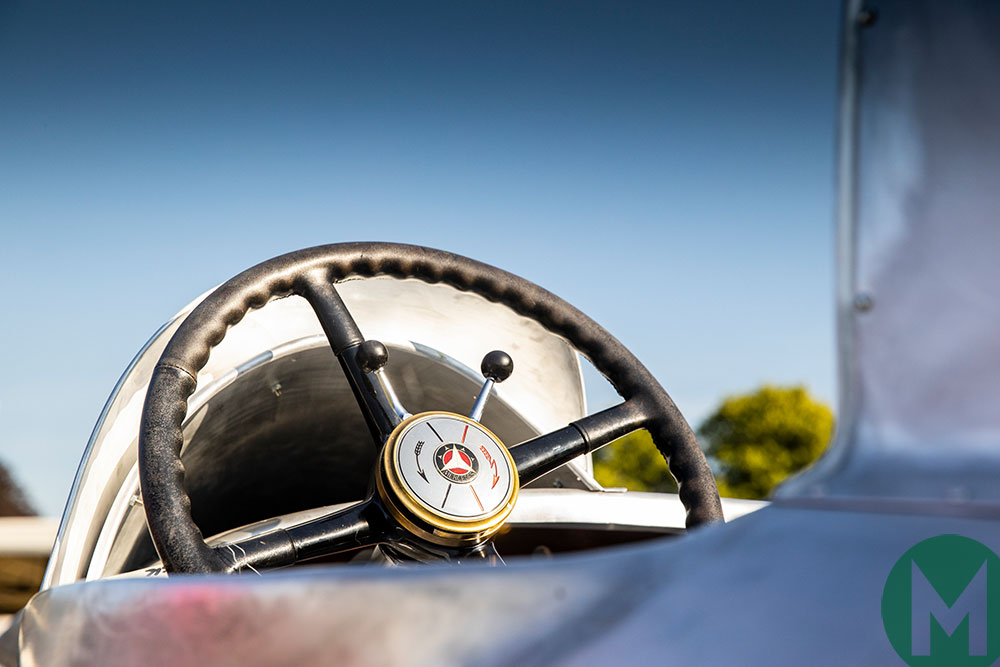 There will be a Daimler two-cylinder V-engine, representing the beginning of motor sport as well as the 125th anniversary celebration, as cars equipped with engines of this type won the Paris to Rouen race in 1894.

The lounge will be open from August 15 to 18, from 9am to 5pm, and will track Mercedes’ history going right back to 1886 and projecting forward to future models with a comprehensive presentation of the latest Mercedes-AMG high-performance vehicles.