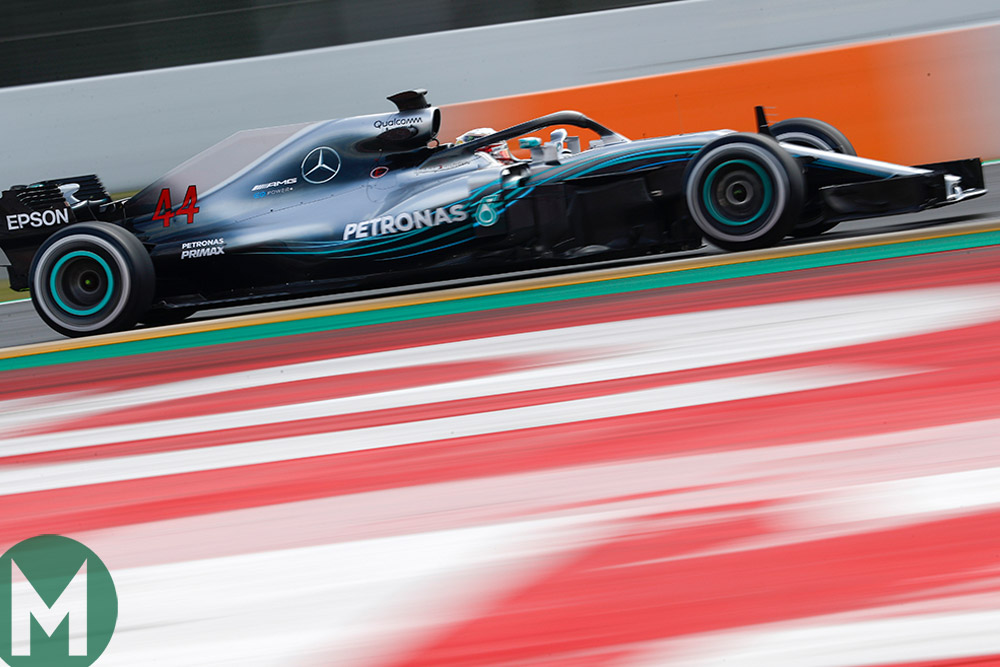 Mercedes took a familiar spot at the top of the final day of Formula 1’s first week of testing at Barcelona through Lewis Hamilton’s time of 1min19.333sec on medium tyres. The rubbering-in surface, newly paved and slowly drying out from Wednesday’s incessant snowfall, allowed Hamilton to go three-tenths quicker than Sebastian Vettel’s time previous benchmark set on Tuesday.

In second place was Stoffel Vandoorne, who completed 110 laps and set a fastest time of 1min19.854sec on hypersoft tyres, ahead of soft-shod Vettel who added another 120 laps to Ferrari’s tally. McLaren counterpart Alonso was fifth, behind Haas’ Kevin Magnussen, with a time of 1min20.929sec on the supersoft compound.

Behind Alonso was Carlos Sainz Jr, setting an impressive time of 1min940sec in his Renault on medium tyres.

Two red flags punctuated the day as Max Verstappen (ninth) took a trip into the gravel at Turn 12 in the afternoon. Lance Stroll, in seventh, also brought out a short red flag period, with around 30 minutes of the session remaining.

Red Bull ended the day having completed the fewest amount of laps, with Verstappen’s 35 on the board in a compromised session.

Topping the laps-completed chart over the four-day test was the Honda-powered Toro Rosso, with 324 laps ahead of Mercedes’ 306. Force India completed just 166 laps over the first test.