Lewis Hamilton says that he is devastated after testing positive for Covid-19, forcing him to miss this weekend’s Sakhir Grand Prix in Bahrain.

This season’s F1 champion is isolating after waking up on Monday morning with mild symptoms, the day after winning the Bahrain Grand Prix. He took a test, which came back positive, as did a retest.

He says that he’s currently feeling well, and the symptoms have not worsened. Hamilton was told on Monday that he had been in contact with an individual, before arriving in Bahrain for last weekend’s race, who had subsequently tested positive for the virus.

“I’m devastated that I won’t be racing this weekend,” he said in a message on social media. “Since we started the season in June, my team and I have been taking all the precautions we possibly can and following the regulations everywhere we’ve been in order to stay safe.

“Unfortunately, even though I returned three negative results this past week, I woke up yesterday morning with mild symptoms and requested another test which came back positive. 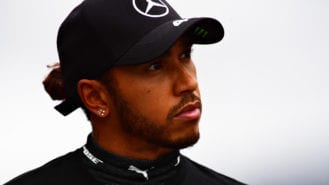 MPH: 'Covid let me focus on my weaknesses... I'm getting better' — Hamilton

Mercedes announced the result this morning. “The entire team sends him our very best wishes for a swift recovery,” it said.

The team will appoint a replacement to fill Hamilton’s much-envied Mercedes seat, with reserve driver Stoffel Vandoorne a likely candidate.

Vandoorne is currently testing with the Mercedes Formula E team in Valencia and was always due to be in Bahrain for the race.

Simulator driver Esteban Gutierrez is another potential candidate, as is George Russell, who is part of the Mercedes programme. However, Williams may be reluctant to release Russell given the high-speed nature of Bahrain’s Outer Circuit, which will be used for this weekend’s race, giving the team one of its best chances of a points finish.

Hamilton’s enforced isolation means that he cannot now reach the milestone of 100 pole positions this year, and will not be able to equal the record of 13 wins in a single Formula 1 season.

He’s the third driver this year to miss a race due to Covid-19, after Racing Point team-mates Sergio Perez and then Lance Stroll tested positive earlier this year, when they were replaced by Nico Hülkenberg.

“I’m gutted not to be able to race this weekend but my priority is to follow the protocols and advice to protect others,” wrote Hamilton. “I’m really lucky that I feel ok with only mild symptoms and will do my best to stay fit and healthy.” 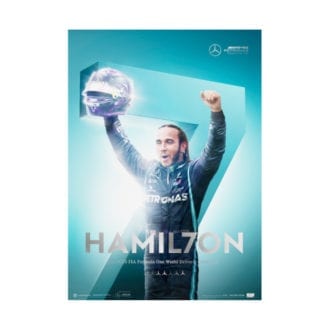