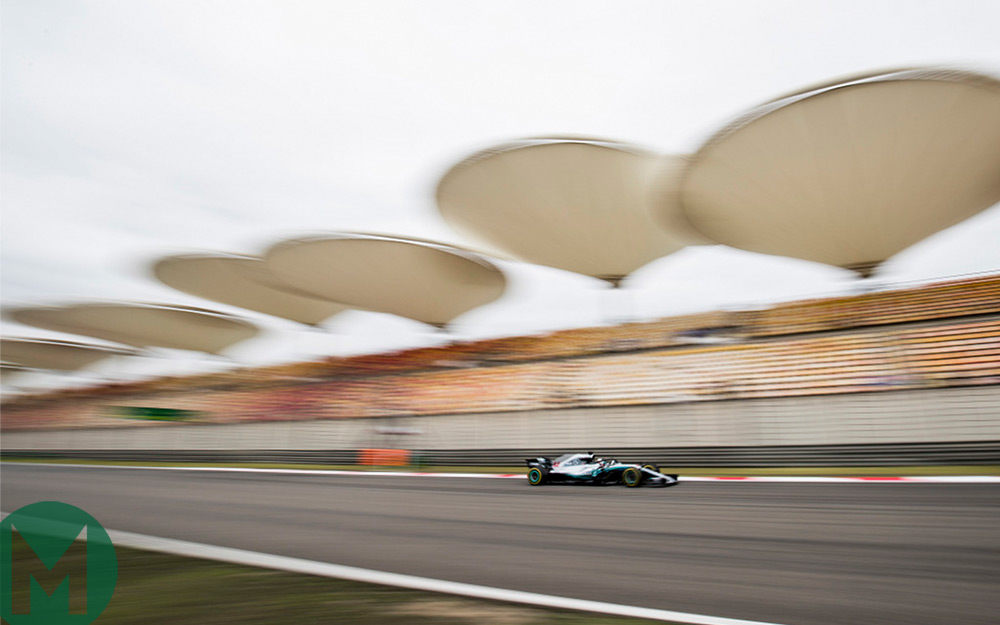 Hamilton had been dominant in the morning practice, more than three-tenths clear of the field, but the gap reduced to just 0.007sec in FP2. Bottas in third was just 0.033sec back, with Vettel also just a tenth back in second practice. The German had earlier finished sixth in FP1.

Rain reduced the teams’ running in the second of the day’s sessions, falling shortly after McLaren’s Stoffel Vandoorne stopped on track with an unsecured wheel – the latest in a series of pitstop errors up and down the pitlane this season.

Daniel Ricciardo, fourth in FP1, ended the second practice in ninth following a mistake on his flying lap, ahead of Fernando Alonso in 10th. The Force Indias of Sergio Pérez and Esteban Ocon were split by Toro Rosso’s Pierre Gasly, who heads to China off the back of his best ever result and Honda’s best since its return.

Vandoorne ended the session 14th, with Brendon Hartley again adrift of his impressive team-mate in 15th. Sergey Sirotkin headed the two Saubers of Marcus Ericsson and Charles Leclerc, with Lance Stroll at the foot of the field following a scrappy afternoon.

The Canadian had been 0.3sec adrift in the morning session, too.

For full analysis of the Chinese Grand Prix, sign up for the Mark Hughes newsletter to receive the in-depth Grand Prix report direct to your inbox.