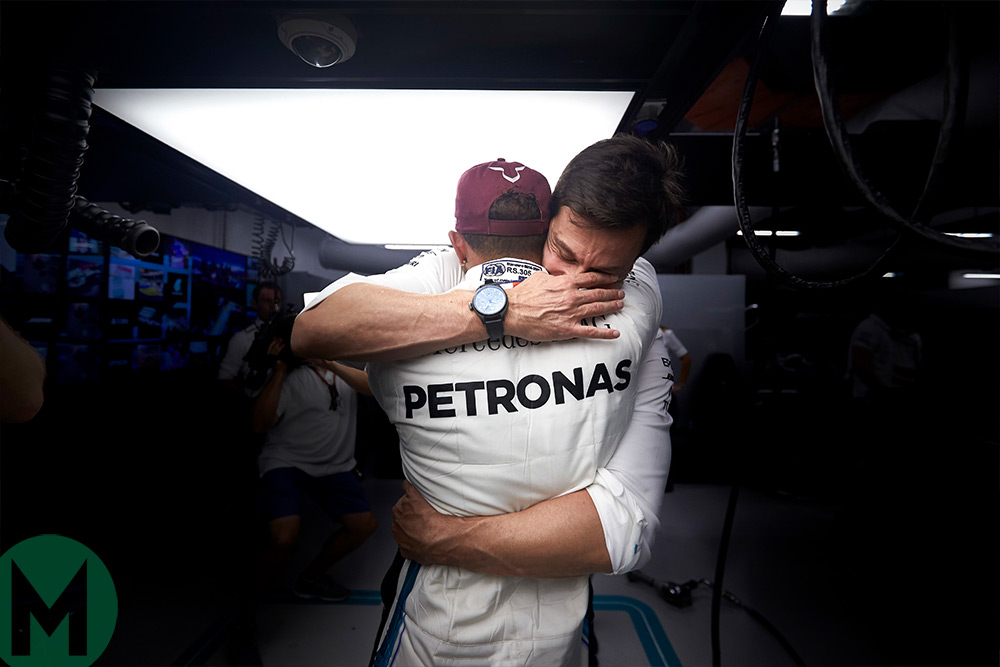 The Mercedes driver needed to finish seventh or better to wrap up the title in Mexico, regardless of rival Sebastian Vettel’s result, or hope Vettel failed to win the race.

Hamilton, having qualified third behind the Red Bulls of Daniel Ricciardo and Max Verstappen, and alongside Vettel on the second row of the grid, briefly challenged Verstappen into Turn One for the lead. But, as tyres suffered from heavy degradation throughout the field, Hamilton dropped back to fourth place at the flag – dramatically so when he ran wide, gripless, to allow Ricciardo through – as Verstappen cruised to his first win since the Austrian Grand Prix in July. That race was also the last time Hamilton finished outside the podium places.

Vettel could manage only second, inheriting the position behind Verstappen when Ricciardo suffered his seventh retirement of the season, with Räikkönen claiming third.

Hamilton, 33, is now tied with Juan Manuel Fangio on five championships, having won the title in 2008 with McLaren and 2014, ’15 and ’17 with Mercedes. He is two shy of Michael Schumacher’s record seven world championship wins, but has two seasons left to run on his current contract.

“It wasn’t won here [in Mexico], it was the hard work throughout the races,” Hamilton said following the race. “I’ve been with Mercedes since I was 13, so to complete this where Fangio did it is surreal.

“I wouldn’t be here without my family, it’s a very humbling experience.”

Sign up to the Mark Hughes newsletter below to receive his comprehensive report direct to your inbox.