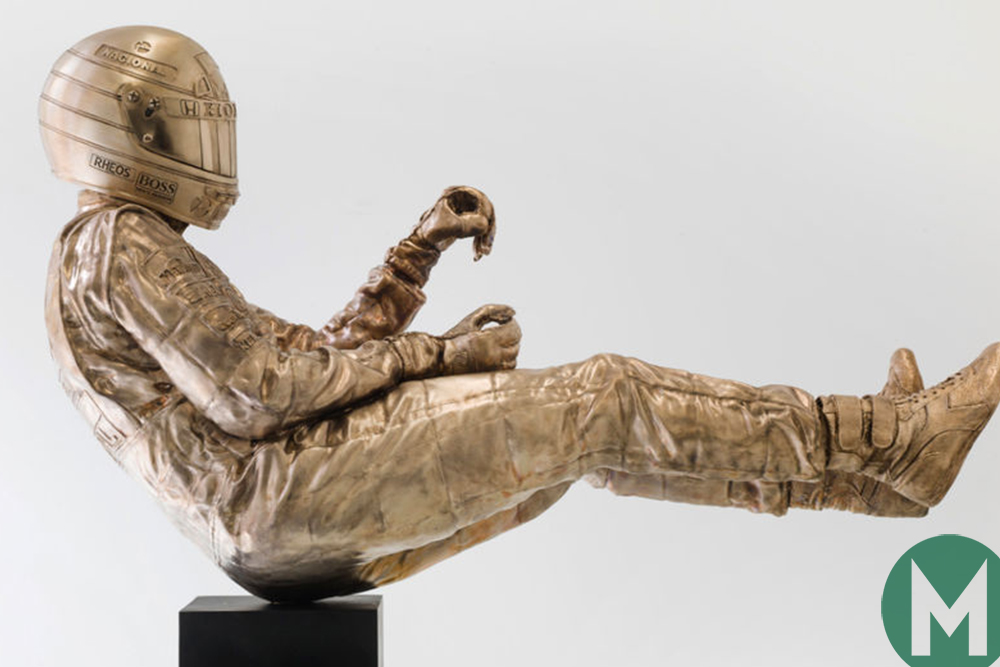 You may have seen a stunning life-size bronze statue of Ayrton Senna driving through Eau Rouge that was unveiled at the Autosport International Show.

The statue portrays Senna in the unusual pose of driving through the fabled Spa-Francorchamps corner in his cramped Formula 1 cockpit.

It weighs in at some 160kg of raw bronze and took more than a year to complete by sculptor Paul Oz and his team.

They used hundreds of 2D images to create a 3D model. The model was then resurfaced in clay, with detail such as the patches on Senna’s overalls added. Then wax casts were made of the clay model and the statue was finished in a foundry. Well, that seems like the short version of the process, anyway.

This is a wholly official project: just three life-size statues will be created, with one sent to the McLaren Technology Centre, the other to Brazilian non-governmental organisation Instituto Ayrton Senna and the third available for sale.

And if that’s out of your budget then there are some smaller statues available, with 41 ‘wind-tunnel’ versions setting you back £49,000.

“It’s a position alien to most and even many F1 fans don’t appreciate how extreme it is, even back in the 1990s, although more so now.

“If there’s one thing I am happiest about with this statue is the dynamic and balance of the position.”