It’s funny how time can alter perception. Give it a few years and those metaphorical spectacles tend to get more rose-tinted as the seasons pass by. Today’s villain later becomes tomorrow’s knight in shining armour. But why does it almost always happen way too late?

The problem with domination of a sport is that inevitably, it splits opinion and currently, there is no driver anywhere in the world who splits opinion quite like Lewis Hamilton.

Hamilton is, unquestionably, the greatest Formula 1 talent of his generation, and he has the stats to back up a claim that, just perhaps, he may be the greatest driver ever to step into a grand prix car. That’s a subjective statement of course, as comparing drivers across different generations is a general impossibility, but it goes without saying that Hamilton has achieved more across his career so far than any other – repeatedly breaking records that were previously thought unbreakable.

But why is he still seemingly so unpopular? Check any social media post about Hamilton winning a grand prix, or speaking his mind about something, and an overwhelming proportion of comments will be negative. And it’s such a shame because it paints a distinct picture of a racing prodigy hugely unappreciated in his own prime. And he wouldn’t be the first.

Let’s look at Michael Schumacher as another example. With 91 grand prix wins and seven world titles – five of which were on the trot – Schuey was a force of nature the likes of which had never been witnessed before in Formula 1. Yet, during his all-conquering 2002 and 2004 campaigns (when he won 11 and 13 races respectively) he was accused of killing the sport, sapping the interest out of F1, forcing viewers to switch off because it was no longer a competition. Then add in his dubious on-track tactics – ramming Damon Hill, parking up during Monaco qualifying, playing political games as and when he could – and Schumacher became the pantomime villain. The driver people loved to hate. 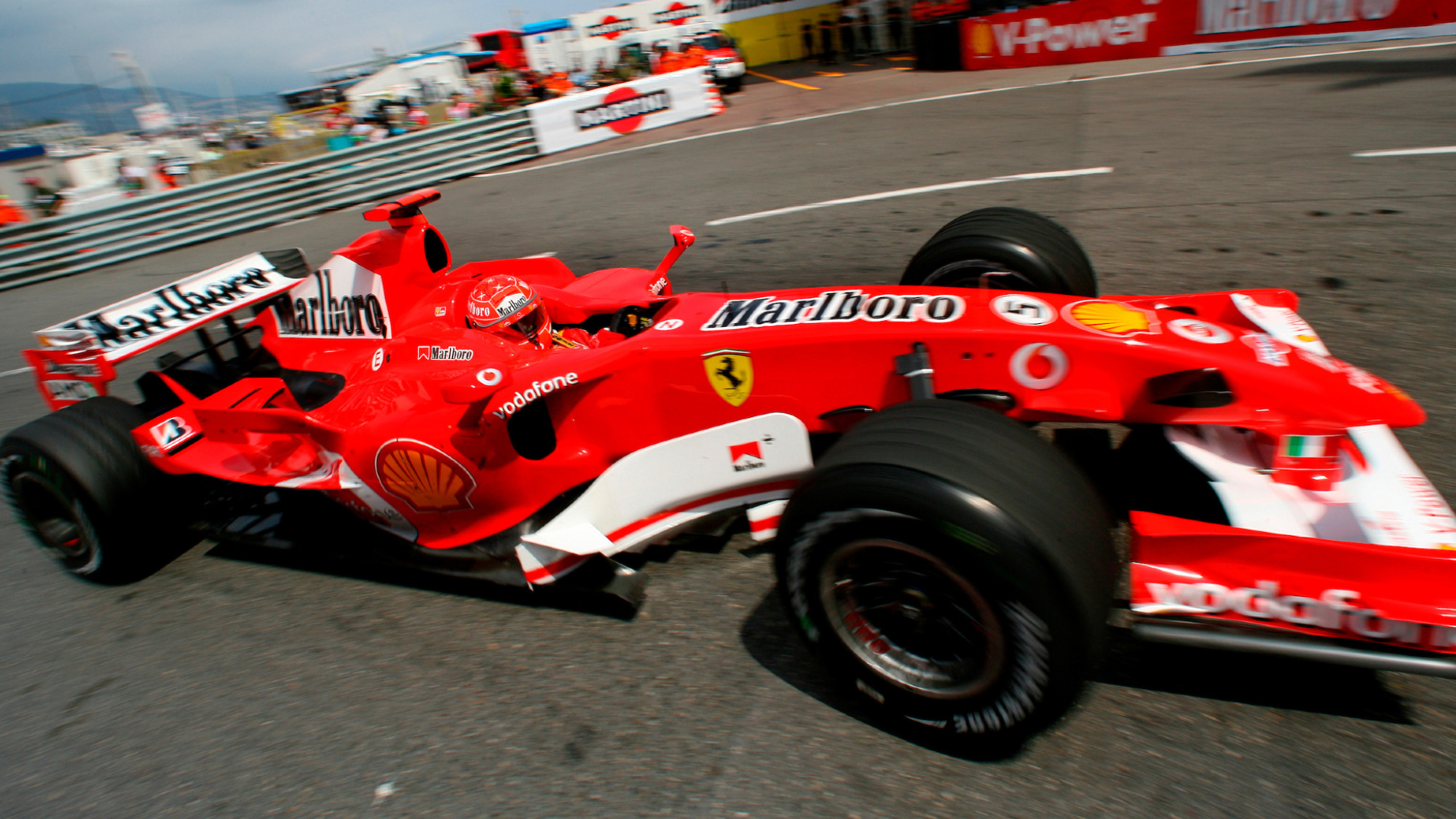 Yet, when he retired at the end of 2006, F1 lost one of its defining personalities. The sport was left like Wacky Races without Dick Dastardly, with only Felipe Massa left in the likeable but ultimately less entertaining role of Ferrari’s Muttley.

Domination breeds dislike. It’s a simple fact. Factions grow tired of others enjoying long runs of success, but as soon as that success stops, perceptions begin to change. When Schuey returned with Mercedes, fourth places were cheered by all and his sole podium finish at Valencia in 2012 was celebrated like a victory. Odd, for somebody who was booed during so many actual victories.

The same goes for social media recently lauding Sebastian Vettel for simply making it to Q3 in Portugal this year with an Aston Martin. Isn’t this the same bloke that so many termed ‘boring’ and ‘arrogant’ when he was winning 11 races a season and four world championships..?

Now, many will happily argue for Schumacher as the greatest of all time, wilfully forgetting his former villainous ways and that string of near-untouchable Ferraris that carried him to the bulk of those wins. Perhaps some do so purely because it would simply come as a detriment to Hamilton? That’s build ‘em up to knock ‘em down psychology for you…

In contrast to Schumacher, Hamilton rarely dabbles in politics, and certainly doesn’t resort to dirty tactics to win races.

So perhaps it’s Hamilton’s off-track activities that rankle the most with people. His calls at races and on social media to whip up support for various causes – such as environmental concerns and his current quest for racial equality.

A different dress sense? A push for social equality? Hamilton gets plenty of online criticism despite his racing record

Yes, there have been some hypocritical moments, such as Hamilton filming himself doing a litter pick on a tropical beach and preaching about cutting pollution, yet undoubtedly flying his private jet there to do that. But at least he did do the litter pick. Nobody forced him to tidy up a beach or two. Plus, his reach is now great enough that he has the influence to persuade others to do the same – albeit without the private jet part. Hamilton has since sold it anyway as he aims to cut down his carbon footprint.

But again, being outspoken over a specific cause has landed other now-revered drivers in hot water during their day. Let’s not forget that this title’s own Denis Jenkinson once got into a war of words with Jackie Stewart over his constant campaigning for safety improvements in the sport.

After Stewart successfully convinced sports car drivers not to race at the Spa 1000km until the track made what he considered to be vital safety upgrades, Jenks once wrote that “a certain beady-eyed little Scot” had used his “pious whinings to brainwash and undermine the natural instincts of some young and inexperienced newcomers to grand prix racing and removed the Belgian Grand Prix from Spa-Francorchamps. Can you really ask me in all honestly to admire, or even tolerate, our current reigning world champion driver?”

Such comment naturally provoked a response from Stewart, who made it clear within this magazine’s pages that he cared not what Jenks had to say about him or his campaigning, adding “such men are hypocrites, the only consolation being that in years to come they will probably be looked back on as cranks.”

And what happened? Stewart got his way, safety was improved, the grand prix did move back to Spa, and after his retirement following his third world championship crown the former enemy of the sport Stewart was transformed into a visionary pioneer who helped F1 into a new age of safety and prosperity. The latter view has rightly stuck ever since. Sorry, Jenks…

And then there’s Niki Lauda. Quite rightly now revered as one of the greatest grand prix drivers of all time. Fearless, with unnerving commitment and with a technical knowledge to rival many of his own engineers. But back in his day… well, he wasn’t thought of quite the same way. 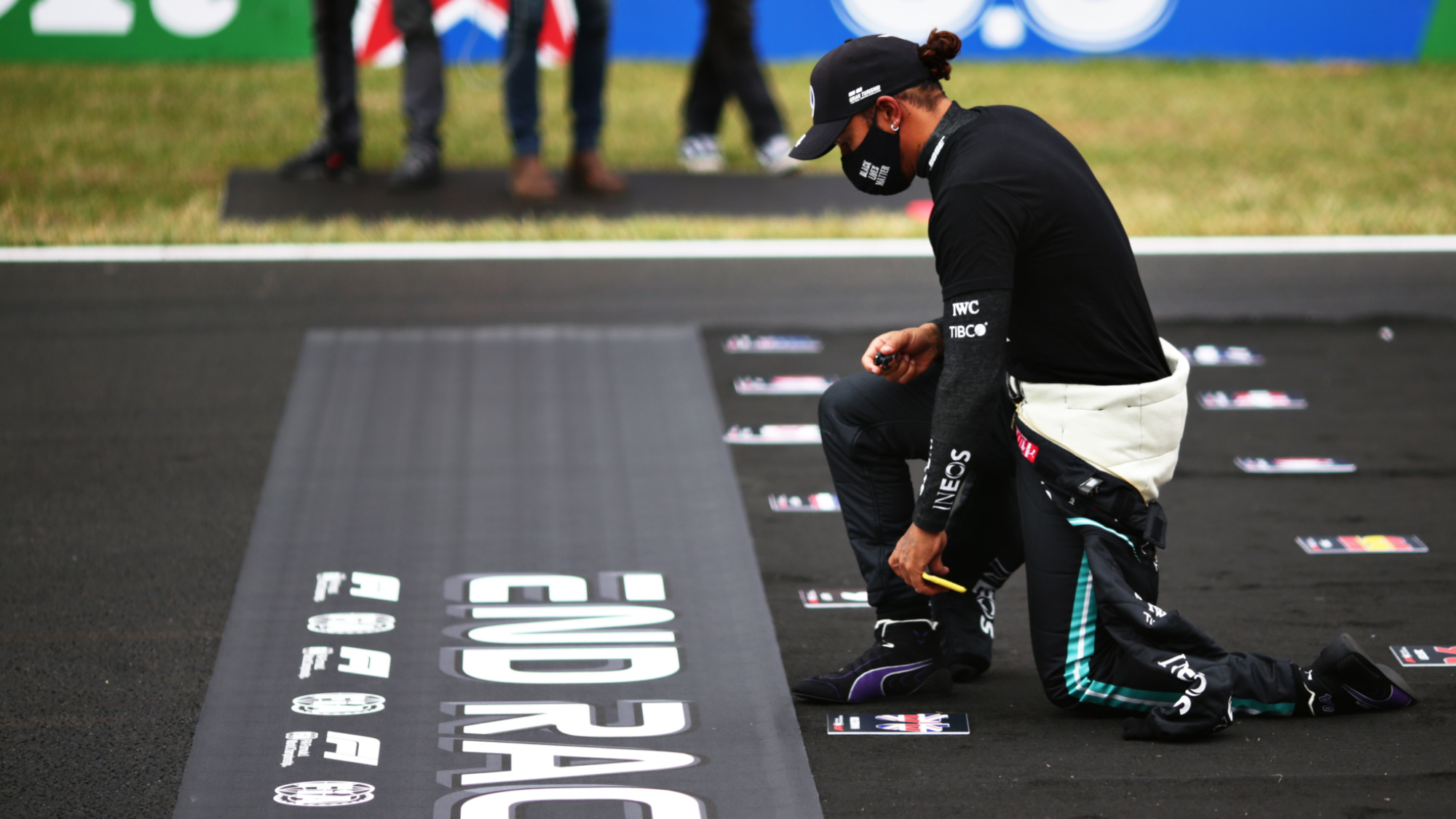 “My ex-wife [Marlene] use to say that when I went racing I was the biggest arsehole in the world – and she was right,” Lauda said during a 2017 interview. “I never had any friends. Not least real ones anyway. In my times when it was very dangerous, I had to put myself into a position to 100% concentrate on my job because if I made a mistake, I kill myself. Simple as that. That meant blocking out everything that wasn’t driving and do the job. But this ended up in a way that my own wife hated me being a racing driver, because she thought it made me crazy.”

Lauda often came off as arrogant, distant and stubborn. He wasn’t especially well-liked by his peers in the paddock, he organised and led drivers’ strikes and boycotted races when he felt like it – hardly a recipe for overbearing popularity. However, Lauda’s outspoken nature that made him a prickly character in period became a ray of sunshine through an otherwise grey paddock during his days working for Mercedes-AMG F1. In a time when drivers were scared to say anything at all, Lauda could always be counted on for a fruity comment. Never one to hold back on what he thought, what perhaps was his Achilles’ heel became a seriously redeeming feature of his character later in life. Plus, the time elapsed between his driving career – and that heroic return to duty after his fiery crash – only acted to highlight the genius behind his perceived madness.

Both Lauda and Stewart focused their campaigns on safety improvements, but in the modern day that war has been fought and resoundingly won and we now have the safest version of Formula 1 ever, so Hamilton has had to find a new battleground to spread his message. Perhaps his choice of topics isn’t to everybody’s taste (sorry, Lewis, but I’m definitely not going vegan anytime soon…), but neither were Stewart or Lauda’s in their respective eras. But what mattered was their voices eventually did make a difference for the better, and once the hubbub had subsided, their respective talents were seen as something to cherish, not deride.

Who knows if the same will happen with Hamilton in years to come? And for once that horrible old adage of ‘only time will tell’ is accurate. It’s virtually guaranteed that Hamilton will go down in sporting legend regardless, but it would be nice to see his world-beating talent get the wider level of respect that it deserves, especially while he’s still driving, and winning.