Think of a German F1 driver and almost everyone will say Michael Schumacher. Even now in retirement (x2) he is still the answer of choice before the current three-time champion Sebastian Vettel.

I doubt winning his home Grand Prix will make a huge difference to people’s answers but you never know. Some German journalists said last week that ticket sales weren’t good at the Nürburgring as none of the German drivers on the grid at present were really that popular. It seems there is still a longing for Schumacher. 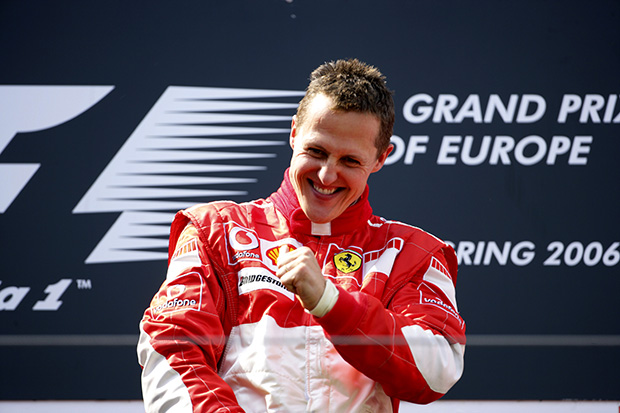 En route to Germany, I went to see Michael Schumacher at his place in Switzerland. It is a wonderful equestrian ranch which is idyllic, peaceful and set in gorgeous countryside. He was staying there for the weekend and not going to the German Grand Prix. He doesn’t expect to go to any F1 races this season but I really wanted to do an interview with him about the current state of F1.

Michael is still a big topic of conversation and a real crowd puller. GQ, in which many current sportsmen would love to feature, was there too, interviewing him and doing a photo shoot. Unusual for a retired sportsman.

You never know when you get to an interview how chatty the subject is feeling but Michael spoke openly about his thoughts on Mercedes and the work he’d put in to get the team towards the front. He spoke of his friendship with Sebastian and the happiness of retirement – although karting development is still pretty high on his agenda.

He was typically outspoken on tyres, saying how he had flagged up the situation in Bahrain in 2012 and is happy that he is not having to compete in F1 driving at “50 or 60 per cent, as that is not what a racing driver should be doing”. But ultimately is he missing Formula 1? “No,” was the answer. The interview will go out on our BBC show at Spa. 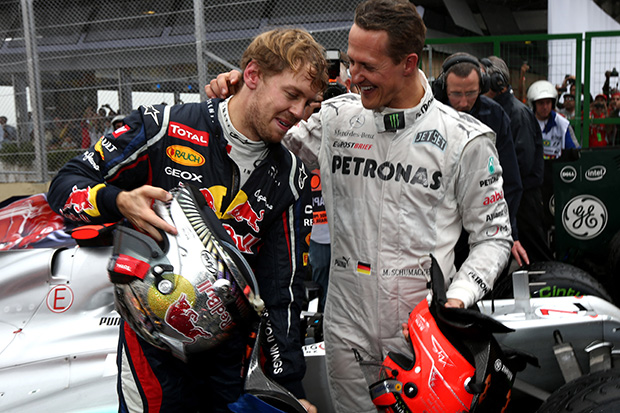 Schumacher and Vettel are friends; that has never been a secret. There are big similarities between them but some differences too. I do think that Vettel cares a lot more about how he is perceived in the media and by the fans. He jokes around more and takes himself less seriously, but the resolve is still the same as Schumacher’s. He wants to win. The end game must always be the same. How close he will get to Michael’s records and legacy remains to be seen.

Sebastian claims he is not a fan of stats but here are a few, just in case he reads this! Until Sunday he had never won his home Grand Prix, never won a race in July, and amazingly hadn’t won a race in Europe since the Italian Grand Prix in 2011! That seems a long time for some who has been collecting world championships. Maybe that is a reflection on the current calendar too.

My calendar sees me heading to the Goodwood Festival of Speed this weekend. It is an event that I always enjoy going to, as do the drivers; so much so that Nico Rosberg donned a disguise and wandered around the whole event a couple of years ago. When I say disguise it might have been a hood and sunglasses, but not many other F1 drivers would have done the same. 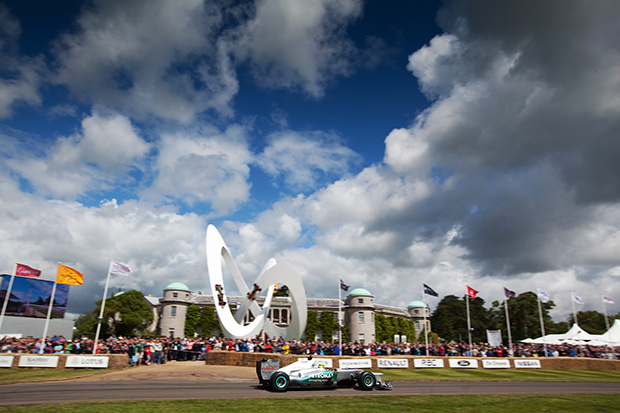 It really is a wonderful event and one that I always look forward to, especially when the sun is shining. Hopefully I’ll see some of you there.