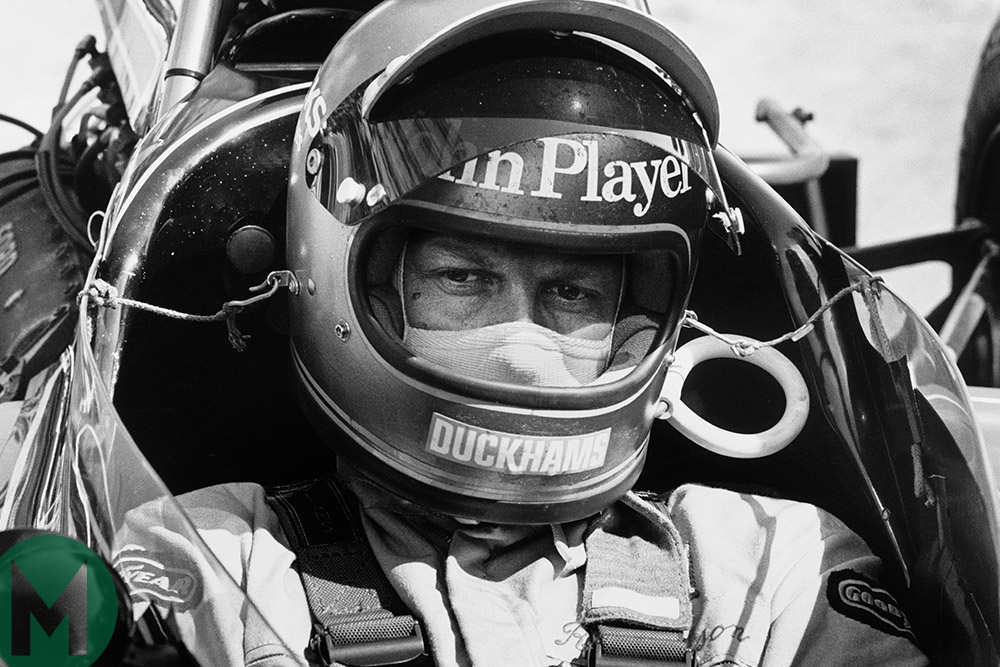 Keith Leighton was the engineer/fabricator/mechanic whom Ronnie Peterson insisted join him at Team Lotus in 1973.

They’d “grown up together” at March in Formula 2 and developed a strong bond as ‘Mad Ronald’ morphed into ‘Superswede’.

But Lotus’s was a very different environment.

“[Team manager] Peter Warr put up a big barrier between drivers and mechanics,” says Leighton. “Ronnie would get out of the car and immediately be whisked away.

They had first met when Leighton joined nascent March from Cosworth in January 1970: “I’d worked with [March co-founder and chief designer] Robin Herd on Cosworth’s four-wheel-drive F1 car. But when that project was halted there was nothing left for me on the development side.

“I was tasked with running the production department but didn’t enjoy it. I was just a kid telling all these 40-year-olds what to do. No wonder they all hated me!

“The only thing I did there was put a BDA [engine] in a Ford Escort and run it up and down the M1.”

Oh, and moonlight with Herd and John Thompson on the structures of the first March F3 car – to be driven by Peterson in 1969 – and on updating the Brabham BT26A that provided the Formula 1 stepping stone for Frank Williams when Piers Courage drove it to second place at Monaco.

“F2 was a big family and everybody respected Ronnie.”

“There was just a skeleton staff at March,” says Leighton. “They had no money to pay us and they worked us like dogs. Within weeks we’d built five F1 cars and three F2s plus F3s and Formula Fords. Never has so much been done by so few for so little.”

The departing Leighton had been forbade by Cosworth from joining an established F1 team for fear of his imparting insider knowledge; he had after all built the DFV that Jim Clark’s Lotus 49 used to memorable victorious effect at Zandvoort in 1967.

F2 with a semi-works March team in 1970 was another, less serious matter.

“It was great fun – but the car [702] was shit,” says Leighton. “Ronnie kept crashing and we were forever rebuilding and repairing it. Lucky that it was a spaceframe.

“But we couldn’t blame him because we knew how hard he was having to drive it. He had no margin of error whatsoever.”

When Peterson spun from the lead at Rouen in June, his mistake was put down to ‘sheer surprise!’ 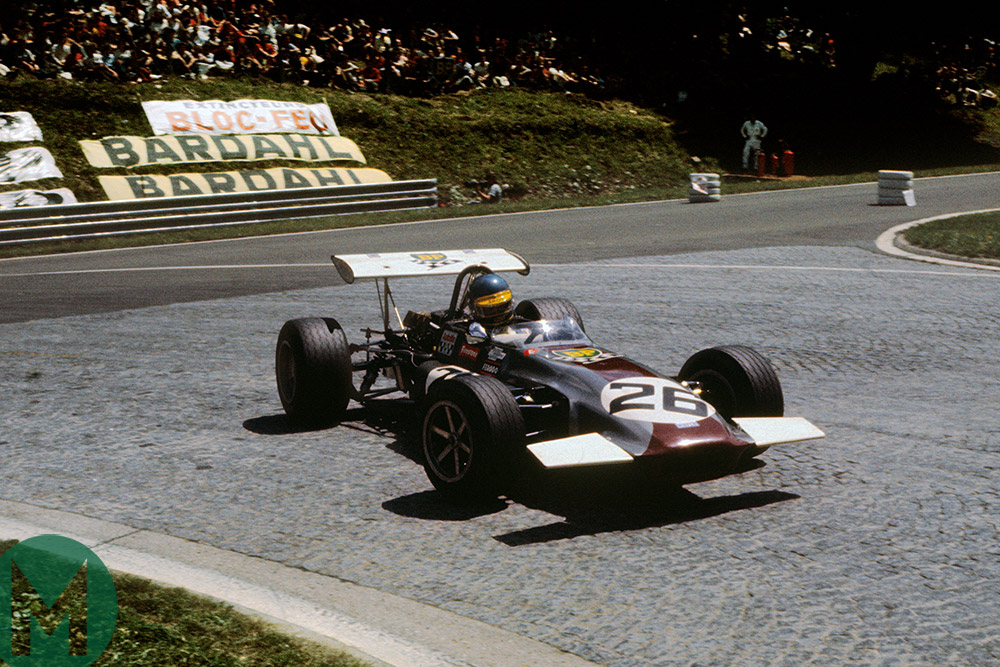 Leighton: “[Team boss and team-mate] Malcolm Guthrie christened him ‘Mad Ronald’ mainly because he couldn’t get within 2-3sec a lap of him. And François Cevert couldn’t believe how fast Ronnie was going in such a bad car. He was genuinely concerned and warned him to slow down.

“F2 was a big family and everybody respected Ronnie. Even when probably he had the best car [in 1971] they could still see that he was driving the shit out of it.”

That monocoque 712M would become the bedrock of March’s survival after its starburst arrival of 1970 had caught the eye but failed to cross the ts.

“Ronnie and I spent six or seven weeks during the winter testing it at Kyalami,” says Leighton. “We tried something new each day and made it better and better. Eventually, however, we became so bored that we swapped jobs. Not a good idea, as it turned out.”

Despite this promise the season did not begin well, Peterson’s works car crashing from the lead at Mallory Park in March due to steering failure.

“It was a design fault,” explains Leighton. “There was no crack-testing back then. No strain gauges. Instead we’d search through parts catalogues and go, ‘Ooh, that looks good.’

“I’d arrived at Mallory on the morning of the race having driven directly from Heathrow. I wasn’t heavily involved.”

“We’d have been arrested the moment we set foot in France.”

A chastened Peterson changed that.

It would be wrong to suggest, however, that results improved dramatically immediately thereafter. Invariably on pole, Peterson was outfumbled by veteran Graham Hill in slower traffic on the penultimate lap at Thruxton and crashed at the Nürburgring.

He also suffered a spate of engine failures.

“Novamotor’s FVA was better than our Brian Hart version,” says Leighton. “We kept telling Brian… Eventually I borrowed and fitted Novamotor valve springs at a track and the difference was huge. We’d done Brian a favour because he upped his quality after that.”

Peterson promptly won at Rouen, at Sweden’s Mantorp Park and Kinnekulle Ring, and at Brands Hatch and Austria’s Tulln-Langenlebarn.

Leighton: “He was still destroying the car, though. Not by crashing it but by driving it at the limit. We had to weld in gussets where the monocoque had been flexing.”

Then, with the European title within Peterson’s grasp, another engine problem reared its head.

“We had to ‘steal’ a brand new one intended for Jean-Pierre Jaussaud,” says Leighton. “It was just laying there doing nothing. Seemed a shame to waste it.

“But somebody from his side of the operation [five cars between two teams were being run en bloc from March’s Bicester HQ] told him and he placed an injunction on us: we’d have been arrested the moment we set foot in France.

“So we had to drive to Vallelunga in Italy via Ostend in Belgium, Germany and Austria – a nightmare journey.”

Happily Peterson won that Rome GP and the championship – “See! You’ve got a great engine. You should be happy” – and everything came out in the wash.

He also finished runner-up to Jackie Stewart in the F1 standings thanks to four second places in March’s 711, with its raised Spitfire/tea tray front wing.

This Swede was clearly super.

Lotus’s Colin Chapman, however, had coveted him ever since witnessing Peterson’s sliding a March 701 around a wet Monaco prior to his F1 debut there in 1970.