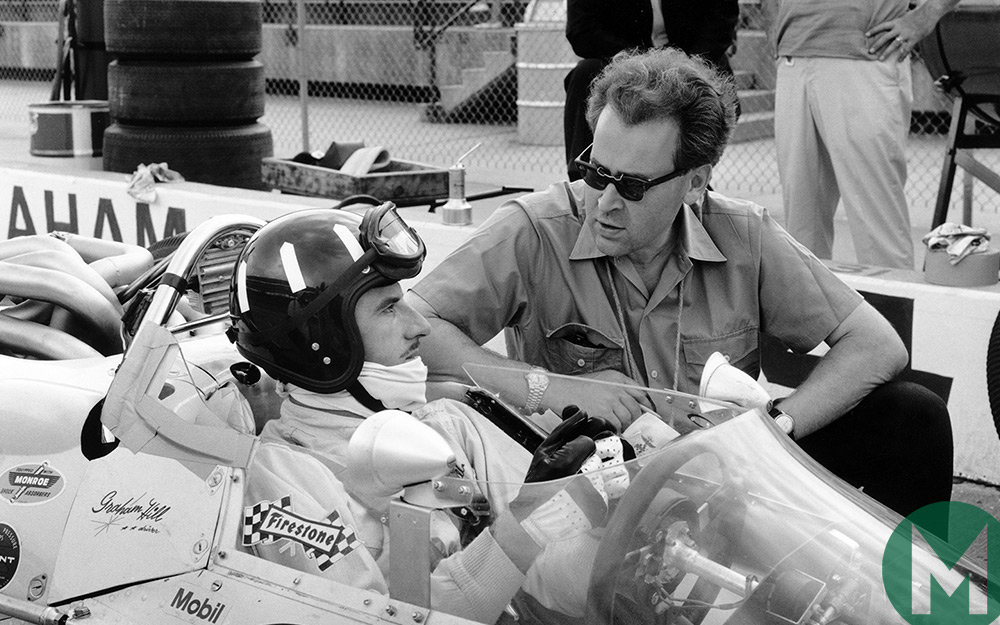 The era in which Broadley lived and worked was golden. One where slide rules, drawing boards and intuitive engineering were the order of the day. No CAD. No CFD. No endless simulation or foregone conclusions. Lest we forget, the ‘60s and ‘70s were pioneering days that saw aerodynamic emphasis switch from minimising drag to maximising downforce, treaded tyres make way for slicks and a shift from spaceframes to monocoques.

For an engineer like Broadley it must have been such a hugely stimulating time. One that posed terrific challenges, but saw equally colossal advances in speed, strength and safety. Of course Lola continued well beyond those halcyon days, contributing successful cars to Can-Am, F5000, IndyCar, IMSA, Group C, ALMS, LMP1 and 2 to name a few. Lola also explored Formula 1, though this was a more turbulent relationship in which the company enjoyed a level of success designing and constructing cars for clients, but ultimately met with financial ruin after the failure of its first official works entry – the ill-fated MasterCard Lola effort.

I’m no expert on Lola history, but I am intimately acquainted with two of Broadley’s more notable early works: the Ford GT40 and the T70 Mk3B. The T70 in particular is a car very close to my heart. A heart-pounding monster of a thing blessed with far nicer manners than its animalistic soundtrack would have you believe, it was the definitive privateer sports prototype in its day. It remains a force to be reckoned with, taking wins and providing a crowd-pleasing spectacle at historic meetings around the world.

Last year I was thrilled to share a Mk3B with its owner in Peter Auto’s Classic Endurance Racing championship. After a year-long battle with Martin O’Connell in Sandy Watson’s super-quick Chevron B19, we took the CER title at the final round. I don’t think I’ve ever driven a more exciting car, nor felt a greater sense of pride at racing and winning in such an iconic machine.

I’m sad to have not had the chance to meet Eric Broadley, but the opportunity to race one of his most evocative creations is a true privilege. One that connects me to his work in the best possible way. His was a life of exceptional achievement, remembered and celebrated in the best possible manner whenever someone straps themselves into a T70, T210 or any of the countless other Lolas – and Broadley Automotive continuation cars to which he recently gave his name and blessing – currently active in historic motor sport.

Oh, that we could all leave such a magnificent legacy.