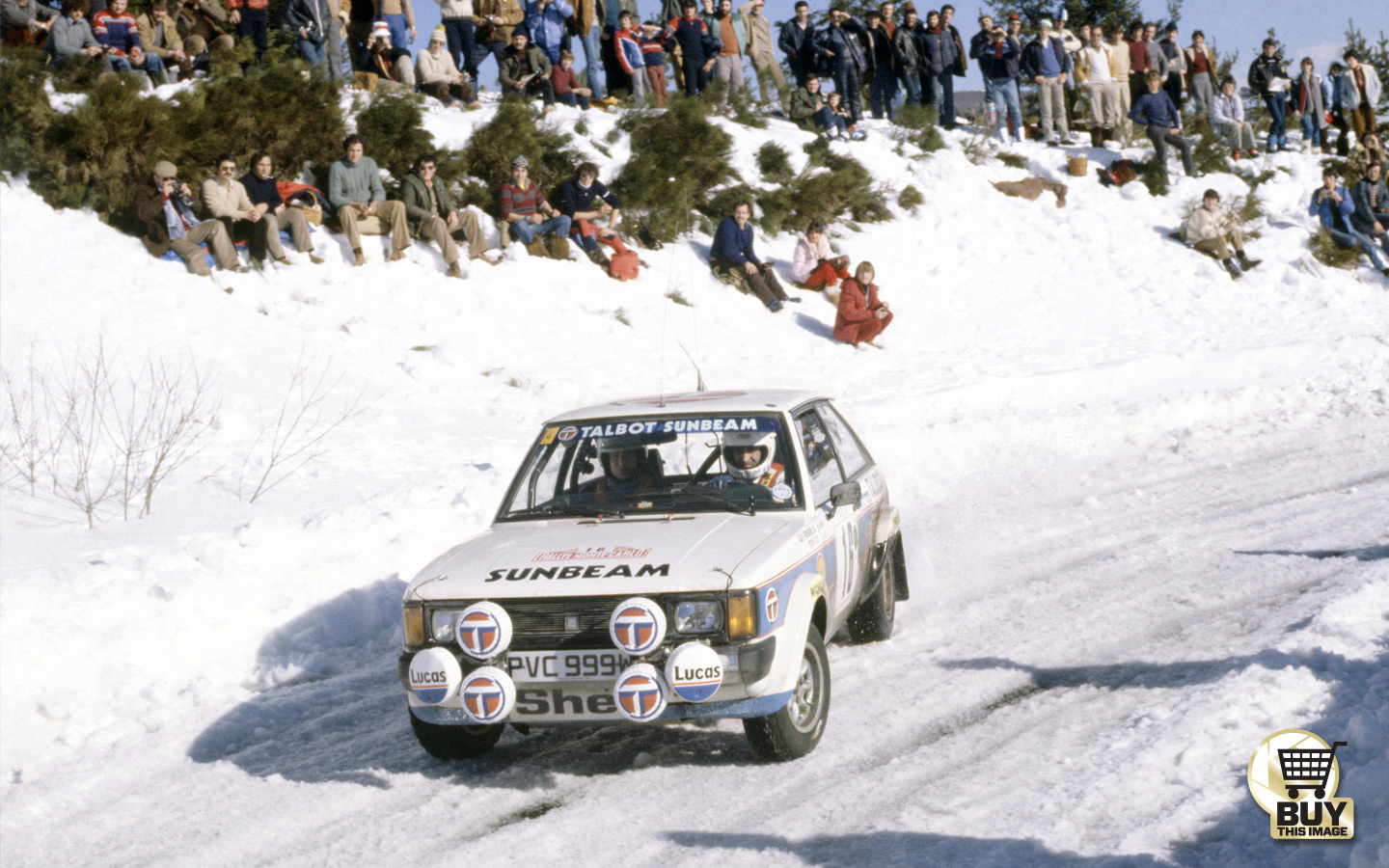 Two successful co-drivers hung up their intercoms after the 1981 RAC Rally.

Men with an eye for detail and their career paths mapped.

They were: the immaculately coiffed David Richards, who had calmly guided the usually flamboyant Ari Vatanen to the world drivers’ championship; and the somewhat less fashion-conscious Jean Todt, who had guided ‘Grizzly’ Guy Fréquelin into a Welsh ditch.

Although they were no match for the Ford Escort of their title rival in the mist and muck of this occasion, the Frenchmen’s consistency during the season was the core of Talbot’s manufacturers’ world championship.

Richards’ entrepreneurial spirit has since made him, via his slick Prodrive outfit, the ultimate bolt-on, go-faster goodie for a swathe of manufacturers.

He is motor sport’s ultimate freelancer.

Whereas Todt chose to work from within to revive two sleeping giants: Peugeot and Ferrari. 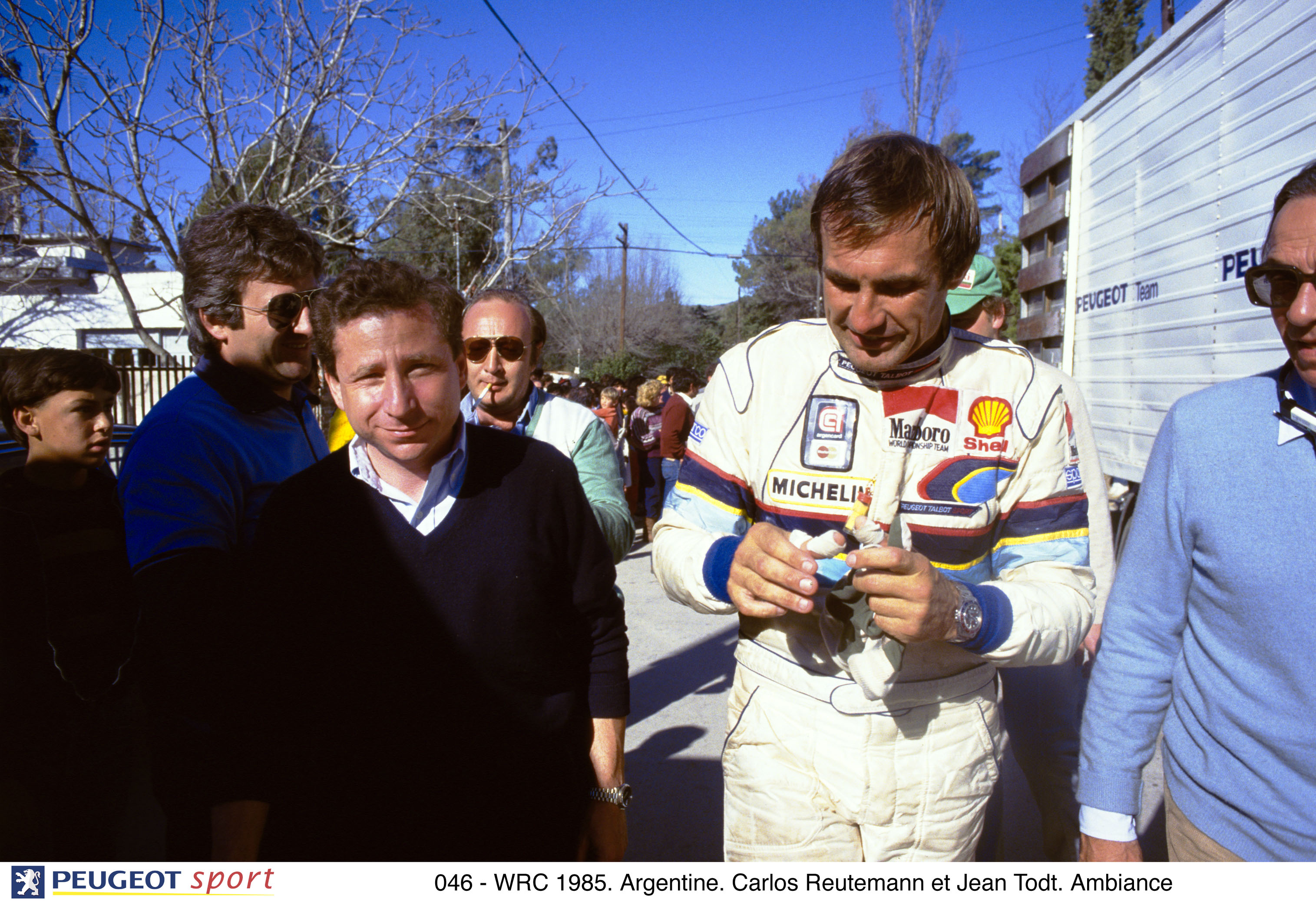 And then, in 2009, he defeated Vatanen – who had the backing of Richards – to replace Max Mosley as FIA President.

Given that Fréquelin oversaw four of Sébastien Loeb’s WRC titles with Citroën, those four guys, in that David Sutton-run RS1800 and Des O’Dell-tended Talbot Sunbeam Lotus, have between them packed a huge motor sport punch.

Vatanen and Todt, who combined to give Peugeot some of its most spectacular motor sport moments, have since “buried the hatchet”: Vatanen has worked as Todt’s President of the FIA’s Closed Road Commission.

“I really got to know Jean during the recce for the 1981 Rally of Brazil,” says Vatanen. “We spent time together in Sao Paulo.

“Even so, he is not the kind to practise much small talk.”

Vatanen would later discover that Todt is also “the master of the short phone call.”

“By 1983 it was known publically that he would choose between Walter Röhrl, Markku Alén, Henri Toivonen and myself for Peugeot’s new rally programme.

“He came to watch that year’s East African Safari Rally and, for once, I didn’t let my emotion or racing impulses take over. He was at the start of a section and I made a really gentle getaway – like an old grandmother! – to show that I can also drive in a wise manner.

“Maybe that changed everything, you never know.”

Vatanen’s subsequent defeat of the Audi quattros of Hannu Mikkola and Michèle Mouton to win for Opel no doubt helped his cause, too.

For he got the Pug gig for 1984 and scored the earliest victories for its groundbreaking 205 T16. 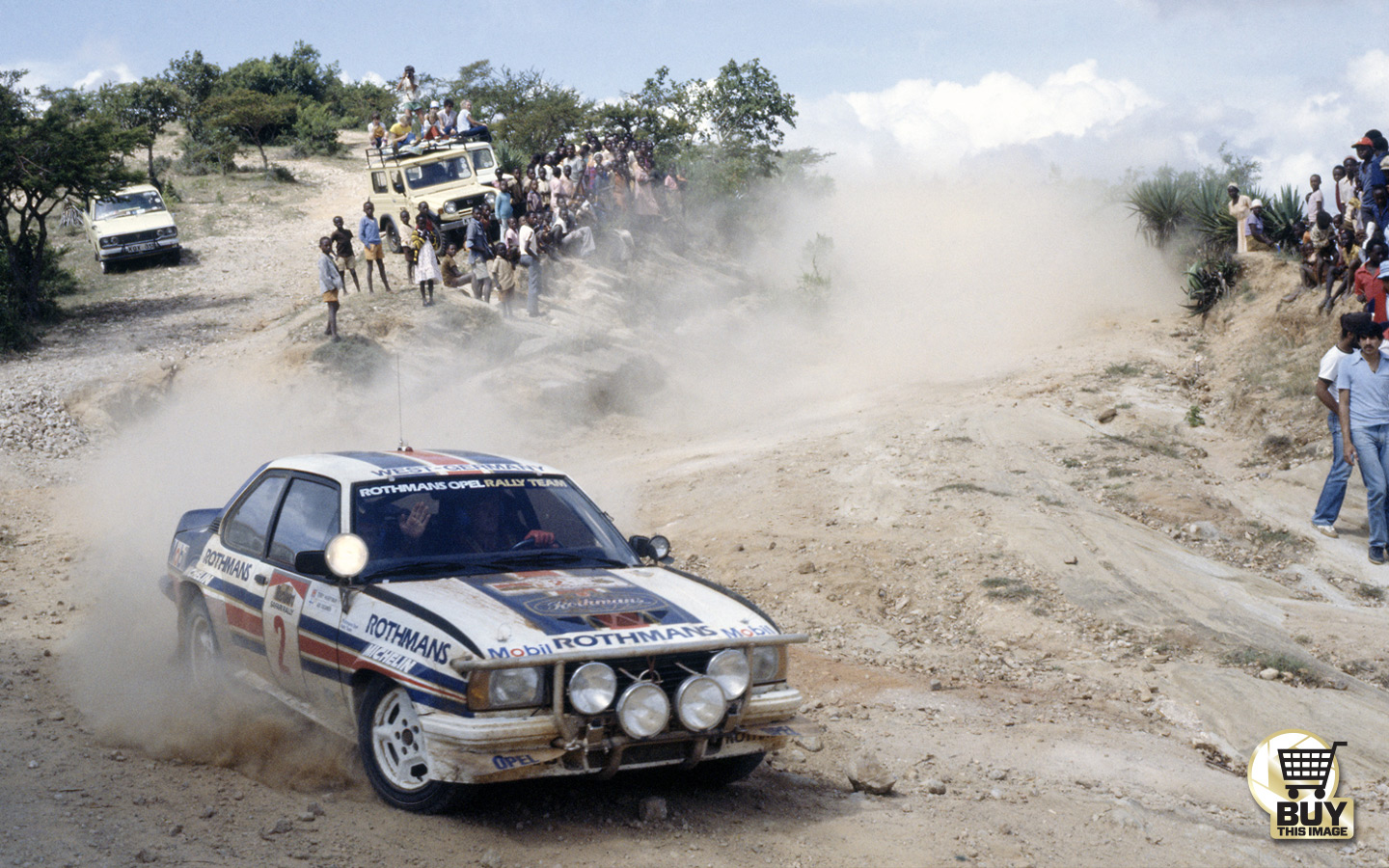 Vatanen on the all-important Safari Rally of 1983

“Jean was straightforward,” says Vatanen. “He wouldn’t use your weak situation to his advantage.

“For instance: ‘OK Ari, you’ve had a bad first half of the season – but I believe in you. Let’s make the contract now, in June, for next year.’

“That changes everything. It liberates all your energy because your future is guaranteed.

“You blossom when there is trust, rather than having a knife at your throat.

“That’s why the vast majority of his drivers remember Jean fondly.”

Vatanen’s huge accident in Argentina 1985 meant that others, notably Timo Salonen and Juha Kankkunen, would complete Peugeot’s Group B journey.

But Todt held the door open for him.

“I was in a very dark place indeed when he came to see me at my home in Cookham Dean,” says Vatanen. “But he supported me financially during my year of convalescence.

“He even asked Jean-Claude Vaucard, our fantastic engineer, to start designing a clutch-less car, because we didn’t know then if my left leg would ever return to normal.

“Relationships are tested in those sorts of moments. And Jean looked after me.” 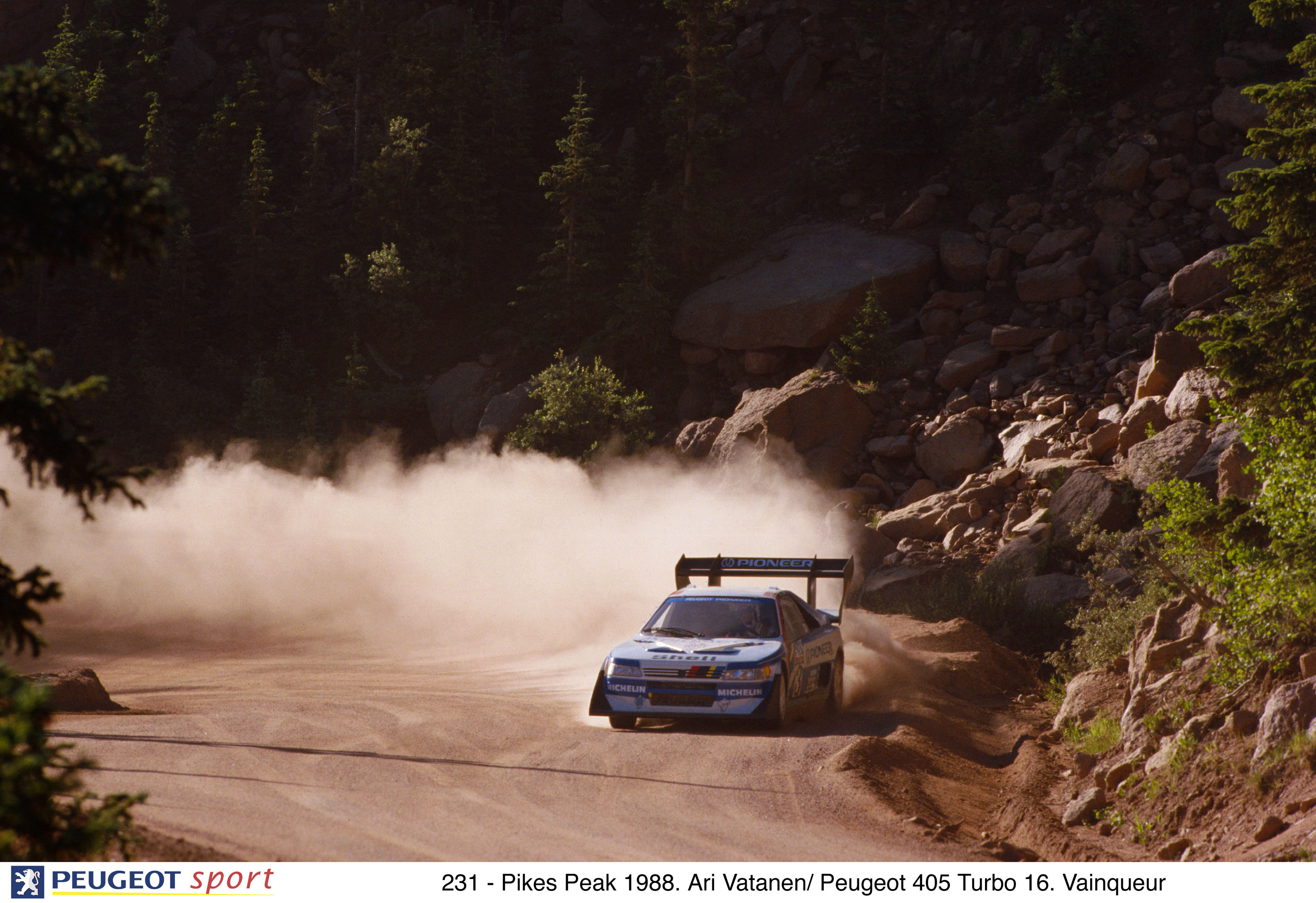 “These were spectacular events that became etched on the French collective consciousness,” he says. “They created profound emotions and people still talk about them.

“Remember, Peugeot was about to go belly-up in the early 1980s. It had invested too much in Talbot [purchased in 1979 as part of Chrysler Europe] and its range of cars was obsolete.

“205 was its first modern car, and Peugeot Talbot Sport’s programme with it woke people up to Peugeot again.

“Monsieur Boillot, President of Peugeot and a fantastic guy – a gentleman in capital letters – took the gamble. He was supported neither by the PSA President [Peugeot-Citroën Group] nor the Peugeot family. But he trusted Jean and gave him a free hand.

“That re-established Peugeot. And it’s very hard to imagine it happening without Jean.

“But it was the little things, too.

“Jean would bring the mechanics croissants and coffee after they had worked through the night.

“More importantly, they knew that they could speak with him about their problems and that Jean would listen – even to issues not directly related to work – and try to help.”

By the time of Vatanen’s fourth Dakar win – in 1991, for Fréquelin’s Citroën squad – Todt had moved on: still with Peugeot, but to Group C and Le Mans. 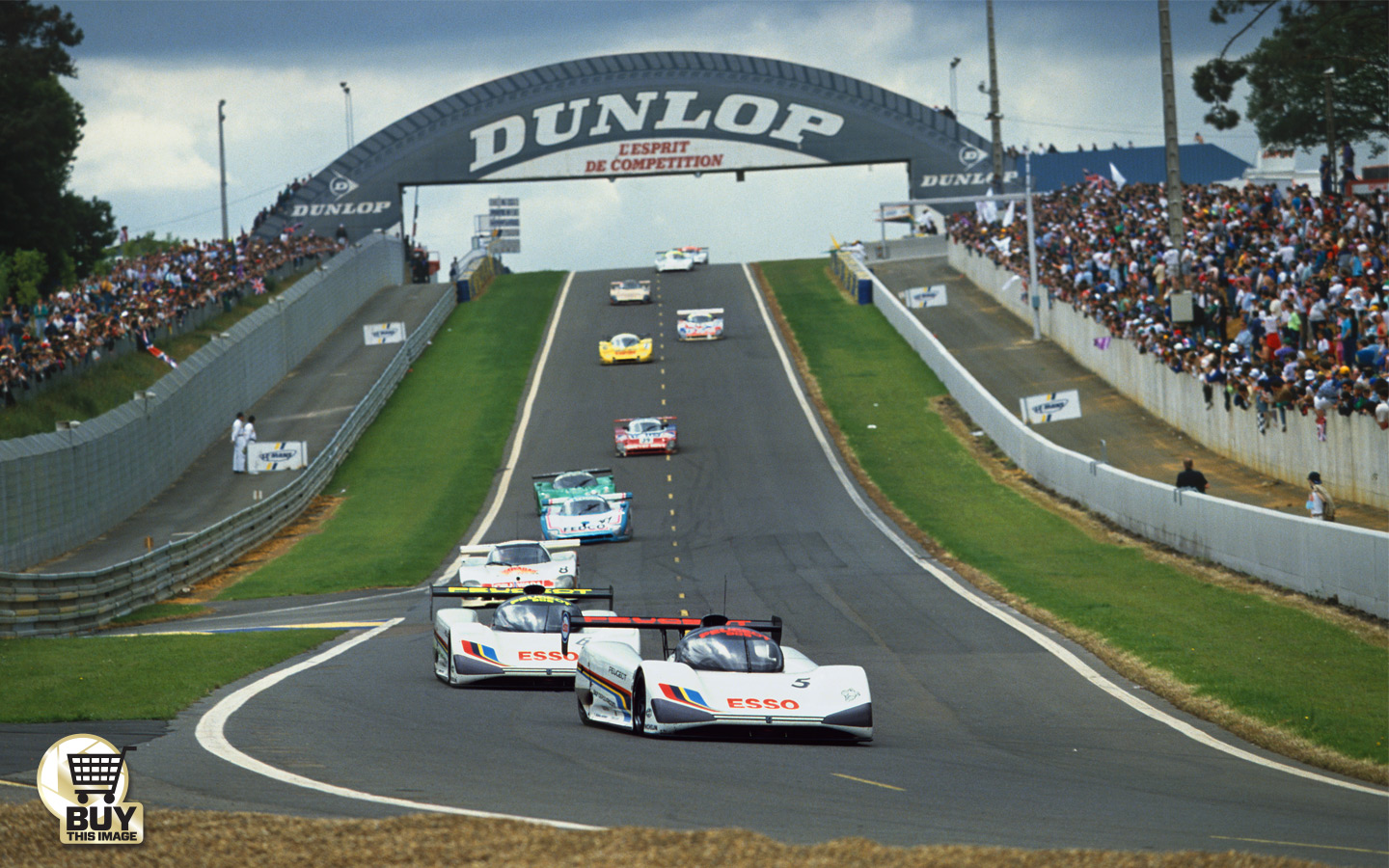 “I knew that Ross Brawn was leaving TWR, and I can’t say that I had the best relationship with Tom [Walkinshaw]; he was not somebody I particularly liked or trusted, though that did change over time.

“Jean was straightforward, easy to deal with. He delivered on every promise, both financially and mechanically.

“What I liked most about him was that he was always prepared to learn; wanted to learn.

“For example, we had a debrief during our first test at Paul Ricard and there must have been 30-40 people in the room: every type of engineer you can imagine.

“It was more a case of everybody trying to be more important than the next guy.

“After 30 minutes I stood up, looked at Jean and said, ‘This is not going to work!’

“About two hours later he sat down and had a coffee with me, and asked, ‘What’s the issue?’

“I replied, ‘You know as well as I do that we have to make changes as quickly as possible – and you’re not going to do that with 40 people in the room.

“‘You’re the boss. You make the final decision.

“‘Underneath you, you have the race engineers and the drivers. And that’s basically it. Six or seven talking about what we need to do.

“‘And if we have a particular problem we get the relevant guy and talk to him one-on-one.’

“That’s how we did it for the rest of the season. Jean knew it was better and changed it.

“He just got things done. I don’t know what the budget was but we always got what we wanted, when we needed it.” 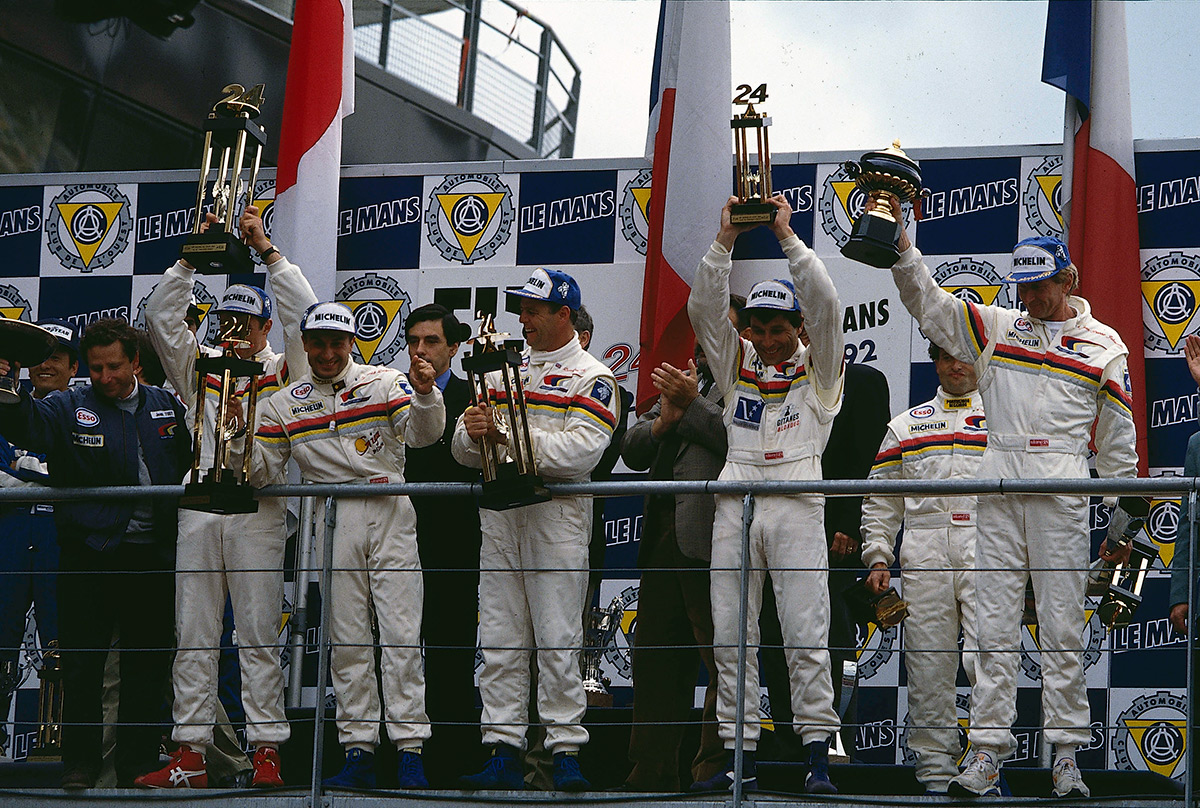 Partnered by Yannick Dalmas, Warwick won the world title thanks to victories at Silverstone, Suzuka and – more importantly by far – Le Mans.

“It was my decision to bring Mark Blundell into our team for Le Mans,” he says. “I knew he’d be easy on the car; knew he’d be fast.

“Jean saw that I did things for the right reason, that I wasn’t bringing Mark in to make it more British.

“We raced flat out for just under 23 hours. But when our sister car and the Toyota faltered we had breathing space.”

Despite the pomp of a French car driven by a French driver – Dalmas had been entrusted with the final stint – being on the verge of winning France’s biggest race, Todt did not forget the circumstances.

Warwick, like Vatanen, had been in a dark place – after the death of younger brother Paul at an Oulton Park Formula 3000 race in July 1991.

“Jean was very aware of my history,” says Warwick. “He knew that I desperately wanted to win Le Mans, or the world championship, so that I could dedicate it to Paul.

“So, with half an hour to go he put me in the car.

“The love I have for Jean is immense for his making that very strong, bold move.”

Warwick returned to F1 for a final season in 1993 and Todt returned to Le Mans, this time scoring a Peugeot 1-2-3.

Vatanen: “I was there. And literally the following day he left for Ferrari.

“I think he would have stayed at Peugeot had it gone into F1 with its own chassis as well as engine.

“But knowing the sort of person Jean is – methodical, intelligent and a very hard worker – I was sure that eventually he would turn Ferrari around.” 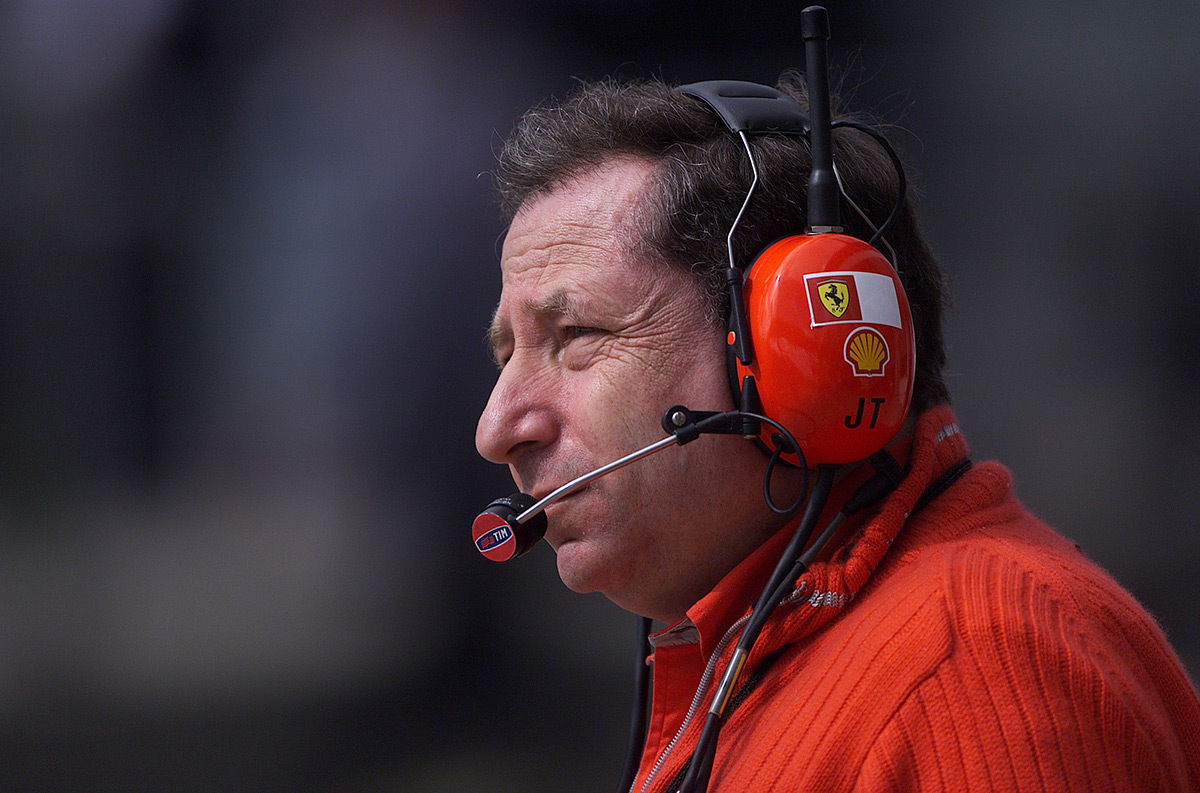 Warwick: “He had a plan to get into F1 and was astute enough to know that he couldn’t do it on his own; he had to gather the best people around him: Brawn, Rory Byrne, Michael Schumacher.

“It was a big step up for him. Massive. Carrying the weight of Ferrari red on your shoulders adds another pressure, as well as being in F1.

As he was for it.