The late Mansour Ojjeh is rightly best remembered for the contribution he made to McLaren, firstly by financing the TAG turbo engine that was developed by Porsche, and secondly as a shareholder and influential driving force behind the growth of the company from 1984 onwards.

It’s easy to forget that not only was Ojjeh first attracted into the sport by Williams, his original ambition was to invest in the team – and it was only when his efforts were rejected by Frank Williams that he looked elsewhere.

Ojjeh’s introduction to Williams was a result of the Saudi Airlines sponsorship that Frank had first attracted in 1977. That year he restarted from scratch after Walter Wolf’s takeover of his original team. Promising Wolf engineer Patrick Head agreed to join him, and together they fielded a second-hand March for Patrick Neve.

Williams found the initial Saudi money via a contact at a London advertising agency, and it was only later that he got the stamp of royal approval. The process was aided by former F3 racer Charlie Crichton-Stuart, who had forged Saudi contacts via his job as a salesman for HR Owen, and who would join Frank in a sponsor hunting and marketing capacity.

“Charlie used to spend a bit of time at the Clermont Club in London, which is a sort a gambling club,” Head recalls. “And he came across some young Saudis there, who knew Prince Mohammed, who was highly connected.

“They were at an American university, and Charlie took Frank to meet them. And they gave Frank an introduction.”

Frank subsequently made a pitch to Prince Mohammed in Riyadh, and was given a positive response, although nothing firm was agreed.

Later the Prince visited London, and Frank famously unloaded Alan Jones’s new FW06 in the street outside his hotel. He liked the idea of an F1 involvement, and agreed to provide funding in the name of his trading company. He also began to introduce friends and associate to Williams.

“We had some Saudi sponsorship, which was Albilad, on the car,” says Head. “And I suppose that was the connection really that caused Mansour to come to a Grand Prix.”

“Mansour was a gem to deal with – kind, approachable and very supportive” Frank Williams

The younger knew nothing about F1, but he immediately fell in love with the racing scene. The TAG name soon appeared on the Williams, alongside the likes of Dallah Avco, Baroom, Encotrade and Siyanco.

Ojjeh emerged as the most generous and enthusiastic of this informal consortium, and the TAG name became bigger on the car as Williams began to win races and, in 1980, successfully challenged for the World Championship.

Ojjeh was an ideal sponsor, as Williams told Alan Henry in 1991: “[He was] a gem to deal with. Kind, approachable and very supportive. He was learning very fast as a businessman, although he was very much working for his father in those days.”

McLaren shareholder Mansour Ojjeh, who was a key figure in the team's early '80s revival with TAG-Porsche engines, has passed away at the age of 68

“Mansour was an absolute perfect gentleman,” says Head. “As was his brother Aziz, who didn’t really play much part in the involvement as a sponsor. We never saw their father Akram at all.”

Having become title sponsor the ambitious Ojjeh wanted to extend his involvement into a shareholding.

“Mansour, after a year or so, started putting in a considerable amount of money for those days, maybe over a million pounds a year,” says Head. “And he said he wanted to be more involved and would like to buy a small amount of the company, something like 15%. And Frank said no.”

This was sometime around 1981. But having finally achieved success, Williams did not want to dilute the ownership of the company that he shared with Head. It was a policy that he would maintain for some three decades.

In fact Frank probably took TAG’s involvement somewhat for granted, especially given that Ojjeh was so undemanding.

“Mansour and his wife Kathy used to come to quite a lot of Grands Prix,” says Head. “They were absolutely charming, and would have been absolutely ideal as small part-owners of Williams. But Frank didn’t see it that way.

“I was very much head down with my pencil designing the cars, so I didn’t really play a part. But I always found Mansour and his family to be wonderful people, and it was always a pleasure to see them.

“So it was a perfect environment for when Ron Dennis for what became the TAG Turbo engine approached Mansour, and Mansour said, yes, basically.”

Dennis had commissioned Porsche to build a V6 turbo to a spec outlined by John Barnard, and he was now looking for someone to finance it. In typical F1 “Piranha Club” style he identified the sponsor of one of his biggest rivals as a potential source of funding.

“Ron was pretty quick on his feet,” Williams told Alan Henry. “And he certainly did a very good sales job on Mansour. We were very unhappy about it, but that’s Ron’s modus operandi.”

In fact having been impressed by the Porsche plans Ojjeh didn’t intend to simply abandon the team that brought him into F1. His original deal with Dennis was agreed on the basis that Williams could also use the TAG Turbo.

Frank explained: “Mansour came to me and said I’ve told Ron that I want to do it, but I’ll only do it if they agree to supply Williams as well. And Ron had agreed to those terms. He didn’t have any choice, of course.”

As history relates Williams rejected Ojjeh’s offer to use the Porsche engine, fearing that his team would be number two in the pecking order.

“Our noses were slightly out of joint, so we said we didn’t really want to share anything of a technical nature with another team.

“We were looking for an exclusive deal with a manufacturer and, whatever the deal on paper, we quickly concluded that we would have been the second-string Porsche team because John Barnard was already well down the road to laying down his own detailed design requirements to Porsche for the engine. As a result, the TAG sponsorship began to reduce in 1983.”

Intriguingly Head can’t recall an internal debate over the use of the TAG engine, which suggests that either Frank didn’t involve him, or perhaps any discussion was so superficial that it hasn’t stuck in his mind.

“I have to say sometimes Frank didn’t share things with me,” he admits. “I was certainly not aware of that as a possibility. I could imagine Mansour saying I’d like the engine to be available to Williams but yes, they’ve got to pay. And I can imagine Ron, seeing [exclusive use] as an advantage, and not wanting to do it.”

Rejected as both a shareholder and engine supplier, Ojjeh ended his involvement with Williams, and in 1984 he became a co-owner of McLaren. 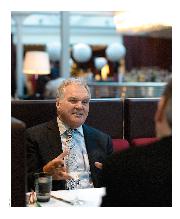 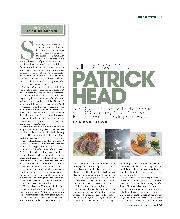 Part one, before the goldrush Some big names in Formula 1 can be unrewarding to interview. For understandable reasons, they are guarded in the presence of a journalist, and swathe…

In fact Frank’s instincts proved correct, and holding out for his own manufacturer eventually paid off – by not taking the TAG engine he was able to secure a Honda supply.

“The Honda deal came together very quickly, in 1983,” says Head. “And we put together that rather ugly looking car that we ran at the last Grand Prix of 1983. And that was a sort of three-month job, producing that car. The engine was terrible at that stage. It was a massive learning curve for Honda.”

In contrast the TAG engine was successful from the off. Niki Lauda would win the World Championship in 1984, and Alain Prost would repeat that success in 1985.

“To be honest I told Mansour that the Porsche project would not work,” Williams recalled. “I was quite wrong. In fairness to him he believed in it, and nothing would deter him. Whether this was sound judgement or just blind enthusiasm, I’m not really certain.”

By the end of the 1985 season Williams and Honda had begun to win races, having first gone through a lot of pain with Japanese manufacturer.

In 1986 Nelson Piquet and Nigel Mansell battled for the title, only for Prost to steal it at the Adelaide finale. That was to be the final fling for the TAG project, which was abandoned at the end of a disappointing 1987 season.

In a twist of the complex relationship that bound together Dennis and Williams and their respective teams McLaren switched to Honda power for 1988. Having refused to take Satoru Nakajima, Williams ended its relationship with the manufacturer.

Ultimately not taking the TAG engine probably didn’t alter the course of the history of Williams very much – in any case Frank would have had to source a new supplier after three or four years.

However, it’s intriguing to speculate what direction the team would have taken had he agreed to Ojjeh’s offer to take a shareholding in the early eighties.

Williams and Head did pretty well on their own of course, at least until the BMW era in the early 2000s. But Ojjeh’s passion and vision – so valuable to Dennis and McLaren over the decades – would surely have been a plus.

“He would have been the most fantastic partner,” says Head. “The potential was massive. He was a great guy, and I have nothing but positive memories.”