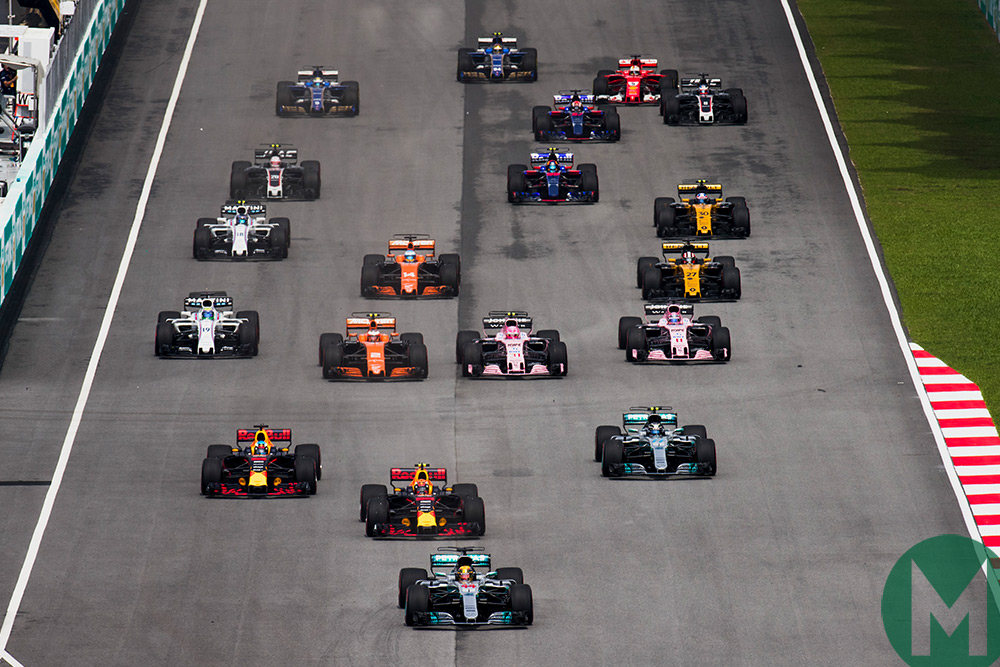 In his first full season Ocon was immediately and consistently on the pace of his much more experienced team-mate Pérez and generally quicker than him in the second half. As measured over the year though, he was beaten by Pérez in both qualifying and race more often than vice-versa. Even if the margins were often tiny. There was a great combativeness about him; the gentle exterior deceptively fronted a tough, no-compromise attitude in the car. Which put him on a collision course with the similarly uncompromising Pérez at Spa. His racecraft was sometimes terrific (see Melbourne) but occasionally betrayed his inexperience (see Sepang). He was invariably quick in the wet and in general, showed a very strong hand of attributes. With his databanks now much fuller, let’s see if the cutting edge of one-lap qualifying speed that differentiates the good from the aces is there.

Sainz was in danger of his career going stale, given a third year in the junior team – and in a Toro Rosso that was less competitive than in previous seasons. So some of his early-season performances smacked of desperation – he was squarely to blame for incidents with Stroll in Bahrain and Grosjean in Montreal. But more usually he was able to curb those excess beneath which lay a sparkling and polished talent. His fourth place in Singapore – under big pressure from faster cars, giving racing room where it wasn’t going to cost him position, tiny margins for almost two hours – was fantastic and would’ve been lauded to the heavens had it been delivered by Alonso or Hamilton. His qualifying lap in Monaco where he put the Toro Rosso sixth was quite special and he’d been on course for a similar effort in Bahrain qualifying until his engine failed towards the end of the lap. His Renault debut in Austin – composed and quick in a very different car, pressuring Pérez into overworking his tyres and keeping the pressure on Ocon – justified his move there for both sides. He’s class act and there’s a lot still to come from him.

Going against Lewis Hamilton in Hamilton’s own team was never going to be easy – and it wasn’t; there were days where Bottas seemed bewildered at some of the things Hamilton conjured from the car, particularly into the season’s second half. But also there were days where his remarkable composure allowed him to capitalise on Hamilton’s over-reaching when the car was proving tricky. This was how, at Sochi, he won his first race – and the way he dealt with the pressure of a quickly closing Vettel in the late stages was so him. His victory in Abu Dhabi was very similar. In between times, he won Austria by anticipating the start and getting away with it and delivered one of the season’s great qualifying laps in Monaco. He had a much stronger first half than second. From the moment he was told at Spa that he would be in a support role to Hamilton’s title challenge, his confidence seems shattered and for a few races, he looked very much like a number two, his qualifying whole chunks off Hamilton’s. He got himself back on course, but he’s yet to reach Rosberg levels of competition for Hamilton.

Force India could hardly have asked for a driver more suited to their task in racking up the points to help secure that valuable fourth place in the championship (aided by the similarly consistent Ocon).  Always intensely and uncompromising wheel-to-wheel, he has added over the years a deep understanding of the technicalities and a much stronger work ethic to become a great all-round professional that’s very tough to beat. His racecraft remains his strongest feature – a fantastic first lap pass on Sainz in Melbourne, terrific first lap in Austria, a gritty drive to sixth when feeling unwell in Malaysia. In extremis he can still be pushed beyond the point of reason – his incidents with Ocon at Spa, for example – and it would be interesting to see him alongside a recognised ace to measure his true qualifying level. But this mature but aggressive performance over the season was the best of his career.

Finally free of the heat-degrading Pirellis that he had never fully got his head around, Hülkenberg was able to properly use his great turn of speed. In a Renault that became increasingly competitive as the season went on. The competition between Renault, Force India and Williams as to which was best of the rest in qualifying was often only decided in Renault’s favour only by a very special Hulk qualifying lap. His raw speed left Jolyon Palmer rather breathless (putting into perspective JP’s previous season there alongside Magnussen). In Bahrain he qualified the Renault within a couple of tenths of Max Verstappen’s similarly powered Red Bull and followed it up with a feisty defensive race. At Silverstone we saw him in attack, overtaking around the outside of Stowe on his way to sixth. He delivered another special qualifying lap in Singapore and was fantastically quick in the race’s wet phase before the car let him down.  This was the Hülkenberg that the ridiculous tyres of the previous few years had kept from us.

Read the top five in the January issue of Motor Sport, available now in the app, from the Motor Sport shop and in UK stores.