With a dive into the pits, Markus Winkelhock laid the ground for a Formula 1 record that’s unlikely ever to be broken and an episode that he describes as “probably the most exciting 15 minutes of my life.”

Two laps later, in his debut grand prix, the German found himself sweeping past Kimi Räikkönen’s Ferrari and into the lead — at the wheel of a Spyker.

Now, 13 years after the event, Winkelhock recalls the extraordinary episode that shows the value of seizing the moment, plus a little local knowledge.

Winkelhock was the 2007 reserve driver for a Spyker team – as it was then known – enduring a period in the wilderness as it gradually transitioned from Jordan to what is now known as Racing Point.

The team’s original number one, Christijan Albers, ran out of sponsorship, leading the team to drop him prior to the European Grand Prix at the Nürburgring.

Up stepped the 27-year-old Winkelhock. The son of the late F1 driver Manfred Winkelhock and nephew of touring car ace “Smokin’ Jo”, the German originates from a fine racing pedigree.

With minimal testing prior to the race, Winkelhock was thrown in right at the deep end: “I think I had one day testing in Silverstone and one day in Paul Ricard,” Winkelhock remembers, “but this was in March or April, so I had three months not in an F1 car.

“I had replaced Tom Kristensen when he had his big accident in DTM [so] I was actually more used to driving a touring car. Jumping to a single-seater was definitely quite a challenge.

“You have much more downforce, it’s a completely different kind of driving style. The first couple of laps it felt like a PlayStation, so unreal, everything was so fast. You’re accelerating till you reach the braking point.”

“I did the first couple of corners, around the Mercedes arena, and then it started – massive rain!”

Winkelhock adapted to the car during free practice, but wasn’t sure if his body would hold up to a full grand prix distance: “After all the FP sessions I could feel my neck already,” he says. I thought ‘The race is 60 laps, it’s gonna be tough!’ I told my mechanics to put some beddings on the side of the headrest, in case the neck is completely done, to lean on with the helmet.”

Unsurprisingly, given his lack of experience, Winkelhock qualified 1.5 seconds down on his team-mate Adrian Sutil – and last. Expectations were modest. “My main target was actually to finish the race without any incidents and be as close as possible to Sutil,” says Winkelhock.

The pressure was on because the Spyker squad had made its super-sub aware that a large financial package would be needed for him to complete the whole season – something the German knew he couldn’t provide. As a result, this was his one shot at racing an F1, something he intended to relish.

“I just tried to enjoy every lap in the F1 car because I knew already before probably it will be the only race I will do,” says Winkelhock. 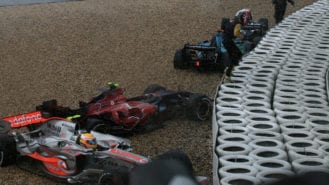 Technically, this was a season without a German Grand Prix. After years of hosting two Formula 1 events, the nation was reduced to just one as Hockenheim and the Nürburgring…

As the clock ticked down to the start of the race, warnings of adverse weather were heard but not heeded. The entire field elected to start on slicks.

On the formation lap, Winkelhock had a hunch it might be time to make a change. Driving at his home race, local knowledge of meteorological movements was coming in handy.

“I went halfway through the formation lap and felt some drops on my visor. It was really looking really dark. I know the Nürburgring and, if it’s going to be bad weather, it’s always coming from that area [the hairpin].

“I just told the team [about the weather], it was not my idea [to change to wets]. It was silent on the radio. There was nothing, so I said, ‘What are we going to do?’

The drizzle continued with still no reply from his team. “Silent, silent and then going into the last corner, which was actually the pit entry, Mike Gascoyne told me ‘Box, box this lap! Box, box directly!’,” says Winkelhock.

“He decided to go for the risk, which was actually quite a cool move in that moment. Full wets, which was also cool. He also could have put me on intermediates, because the track was still dry.”

As soon as Winkelhock headed out on lap one, quite what a masterstroke it was became clear.

“I did the first couple of corners, around the Mercedes arena, and then it started – massive rain!”

Ahead of him, the folly of sticking to dry tyres immediately became clear. David Coulthard speared off at T4 before Nico Rosberg also found himself in the gravel trap. The two BMWs took each other out whilst Lewis Hamilton picked up a puncture in avoiding them – it was carnage.

Cars twitched and squirmed as they tried to get back to the pits. Race leader Räikkönen skated across the pit entrance and suffered the ignominy of having to do another lap before switching to wets.

While the established names struggled, the Spyker stand-in made hay. Already gaining rapidly on the first lap, the round of pit stops left him in second place.

By the time he reached the hairpin, Winkelhock had hunted down the struggling Räikkönen, passing him in the middle of the corner.

Such was the chaos all around him, the rookie didn’t realise he was actually now first.

“I remember that moment, but I didn’t know it was for the lead. I was just driving. At the point they told me ‘You’re P1’, I really didn’t understand anything that was going on because this race was really crazy!”

When the order became clear, the man from Stuttgart had a lead of more than 50sec. Before long, cars were aquaplaning off and the safety car was called out, bringing a familiar face onto the track.

“Bernd Meylander is a good friend of mine, he lives 5km from my home,” says Winkelhock. “We were joking about this situation before the race and I said, ‘If I’m leading, I will wave you’ and then it was really happening!”

Conditions quickly deteriorated to a point that the race was stopped whilst the worst of the weather passed. Sitting on the grid now on the restart “pole”, Winkelhock broke his first F1 record, becoming the first and only person to start a race both first and last.

Undertaking the restart, he admitted a few nerves, “If you look in your mirrors and you see Ferraris and McLarens in your first Formula One race, I have to say in that moment, I was a bit nervous. But as soon as the lights go green, everything is gone.”

As the front-runners buzzed aggressively behind into the first corner, Winkelhock was unable to hold back the tide. Spyker had gambled once more with another shower scheduled, the team now fitting intermediate tyres with the rest of the field on slicks.

The rain never came, and their man was helpless as he dropped through the field like a stone.

The Spyker would come to a halt with hydraulic failure seven laps later, but it mattered not to F1’s man of the moment.

“I was actually so happy, even if I didn’t finish the race. I got out of the car, jumped behind the guardrail and already fans were stopping me for autographs.

“They [the team] were all happy, laughing and you know, everybody didn’t take it so serious. It was just a funny moment. I couldn’t be angry [just] because the car broke down.”

And with that, Winkelhock exited F1 for good. Unable to find the budget to keep his seat, Sakon Yamamoto saw out the season with Spyker.

His standalone F1 appearance is unique. He was the first (and thus far only) person to lead an race on their one and only grand prix entry.

The German’s famous drive did help his career however. Colin Kolles, at the time team principal at Spyker, gave him a seat in his privateer DTM outfit for the rest of the season. 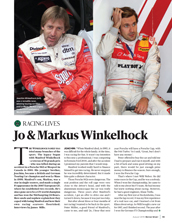 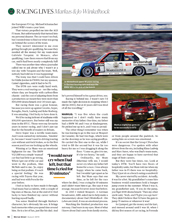 The Winkelhock family has tried many branches of the sport. The legacy began with Manfred Winkelhock – a veteran of 56 grands prix – who was killed during an accident…

From there came a works Audi drive which then led to a successful GT career. Winkelhock has won the 2012 GT1 World Championship, 2018 Blancpain, Spa 24hrs (twice) and the Nürburgring 24hrs an impressive three times.

The F1 team with which he had his moment of glory with, Racing Point, are now mixing it at the sharp end of the field – something Winkelhock describes as “absolutely cool to see”.

The man from the famous racing family will forever stay modest about his own record-breaking day in the grand prix sun (and rain) though.

“It was not so difficult to be faster than the others. It was not the best performance. I know I have a good achievement as a race driver, but leading the F1 race was because of luck at the end. Even if it was cool!” 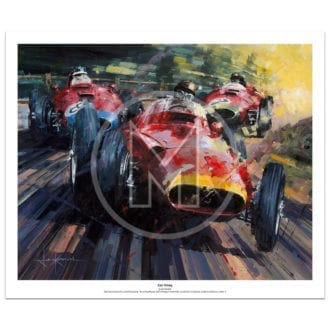