Martin Donnelly’s son thanks donors for their generosity, as appeal pledges pour in following news that the popular racer could lose a leg after an accident in a sponsored moped ride 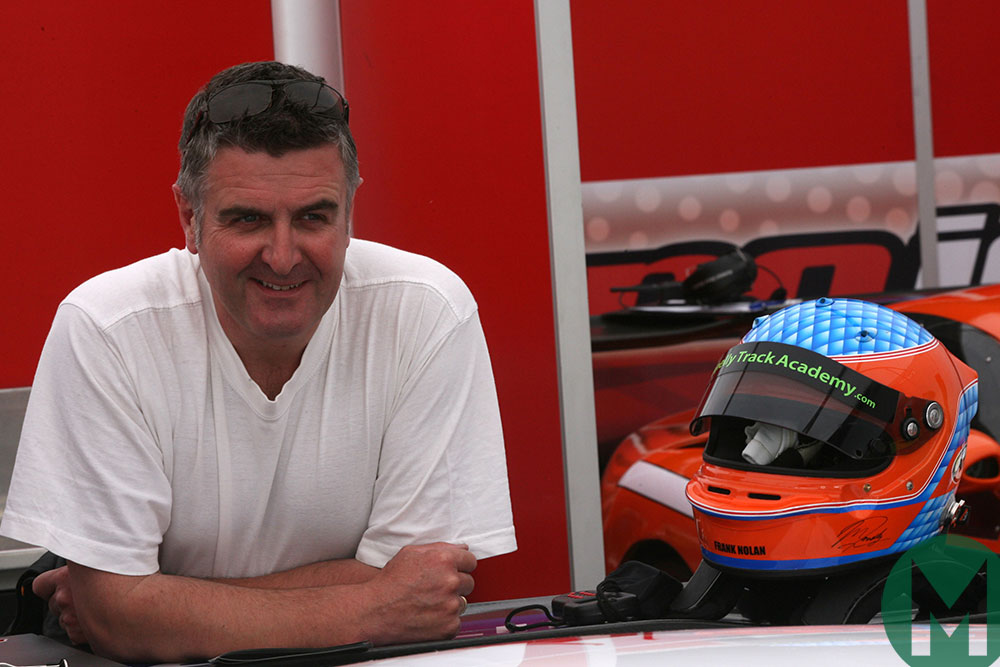 A fundraising campaign for Martin Donnelly, the former Lotus F1 driver who faces losing a leg after a fall from a moped, has hit almost £40,000-worth of pledges — quadruple the original target.

Donnelly’s son, Stefan, has expressed his thanks for the flood of donations from fellow drivers, team members and fans, since the GoFundMe campaign was launched on Tuesday.

Martin is famous for surviving one of the most horrific accidents ever seen in Formula 1. Yet his low-speed moped accident could have more serious consequences

The Ulsterman was taking part in a sponsored moped ride last Thursday, in Ireland, for the Teenage Cancer Trust, and suffered a fall at low speed before being hit by a following moped.

Yesterday, one of Martin’s good friends, Jonathan Lewis, began raising funds to help him financially, after learning that there was a possibility that Donnelly could face amputation of his left leg.

Within 48 hours, more than 600 people had pledged over £39,000 — far beyond the original £10,000 target, which has now been revised to £50,000. Luciano Burti, who stopped racing in F1 after a major crash at the 2001 Belgian Grand Prix, and Trevor Carlin, the Carlin Motorsport team owner, are listed among the donors.

Stefan Donnelly, Martin’s son, spoke with Motor Sport and said that his father is currently recovering from his surgery, which was performed on Saturday evening. “The break was very bad, basically a clean break across the femur. The complicating fact is that he has an infection, which is not good for the recovery process or the health of his leg, so they are keeping a close eye on that.”

Stefan said his father appreciates the generosity and support offered by friends and family. “He’s so high on morphine and various different drugs that you can have a conversation with him and then he will close his eyes and not remember a thing. Jonny [Jonathan Lewis] has been a star; you know who your friends are at times like these.”

Lewis, a familiar face in motorsport circles and an old friend of Martin’s, said: “With his left leg, he obviously isn’t a good motorcyclist at the best of times. The more I think about it, the more about I blame myself. I suggested he drive the support van, but Martin being Martin he said, ‘No, no, no; I want to do it’.”

Lewis says that Donnelly pulled on the front brake entering a hairpin, at about 20mph, and the front wheel slid from under the scooter, throwing the rider to the road. A following moped rider hit his left leg, just above the knee at the femur – the same leg that had been broken in two places and required complex reconstruction following Donnelly’s F1 accident.

In 1990, the Ulsterman suffered two broken legs, a broken collar bone and broken cheek bone after his Lotus-Lamborghini left the Jerez circuit at an estimated 140mph and struck the barriers.

Such was the force of the accident that Donnelly’s Lotus split apart, and the driver was thrown across the track, still strapped into the carbon-fibre seat section, which had been ripped apart from the monocoque during the impact. Donnelly remembers nothing about the weekend, or the months of recovery that followed.

“When I was with Martin yesterday, in the hospital, he said ‘It was 20 miles an hour, for Christ’s sake, and look at me!’” said Lewis.

Because no specialists were available to treat Donnelly in Waterford, Ireland, Nick Jordan, the founder of Argo, the race car constructor, drove Donnelly to the ferry in Holyhead, to home. He is currently in the care of specialist surgeons at Norfolk and Norwich hospital. 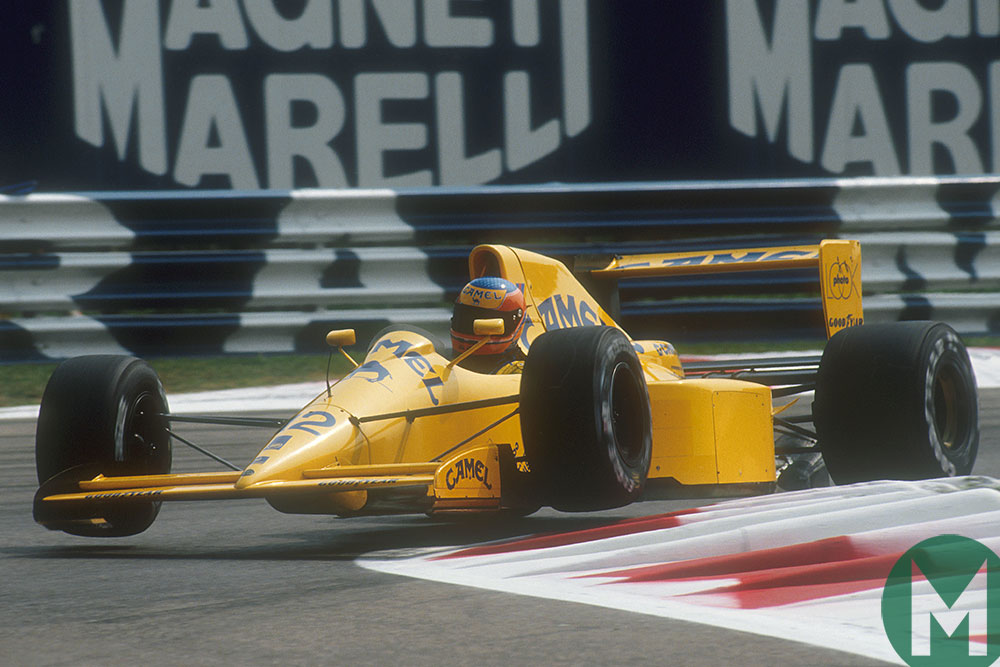 Martin Donnelly attacks the kerbs in his Lotus in the 1990 Italian Grand Prix Photo: Motorsport Images

“I spoke with the specialist and discussed the history of his leg. We all take the piss out of him, and say his leg’s like a Parma ham when he’s wearing shorts. They have since operated on him, inserting metal plates, but as of yesterday his temperature was really high and last night Francis [his sister] noticed a rash and swelling and there was weeping.

“The fear is infection has got into the leg. If all doesn’t go well he could lose the leg. And obviously he has fought for 30 years to keep this leg. Now he’s stressing about not being able to get to the British Grand Prix and fulfil sponsor commitments.”

Lewis, concerned that Donnelly would not be able to work for at least three months and conscious that his friend has no savings, started a fund raising page on Tuesday, with the aim of raising £10,000. At the time of writing, it had passed £39,000, and the target had been revised to £50,000.

“He’s stressing, as you can imagine, and in a great deal of pain. I doubt he has life and illness insurance policies or that they’d pay out for falling off a moped. So I wanted to help,” Lewis explained.

A spokesperson for The Teenage Cancer Trust confirmed that Donnelly was fund raising for the charity.