Williams and Martini will part ways at the end of 2018 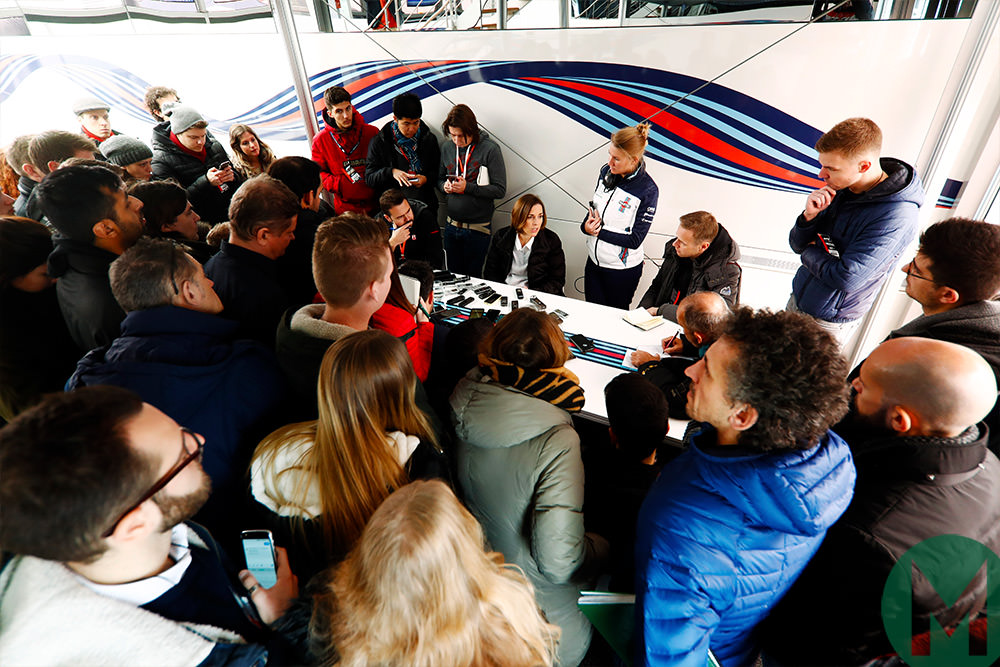 Williams and Martini will split at the end of 2018, but the decision is unrelated to the team’s young driver line-up, said Claire Williams on Tuesday.

The outfit opted for Sergey Sirotkin to replace retiree Felipe Massa and partner Lance Stroll at the end of the 2017 season, and Martini mandates that Williams must have a driver over the age of 25 in its line-up; Williams denied this was the reason for the split.

“Martini is leaving us at the end of this year,” confirmed the Williams deputy team principal. “It’s the end of its contract, and we have been in discussion for many months now about an extension beyond 2018, as you would expect.

“I talked quite a lot last year about making sure that we had drivers who were able to activate from a marketing perspective because of Martini’s 25-year-old age limit.

“We talked to [Martini] going into this year about drivers – it’s quite hard to find drivers over 25 [but] they were fully supportive about us bringing Sergey on board,” said Williams.

“That [age limit] played no part in Martini’s decision making process. It was fully aware of our plans and supportive of it. I suppose next year, it gives us the freedom to do what we are able to do without having to worry about any age limit,” she said.

McLaren also lacks a title sponsor for 2018, though executive director Zak Brown said on Monday, “we’ve brought on five new sponsors in the offseason which is more than any other team.”

Ferrari also lost Santander as a major backer in 2017. However, Williams agreed that there was a downward trend in F1’s ability to attract sponsors.

“We’ve done a lot of work into why Formula 1 is not attracting as many sponsors as it once did,” she said.

“I do think that F1 needs to work harder as a collective in order to make it a really attractive destination again. I think we went through a really wonderful period where this was the ultimate [sport] for putting together marketing campaigns. I think we probably do need to work a little harder to make sure we’re delivering for all partners in this sport, whether that’s for teams or FOM. Definitely, there is work to be done.”

With McLaren still seeking further sponsorship, Williams was asked whether the blank orange space on the side of the MCL33 would field the Martini logo from 2019 onwards.

“Are you suggesting Zak is going to steal our sponsors?” she replied. “I thought McLaren and Williams would never do that.

“This is a tough business, and it is each to their own, isn’t it? From my perspective, we need to do a good enough job to make sure partners don’t want to go to another team.

“Zak can try, but he’ll have a fight on his hands. I don’t give up sponsors easily,” said Williams.