Numbers tell a story, but not the story of Lewis Hamilton matching Fangio 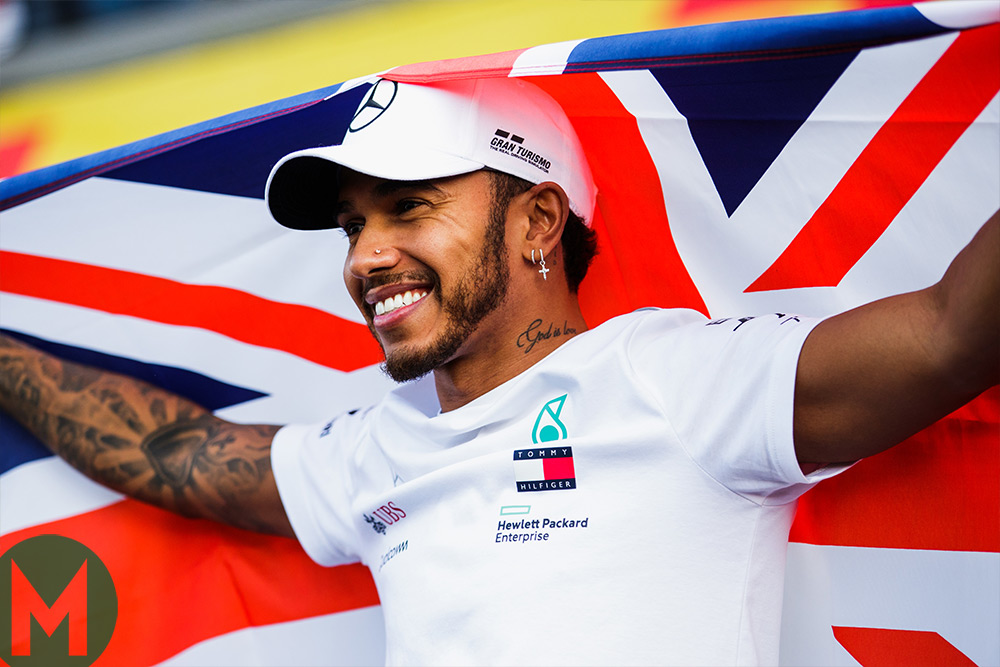 You can’t escape it. First thing on breakfast news this morning: Lewis Hamilton wins fifth title, putting him on a par with ‘the legendary Juan Manuel Fangio’.

So is Lewis really as good as was the exceptionally gifted Argentine driver of the 1950s? The statistics appear clear.

And probably significantly, Fangio was 40 when he took it first title and 47 when he claimed his last, while Lewis’ titles have spanned the prime of his sporting life, from 23 to 33 years old.

What does this all prove? To me, very little.

Lewis this year raised his game to another level

Whenever John Surtees was asked to name the greatest driver of all time, he always refused to answer on the grounds that you can’t compare different drivers from different eras. Fangio won title after title in middle age partly because he was the greatest driver of his era (I don’t think anyone would contest that) but also because the cars put a fraction of the loadings on the driver that the machines of today generate. And physical fitness was not really an issue.

Drivers like Stirling Moss, who largely kept off the sauce and maintained some form of fitness regime, were very much in the minority and it didn’t get him to any world titles – another fact that finds the statistics entirely deficient.

But there is more to it than that. Throughout his time in F1, I’d say that 1953 was the only season in which Fangio did not have the best car on then grid under him, though I would concede you could argue the toss with the Vanwall in 1957.

By contrast, for more than half of his career to date Lewis has not driven for the team that went on to win the constructors’ title. I would contend that whether Mercedes wins it this year or not, he has not driven 2018’s best car for most of the season. Which at least suggests that of his 12 seasons to date, he’s only been in the best car for four of them.

You can continue to break it down. How strong was the competition Fangio faced from other competitors and within his own team? Just how much better than anything else was the Vettel-Red Bull combination of 2010-2013? Which driver has had the better luck, which driver was better at making his own luck?

You can drill down and down and down until either you realise there are no definitive answers or, just as likely, you have to go and have a lie down somewhere.

Of course the issue is entirely subjective, which is why Moss would figure on almost any list of the top 10 drivers of all time and do so without a title to his name.

Would just as many people put Michael Schumacher on that list, the man who still stands two titles proud of anyone else? I don’t know, but somehow I doubt it, because I believe people still think the way you win is as important as the win itself. And on occasion, as we all know, Michael had the capacity to let his competitiveness get the better of him. I say that as a true Schumacher fan.

So what should we be comfortable saying? There is no right or wrong answer, but for me and until this season, I never put Lewis in the same category as Fangio or Moss, or Senna and Clark. But in 2018 I think we saw something different, a man demonstrating absolute mastery of his sport. For his raw speed, for his flawless racecraft and, so far as I can remember, not making a single significant mistake in a season where his closest rival more often had the better car, I think Lewis this year raised his game to another level.

That which places him among the all-time greatest drivers this sport has ever seen? For me and at last, undoubtedly.