Max Verstappen and Red Bull Racing are on a roll. The Dutchman’s sixth career F1 pole was his third in a row and he heads into tomorrow’s Styrian GP chasing a fourth successive Red Bull grand prix victory. Those feelings that Mercedes still had an advantage before the street races of Monaco and Baku, are fast fading.

Previous Mercedes superiority around Red Bull Ring was nailed on evenly more firmly than at Paul Ricard, where Red Bull narrowly got the better of them a week ago. If Milton Keynes can overcome Brackley / Brixworth tomorrow, those world titles are suddenly going to be looking likely rather than possible.

Lewis Hamilton qualified third quickest behind team-mate Valtteri Bottas but will start from the front row after the Finn was given a three-place grid penalty for spinning in the pitlane in FP2.

Mercedes tried everything, even saving a set of soft tyres so that Hamilton could have three Q3 runs, but Red Bull had an answer to it all. Both of Verstappen’s Q3 runs proved strong enough for pole — the only driver to break 1min 04sec. His 1min 03.841sec lap compared with 1min 04.035sec from Bottas and 1min 04.067sec by Hamilton.

The seven-time champion was candid about the situation: “They’ve had a quarter of a second on us all weekend and I don’t see we’ve got the raw pace to be able to overtake them. We may be able to keep up though. Or it might rain.”

Weather in the Styrian mountains is a constant imponderable and the rain that was 50/50 for qualifying failed to materialise, but might well do tomorrow. Even if it does, it’s hardly something Verstappen would fear. His wet weather prowess is almost as legendary as Hamilton’s. Always though, it is influenced by such as tyre temperature and wear rate, so it still represents a curveball. There was a time, a few years back, when the Red Bull didn’t switch on its tyres as well as the Merc. These days though, the RB16B certainly doesn’t lack any downforce. 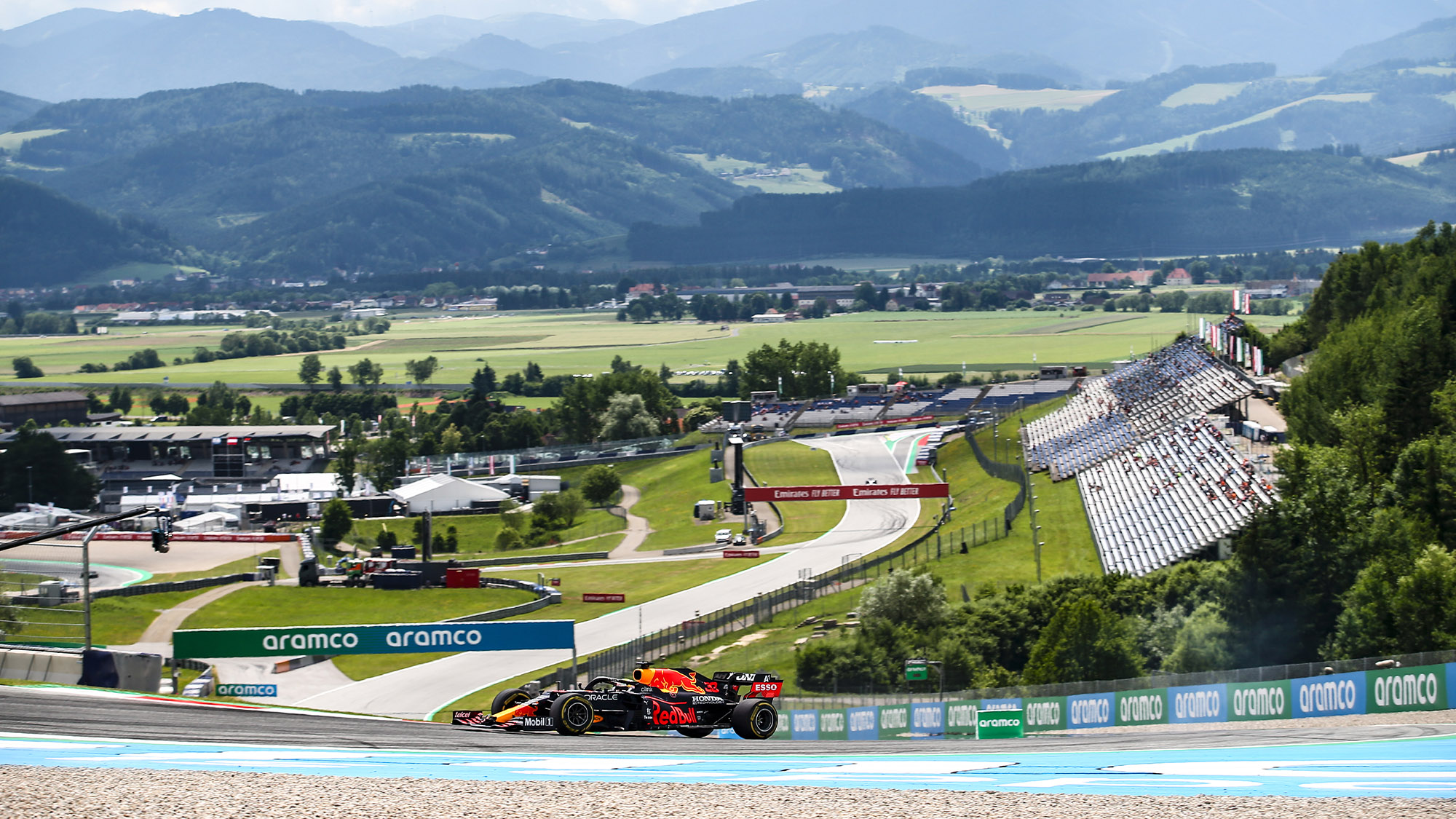 What weather will the mountains bring for the Styrian Grand Prix?

Valtteri Bottas always goes well in Austria. He scored his first podium here with Williams in 2014, when he was third behind the Rosberg/Hamilton Mercs, has won the race twice and started from pole three times. But Valtteri is having a stinker of a year. After losing time to Red Bull in the pits at Ricard, the team was experimenting in Austria and Bottas tried leaving the pits in second gear. You would think that would lessen wheelspin but, if you do still get it, it’s more potent. Bottas rather embarrassingly dropped the car in the pitlane and slewed sideways into the McLaren pit area.

While it seemed a little harsh, the safety of pitlane personnel is paramount and poor Valtteri was slapped with a three-place grid penalty before the serious business of qualifying day was even underway. You really do wonder if the poor lad has taken out a bus queue full of nuns somewhere along the line and not told anyone…

When Daniel Ricciardo set second quickest time in FP2, it looked like his uplift in confidence with McLaren’s MCL35M was continuing. Actually though, it was unrepresentative, with quite a few teams doing their qualifying simulations in FP1 in anticipation of the rain that didn’t arrive in FP2. Post-qualifying, Ricciardo was facing those same old questions again as he contemplates starting 13th, some 10 places and almost seven-tenths behind team-mate Lando Norris, who goes to the grid an excellent third, his best starting position of the year.

“We seemed to lose speed overnight,” Ricciardo explained. “A bit of it is set-up, but I felt like I was pushing to the limit of the car even though I was slower everywhere. I don’t have any answers at the moment.”

On the shortest lap of the season, losing that much time was a bit of a head-scratcher and, as usual, the midfield was super-tight.

The soft tyre was estimated to be around 0.4sec quicker than the medium compound Pirelli over one lap and all three fastest qualifiers – Verstappen, Bottas and Hamilton – set their Q2 times and will hence start the race on mediums for a one-stopper given dry weather. 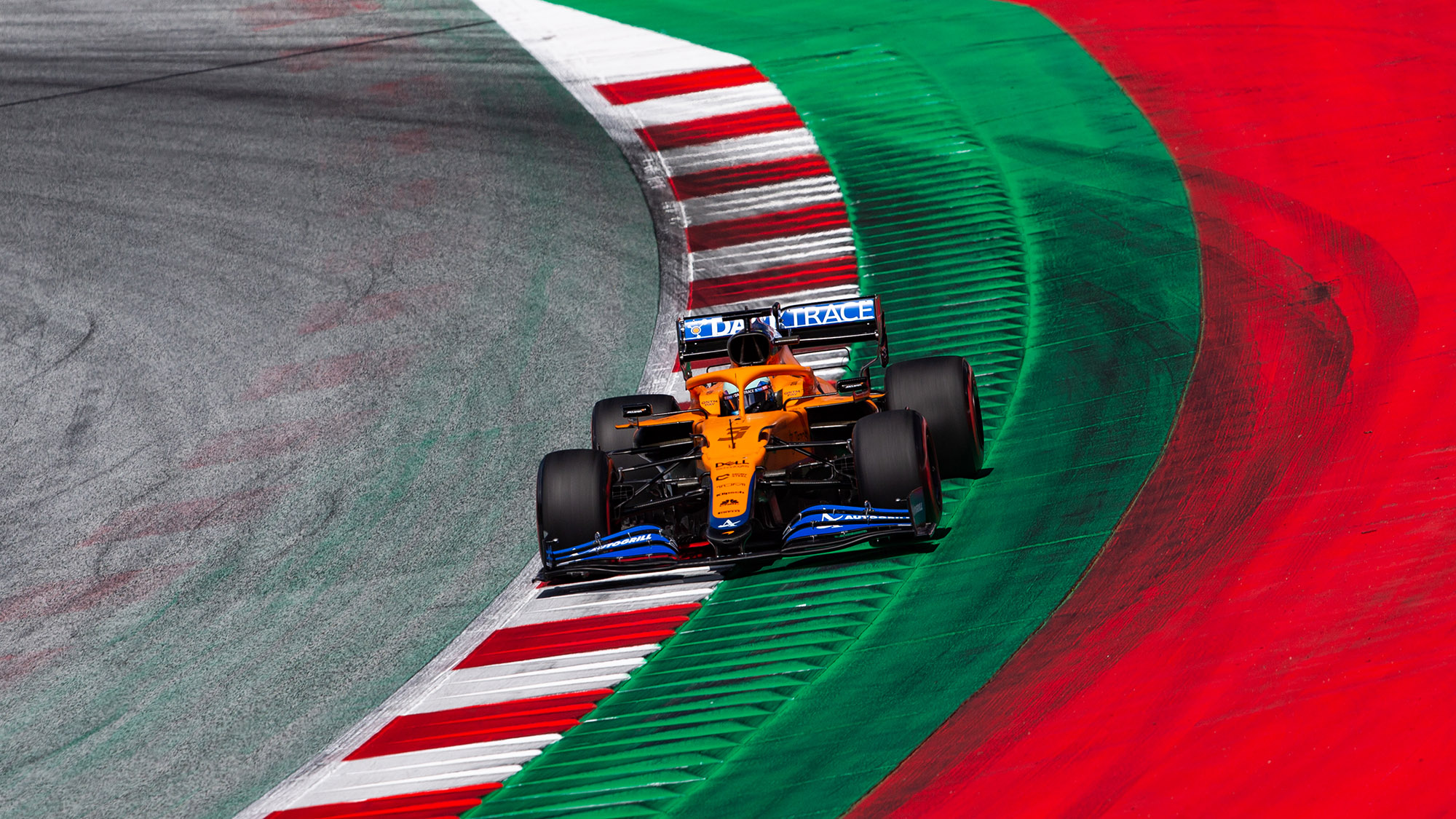 Sergio Perez’s average 2021 qualifying deficit to Max Verstappen is 0.45sec and given the narrow time spread on a track with so few corners, using the medium in Q2 was never on the Mexican’s agenda. In Q3 he was 0.32sec down and will start fourth, ahead of Bottas.

“I had to use a second set of softs in Q1,” Sergio said, “which meant used softs for my first Q3 run. The lap was okay but on new tyres for my second run they were too cold at the start of the lap and I lost time at Turn One. I think P2 was possible.”

Pierre Gasly continued his fine run of form, qualifying the first AlphaTauri in the top sixth for the sixth time this year – already a single-season record for the Faenza-based team. Team-mate Yuki Tsunoda made it through to Q3 and backed him up with a lap just a quarter-second slower, eighth fastest, but, frustratingly, got a three-pace grid penalty for impeding Bottas. Which means that George Russell, who missed Q3 by just a hundredth in the Williams, does after all get to start in the top 10, and with freedom of tyre choice. 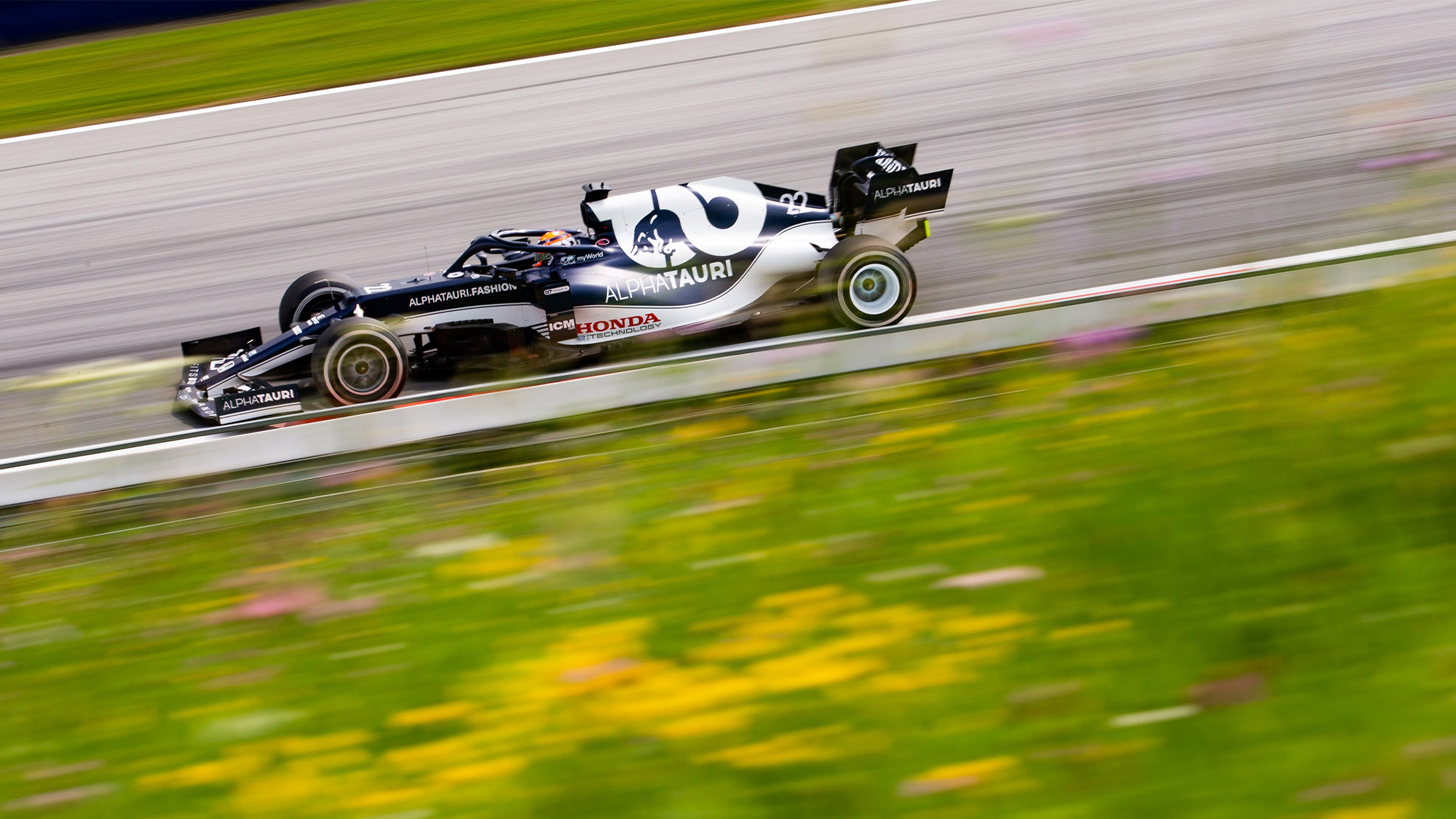 As at Paul Ricard, Charles Leclerc will line up seventh. “I expected more than that,” he admitted, “but our race pace was okay and we didn’t want to sacrifice that to go quicker over one lap.” Ferrari was still trying to get a handle on the tyre issues that afflicted them in such a disappointing race in France, and Carlos Sainz failed to make it through to Q3 for the first time since round two at Imola, and will line up behind Russell’s Williams and Tsunoda.

Fernando Alonso starts eighth for Alpine, and seemed to be thoroughly enjoying himself, bringing his seasonal qualifying head-to-head with team-mate Ocon to 4-4 after Esteban surprisingly fell at the first hurdle.

Lance Stroll, meanwhile, completed the top 10 and managed to outqualify resurgent team-mate Sebastian Vettel for the first time in four races. If it rains tomorrow, he might be far from finished. “I love driving in the rain and if we get some, I won’t be unhappy,” Lance confirmed.

“We’re getting quite a lot thrown at us,” said Christian Horner, alluding to such as flexi-wing and pit stop changes (to be introduced in Hungary and slowing down stops, an area of Red Bull superiority) but I guess that goes with the territory of being competitive.

“When Max does two laps good enough for pole when it’s so close, he’d done a great job. I was a bit concerned that Lewis had an extra set of tyres but we know from experience that doing that puts pressure on your build laps and so we seem to be in good shape. But with thunderstorms forecast, you never know.”

Quite. Red Bull and Max start favourites, but it’s far from a done deal.