For the second week in a row, Max Verstappen will line up on pole position at the Red Bull Ring after taking an emphatic pole.

Plenty of Dutch fans were in attendance to cheer their driver onto another pole while Mercedes had to settle for the second row with Lewis Hamilton and Valtteri Bottas fourth and fifth respectively.

Lando Norris was just 0.048sec away from taking his first F1 pole position in the McLaren while Sergio Perez popped up to third at the death to set Red Bull up nicely for race day.

George Russell was able to get into Q3 for the first time this season having narrowly missed out last weekend but his grid position could be even better with Sebastian Vettel under investigation for blocking Fernando Alonso in Q2.

Here is how qualifying for the Austrian Grand Prix unfolded. 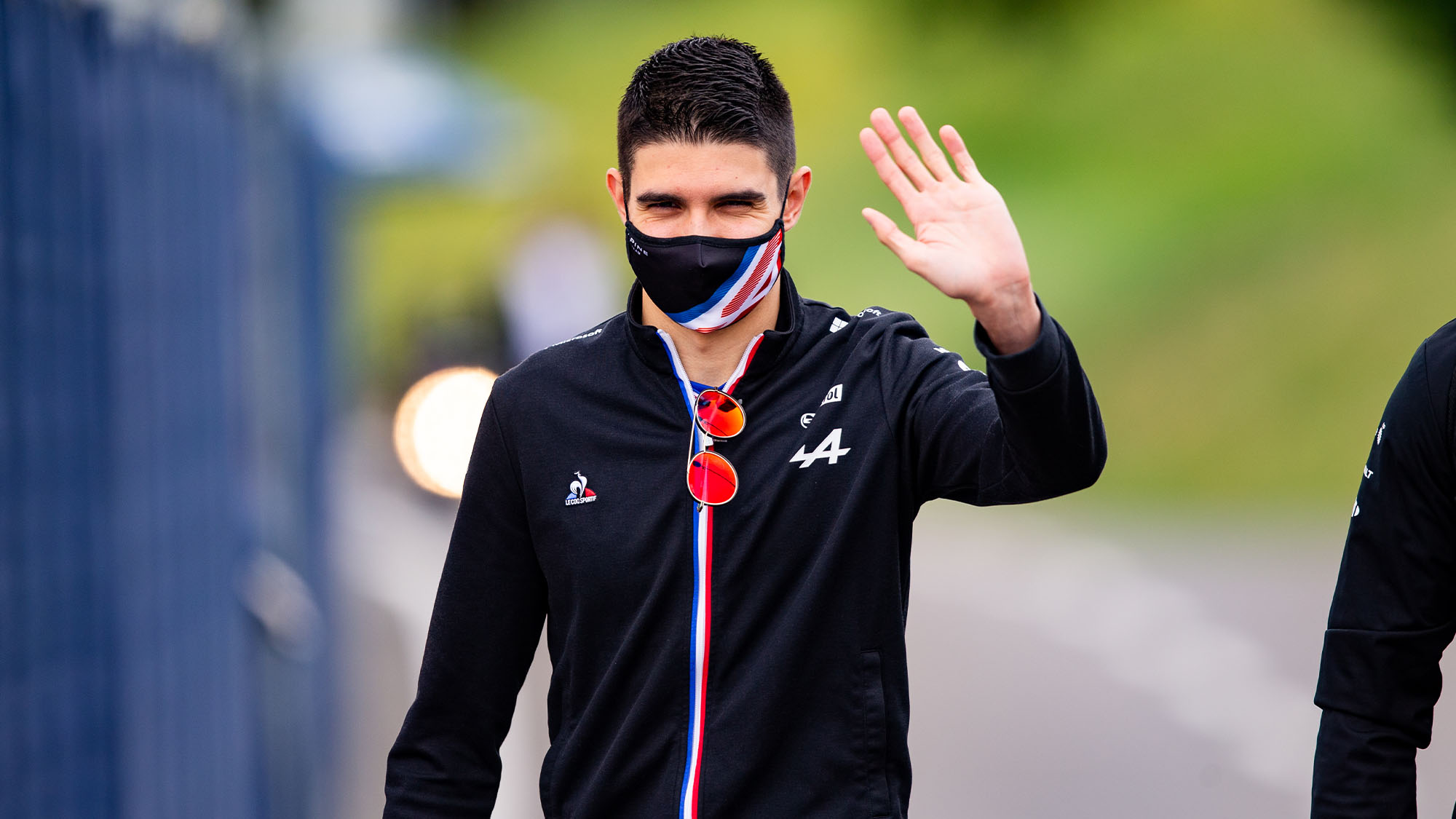 Ocon waved goodbye in Q1 – he qualified down in 17th, whilst his team-mate Alonso was third

Track temperatures were up to 50 degrees by the time qualifying got underway in Austria for the second consecutive Saturday.

Nobody was in a hurry to get out on track giving both Haas drivers plenty of space for their first efforts.

Max Verstappen left the garage with 13mins remaining of the first session to an audible roar from the gathered Dutch contingent. He delivered a 1min 04.249sec to go comfortably fastest in the first runs.

Lewis Hamilton put in a time a quarter of a second down on the Red Bull driver to slot into second with Valtteri Bottas a further tenth back in third.

Pierre Gasly fell foul of track limits at Turn Nine and lost his first lap set on the medium compound tyres to leave him under pressure.

Sergio Perez couldn’t match his team-mate’s speed down while Daniel Ricciardo was finding similar struggles in the battle at McLaren. They were eighth and ninth respectively with five minutes remaining in the first stage.

Likewise at Alpine, Esteban Ocon was almost a second down on his team-mate’s effort and in the knockout zone ahead of the final runs.

Ocon jumped up to P13 in the final seconds as the times started coming in. Stroll moved himself out of the drop zone into 10th across the line until Gasly managed to get up to ninth himself.

Russell continued his Q2 streak to put Ocon and Kimi Räikkönen into the drop zone and out of Q1. 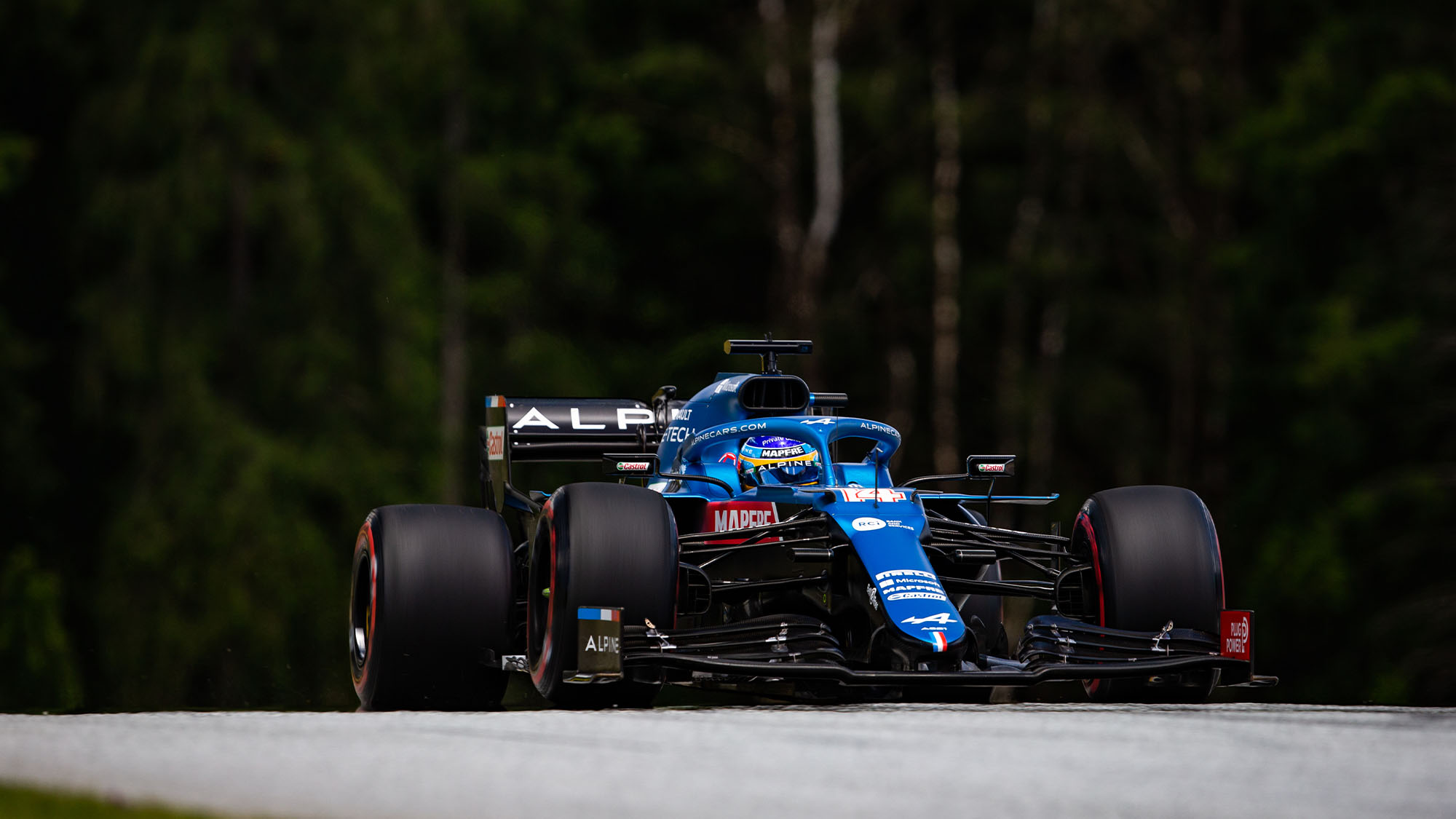 Perez was out on the mediums despite needing to use the soft compound last weekend to make it into the final shootout session.

The circuit was filled rapidly as the session dipped into the final 10 minutes. Everyone bar the two Aston Martins, AlphaTauris and sole-remaining Williams, Alfa Romeo and Alpine opting for medium tyres.

Hamilton’s first effort marginally edged him ahead by 0.053sec before Verstappen smashed that to go clear by almost 0.3sec.

Bottas could only manage fifth and was dropped down the order to eighth by Lance Stroll, Gasly, Norris and Vettel.

Both Ferraris and Ricciardo were stuck in the knockout zone after the first runs along with Ricciardo, Alonso and Antonio Giovinazzi.

With over two minutes to go, garages emptied once again for the final attempts to make Q3. Ferrari opted to stick with the mediums despite being in the drop zone while Ricciardo swapped over to the red-walled softs and Russell switched to mediums.

Alonso was a corner to the end and set to move into the top 10 but was caught up behind a slow-moving Vettel to put him out of qualifying in a slam-dunk case of blocking.

Verstappen went even quicker on his time while both Ferraris pushed Bottas and Russell into the knockout zone.

Russell dragged his Williams into Q3 for the first time since Monza 2018 with his final effort while Bottas improved to third to knock both Ferraris out of qualifying. 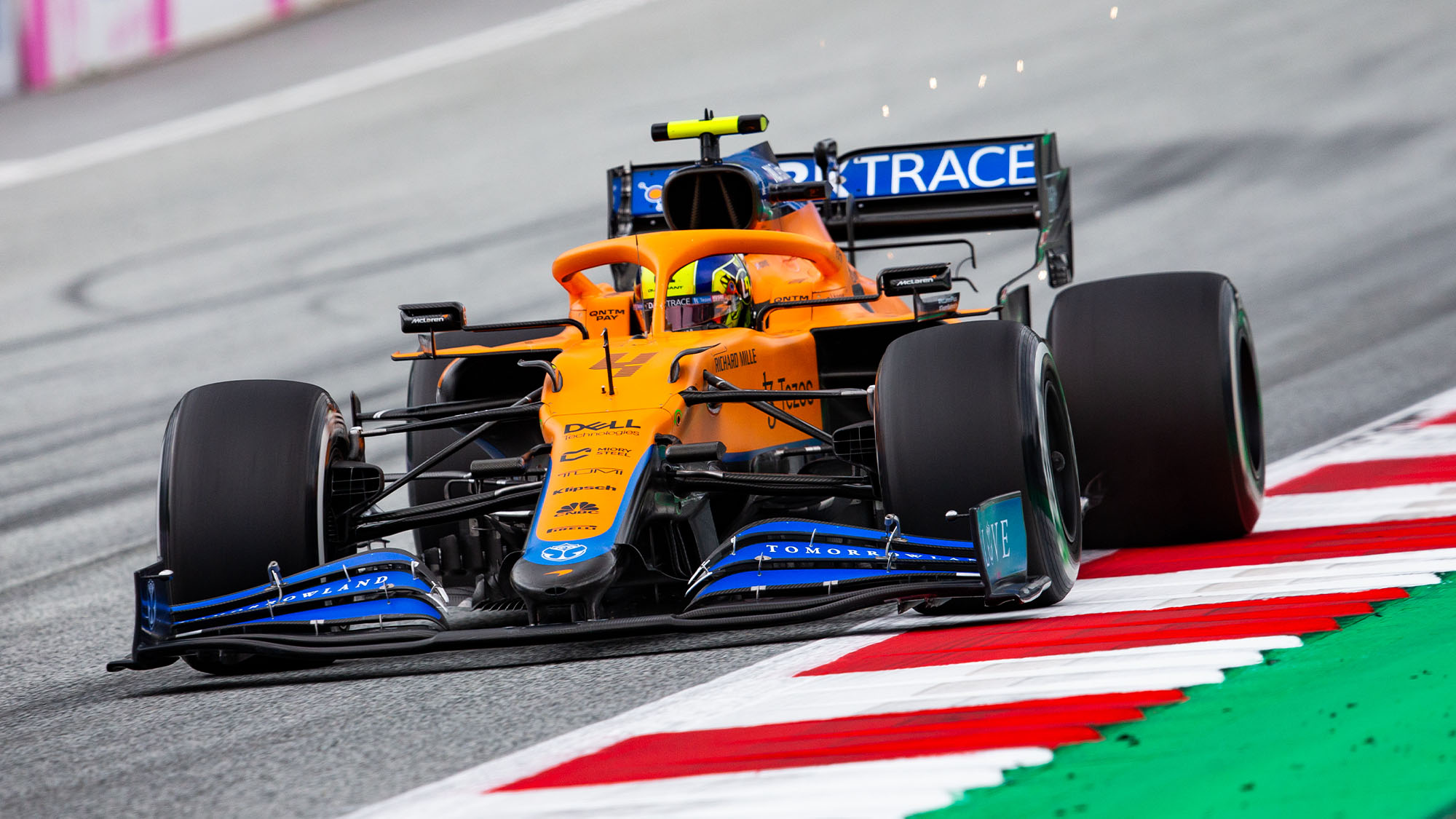 Lando Norris was impressive in qualifying yet again

Mercedes led the leaders out onto the track for the final session while Aston Martin headed up the rest further along in the train.

Russell was kept in the pits for some last-minute repairs after his Q2 heroics may have damaged the underside of his front wing.

Norris crept into the 1min 03s to go provisionally P2 ahead of both Mercedes drivers though was 0.23sec behind Verstappen’s effort much to the enjoyment of every Dutch fan in attendance.

Neither Hamilton or Bottas could get below the 1min 04-mark and reported back to the pits ahead of the final flying laps.

Perez was some way down on his team-mate to the tune of half a second in fifth place ahead of Gasly, Vettel, Tsunoda, Stroll and the yet-to-run Russell.

Verstappen was the one to lead the field back out to head up the train while Mercedes waited for others to make the move in the hopes of a tow.

The Red Bull driver couldn’t improve his initial effort while Norris missed out on pole by 0.048sec. Perez lept up to third to provide even more breathing room for Red Bull.

Hamilton could only manage fourth on his lap ahead of Bottas. Gasly led team-mate Tsunoda while the under-investigation Vettel was eight. Russell was able to beat Stroll for ninth.