McLaren is risking a lot by allowing two-time Formula 1 champion Fernando Alonso to compete in the World Endurance Championship, but there could be a significant payoff 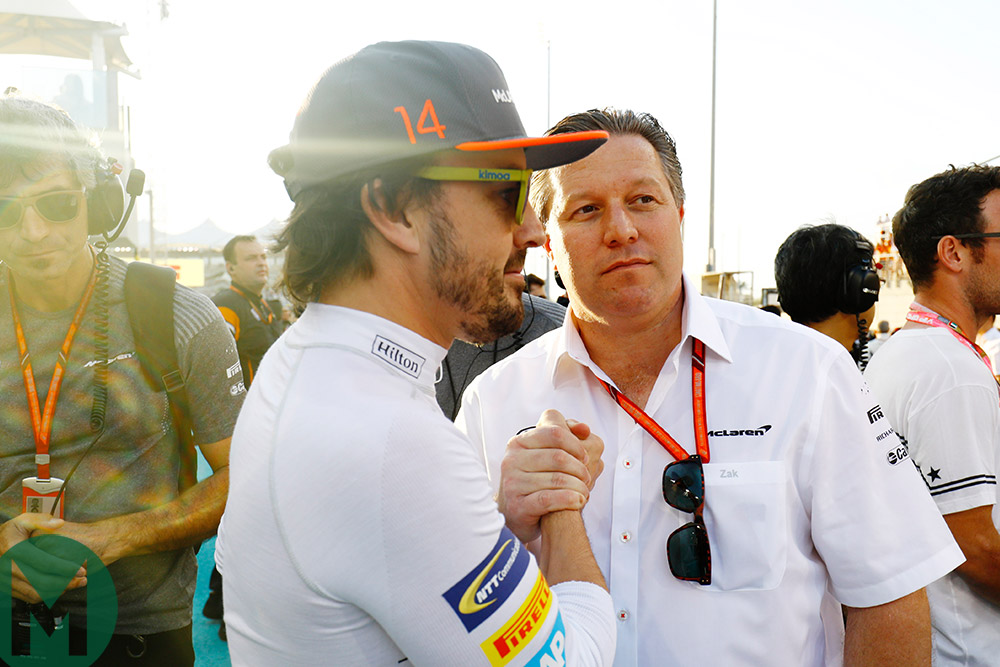 The news that Alonso will be competing in a full World Endurance Championship season for Toyota is good news for McLaren.

Even though it means an additional five endurance races (including last weekend’s Daytona 24 Hours) on top of the 21 Formula 1 races, the team at McLaren is gambling that the price in terms of driver stamina will be more than made up for in terms of Alonso’s motivation.

After arguably the worst season in the team’s history, and with success in a Renault-powered era far from certain, McLaren has cannily recognised that it must do anything it can to protect and motivated its greatest asset. And few things are as demotivating to a driver than an under-par car.

As we reported two years ago, Alonso is not the type of driver to simply occupy the crease and has been sensitive to questions about his commitment before. After being forced to sit out the Bahrain Grand Prix because of injuries sustained in Australia, Sky pundit Jonny Herbert questioned his motivation. “When a driver has an accident usually they want to get back in the car – when I crashed I told everyone I wanted to get back in the car… I know personally you get to a certain point in your career and you start to go downhill. You can be at the top of your game for a long time, but there will be a drop off.”

Spotting Herbert doing his piece to camera, the double World Champion made a beeline for him: “I will not retire, mate. I was World Champion. You ended up as a commentator because you were not a world champion mate.”

Later, Alonso explained to Mark Hughes, Motor Sport’s Grand Prix editor, why he had acted in the way he did.

“I felt a little lack of professional respect, but also it was because he questioned my motivation… Say I am slow, or ugly, or whatever, but not that I am not motivated.”

It was in this context that Alonso went on to first reveal that he was planning an assault on the triple crown. “I’d like to achieve the triple crown one day,” he told us. “So Monaco Grand Prix, which I have already won, then the Indy 500 and Le Mans 24 Hours. It’s a big challenge and if I’m happy and motivated still, maybe that can be my challenge.”

The importance of having his top driver fully engaged was acknowledged by McLaren executive director Zak Brown after it was announced Alonso would be competing in the WEC: “It’s no secret that Fernando has wanted to contest the Le Mans 24 Hours. And I think everybody within our organisation appreciates that a motivated, hungry and happy world-class driver such as Fernando is a formidable asset for any team in F1”.

There are, of course, those that worry that competing in the WEC may prove a distraction and negatively impact on what everyone at McLaren agrees is the main priority” the 2018 F1 championship.

But to see it as a binary choice may be to misread the situation. By keeping its star driver engaged and motivated, the Woking team is playing to its greatest strength – even if that means losing him to Toyota for the odd weekend over the course year.