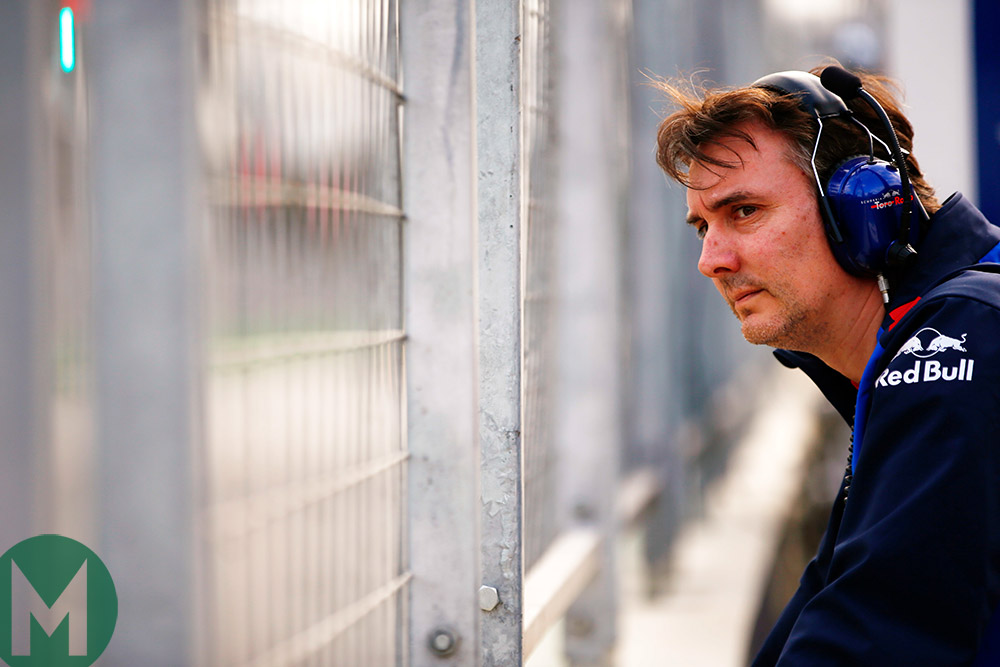 After the departures of Eric Boullier and Tim Goss, McLaren has begun its efforts to rebuild with the appointment of Toro Rosso technical chief James Key, a spokesperson confirmed.

The highly regarded Key, 46, began at Jordan in 1998 as a data engineer and rose to become the team’s technical director in 2005, staying while the team changed to Midland F1, Spyker, and then Force India.

Although Toro Rosso sits eighth in the constructors’ standings this year, ahead only of Sauber and Williams, McLaren’s acquisition of the tech chief is a valuable one as the floundering Woking outfit removed technical officer Tim Goss in April, and had Éric Boullier resign days before the British Grand Prix.

Key transformed Force India from a team that failed to score a point in 2008 to one on the Formula 1 podium – with Giancarlo Fisichella taking pole position and second place at the Belgian Grand Prix in 2009. During that period it was forced to hastily redesign the VJM02.

He moved to Sauber to become technical director in early 2010, and the team rose from eighth in the constructors’ championship to sixth under his tenure.

McLaren currently sits 28 points ahead of Toro Rosso in the constructors’ standings. It is unclear when Key will be able to begin working with the seventh-place manufacturer.