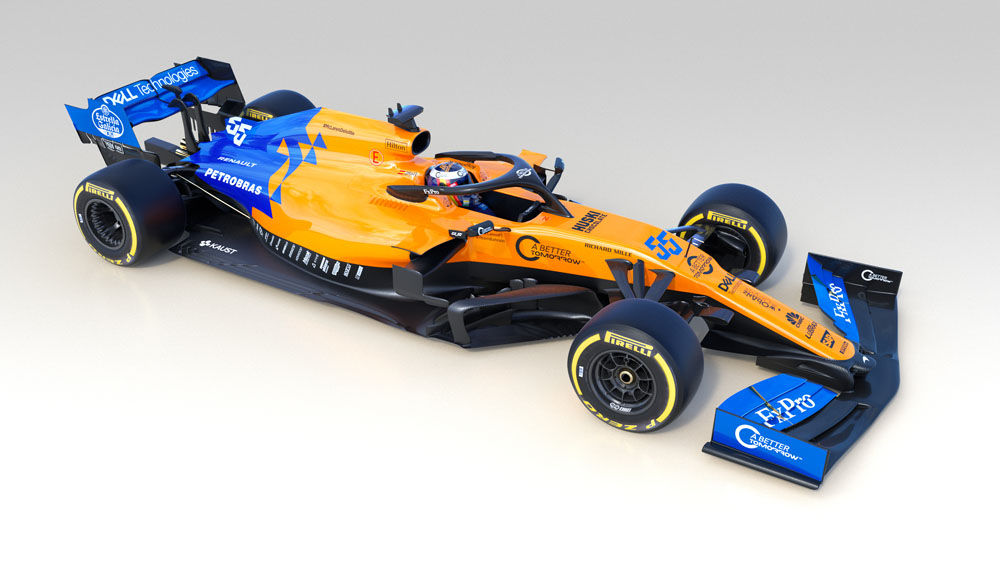 McLaren has revealed its 2019 MCL34 Formula 1 car in an event at the McLaren Technology Centre in Woking, which also was streamed live online.

This is its first all-new driver line-up in 12 years.

McLaren is one of several F1 teams with an all-new driver line up for this season. Two-time world champion Fernando Alonso has stepped aside, at least temporarily, while Stoffel Vandoorne was dropped after disappointing results and now drives in Formula E for the HWA team.

In their stead, Sainz has come from Renault and promising Formula 2 graduate and long-time McLaren protégé Norris has been promoted.

“It’s definitely a good first car to go racing with. I like it, I like the new colour scheme and the new suits,” said Sainz.

“We will see if I like my new team-mate in a couple of months!” joked the Spaniard.

Norris, the youngest-ever McLaren driver, said: “I’ve got a lot to live up to following the drivers from last year and the history of McLaren as well. It’s not something that I think will have a negative effect.”

Last season was disappointing for McLaren. While it improved from ninth place in the constructors’ table to sixth between 2017 and ’18, and more than doubled its points from 30 to 62, its ditching of Honda engines for Renault units was expected to deliver much more of the upturn. Instead the engine switch revealed a number of shortcomings in McLaren’s chassis.

Racing director Eric Boullier left mid last season in a leadership reshuffle, in which de Ferran was appointed to the squad. Last July McLaren also announced the recruitment of highly-rated Toro Rosso technical chief James Key, though there since has been a prolonged deadlock with the Red Bull sister squad refusing to release him from his long-term contract.

The formerly dominant team has been in the doldrums in recent years. McLaren’s most recent F1 race victory was Jenson Button winning the 2012 Brazil season-closer, while it has not won a world drivers’ championship since 2008 and its last constructors’ championship was in 1998.