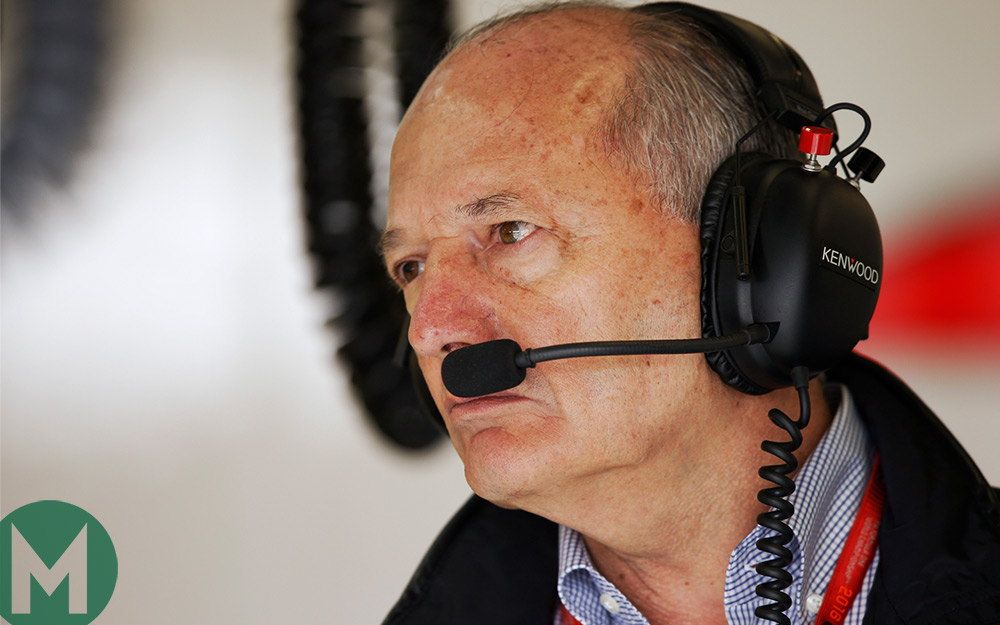 The final parting of the ways between McLaren and Ron Dennis – said to have involved a £275 million payment to Dennis for his 25 per cent shareholding in the group – was inevitable. After being ousted as CEO of the team by the board back in November, he has had no operational role in McLaren at all but remained a 25 per cent shareholder of the McLaren Group. As such, he was entitled to attend board meetings. When he did so, he took with him his lawyer. His former friend Mansour Ojjeh (also a 25 per cent shareholder, but in addition working with the Bahraini group that owns the 50 per cent not owned by this pair) would bring his own lawyer as a counter-measure precaution. It wasn’t the healthiest of ways for a company to be running and reflective of the poison in the relationship between the two men who had achieved so much together.

Although the failed state of this relationship must be seen as at the heart of the split between Dennis and the team he transformed after taking control in September 1980, Dennis had not been able to raise the finance to buy a controlling interest, as he had at one time hoped. So unable to buy in, he sold out. They were the only two alternatives, given the breakdown in the relationship of the two key men.

It all makes for an ironic historical book-ending of Dennis’ involvement with McLaren. In 1981, a year after Dennis had been made co-director with the incumbent team boss Teddy Mayer, the latter is reported to have said to Dennis, “This place isn’t big enough for both of us. One of us must go.” To which Dennis is reported to have asked: “Are you buying or selling?” So Mayer sold out and Dennis bought further in. Thirty seven years later, he’s gone the other way. Except the entity – which in 1980 was probably worth around £100,000 – is now valued in the billions.

Dennis made McLaren arguably the greatest team the sport has ever seen, completely transforming its former nosediving-to-oblivion prospects. He did it through his using his vision, leveraging the growth of the company on that of Formula 1, itself in a time of vast expansion. He understood the implications better than anyone else and his ambition was insatiable, driving the team to ever-greater heights. But in his latter years there it seemed as if there was forever something lying in wait to stymie him. He made powerful enemies. His reactions to that were probably made in the best of intentions for the team but in hindsight some appear to have been ill-judged (his insistence on top rate card for sponsorship of a team no longer producing top results and in a depressed market accounting for substantial loss of income, for example). 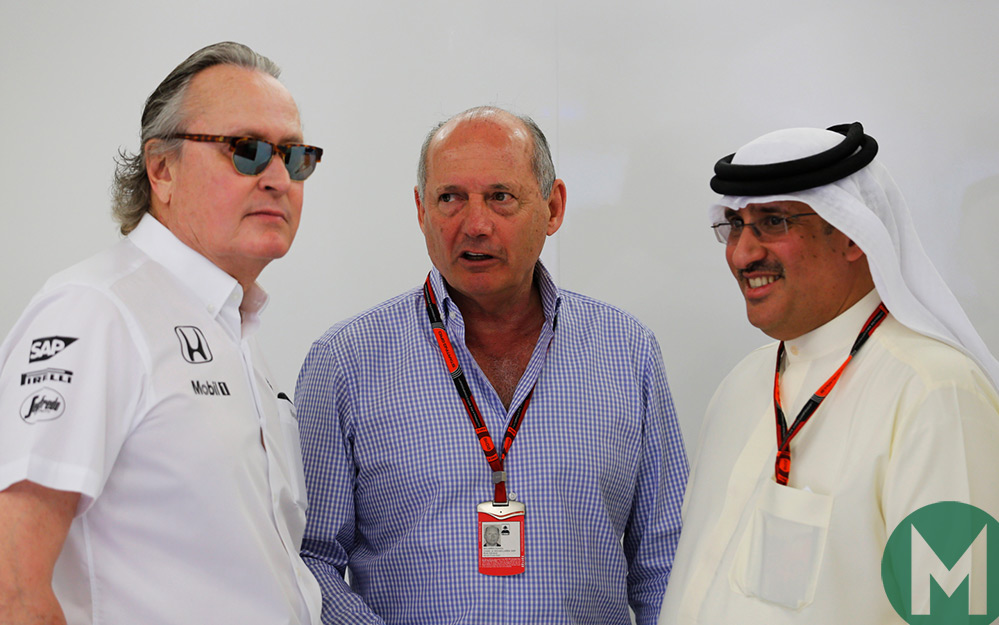 Essentially he split with the team seven months ago and it has taken this long to define the terms of his exit – and we are now well into the post-Dennis McLaren era, McLaren Evo III. As such, much of its presentation and image this year has harked back to pre-Dennis McLaren, not least the promotion of the Bruce McLaren film and the use of pre-Marlboro McLaren orange for both the F1 cars and Fernando Alonso’s McLaren entry in the Indy 500 (another pre-Dennis McLaren link).

But while it’s probably best for all concerned that the divorce settlement has now been reached and everyone can move on, McLaren Evo III has a huge way to go before it can begin to compete with the 37 year legacy of Ron Dennis McLaren.

Ron Dennis CBE has reached agreement with his fellow shareholders in McLaren Technology Group and McLaren Automotive to sell his shareholding in both companies.

Ron celebrated his 70th birthday on June 1st 2017, after 37 years at the helm of McLaren, and 51 years spent working in Formula 1 and other top-level motorsport series.

During his 37 years at McLaren, Ron led the team to 158 Grand Prix wins and 17 Formula 1 World Championships, managing some of the greatest drivers in the history of motorsport (including Niki Lauda, Alain Prost, Ayrton Senna, Mika Hakkinen and Lewis Hamilton, who all won World Championships under Ron’s management) as well as the world-renowned Le Mans 24 Hours race in 1995.

In 2004 Ron announced the launch of McLaren Applied Technologies, which focuses on applying motorsport-bred innovations and technologies so as to improve the performance and product innovation of blue-chip companies in a wide variety of industries.

In 2010 Ron oversaw the formation of McLaren Automotive, now one of the world’s leading manufacturers of high-performance sports cars.

On December 18th 1980, Ron merged Team McLaren (as it was then known) with his own company, Project Four, to form McLaren International, then valued at £3 million. Fewer than 100 people were employed by the new company at that time. In the 37 years since then, supported by the investment of TAG Group in 1984, Ron has presided over a period of remarkable and prodigious growth. The McLaren Group is today valued at £2.4 billion, had a combined turnover in 2016 of £898 million, and now employs more than 3400 people.

“I am very pleased to have reached agreement with my fellow McLaren shareholders. It represents a fitting end to my time at McLaren, and will enable me to focus on my other interests. I have always said that my 37 years at Woking should be considered as a chapter in the McLaren book, and I wish McLaren every success as it takes the story forward.

“Perhaps my greatest satisfaction is the Formula 1 team’s outstanding racing safety record, which is a tribute to the dedication and efforts of hundreds if not thousands of talented and conscientious employees whom I have had the privilege of leading.

“I will continue to consult for various companies and work with the UK Government’s Ministry of Defence Innovation Advisory Panel in helping to improve the technology, the culture and the organisations that together safeguard the UK’s national security.

“I will also continue to run my family’s charitable foundation – Dreamchasing – which focuses on mentoring and financing children and young people from all walks of life, so that they may aspire to and succeed in whatever their career dreams may be. It was working with Lewis Hamilton, whom I took under my wing when he was just 12 years old, and who became Formula 1 World Champion with McLaren in 2008, that inspired my idea to establish Dreamchasing as a charitable foundation.

“Now that my time at McLaren has come to an end, I will be able to involve myself in a series of other programmes and activities, especially those focused on public service. I will continue to indulge my passion for supporting contemporary artists and collecting their work, but most of all I will be driving new ideas and projects forward.

“Last but far from least, I wish McLaren well, and I send my greatest thanks and best wishes to my colleagues in all corners of its business, and at every level of seniority. Truly, they are the best of the best. And, well funded to succeed and grow, and led by an ambitious management team, McLaren is ideally poised to build on the successes that I am so proud to have contributed to during my time leading such a great British group of companies.” 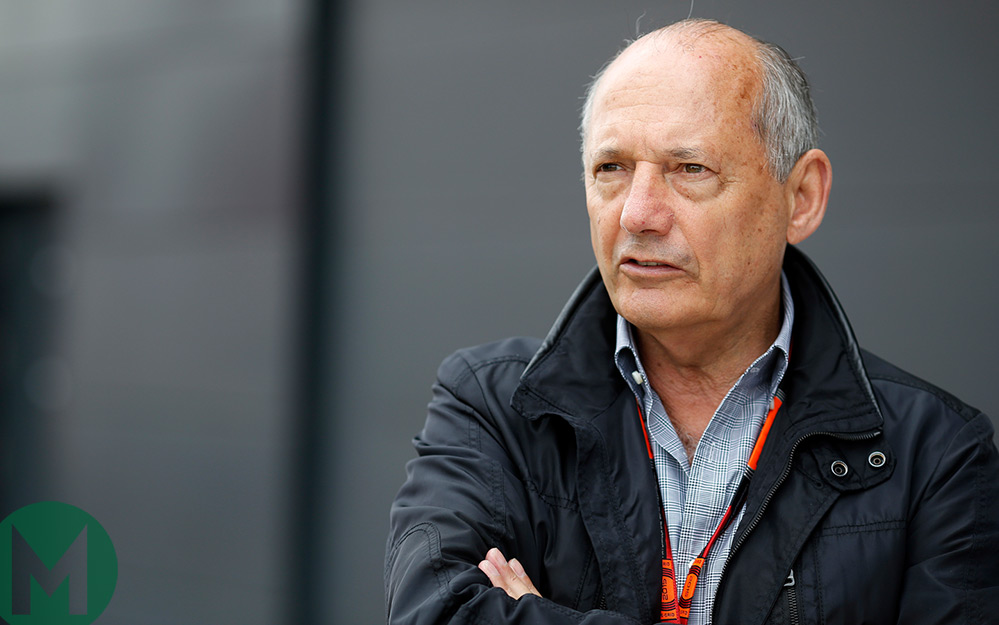 “I would like to pay tribute to Ron’s immense contribution to the McLaren success story over the past 37 years.

“As soon as he had taken over the running of the team in the late autumn of 1980, it was immediately clear that here was a man whose ambition to surpass the achievements of all previous Formula 1 team principals would not be checked. Together with Mansour Ojjeh of TAG Group, whom Ron soon introduced to McLaren and whose support has been invaluable to its success for a third of a century, Ron rewrote the record books in the 1980s and 1990s, winning Grands Prix and World Championships as a matter of apparent routine. But it was not routine: it was in fact the result of a lot of clever thinking and a huge amount of extremely hard work.

“That ethos remains at McLaren, and I am very proud now to be assuming the position of Executive Chairman, alongside Mansour, my fellow Executive Committee principal, who will continue to work with me to drive McLaren Group forward to new successes.

“There will be time in the near future to outline our plans, for the coming months and years will be an extremely exciting time in the story of McLaren. But now, today, it is appropriate that we pause to express our gratitude to Ron. So, on behalf of McLaren and all who sail in her, may I say three heartfelt words: thank you Ron.”