Circumstances appear to dictate McLaren will remain with Honda for 2018, as Mark Hughes explains 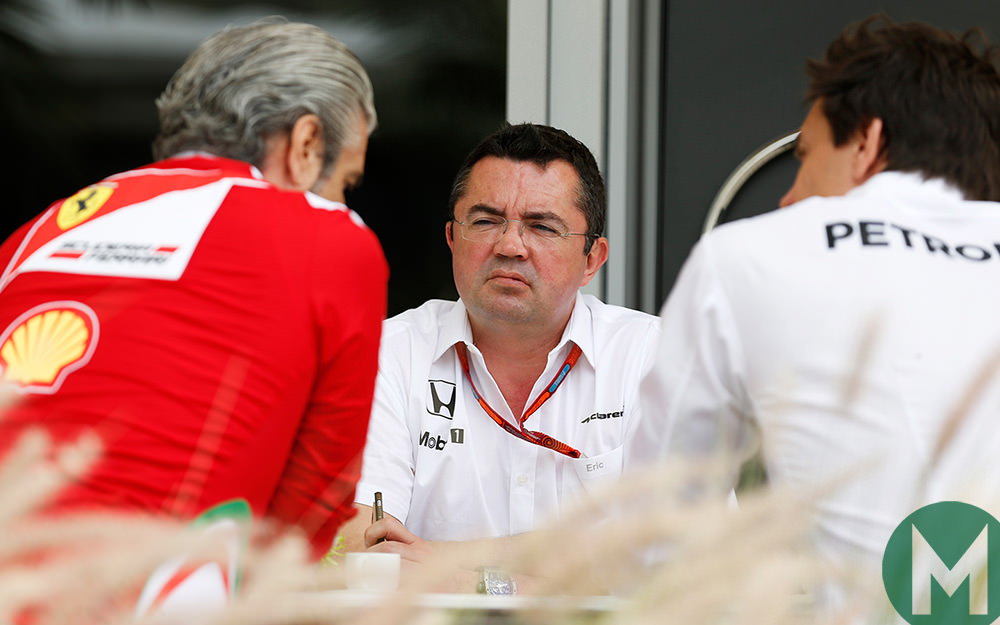 Now that Toro Rosso’s discussions with Honda about a 2018 engine supply have ended, it has made the possibility of McLaren being powered by anything other than Honda next year even more remote. It effectively means that Renault Sport – which will continue to supply three teams, including Toro Rosso – has a convenient riposte to any pressure put upon it to supply McLaren: namely that supplying a fourth team could impact upon development and reliability. After extensive discussions with Mercedes and shorter talks with Ferrari had fallen through, Renault was McLaren’s final non-Honda option.

Earlier in the year McLaren’s Mansour Ojjeh, frustrated by a third year of Honda under-performance, had leant on his close personal relationship with chairman of the Daimler-Benz board Dr Dieter Zetsche for a 2018 Mercedes supply. This relationship was formed in the years when McLaren was Mercedes’ official partner and the car company was a shareholder in the team and the idea was initially greeted favourably by Zetsche. However, neither of Mercedes’ Formula 1 chiefs Toto Wolff nor Niki Lauda shared Zetsche’s enthusiasm and have apparently been successful in changing the board’s mind.

The antagonistic history between McLaren and Ferrari made any alliance there seem unlikely, but this idea was scuppered for more pragmatic reasons than bad blood. A top team with McLaren’s resource and depth of ability posed the possibility of it costing Ferrari success on track. Had the power units been labelled as Alfa-Romeo – as was mooted – this would arguably have been even more embarrassing to Ferrari.

The bottom line was similar in both cases: McLaren is perceived to be potentially too big a threat on track to the entities it was trying to arrange a supply from. Even for Renault, as it continues to build up its works team to close the gap to its customer Red Bull, having another potentially faster Renault-powered team ahead of it made no competitive sense.

On the Honda side of the equation, a scuppered deal with Sauber and stalled talks with Toro Rosso means it will be less accommodating of any attempt by McLaren to end their partnership short of its allotted duration. The idea of supplying those smaller teams was not as replacements for McLaren but to accumulate development mileage and feedback more quickly. The racing arm of Honda remains committed to making its programme work and as such its McLaren partnership is vital. Technical help is being provided by Mercedes as part of F1’s engine convergence process and there are signs that the worst of the problems with this year’s engine might be over. However, what the attitude is of the corporate part of the company to the very public F1 failures is unknown – even by the racing chief Yusuke Hasegawa. Any decision to pull the plug would likely come suddenly and from the top.  Which, under regulations introduced in 2016, would leave one of the remaining three engine manufacturers obliged to supply McLaren. Which of them it would be would be argued over, for they are all each already supplying three teams. But if Honda pulls out McLaren would end up by default with one of the engine suppliers its discussions failed to secure.

Thus the repercussions of the Ferrari-McLaren industrial espionage episode from 2007 continue to be felt. They played a significant part in damaging Mercedes’ relationship with McLaren, which in turn made it more open to the idea of buying the Brawn team it has just powered to the world championship, ultimately leaving McLaren looking for a new engine partner. It’s doubly ironic that McLaren helped facilitate Brawn being supplied with Merc motors at that time. So the wheels of history turn.