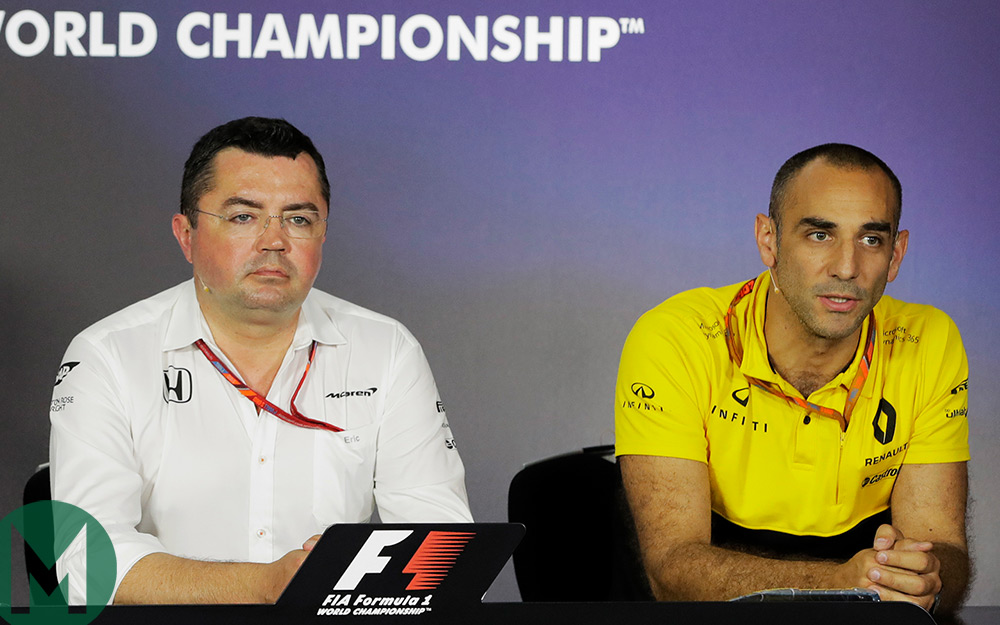 McLaren and Honda are set for either the messiest of divorces or the most uncomfortable of continued marriages. McLaren hopes that in the next few days it can confirm it has split with its engine partner of the last three years and arranged a supply of engines from Renault Sport for 2018.

But there are many complications. Since the last column on this subject – when Honda’s discussions with Red Bull for a supply to Toro Rosso had stalled – it looked like there was no alternative for McLaren but Honda. Having Honda supply Toro Rosso was, and remains, essential for McLaren’s Renault alternative to happen because Renault is simply not geared up to supply four teams. “We are open to the idea of supplying either Toro Rosso or McLaren,” said Renault special advisor Alain Prost at Monza, “but it is impossible for us to supply both. Also, I would point out that we do not expect to be able to supply a winning engine as early as next year and for a driver of Fernando Alonso’s stature, that might be a problem.”

The problems extend further than just whether McLaren can convince its star driver to stay around. Essentially, this boils down to who will pay – and how much. In addition to providing engines, Honda contributes £100 million per year to McLaren’s budget. While McLaren says it can forgo that, Red Bull initially played hardball in negotiations and is believed to have asked for a similar contribution to Toro Rosso’s budget. Although it’s the junior team in the Red Bull stable, Toro Rosso costs Red Bull’s owner Dietrich Mateschitz more money than the senior team because it receives nothing like as much external commercial backing. The idea of an extra £100 million was very appealing. Honda baulked at this and negotiations collapsed. They have recently been re-opened – and Liberty’s Ross Brawn and FIA President Jean Todt were both involved in the discussions between Honda, Red Bull and McLaren over the Monza weekend. Red Bull continues to ask for a significant budget contribution for a Toro Rosso supply and Honda continues to value such a partnership at less than Red Bull is asking for. Red Bull has – perhaps mischievously – suggested that if Honda won’t pay what it is asking for, then perhaps McLaren might contribute!

But for Red Bull there is a logic beyond just the monetary considerations. It has long been dissatisfied with the motors provided by Renault. Honda is receiving help from a group of engineers from outside (ostensibly Ilmor, but including engineers who have worked on the standard-setting Mercedes motor) and there’s realistic hope that it will eventually produce a competitive motor. Should this become evident in the back of the Toro Rosso, it would seem a relatively simple matter to switch the supply over to the senior Red Bull team at some stage in the future.

As for McLaren, although there is a mechanism where a team without an engine has to be supplied by one of the remaining manufacturers should Honda pull out, the FIA has to be notified by a certain deadline – which has already passed. So it is Honda, Renault – or nothing. The prospect of it ending up by default with a Mercedes or Ferrari in the back has gone. If it cannot convince Honda to leave, thereby making it impossible to take up a Renault supply, what alternative does it have?

There is a ‘nuclear option’ – to pull out of F1. But that is complicated by the fact that the team is contracted to F1 until the end of 2020.

Something big is about to happen. But until the money is sorted, no one knows exactly what.