Max Verstappen leads the way on 351.5 points versus the 343.5 for Lewis Hamilton, yet the momentum in this year’s championship fight seems to be in the Mercedes driver’s camp.

Victory in Qatar closed the gap to the Dutchman to eight points and the upcoming races look to favour the W12 over the RB16B.

With incredibly long straights and fast corners making up the majority of the lap, drivers will be taking the Jeddah Corniche Street Circuit at 79% full throttle throughout each minute-and-a-half tour.

The championship fight is finely-poised between the battling teams and drivers. Red Bull expects to be closer to Mercedes this weekend but the latter believes the Saudi circuit will suit its car much more than the most recent Qatar and Brazil races.

Further back, McLaren needs a serious swing in luck and performance to overturn the gap between it and Ferrari in the constructors’ championship while Alpine stole a serious march on AlphaTauri with Fernando Alonso’s podium at Losail last time out.

Here is what to watch out for during the penultimate race of the 2021 Formula 1 season.

Back to full power 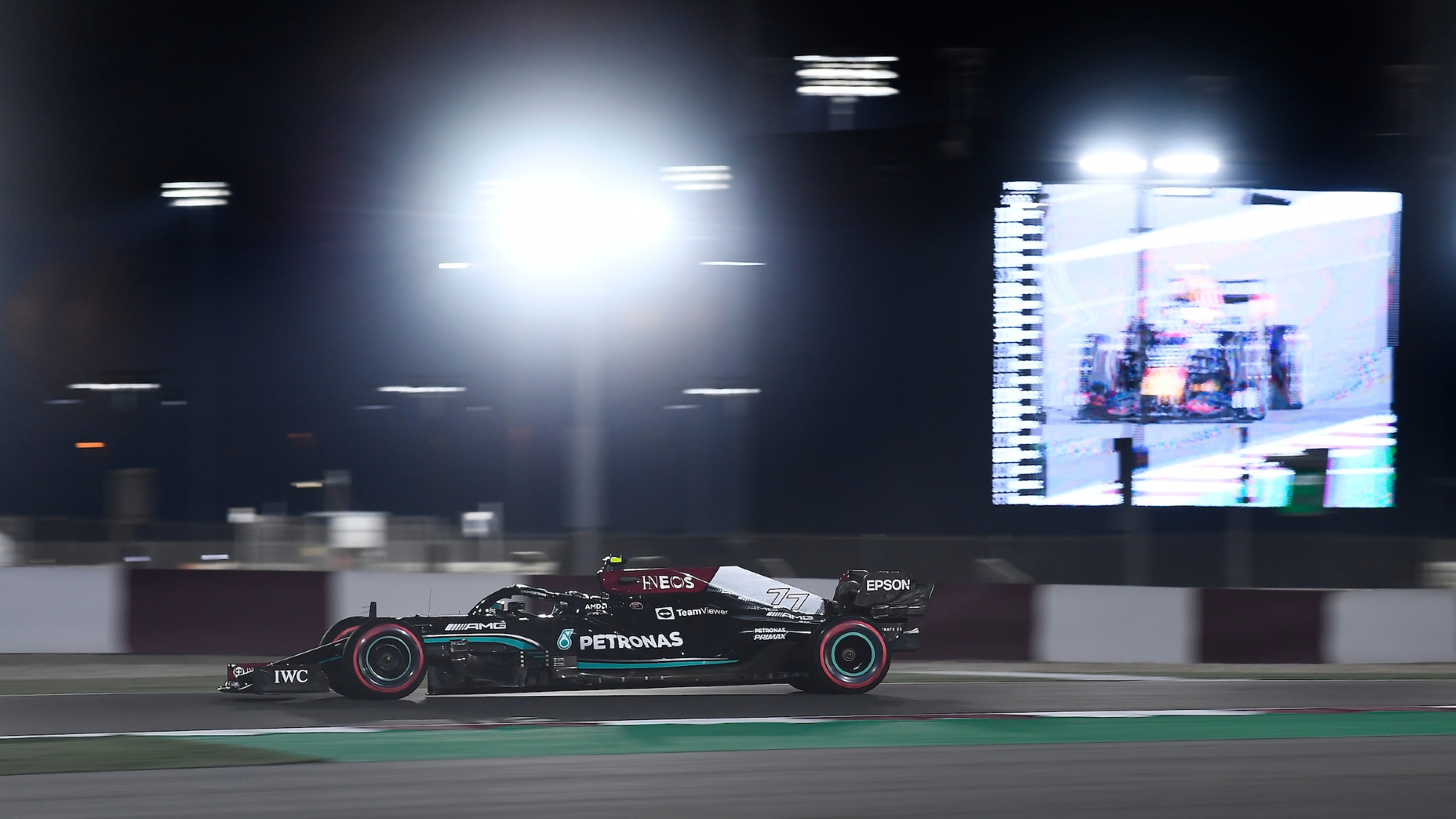 Mercedes team principal Toto Wolff was all smiles after the Qatar Grand Prix. The team had just secured a comfortable victory around a track at which it expected to face stiff competition from Red Bull.

His comments to Sky Sports F1 in the afterglow of a critical victory that the team revealed the team would be bringing the “spicy equipment” with it for the Saudi Arabia race.

That was confirmed by Mercedes trackside engineering director Andrew Shovlin, who added that the layout of the Saudi circuit should suit Mercedes even more than Losail.

“We’ve seen pretty big swings of performance over the recent races, if we look at the track in Saudi, I think it should suit us,” Shovlin said. “For Lewis, we have got the more powerful engine to go in the car, so that’s going to give him a useful engine.”

His Brazil-spec power unit gave a nice boost in straight-line speed performance to the tune of almost 8kph versus his closest rival Verstappen. The advantage was not insignificant but hardly the insurmountable mountain Red Bull made it out to be.

If there a similar advantage is seen this weekend, will the challengers put the money where its mouth is and protest? Or are we set for a tooth and nail fight on track rather than off of it? 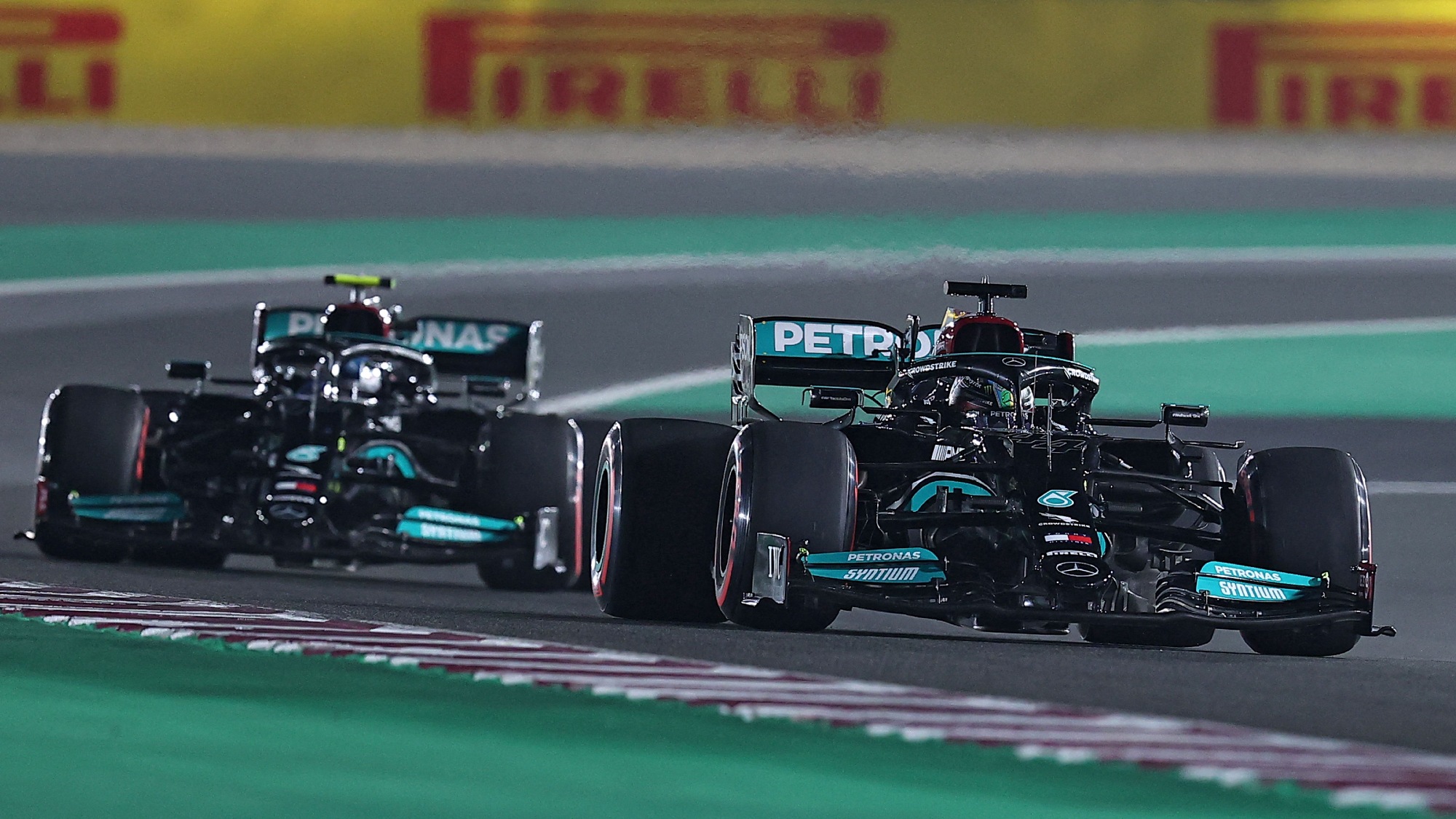 Mercedes rear wings will be under scrutiny this weekend

Another round of wing-watch and all eyes are on Mercedes after the threats made by Red Bull over the Black Arrows’ allegedly suspect rear wing.

In the wake of the outcry from RB camp, the FIA is seeking to introduce new checks in order to police flexi-rear wings. In Qatar, it carried out a fact-finding mission via an informal test that involved hanging 35kg weights to two sections of the lower mainplane of the rear wing structure to assess any flexing under stress. 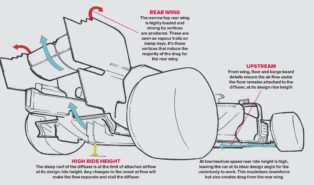 Footage from a rearward-facing facing camera on the Mercedes at Istanbul revealed just how far the rear of the car was sinking once past a certain speed. This was the…

All teams including Mercedes are said to have passed the test comfortably.

Red Bull has been typically upfront about why it thinks that is. The team claimed the top speeds from both Mercedes cars was back to normal in Losail yet Mercedes insists the wing in Qatar was same spec as the one used in Brazil, when this controversy hit the fan.

The former has threatened to protest the car if it suspects a breach of the rear wing regulations but Mercedes maintains its car is fully legal and that its rivals were “seeing ghosts,” according to team boss Toto Wolff.

Never before has a rear wing been as hotly anticipated as this weekend, when top speeds are expected to be high and any performance on the straights will be a major gain in lap time. 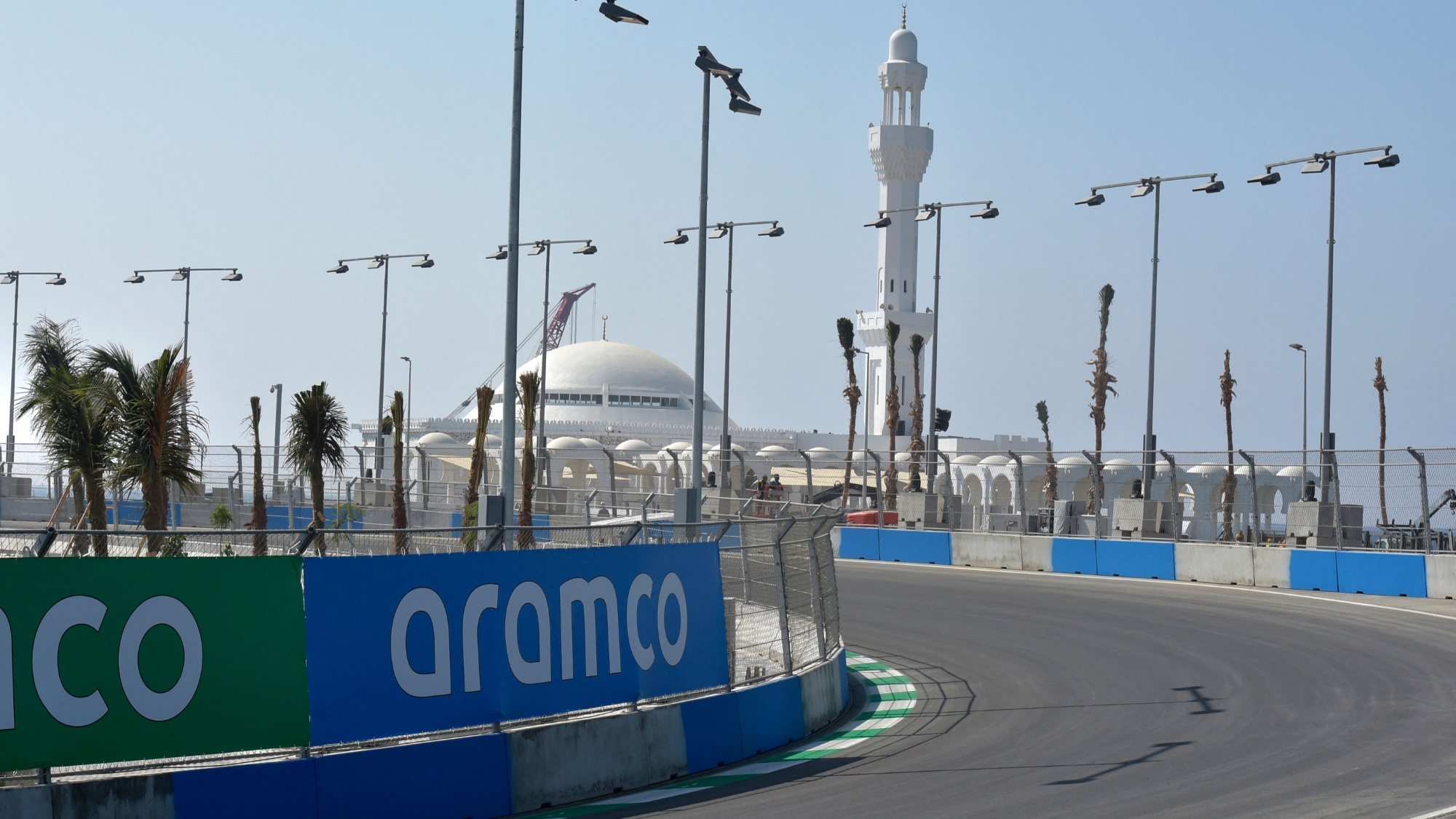 Self-confessed ‘hater’ of the simulator, Hamilton has been in the Mercedes sim plenty ahead of this weekend’s race in Saudi, showing just how tough a challenge the drivers are expecting the circuit to be.

He even took part in a track scoot in Qatar, something he rarely does so there is no stone left unturned for the reigning champion as he looks to hold onto his crown.

The ultra-fast Jeddah street circuit looks like the fastest parts of the Baku Street Circuit threaded together with very little margin for error. Combine that with the poor track surface likely to greet the drivers on Friday and there is a recipe for disaster if someone gets it wrong.

“Judging from what I saw on the simulator, Saudi will be extremely quick, with a large number of very high-speed corners, some of them blind. I think it’s going to be very complicated from a driving point of view and there will be the extra challenge of the track surface being completely new,” AlphaTauri’s Pierre Gasly said ahead of the weekend.

“No cars have ever raced on it, there will be no rubber down and probably some oil will still be coming out of the tarmac, which is what normally happens at a new circuit. So, we are looking at a street circuit with quite low grip, which is a new challenge as no one has any data from the track.

“Another thing that is clear from the simulator is that the speeds are very high, but the walls are very close, so it should be impressive from the cockpit and a nice challenge, which we must prepare as well as possible for.” 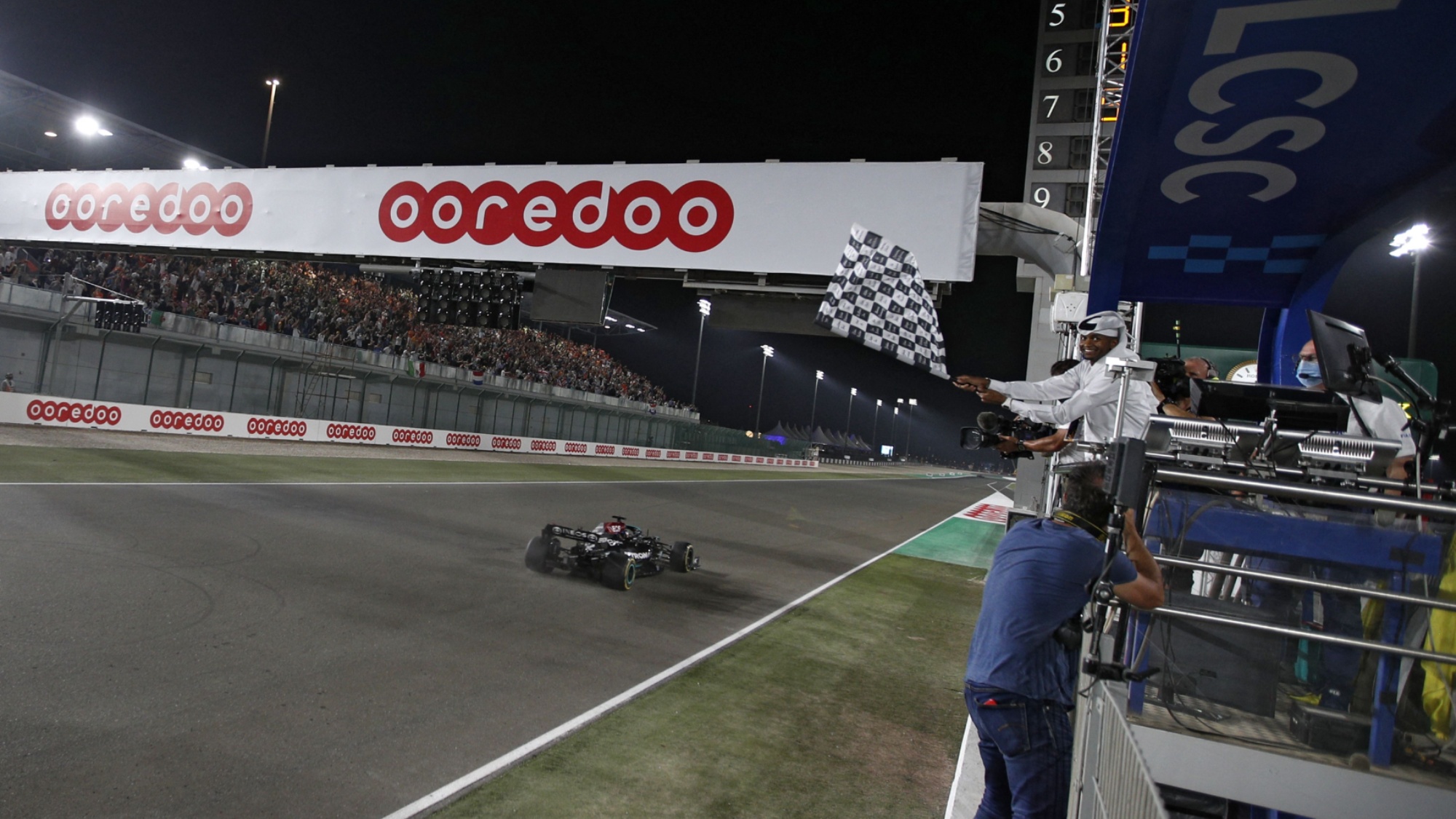 HAMAD I MOHAMMED/POOL/AFP via Getty Images

The Saudi Arabian GP could be pivotal to this season’s world championship and the additional point for fastest lap is a crucial part of the picture.

Hamilton and Verstappen have made clear that each point matters in this title fight. The Red Bull driver pitted late on during the Qatar Grand Prix to secure the fastest lap point and Hamilton’s team radio asking whether his rival had achieved the extra score proved its worth.

With two ‘bonus’ points remaining this season, the Saudi Arabia fastest lap could turn out to be the deciding factor for this year’s championship fight. 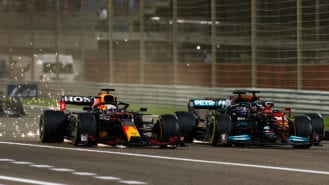 Valtteri Bottas and Sergio Perez have both been deployed this year as a foil for their opposite numbers. Pitting late to deprive their rival outfit of the extra point has counted not only for the constructors’ championship but impacted the drivers’ also.

With a maximum score of 52 points remaining, both championships are separated by a knife-edge. Verstappen needs a minimum of 18 points to secure the 2021 world championship should Hamilton fail to score a point this weekend.

If both fail to score this weekend, we’d head into the final round of the season with an eight point gap in the standings and a maximum point differential of eight remaining. On countback, Verstappen would be crowned world champion. Bottas and Perez will be deployed in an unforeseen but extremely tense showdown and battle for the deciding fastest lap point.