Max Verstappen will not be penalised for his off-track block on Lewis Hamilton at the Brazilian Grand Prix, after stewards decided that new footage of his steering wheel was “not significant”.

Mercedes boss Toto Wolff, who had requested a right to review the incident said that the verdict was “completely expected”.

The two exchanged strong views on legality of their respective cars, as well as the Interlagos Turn 4 accident, which happened as Hamilton attempted to take the lead of the race.

Verstappen’s Red Bull ran wide and off the circuit, causing Hamilton to go off track at the same time. Stewards deemed that no investigation was necessary.

Forward-facing footage of the accident was only available after the race and shows Verstappen steering at a shallower angle than on previous laps. This formed the basis of Mercedes’ right to review the decision but Wolff said that he never expected it to succeed.

“We wanted to trigger discussion around it, because probably, it will be a theme in the next few races and I think that objective is achieved,” Wolff said. “We didn’t really think it would go any further. 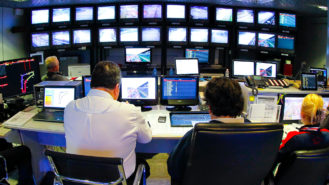 Time for F1 referees who can black-flag dirty driving — no appeals: MPH

As we wait for the stewards to decide if there is any basis for Mercedes’ request for a right to review the Brazil Hamilton/Verstappen incident, so F1 finds itself trapped…

“What you’ve seen on the video is clear. That corner was not meant to be the corner where he stayed on the track – he never meant to.”

“I think it’s obviously the right, the right decision because it would open Pandora’s Box regarding a whole bunch of other incidents that happened at that race,” said Horner in the interview.

Earlier on in the conference, the Mercedes boss Wolff predicted that the investigation would go no further: “We don’t expect to gain anything from the right of review … it’s more about the principle and the philosophy.”

“I think the outcome from Silverstone was a much more severe one. And nobody liked the pictures. But the philosophical question remains the same: if the outside driver doesn’t concede room, then they collide – and they would have collided in turn for Interlagos if Lewis wouldn’t have opened up and run even wider. So I think the regulation that can be applied if the same.”

The verdict was issued after a a hearing yesterday, involving Mercedes and Red Bull, followed by overnight deliberations.