Formula 1 has finalised its return date and, ahead of the first race of the 2020 season in July, Mercedes has confirmed it will be participating in a test at Silverstone next week.

Lewis Hamilton and Valtteri Bottas will take part in a private test using the 2018 W09 car in order to gain some practice time on track and in the garage ahead of F1’s return. Both drivers will be looking to acclimatise quickly after being out of the cockpit since pre-season testing ended on February 28.

The team has confirmed that Bottas will take to the track on Tuesday, while Hamilton will fill in on Wednesday as the team prepares for the first of two races of the revised 2020 season in Austria.

Testing restrictions do not apply to 2018-generation cars, which would allow a full two days of running. Mercedes said the test will allow the team to “practice protocols” as F1 will be running under strict safety guidelines due to the Covid-19 pandemic. 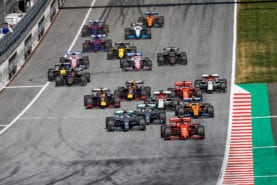 Formula 1 has announced its plans to start this year's season on the weekend of 3-5 July with the Austrian Grand Prix, which will be held behind closed doors. A…

A robust system will be in place during the opening weekend and subsequent races, with regular testing for coronavirus taking place both prior to and during race weekends. Social distancing measures will be in place and limited team personnel permitted to travel to races, and each event will be closed to the public.

Earlier this week, Lando Norris took part in a private test with his old junior team Carlin, as he also sought to prepare ahead of the Austrian Grand Prix on July 5.

Norris has kept busy during the lockdown period, driving in plenty of online races and championships, though he was back in a real F3 car at Silverstone earlier in the week.

The McLaren driver raced with Carlin throughout his career before making it to Formula 1, competing with the team in British and European F3 and Formula 2 in 2018 ahead of his call-up to McLaren’s F1 team last year.

Carlos Sainz, Kevin Magnussen and Pierre Gasly have each been karting at some point during lockdown and George Russell has said he is also keen to test in old F1 machinery before taking to the track at the Red Bull Ring in July. 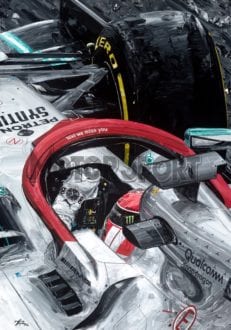