A frustrating start to the season for Carlos Sainz has mainly been down to bad luck. This weekend’s Spanish Grand Prix could be where he shines, says Mark Hughes 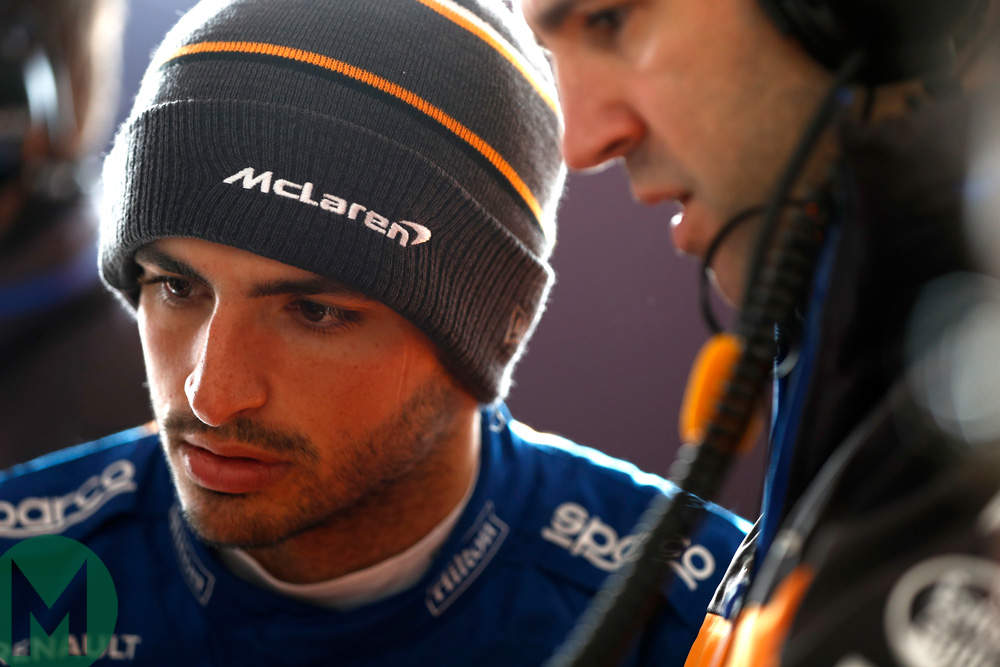 Carlos Sainz has rather fallen under the radar this Formula 1 season, with much of the attention falling on his starring rookie team-mate Lando Norris. But Sainz has not been out-performed by Norris; rather he’s just been on the wrong side of yellow flags on two crucial occasions in qualifying (Australia for Kubica, Baku for Magnussen).

In the two qualifying sessions where a straight comparison has been possible – Bahrain and China – Sainz has qualified as the faster McLaren and was on-course to have taken a starring role in the Bahrain race before clashing with his hard-headed former team-mate Max Verstappen for what would’ve been fourth place. So it’s been a frustrating beginning to his McLaren career, with big results tangible but forever just out of reach, his only points finish coming with seventh (second in ‘Class B’ to Sergio Pérez) in Azerbaijan. But now we head for his home track of Barcelona, where he’s never been out-qualified by a team-mate in four appearances (and that includes Verstappen).

In his rookie year of 2015, he qualified his Toro Rosso over a tenth ahead of Verstappen and, after losing position to him in the first lap scramble, overtook him late in the race on his way to an immaculate ninth-place finish. Over the course of that season, there was next-to-nothing to choose between the two junior Red Bull drivers, Verstappen marginally ahead in qualifying (by two hundredths!) despite losing out to Sainz 7-5 in the 12 events where a straight comparison was possible. In the 10 races where a comparison could be made, Verstappen was ahead, but only 6-4.

More: MPH: where the teams stand after four races

For Spain 2016, with Verstappen newly promoted to the senior team (and winning on his debut there), Sainz quietly did his stuff out of the spotlight, comfortably out-qualifying new Toro Rosso team-mate Daniil Kvyat to line up eighth on the grid, just 0.1sec behind the much faster Williams of Valtteri Bottas. He ran in a starring early third place after the Mercedes drivers took each other out on the first lap but the Toro Rosso was too slow on the straights to maintain that position. Nonetheless, he made Ferrari drivers Vettel and Räikkönen work hard in finding their way past (below), Raikkonen taking to the gravel in his attempts at piercing Sainz’s perfect defence. He finished a car-flattering sixth. 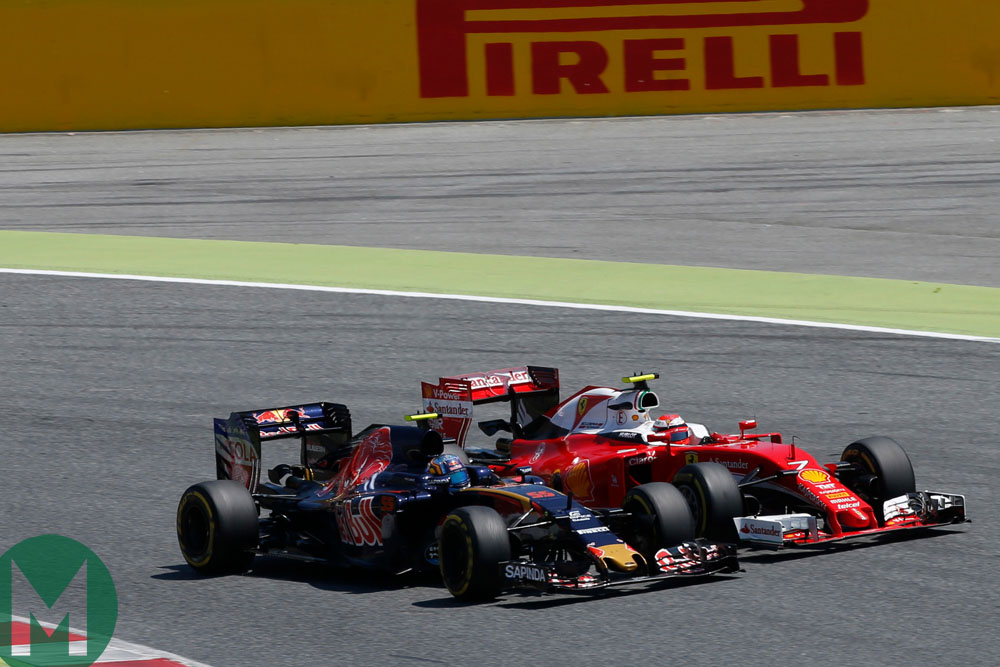 The 2017 Toro Rosso was much less competitive here and it was all Sainz could do to qualify it 12th, again substantially faster than team-mate Kvyat. He finished an immaculate but generally overlooked eighth. Last year, despite difficulties adapting to the very different car, he comfortably made Q3 as the faster Renault (against Nico Hülkenberg) and fended Fernando Alonso off throughout the race to finish seventh.

It’s a pretty immaculate Barcelona record but he’s far from a one-track specialist. It would be difficult to reason how he could have done more with any of his opportunities. For some reason, his stock has never quite matched the measurable reality. Alongside the phenomenon that is Verstappen that’s perhaps understandable, and his initiation with Renault last year against Hülkenberg was not strong, but became ever more so as the season progressed, to the point that their qualifying averages were separated by hundredths of a second over the year. This year, Norris has – quite justifiably – been making headlines at McLaren. But he has not been out-performing Sainz.

Now into his fifth season of F1, Sainz has the maturity to go with the skill – and he remains absolutely mesmerising in wet or changeable conditions. The law of averages will surely allow him to shine soon and this weekend would be a great time for that to happen.