Few Grands Prix can match Belgium 1991 for ready-made headlines. It began with the incarceration of Jordan driver-cum-local hero Bertrand Gachot, dispatched to HMP Brixton for using a pepper spray during a confrontation with a London cabbie, and that remained the main talking point as teams filtered into the Ardennes.

Disgruntled fans had painted pro-Gachot graffiti on the track surface and his manager, regular touring car campaigner Pascal Witmeur, hired a Reynard to enter the supporting F3000 event. That featured Gachot slogans on its sidepods – and they were quite easy to read, as Witmeur was more than 27sec off the pace (and 22sec behind the slowest of the 26 qualifiers).

Focus would shift fairly briskly from Gachot’s predicament to the form of his replacement, 22-year-old Michael Schumacher. On loan from the Mercedes sports car team, the German showed a tremendous turn of speed during practice and qualifying – especially when you consider that he’d never previously seen the circuit. Team owner Eddie Jordan was known to have an eye for young talent, but that played no part on this occasion. As he told Motor Sport recently, “I was offered this guy Schumacher, who came with £150,000 from Mercedes. People thought I’d been clever to hire him, but I hadn’t: I took him because of the money. I wasn’t even sure I could spell his name.”

The famously hard-to-please Denis Jenkinson was among the impressed. In the October 1991 edition of Motor Sport, he wrote: “There was a lot of fluttering in the media dovecote over the performances by the new young German driver Schumacher, and his eighth place in the qualifying times [later promoted to seventh, when Riccardo Patrese’s Williams was demoted for having an inoperative reverse gear] was the sort of thing that made one sit up and take notice. It prompted me to journey out to the far end of the circuit to get an idea of how it was achieved. What I saw was similar to the occasion when Jean Alesi first appeared in a Tyrrell 019. Here was a man making the car do what he wanted, when he wanted it, not hanging on to see what the car wanted to do, and this was on a 120mph blind downhill left-hander. Ignoring Patrese’s disqualification, the only drivers faster than Schumacher were Senna, Patrese, Prost, Mansell, Berger, Alesi and Piquet and that needs no further comment.” 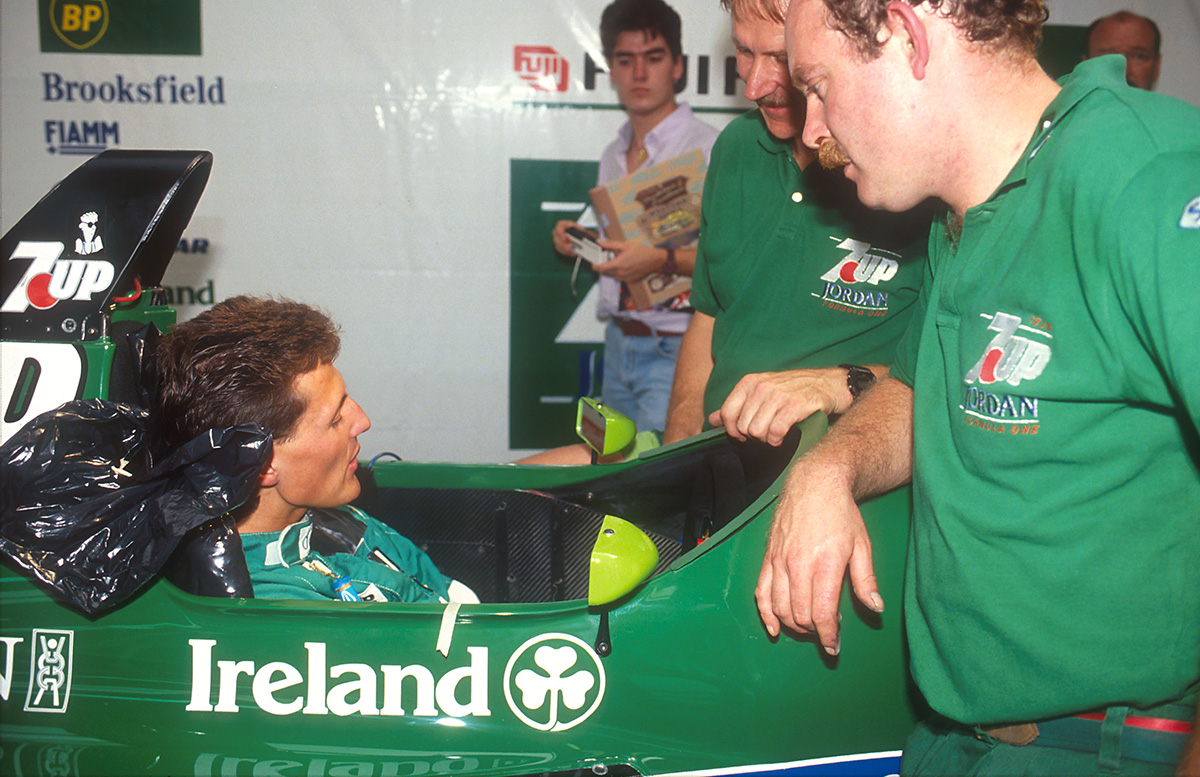 Schumacher’s race lasted a matter of metres, thanks to a fried clutch, but that couldn’t dilute the impression he’d made.

At that time it was common for paddock folk to repair of an evening to L’Auberge, a restaurant just off the main drag through central Spa – and that is the source of my abiding memory. A group of us ate there early in the weekend and Schumacher was a few tables away, sitting quietly with manager Willi Weber as the wider world wandered by, oblivious to his presence.

Within a couple of days, his touch at the wheel had torpedoed any such anonymity. 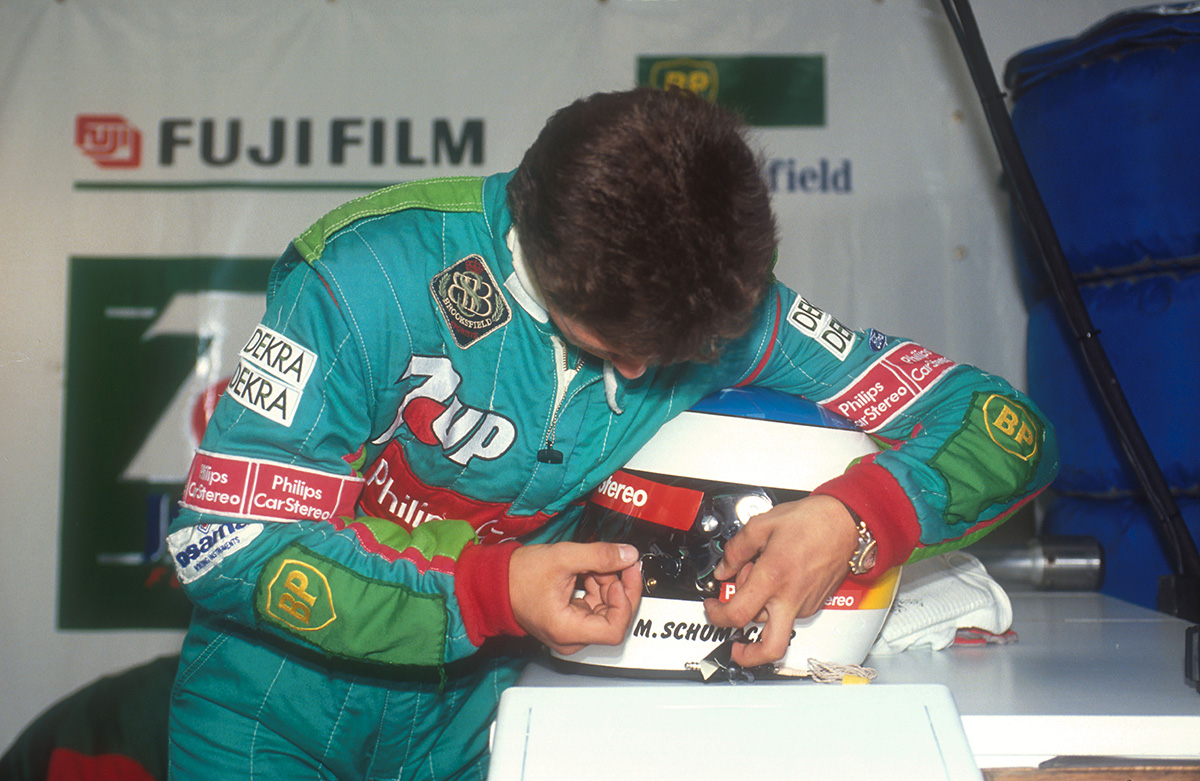 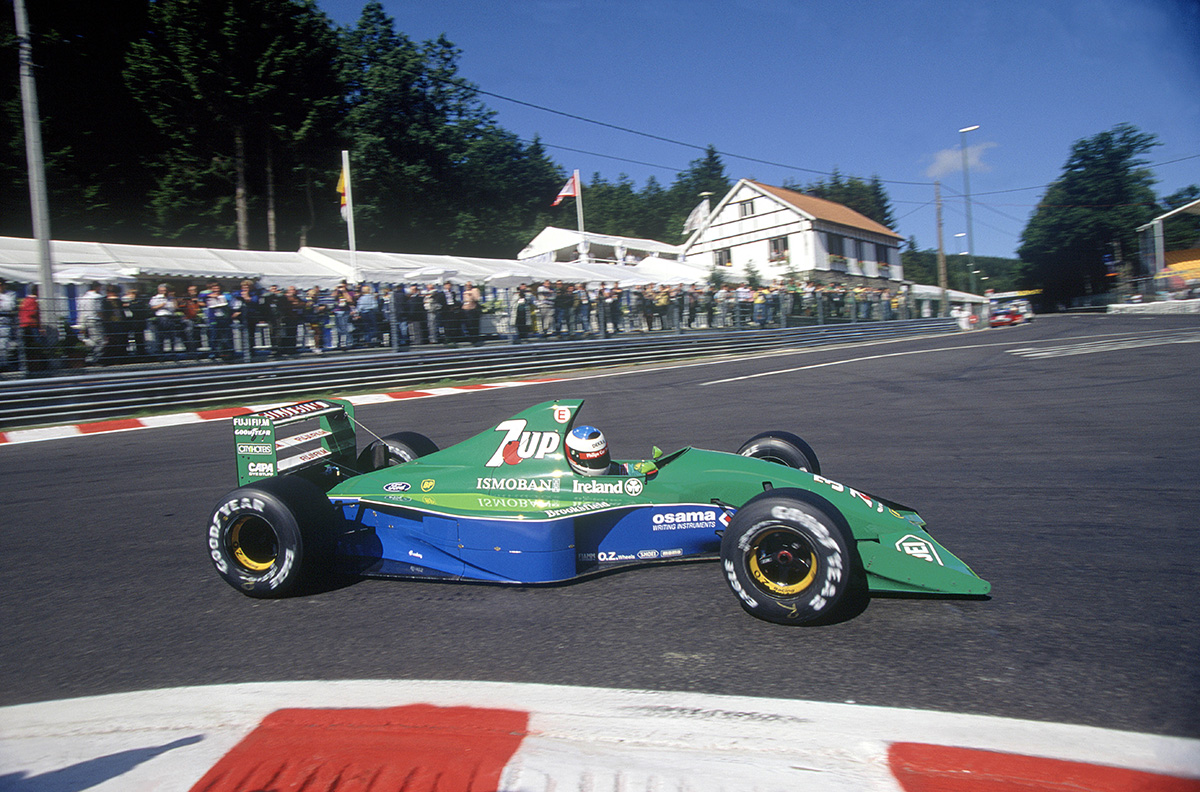 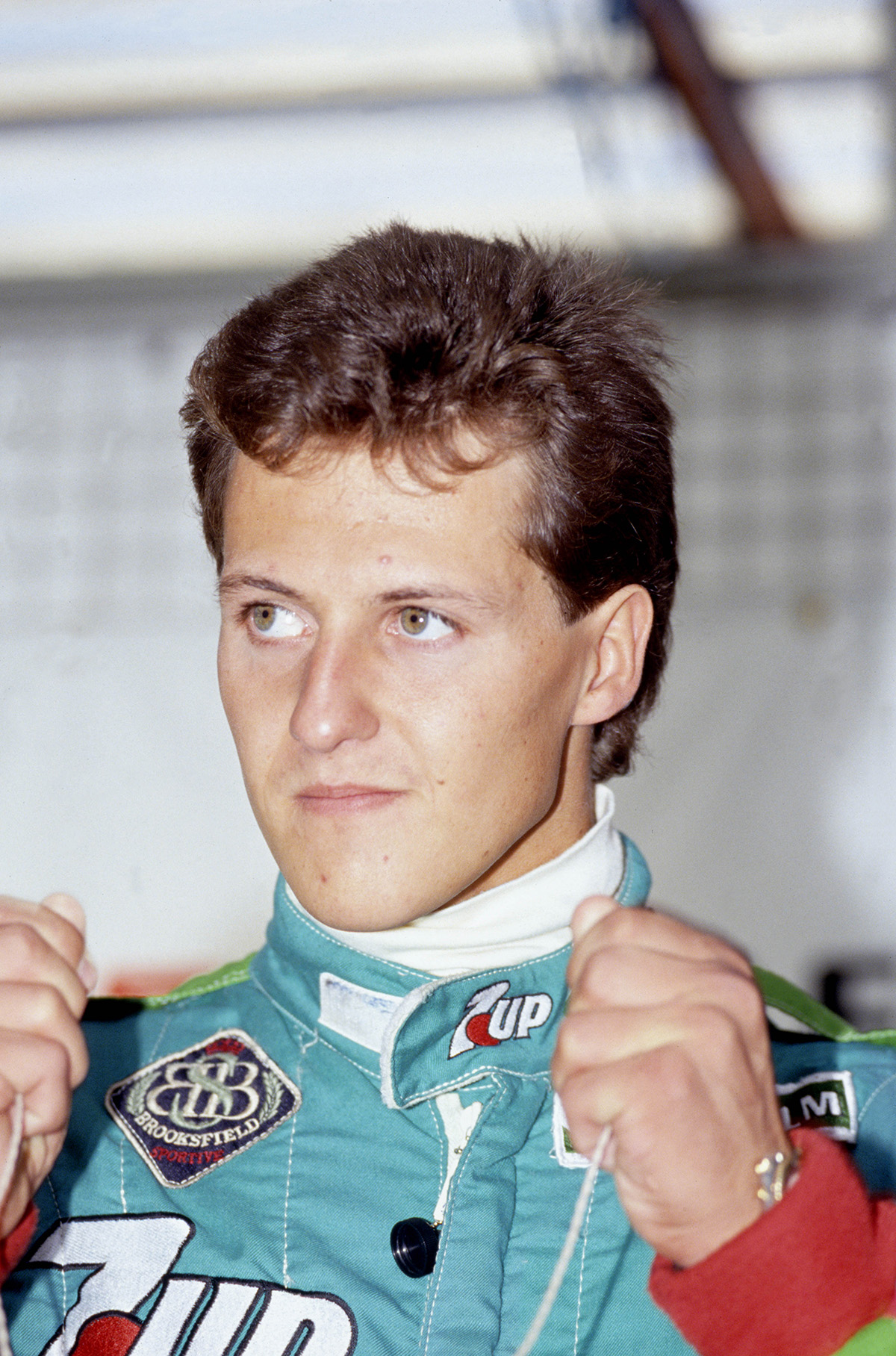 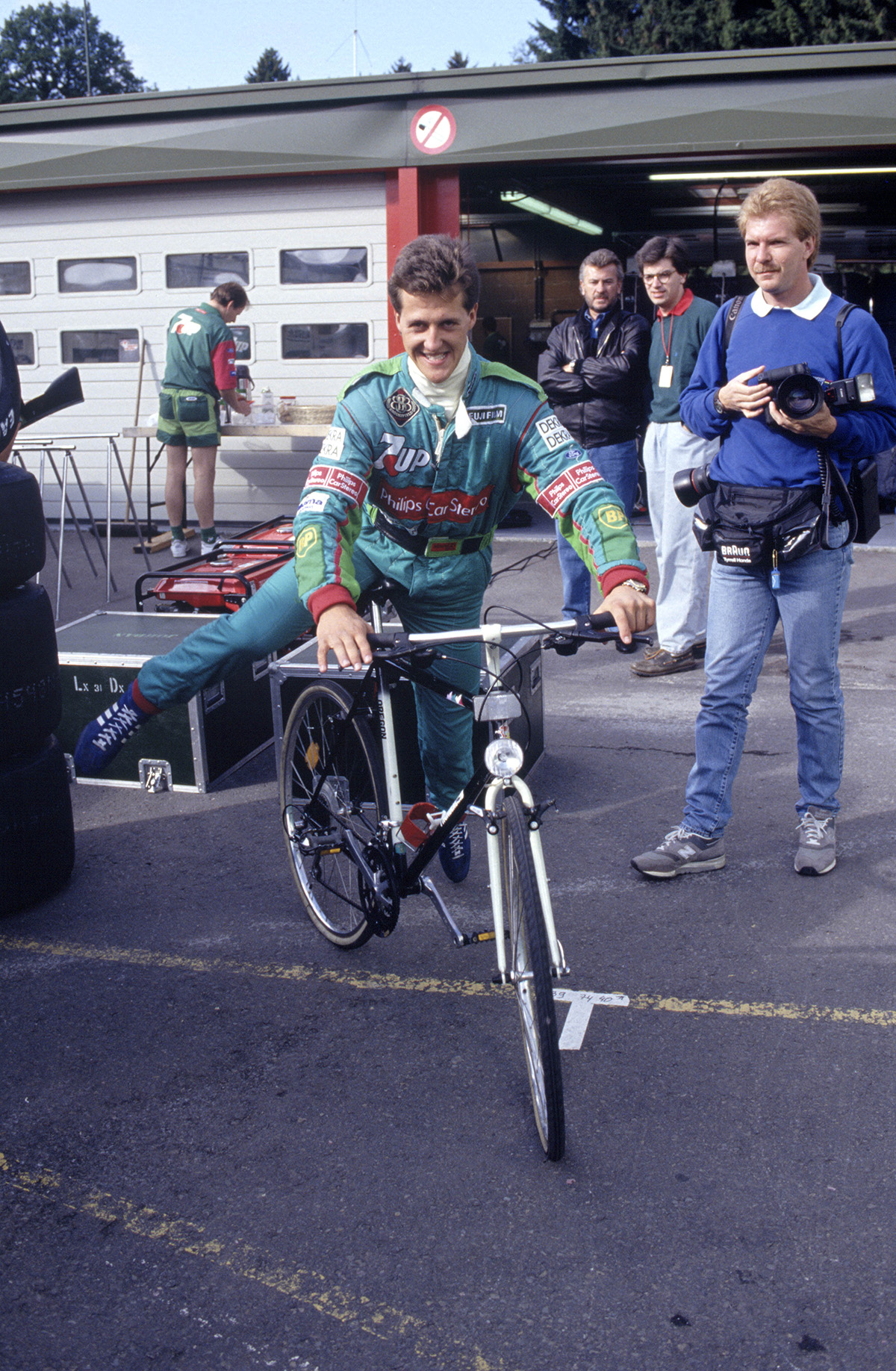 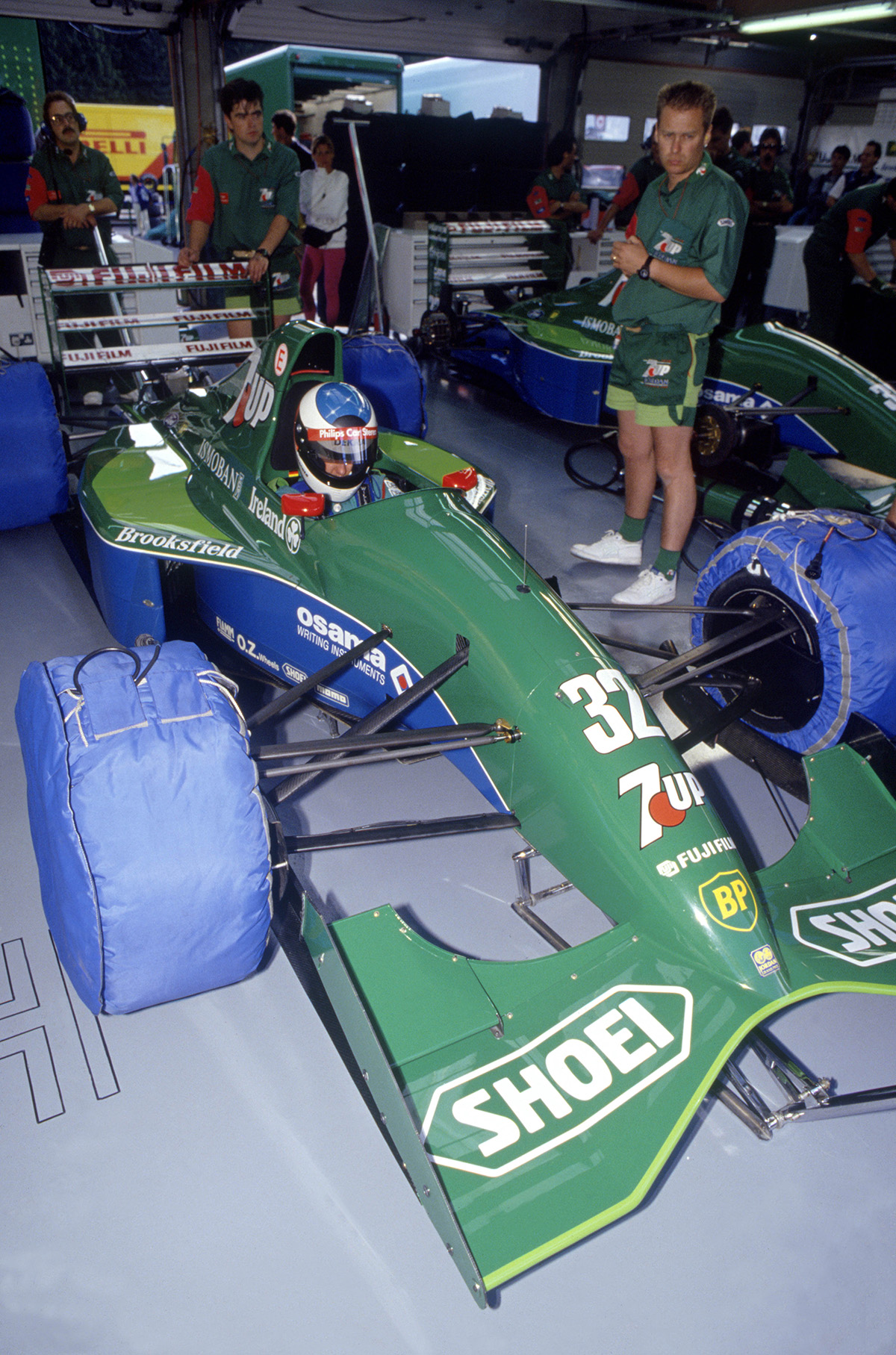 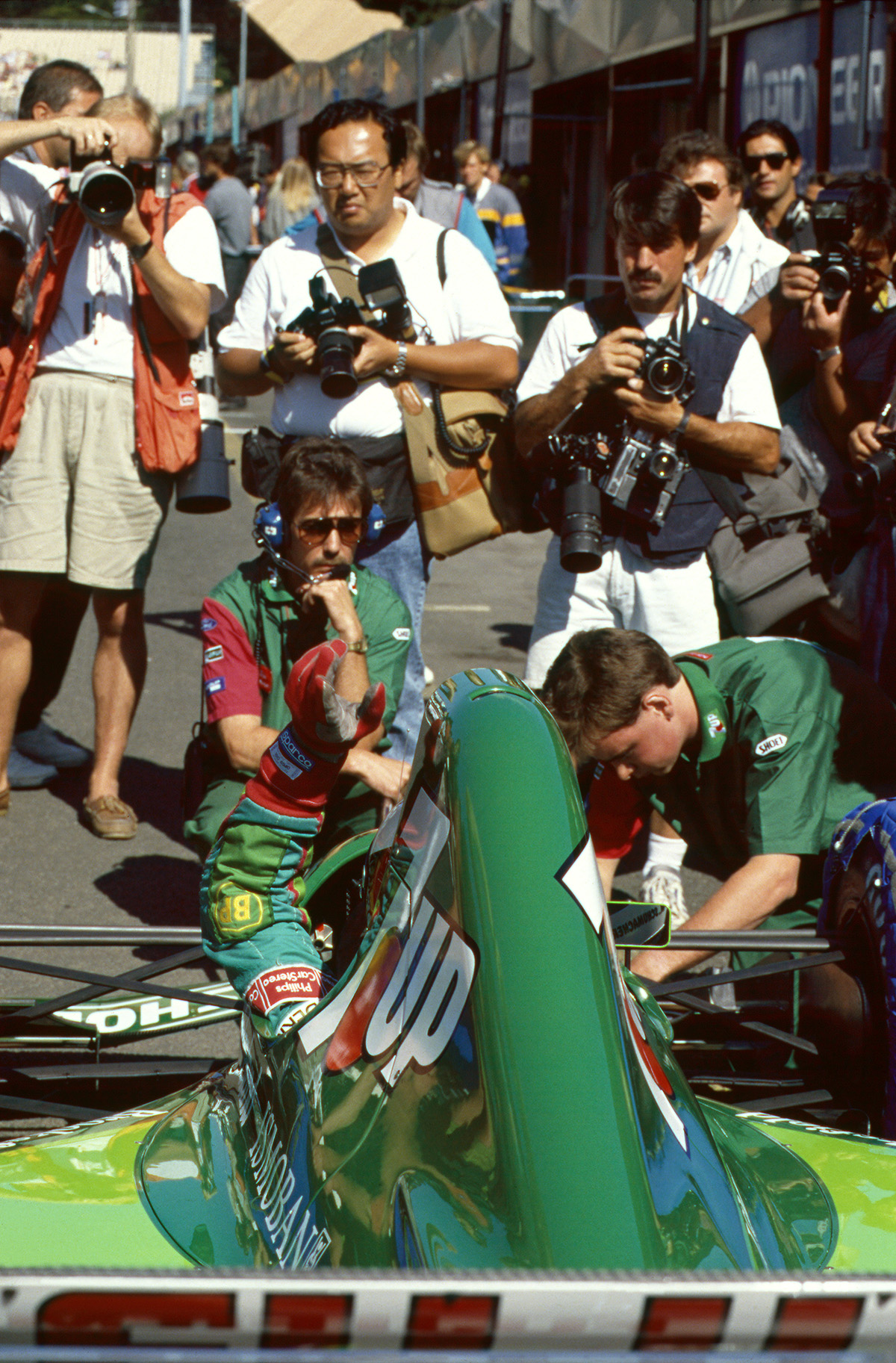 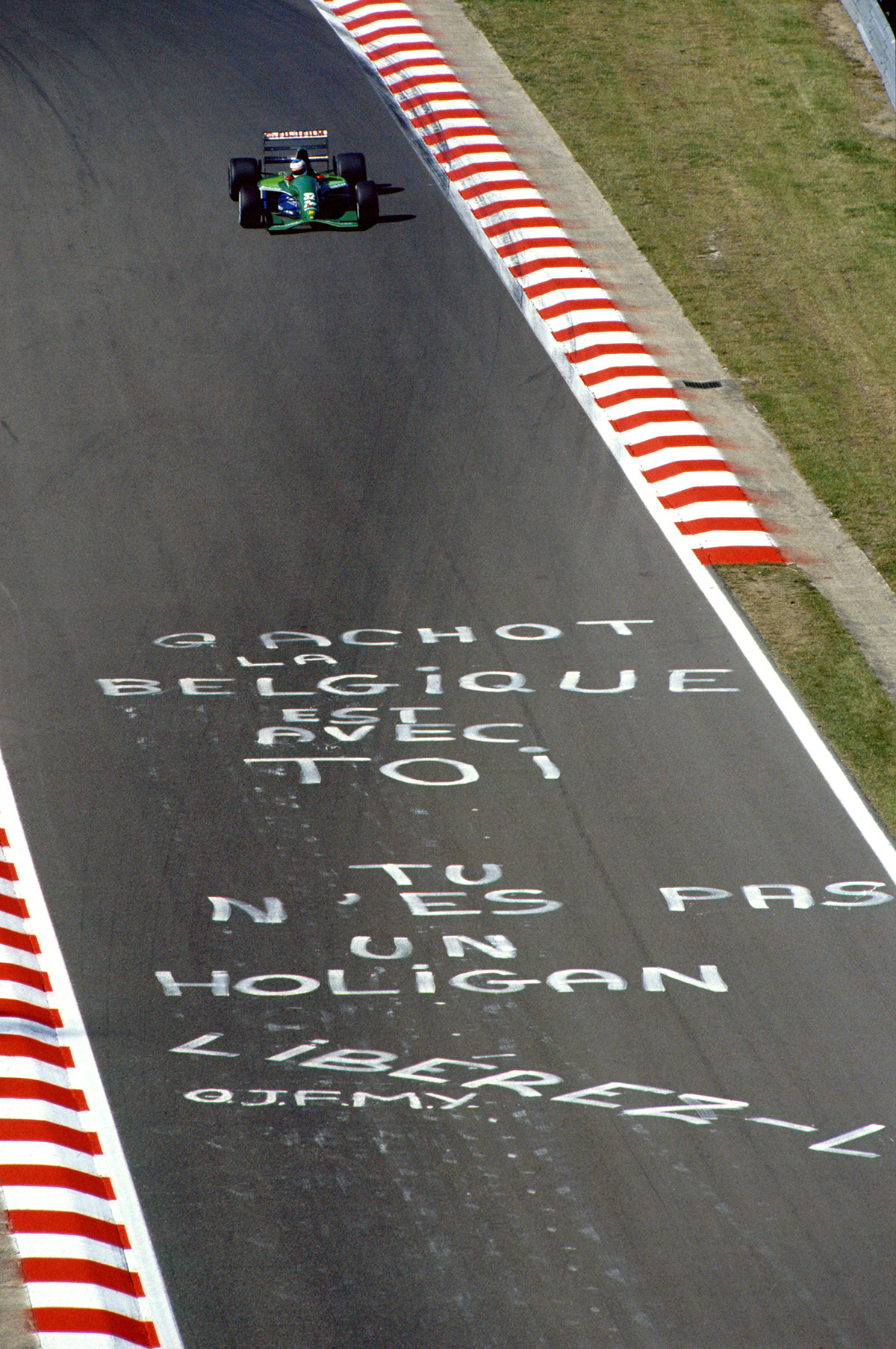