The Tyrrell Racing Organisation was a championship-winning Formula 1 outfit, but not as we know we might know one today. Carrying its garagista operational habits from a 1970s heyday into a final fallow period in the ’90s, in its last years Tyrrell seemed a team out of time and place.

Now, fifty years after it won its first F1 race, the star driver of the squad’s latter days, Mika Salo, recalled to Motor Sport what made this tight-knit band of plucky racers so unique.

“It was a very small, family F1 team,” he says. “We had to do everything together, it was great fun. There were no political games.”

Salo had been approached by Tyrrell Commercial Director Rupert Manwaring to drive for them in 1995 after the Finn’s first team in F1, Lotus, had collapsed at the end of the previous season.

A lack of budget was causing the team to drag its feet on choosing a driver for ’95, before they made a snap decision to give Salo a test – at the last possible moment.

“It really happened so quickly,” he remembers. “I got called the day before the final test in Jerez before the first race. I flew there overnight, arrived in the morning, walked into the garage and went into the car – with no sleep!

“I used Mark Blundell’s seat because it was sort of OK for me.”

Tyrrell cars were characterised during those years by being tidy in design, and not without pace, but also having a tendency not to make it the end of the race. That year’s 023 machine was no exception.

“I found the car was quite good actually,” recalls Salo of that first test. “I didn’t know at that time just how unreliable it was…OK, I sort of had a hint because I think I drove back to the pits only a couple of times in the whole test – every other time it blew up!”

Breakdowns aside, Salo set good pace, but Tyrrell were still on the hunt for cash – leaving the Finn in the lurch. 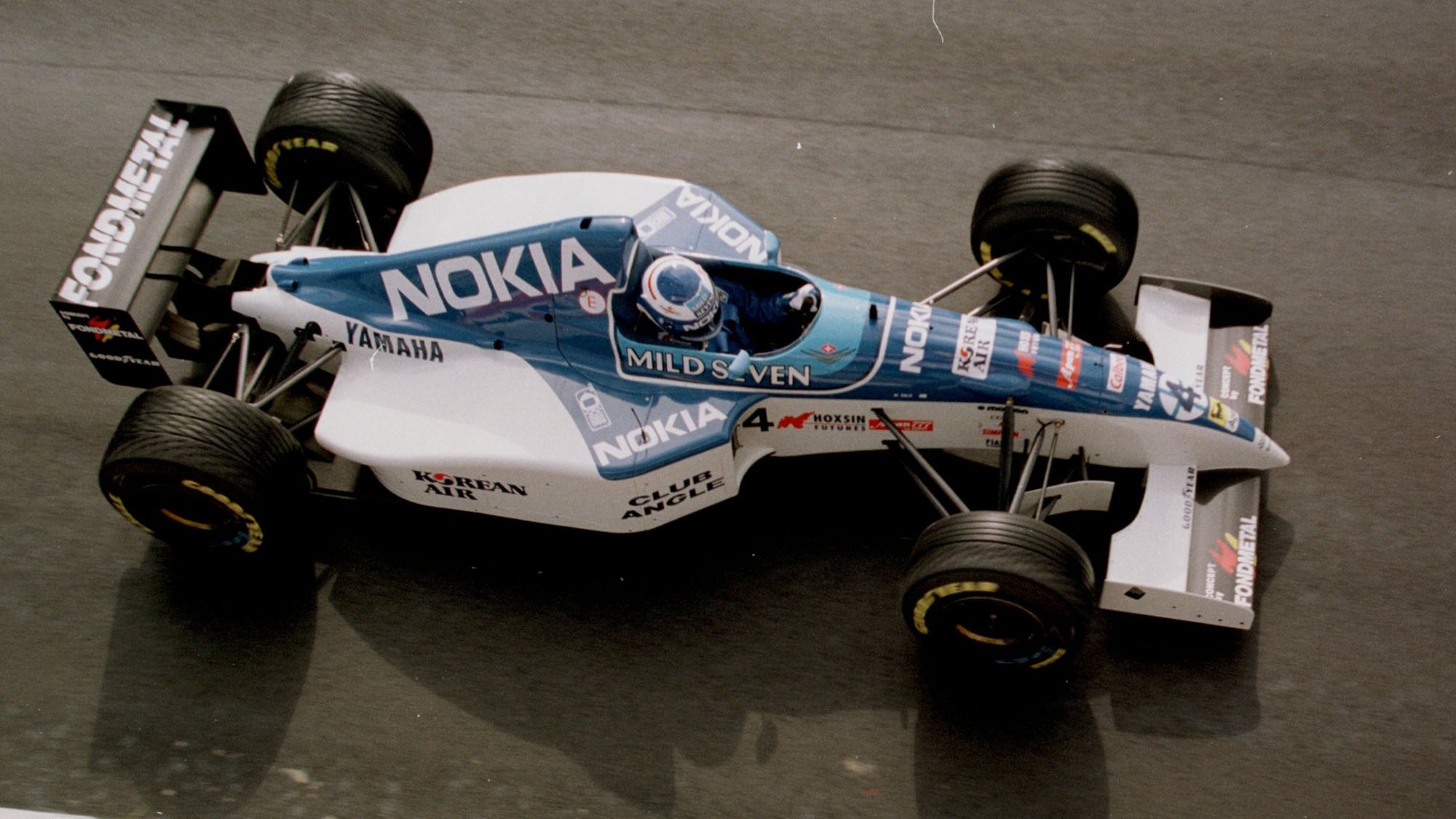 Salo nearly scored a podium on his ’95 Tyrrell debut, promising much for the season…

“What happened after that was not fun, because I didn’t know what I’m was going to do in ’95,” he says. “The first race [of the F1 season] was coming closer and closer. Then, it was exactly like my test, they said ‘Fly to Brazil!’”

One test in and flying last minute to Sao Paolo for the race, Salo still hadn’t even been to the factory. What he found at the Tyrrell motorhome was an almost grandfather-like figure benignly presiding over matters, whilst those working below got stuck in. His anecdotes give the impression of a small, tight-knit worker bee family, the antithesis of the ‘racing corporations’ of McLaren or Ferrari.

“Ken was already a little bit to the side,” he comments. “He had a really good people there [though], [Technical Director] Harvey Postlethwaite and [Aerodynamicist] Mike Gascoyne.

“Harvey basically knew everything and gave me all the instructions. There were good engineers, I got along with everybody really well and the whole team were really nice.”

The charming quirks of such an ‘indy’ outfit, particularly Postlethwaite, quickly became apparent.

“He was so funny, like a ‘Nutty Professor,’ laughs Salo. “I had some, what you might say, awkward moments in the office with him during those three years.

“Once he just told me to come into the office, sit in a chair and do a fast lap around the Silverstone.

“He replied ‘Yeah, just imagine. Close your eyes, do a fast lap and do what you do with your arms and legs and everything.’

Whatever the team’s particular idiosyncrasies – or perhaps because of them – Salo’s debut race in Brazil would show both the up and downside of such a small operation run on a budget.

The Finn got a decent start at Interlagos, leaping from 13th to 10th, picking off cars and seeing others retire, before he eventually found himself in a scarcely believable third place halfway through the race. Until…

“I lost it because of that Mark Blundell seat!” says Salo. “My arm got numb and I spun on the last corner. I couldn’t feel [anything], I was driving basically one-handed for the rest of race.”

The last-minute driver decision resulted in there being no time to give Salo a seat-fitting – the drawback of Tyrrell delaying over sponsorship.

Performance would have to give way to pragmatism thereafter – Salo would end up using Blundell’s seat for the rest of the season on grounds of cost. As the Finn laconically puts it: “He was kind of the same size as me anyway.” 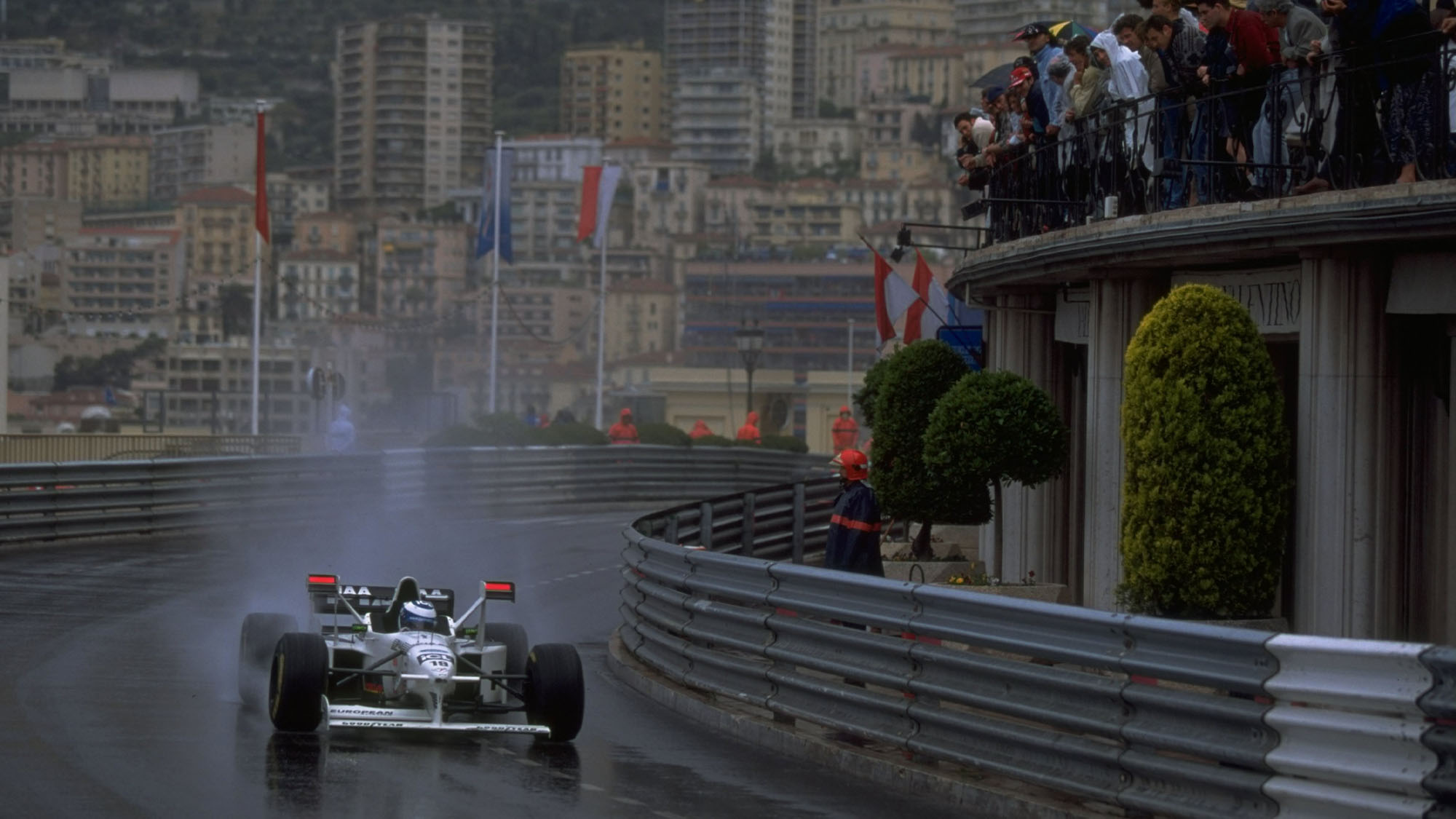 Though the unexpected about-turn dropped the Finn to seventh in the end, the forecast for the season looked promising.

“Of course I thought ‘Oh whoa, we can beat the big ones’” he says. “Even at the next race in Argentina we were fighting for the podium until I was taken out by a backmarker.

“The beginning of season was so good. The car was sort of reliable and also fast, which was a big surprise – after the test I wouldn’t have thought we would’ve been that fast.”

However, the lack of budget and resource meant that 1995 tailed off in terms of results for Tyrrell, the team unable to develop its 023. Salo says though that in that season and beyond the team still managed to maximise what it had by operating as a lean, mean racing machine at all times. 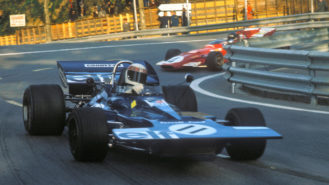 “We had quite good races overall,” comments the Finn. “The guys would practice pit stops well, there are some races where we had fastest pit stops and race laps all within three or four tenths.

“We had perfect races many times, but the car was so slow it didn’t show up because we were somewhere in between P10 or P9. If the car was good we could have won a lot of races.”

A little team like Tyrrell had to think outside of the box on regular occasions if it wanted to get results, and it was this independent ingenuity which brought Salo’s most famous day with Tyrrell as they secured a fifth place on a wet day at Monaco.

“Just before the start of the race, Mike Gascoyne said to me “I think we can make it without a [pit] stop if it’s raining the whole race,’” he remembers.

“So we filled the car up with fuel. Mike said to just save fuel on braking a little, so we can make it.”

The close working relationships at Tyrrell in the team meant Salo trusted Gascoyne’s alternative approach as he rolled off the grid in 14th place, but his faith was tested a little as the race went on.

“Mike knew what he was doing. Of course though I was panicking at the end of the race, as the track started to dry, but there was actually some fuel left in the car at the end. Monaco that year was pretty good!”

Despite have to fight tooth and nail to even score just one point, it’s clear from the warm terms Salo speaks in that he immensely enjoyed his years there.

“We were having a lot of fun and I think that’s part of the success,” he says. “You have to enjoy what you do get the results.”

Later on, the Finn would drive for large manufacturer teams in Ferrari and Toyota, but he says even in Tyrrell’s cash-strapped later years, there were still benefits to being a smaller outfit.

“In this kind of team, if I wanted something it happened immediately,” he says. “You didn’t have to go through many level levels of people and then some engineer in the factory thinks about what they’re gonna do – we had all the engineers with us always. The reaction was quick.

It couldn’t last for ever though. Salo says that in his final season the lack of financial clout was beginning to bite, making things even more difficult for the team, as they were forced to make do with an unwanted engine change.

“I remember we went for Cosworth,” he says. “It was clear we would have 100 bhp less than everybody else even before the season started, but it was all they could afford. 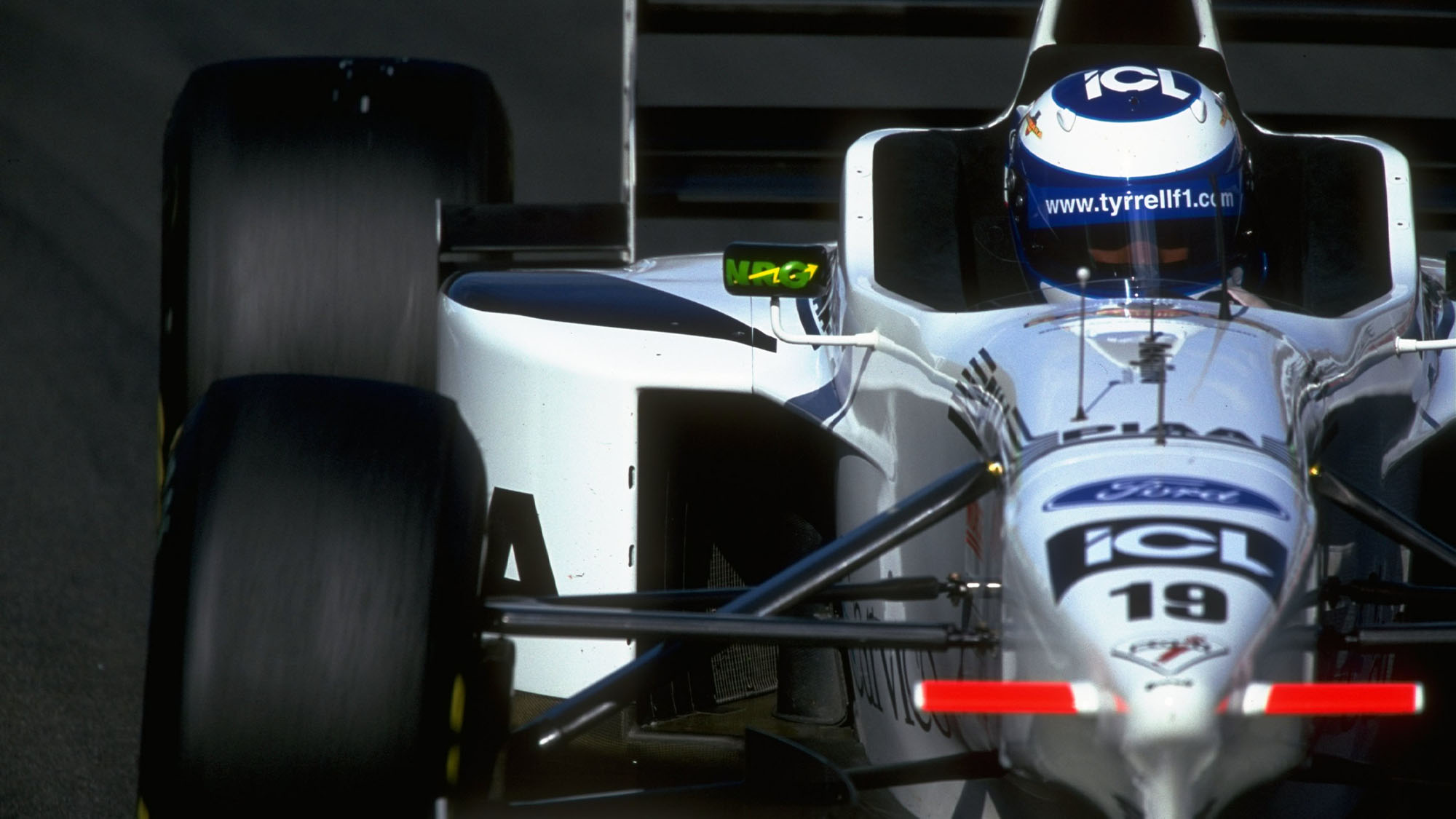 Salo left Tyrrell after a disappointing ’97, but the Finn still holds very fond memories of the team

Salo would leave the team after three years at the end of ’97 to further his career at Arrows, persuaded by what he describes as “Tom Walkinshaw managing to talk so much bullshit into my ear.”

Ken Tyrrell sold out to British American Tobacco at the end of ’97, with the team fully morphing into BAR at the start of ’99. Salo was sad to see them go, but still remembers them fondly as “all friends together.”

“I have zero bad things to say about that team,” he says. “Some of the guys, they’re still in the paddock now, working in different teams.”

When asked what made the team unique, he answers straight away.

“The size of it. We had to do everything together, even on our free time, not just the racing. I could be in contact with key people all the time. Didn’t have to play games, didn’t have to be a politician.

“It just made it work easy. It was a great time.”