Monaco is up there with Spa, Le Mans and the Nürburgring — if you’re driving the grand prix circuit, writes Andrew Frankel 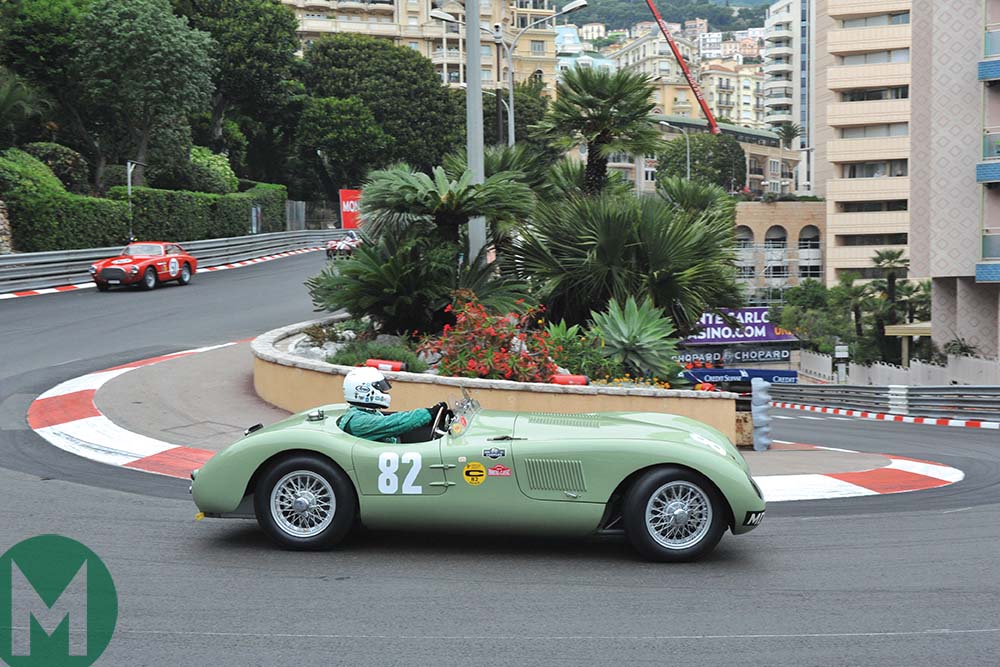 There will be many of you who have driven Monaco, insofar as you have found yourself in the Principality and not been able to resist ‘doing a lap’. And unless you did it 3.00am and were able to evade the authorities, a very frustrating time you’ll have had too.

Monaco is full of amazing cars but it’s a terrible place to drive – if the traffic doesn’t get you the law most surely will.

Unless, of course, you get to race there, as will a few lucky people this weekend and as did I, just once, a few years back in the Monaco Historic Grand Prix. And while racing a 1952 C-type Jaguar qualifies me in no way at all to talk about what it is like to race a modern F1 car through those streets, I think there are some more general observations that can be made.

The first of which is blindingly obvious but needs making nonetheless: it ain’t like anywhere else. You can race as I have at Spa, the old Nürburgring and Le Mans, come here and still feel like you’ve just taken your ARDS test. When circuits are reasonably short, as this one is, I like to walk around them because it helps settle the nerves and understand what you’re taking on. Monaco is the reverse: I was anxious about racing there before I walked the circuit – thereafter I was closer to petrified. 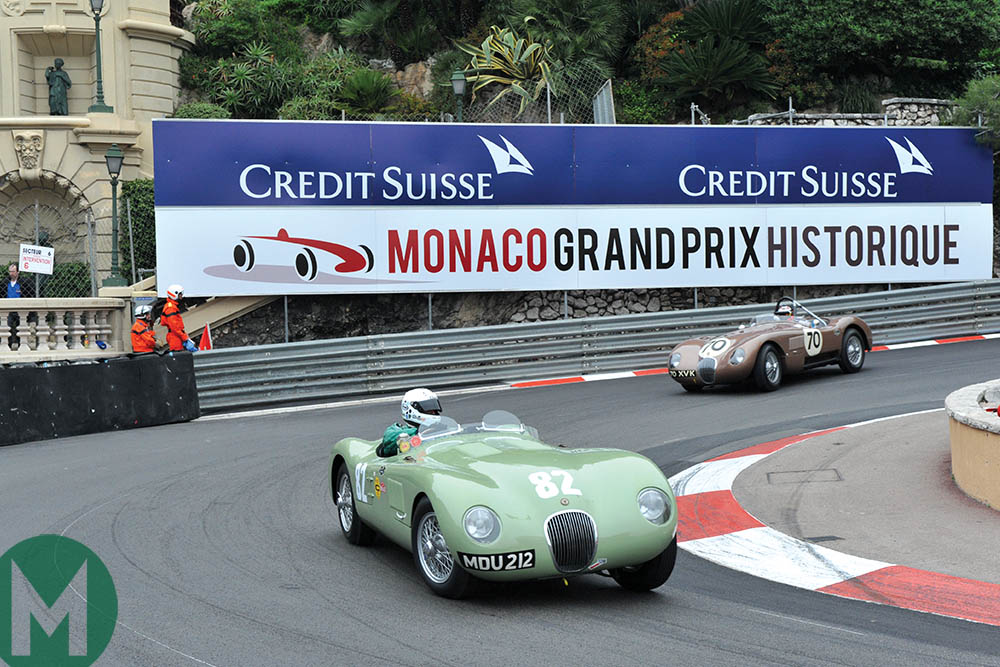 Essentially, there is no middle ground here: you’re either under control or you’ve crashed. You’re probably not going to do an enormous amount of damage to yourself because the average speeds are so low, but when you’re in one of the most original C-types in the world, whose history includes being the first car to win a race on discs thanks to the skills of one S Moss Esq, and coming sixth in the actual 1952 Monaco Grand Prix, that hardly matters. Smash this up and you’ll knock yourself senseless just repeatedly banging your head against the nearest wall immediately afterwards.

Qualifying doesn’t help at all, not least because of a field over twice the size of that which will assemble on Sunday. There are too many cars, too great a disparity in driving standards between the seasoned pros and terrified amateurs and not just a circuit to learn, but a new technique too. You can’t run wide anywhere, but these old cars don’t work unless they’re sliding, so slip angles are a must, but extravagant drifts an absolute no-no.

I qualified somewhere in the middle which was absolutely not my intention. I wanted to be down the back, out of harm’s way but it seems there were some out there even more scared than me.

I had decided that even if the race passed off without incident, it would be one I’d enjoy far more having done it, than actually doing it. It is an important distinction: I remember well the sense of pride and achievement at having raced at the Nürburgring, but in a Renault Clio getting mauled by Dodge Vipers, I can’t say I had any fun in the race at all.

Back at Monaco all I wanted from the start was not to get wiped out and that, at least, I achieved, albeit at the price of several places. And at Monaco, as we are all told, you cannot overtake so that was that.

Or was it? Racing is a peculiar thing, completely different from qualifying, and soon two things happened, neither expected. First I started to want those places back – my idea that the only opponent here was the circuit appeared not to have survived the flag fall. Second, I started to enjoy the circuit. In fact, I was rapidly falling in love it with. When you’re all going at approximately the same speed, not looking for a clear space to do your qualifying lap, or trying not to ruin someone else’s, Monaco starts to flow.

It helped that the Jaguar is one of the more forgiving beasts that you could hope to race and that’s probably the important commodity around here: a potentially quick car that did not command the confidence of the driver would end up being a slow car, at least with me behind its wheel. 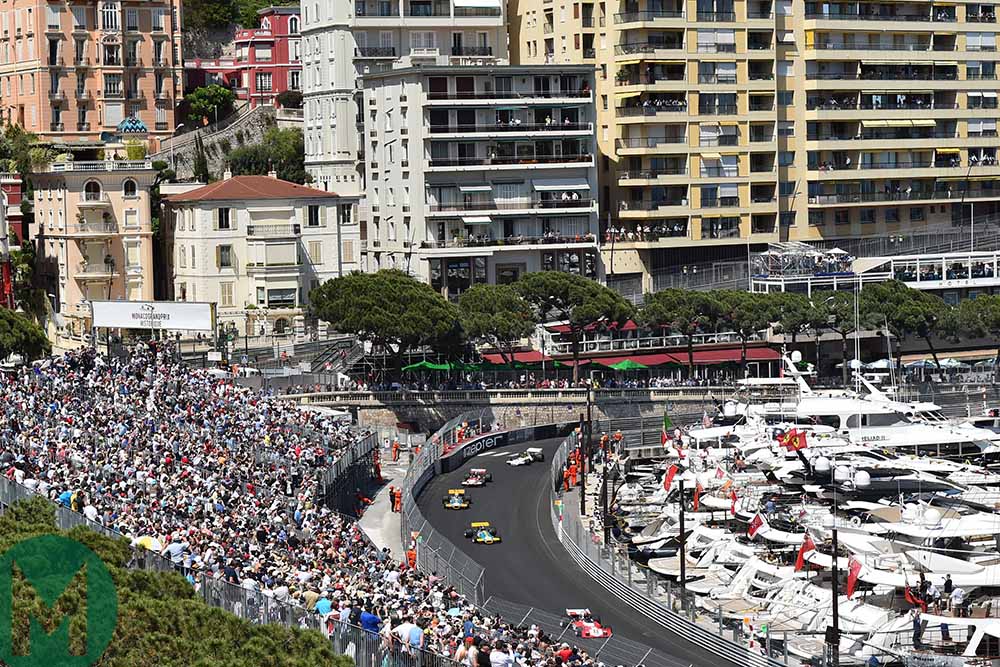 Tabac: one of the greatest corners of any circuit Motorsport Images

There are two sections that compete for your affection: the run-up from Rascasse, through Saint Devote and up the hill to Casino Square is absolutely epic, but it was hurtling through Tabac and into the quick chicane around the swimming pool I loved most. Tabac, in particular, is one of the greatest corners of any circuit. The only section I didn’t like was the fiddly series of tight turns from Casino Square down to the sea, a part of the circuit you must drive entirely with your brain and not with your heart at all. And the tunnel: easily flat in a modern F1 car, I managed it once all weekend and it was the closest I came by far to smearing one piece of history along the walls of another.

My race ended with me back where I started but with the C-type in one piece, which was the only result that mattered to me. And I’d even managed a couple of overtakes, including another C-type, about which I was probably more proud than I deserved.

Oddly enough, and unlike Le Mans, Spa and the ‘Ring, Monaco was never on the list of places I dreamed of racing. But now that I have, my dream is that one day I may do so again.