The young gun chased the old hand. And, this time, the old hand cracked. Here’s the story of Brabham vs Rindt’s Lotus and the 1970 Monaco Grand Prix’s stunning last-corner twist 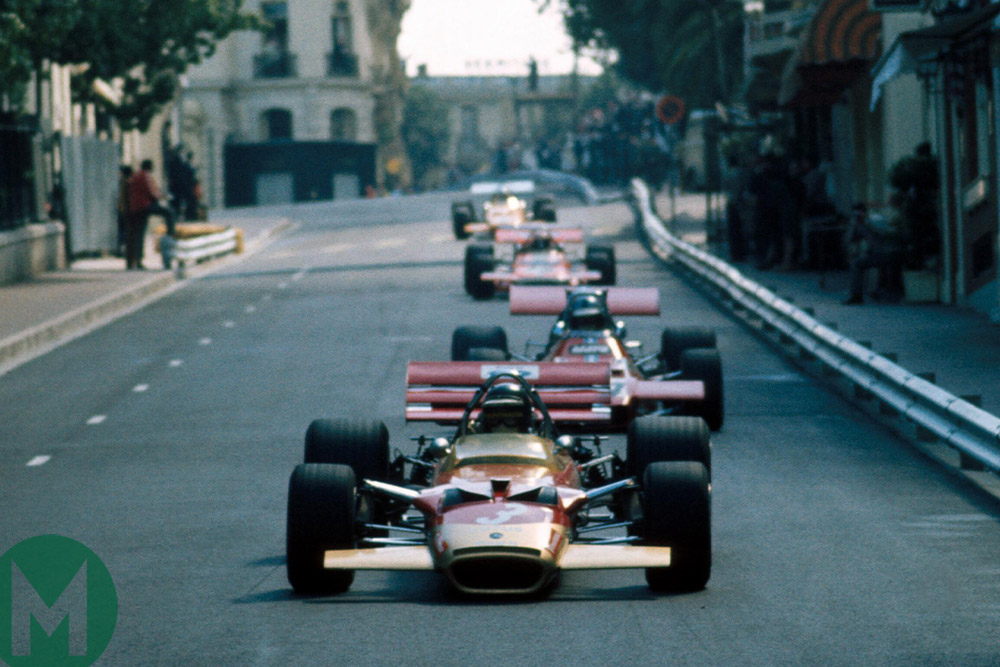 It is fair to say that the Monaco Grand Prix divides opinion. For all its heritage and glamour, there are drawbacks. Not least that it doesn’t always offer much in the way of actual motor racing.

Still, there’s something about the place and not just off-track, as on-track, somehow, things happen in Monte Carlo. And rarely have things happened there more thrillingly than in the last-gasp conclusion to its 1970 race.

The young gun in question was Jochen Rindt, and for the vast majority of this Monaco weekend no one would have seen this outcome coming. The Lotus 72, which would become a classic, had its debut in Rindt and team-mate John Miles’ hands during the previous round at Jarama. But it was experiencing a difficult birth.

“The interesting new Lotus 72 was not really stiff enough and the rear end was doing some steering as well as the front end,” noted Denis Jenkinson in his Monaco report for Motor Sport. “In consequence Rindt and Miles had reverted to the old Type 49 cars they had used in South Africa.”

Rindt with the old 49 qualified a subdued eighth of 16 starters, close to two seconds slower than polesitter Jackie Stewart’s March.

Things continued the same way once the race started. Stewart eased clear and Rindt circulated in mid-pack, only gaining places through attrition. This eventually included Stewart whose March misfired and he pitted to have his ignition unit changed.

It left Rindt fifth, which became fourth when he moved past Henri Pescarolo’s Matra. Rindt’s pace then picked up and he lapped under his qualifying time, often by a second or more. But that was only enough to keep pace with the new leader Jack Brabham, driving a car bearing his name. 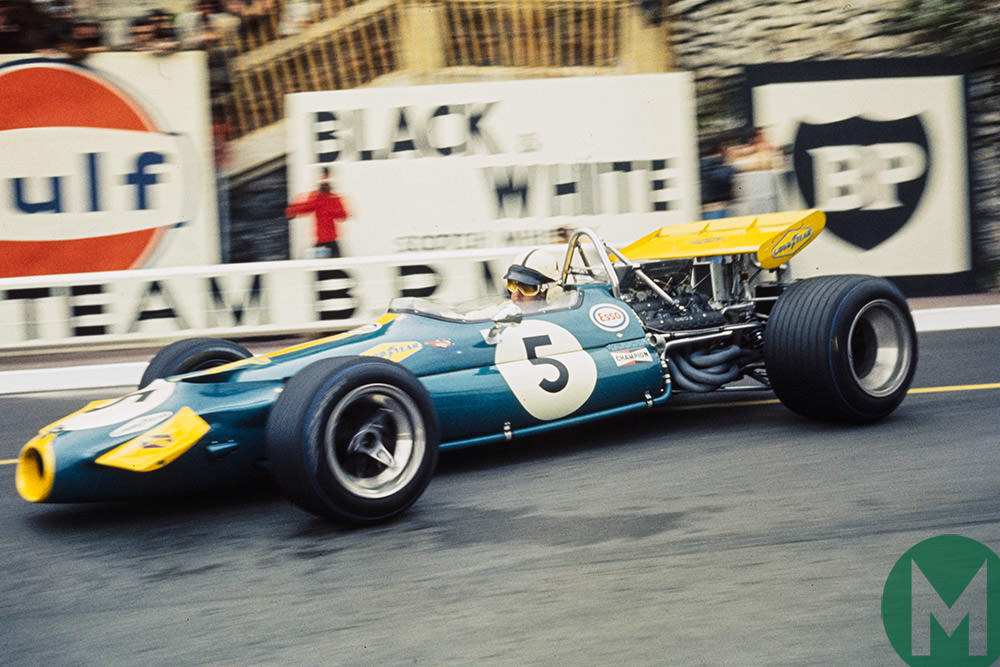 At three-quarters’ distance, a rear bolt parted from Amon’s rear suspension, putting Rindt second. Rindt then chiselled at the gap to Brabham, yet Black Jack by consensus was merely managing his advantage.

“With five laps to go Brabham had the race won and was easing back to cruise home to a safe victory, for Rindt was no danger,” Jenkinson observed, “but suddenly the Austrian seemed to wake up and respond to pit signals.

“Knowing Brabham well, and quite sure that he was merely easing the pace for a certain victory, Colin Chapman wondered if maybe something was going wrong with the Brabham, so just in case he urged Rindt to press on as hard as possible.”

And matters shifted with just three laps to go. Jo Siffert’s March, cruising with a fuel system problem, unintentionally but disastrously baulked Brabham at Casino Square. Brabham’s lead over Rindt shrunk from a comfortable 9sec to a vulnerable 4.4sec.

Now all bets were off, especially as Rindt, with now an overwhelming scent of victory filling his nostrils, found yet more speed.

The next time around, with Brabham still rattled apparently, Rindt took another two seconds out of his advantage. Brabham then on the penultimate tour gathered himself and set his fastest lap of the race, but Rindt slashed another second from the gap, now a scant 1.3sec with one lap left. Monaco by now was in a frenzy.

But then on that final tour, “it all seemed to be excitement over nothing,” Jenkinson noted. “Out of Tabac corner on to the promenade Brabham was still the same lengths ahead, and all seemed safe.

“But as he approached the works hairpin he passed [Piers] Courage [in a De Tomaso] and just in case Rindt tried tricks like driving through on the inside of the hairpin, took a line for the apex, to shut the door, rather than the normal swinging out to the left.

“He braked really late, locked his wheels and slid helplessly straight on into the barriers. An amazed and amused Rindt took the normal line round the hairpin to take the lead and win the Monaco Grand Prix, while a red-faced Brabham trailed into second place with all the nose cowling smashed.

“The ‘old man’ had goofed,” Jenks concluded. And the majesty of the young gun’s charge was even more apparent from the stopwatch. “Rindt’s final lap was an inspired 1min 23.2sec,” Jenks added, “two seconds under last year’s fastest lap.” Also almost three seconds under his qualifying time. While his penultimate tour had only been a tenth off his last-lap mark.

Those who observed Rindt in those late laps reckoned he had entered a trance-like consciousness, the sort that Ayrton Senna talked of years later at the same venue. Monaco indeed divides opinion. But it provides majesty never to be found anywhere else.