Monaco showed that Robert Kubica has overcome the issues hurting his F1 comeback. Now he just needs a faster car 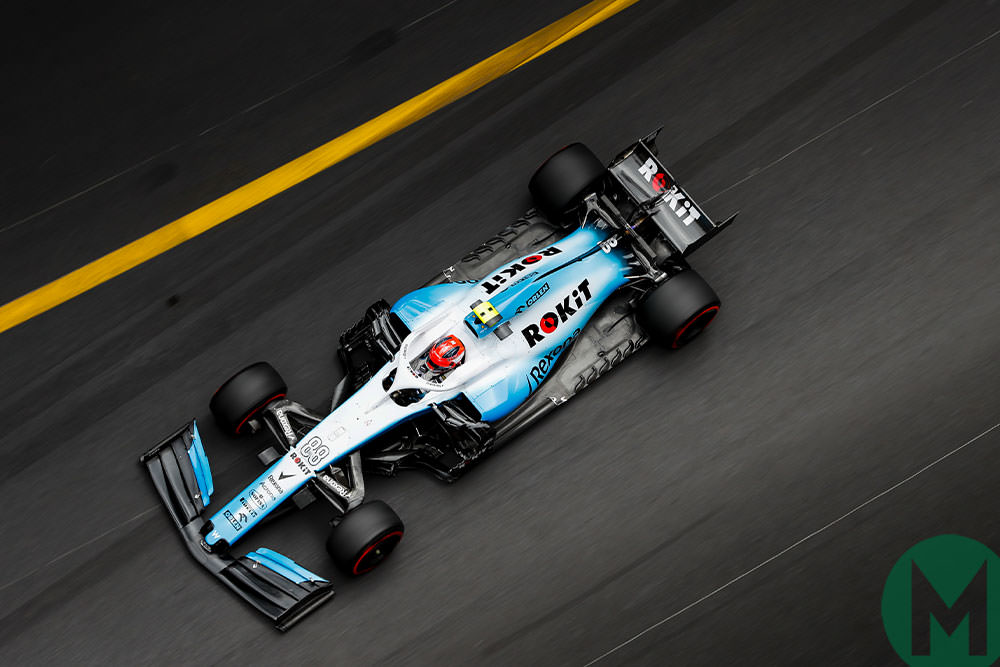 Montreal, 2008 and Robert Kubica took his only grand prix victory. That he should still be trying to build upon that platform as we head there over a decade later is very poignant.

However, in what’s been a dreadfully difficult season to date, there were genuine signs of progress in Kubica’s form at Monaco last week. Run for run during practice he had, if anything, a small advantage over George Russell for the first time. He was thwarted in qualifying only by encountering traffic on his out-lap and therefore not being able to get the sensitive tyres in the temperature window. Had it not been for that, he looked capable of out-qualifying around Monaco’s streets – the very circuit around which there were doubts about Kubica’s ability just to turn the wheel – one of the very fastest up and coming young talents.

Come the race Kubica thrust himself ahead into the first corner to be running a couple of places in front of his team-mate. The arrangement at Williams, like at most teams, is that whichever car is ahead in the pitstop window gets strategic priority. The lap 11 safety car had Williams leave Kubica out and pit Russell. This – in combination with Kubica being attacked from behind by Antonio Giovinazzi, spinning them both to a stop – turned out to be the making of Russell’s race. With Kubica stationary and unable to manoeuvre himself back into the running until Giovinazzi sorted himself out, Russell was able to pass, having recovered his pit stop loss to Kubica and more – and be on newer tyres. This put him in place to hang onto the back of a pack of cars which are usually whole seconds faster than the Williams, as they were restricted to the pace of the struggling McLaren of Lando Norris. After his delay, Kubica was not in a position to emulate his team-mate and so was disappointed that he’d not been pitted as the car ahead at the time.

But that was hindsight. The thinking at Williams at the time of the decision was that rain was on its way and that the prime strategy was to stay out so as to avoid an extra stop. But, to cover the possibility of the rain not arriving, the strategies were split.

In a team struggling whole seconds off the back, it’s trying for everyone involved and that this should coincide with Kubica’s chance of returning to race is particularly unfortunate. He is tempering his frustration with circumstance while trying not to damage his relationship with the team. The early-season inconsistencies between the two cars only exacerbated that tension. That problem seems now to have been overcome.

The team still looks upon Russell as the driver is automatically expected to maximise the car in qualifying and race. But at Monaco, Kubica showed for the first time he is capable of challenging that assumption. Such resilience shouldn’t be too surprising given what he has come through just to get this far after his debilitating accident. If he can maintain such form, and occasionally deliver what looked possible in Monaco – out-qualifying and out-racing Russell – then a vital step on his incredible comeback journey will have been achieved. All it would need then would be a quick car.

His performances relative to Russell in these next few races are going to be crucial.

In the latest issue of Motor Sport, Mark Hughes interviews Mattia Binotto. Subscribe to make sure you never miss an issue.