Boredom is part of the sporting experience – just watch the Monaco Grand Prix – but is that necessarily a bad thing? 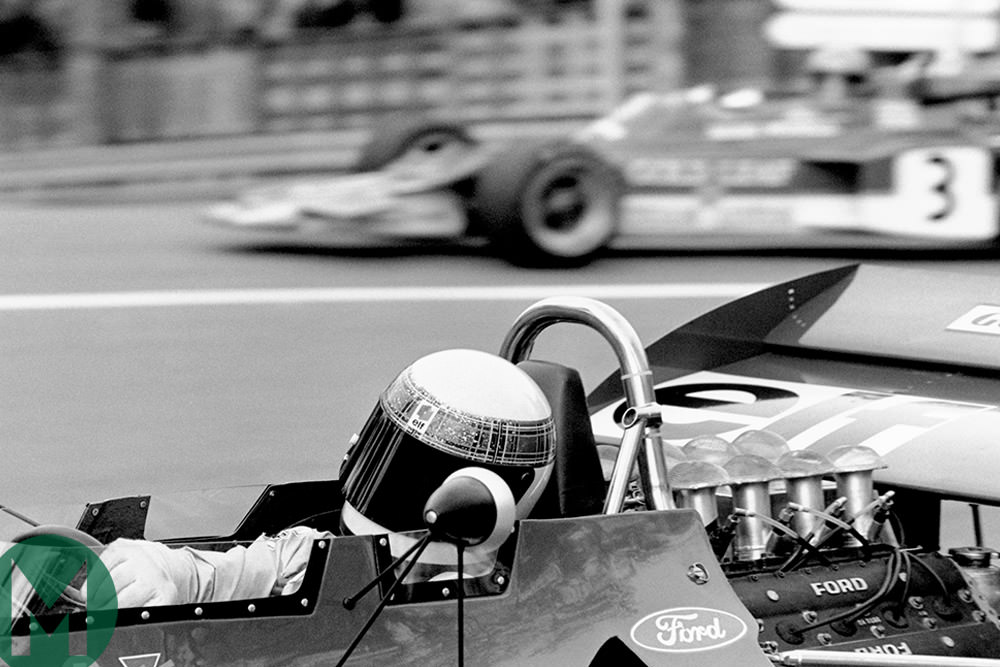 Boredom – the meaningless nil-nil, cricketer Geoff Boycott’s nay foors befoor loonch or a Monaco procession – is intrinsic to the extended sporting experience. It’s the blue screen (should that be beige?) from which leap the moments that snap open your synapses before being stored (should that be harvested?) under N for nostalgia.

There are layers within it. Some are without merit. Others are to admired – witness Daniel Ricciardo’s management of a sudden, substantial and permanent loss of power and the cascading problems this caused his Red Bull during the Monaco Formula 1 Grand Prix.

Back in 1971 Jackie Stewart rolled onto the grid in Monte Carlo in the knowledge that his Tyrrell was entirely without rear brakes. He adapted to lead throughout and win by 25sec: outwardly boring perhaps but undoubtedly brilliant.

Ricciardo’s victory was of the same order, albeit with his mirrors full of Ferrari.

Of course he would have been gobbled up elsewhere – but Monaco is Monaco: narrow streets and cars with the plan area of a badminton court – a grumbly gut feeling and therefore a gross exaggeration and so please don’t feel obliged to check – it has become to overtaking what Lionel Blair is to spot-welding.

Back in 1970 Jack Brabham misjudged the last corner because, clearly, he felt that Jochen Rindt – on tyres capable of setting a fastest race lap faster than pole after 80 laps – was bound to make a move after an epic chase.

Sebastian Vettel – on tyres requiring massaging – did not exude quite the same menace. So it was Ricciardo’s race to lose despite everything and that’s what saved the race from anonymity.

But overtaking – actual rather than anticipated – has never been the be-all and end-all of GP motor racing.

Back in 1935 Luigi Fagioli – the 400bhp-plus of his Mercedes-Benz W25B easily capable of shredding its tyres of canvas construction – became the first to lead from start to finish in Monaco.

Jim Clark often led from bullet start to stroke-it-home finish – except at Monaco oddly – with any jeopardy usually provided by Lotus fragility.

And at Jarama in 1981 a trail of DFV-powered cars were towed for the majority of the Spanish GP by Gilles Villeneuve’s turbocharged Ferrari ‘big rig’.

There are many who contend that F1 has never been as entertaining since it sprouted wings at Spa-Francorchamps 50 years ago this week. Chris Amon was the first to ‘benefit’ but was inclined to wonder if Ferrari’s innovation had negated its 312’s chassis advantage.

When a few years later he swept easily flat through the Masta Kink in a Matra sports-prototype, the New Zealander who had sprung to prominence in a balletic Maserati 250F knew that the game had changed forever, and, in his opinion, not necessarily for the better.

Messrs Alonso and Hamilton were similarly unimpressed – to the point of boredom – in Monaco. No doubt they would have sounded a more positive note had they been leading and controlling the pace – but these racer’s racers have struck a chord.

Has the Monaco GP become a sporting non-event?

Given that it’s ingrained in the fabric of F1 – plus it remains the one they all love to win – it cannot be simply erased.

But why not use its uniqueness to shake things up?

How about half-points for qualifying, perhaps in the form of Indy’s one car for four laps, albeit with a standing start. Split-screens, on-boards, live timing and balls to the wall, I’d watch it and wouldn’t begrudge any end result.

For Monaco is a circuit where the driver can make a difference still – if he is allowed to.

How about a supplementary race for the F1 grid – also for half-points – in one-make machinery better suited to the Principality’s confines? I’d watch that too without it detracting from the main event.

Perhaps then enthusiasts acutely aware of the venue’s long and storied history as well as its modern-day shortcomings would look forward to it with as much anticipation as its attendant celebrities on junkets and gin palaces.

Neither will happen of course. Too much of a Liberty.

But no matter. For now. For this weekend F1 visits a street circuit – well, sort of – that allows for cut and thrust: has Montreal become the new Monaco?

By the by, I attended the 1981 Ashes Test at Old Trafford when the Australians made the mistake of dismissing Boycott: lbw b Alderman of course. Along with Chris Tavaré – a bit of a dasher on the county scene apparently – the greatest living Yorkshireman had stonewalled for what seemed like all eternity.

Lots of dots. No dash.

Theirs, however, was the ideal counterpoint to Ian Botham’s swashbuckling century to come and I for one cannot remember the one without thinking fondly of the other.