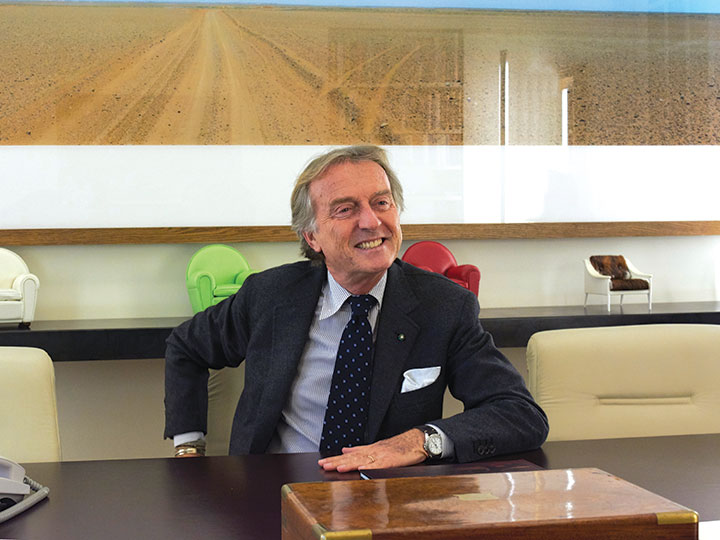 “First of all, I do not say this with any disrespect to Bernie”, says Luca Cordero di Montezemolo in the April edition of Motor Sport. “I think he has done a fantastic job for the sport since he came in. But it’s not reasonable to ask a man of his age to completely change his mentality. And there needs to be a change in mentality, in many areas.”

It’s been 18 months since Montezemolo was shown the exit from Ferrari. The previous 23 largely successful years as chairman and CEO of the world’s most famous car manufacturer counted for little in the end, as Fiat’s Sergio Marchionne proved definitively that the days of ‘untouchable’ Luca were well and truly over.

In Formula 1 terms, Montezemolo crashed from his position as one of the three most influential figures in the sport – beside that man Bernie and Donald Mackenzie of promotional rights holder CVC – to zero. Now he is out of the game.

But that’s not to say his opinion doesn’t count for something. A man of his experience, who first revived Ferrari in partnership with Niki Lauda in the mid-1970s, deserves to be listened to when he speaks of F1, and while it no longer carries influence, his word still carries weight. 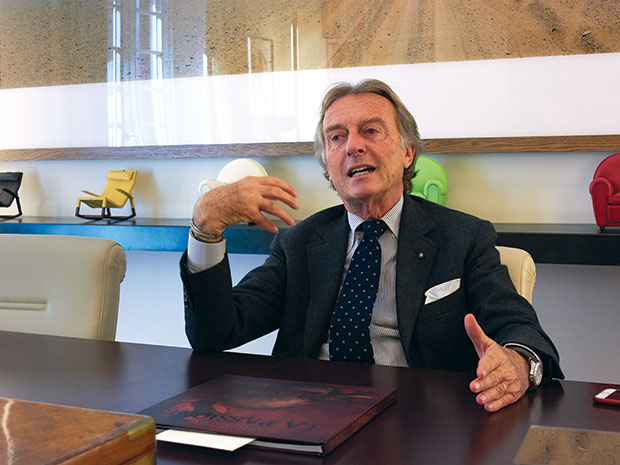 That’s why we sent Grand Prix editor Mark Hughes, who has kept in touch with Montezemolo since his departure, to Rome to visit Luca in his own home. The 68-year-old receives many interview requests, but rarely says yes. But he agreed to see Motor Sport.

Any notion that he might spill the beans on exactly what happened with Marchionne was quickly scotched. As our cover says, it’s ‘Ferrari forever’ for Montezemolo and he remains admirably loyal to the greatest love of his life, beyond his family.

The interview mainly deals with his memories of two remarkable spells in Maranello, but Mark also quizzed him on his opinion of the current state of F1. On this subject, he was much less reticent.

“We are in a very delicate situation with F1 at the moment but despite that, it still has big, big potential if it is managed correctly,” he said. “I have to say very, very strongly I’m very sorry not to be in a position to do something for F1. When I left Ferrari I thought this kind of job is in my blood – because it’s organisation, marketing, communication.”

The same thought had occurred to us. Montezemolo is far from perfect as a leader (just ask Ross Brawn), but as a politician and a businessman his track record is substantial. And for all the ego and bluster, he does at least care about F1. His ideas, as recorded in Mark’s column in the magazine, certainly struck a chord with us, echoing some of the suggestions we’ve made in print and online over the course of the past couple of years. I suspect the same would go for many of you.

“I’d propose a five-year plan, like a business plan, with very clear goals,” he says, before explaining how F1 should make more of its presence in the United States and expressing how crazy it is that Baku should be added to the calendar while tracks such as Monza, and indeed Austin, are under threat. And these words will resonate particularly right now, in the midst of the qualifying format nonsense that is currently playing out.

“We have made the sport too difficult to follow,” he says. “Even the TV commentators cannot always properly follow it… Also the rules change too often, making it even more difficult. We need also to improve the contact between the drivers and the fans. When I went to Le Mans it was like a revelation to see this.

“It needs a professional, strong person each to be in charge of the racing, another of the marketing, another the finances and so on, with a strong CEO to manage the whole group.”

Sadly, the revolution that’s needed in the structure and management of F1 remains as far out of reach now as it has ever been. Meanwhile, Grand Prix racing lurches from one farce to the next, its essence ebbing away right before our eyes. And even if a new leader was sought, the chances of F1’s stakeholders handing the keys to Montezemolo have to be minute. Too much choppy water flowed under the bridge during his Ferrari reign for them to trust him, I suspect.

But the truth is F1 could do much worse. 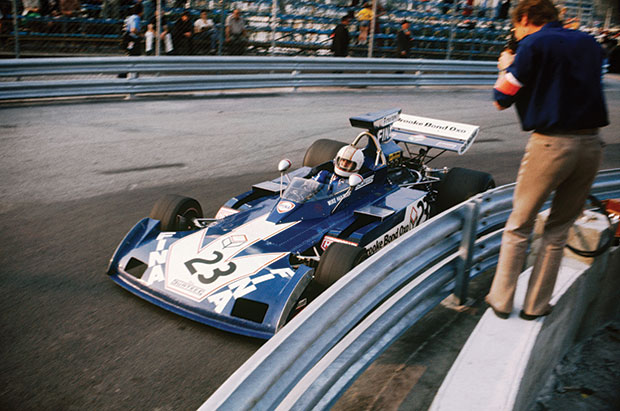 Elsewhere in the April issue, we present a fantastic double-header on the great Mike Hailwood – as the headline put its, ‘four wheels good, two wheels never bettered’. Mat Oxley tells his story on motorcycles, while Paul Fearnley picks up the baton on his car career, which could and should have been better than it played out.

We examine one of Colin Chapman’s glorious failures, the Lotus 80, which on paper should have been the ultimate ‘wing car’, but instead is filed under ‘dodo’. The forthcoming 74th Members’ Meeting at Goodwood will celebrate the ground effects F1 era of the late 1970s/early 1980s, so Classic Team Lotus kindly agreed to bring its 80 to Goodwood for a photo shoot. The results, with a car that I suspect aesthetically pleases and offends in equal measure, are stunning.

Incidentally, Nigel Roebuck tells me he recalls giving his initial reaction to Chapman when he first clapped eyes on the 80 in that 1979 season. Our editor-in-chief, who I’m happy to report is in great spirits as he recovers from his recent illness, told Colin he thought the new car looked like a predecessor to the fantastic 79 rather than its successor. Apparently Chapman didn’t take that too well…

Finally, I must mention the April issue’s novelty factor. Flip it over, and lo and behold – a second magazine! Our annual Historic Racing Guide, produced in association with Credit Suisse, usually comes as a pull-out supplement. But this time it’s upside down and back to front… You’ll see what I mean when you pick it up. Enjoy the issue.