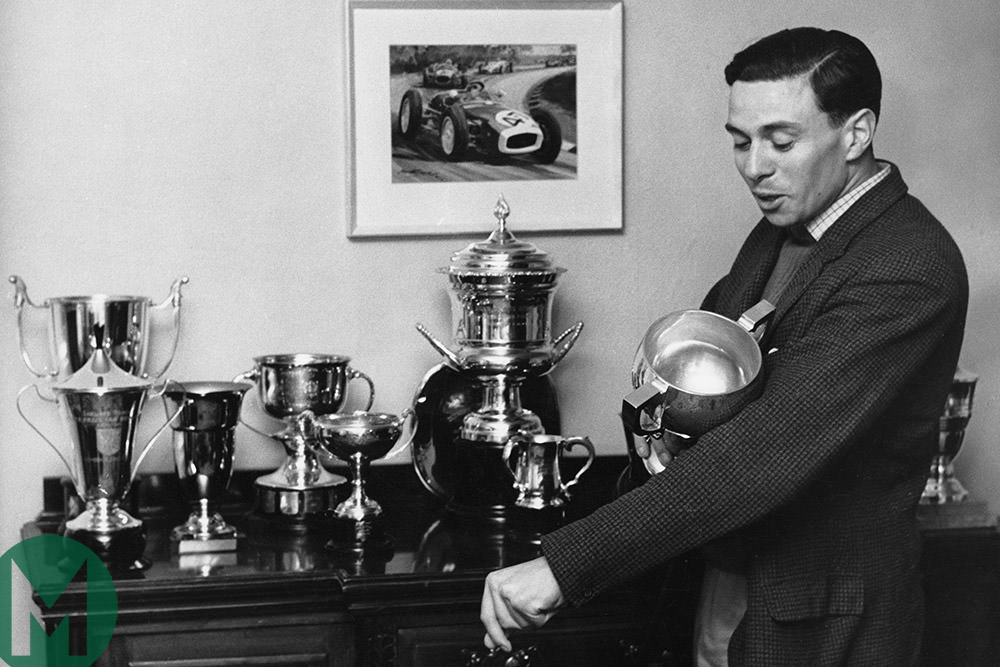 The Paris-based Scot – co-driven by soccer star Jimmy Greaves and met at the finish by girlfriend Jean Shrimpton – proved himself to be fully recovered from injuries sustained in his spectacular crash at last year’s Spanish Grand Prix by dominating this gruelling 39-day enduro.

His new and burgeoning role as a Ford ambassador and consultant will see the 34-year-old continue to undertake a wide variety of events this season. These will include his sharing a Ford P70 at Le Mans with Jackie Stewart and an outing at NASCAR’s Southern 500 in a Ford Torino run by Holman-Moody.

He will, however, return soon to Formula 1 to drive Colin Chapman’s new Lotus 72 at Zandvoort’s Dutch Grand Prix. This radical machine has met with difficulties in its outings to date and Clark has decided to skip the Belgian GP – he is not a fan of the Spa circuit despite his many successes there – in order to acclimatise thoroughly and iron out any bugs away from the public eye.

He also hopes to test Ford’s new GT70 rally ‘supercar’ in the near future.

Imagine if the greatest racing driver had skimmed that Hockenheim tree on 7 April 1968 rather than strike it sickeningly amidships.

Or imagine if he had been otherwise engaged talking up the speed of Ford’s F3L sports-prototype after putting it on pole for its debut in the BOAC 500 at Brands Hatch – and putting a brave face on things after its travails in the race.

The sport was changing around him – broadening commercial sponsorship, sprouting wings, fattening tyres – but Clark was changing too, having warmed gradually to the freedoms forced upon him by tax exile status.

His relationship with Chapman was in need of a rebalancing revamp as Clark became increasingly aware of his worth: he was becoming a brand in need of burnishing rather than an asset to be stripped.

Cosworth’s Keith Duckworth clearly thought so. That’s why he embarked on his 4WD F1 car – to provide a precision machine ‘worthy’ of Clark’s talent. (This well-intentioned but misguided project lost heart and stumbled embarrassingly on after Clark’s death.)

Although Clark was at the end of 1967 striking his own deals – with the likes of NASCAR’s Bill France and Indycar entrant Rolla Vollstedt – from his Bermuda condo, Team Lotus would surely have remained fundamental to his near future.

No doubt he would have won the 1968 F1 world title in its Gold Leaf-liveried 49B and revelled in the extra grip – as he always had with Chapman’s designs – generated by newfangled aero aids and tyre constructions and rubber compounds.

But might he have been more inclined – maybe at Stewart’s persistent nudging and ticking – to question Chapman’s unchecked ‘reaching for the skies’?

No doubt also he would have been a force at Indy that season in the 4WD 56 turbine ‘wedge’ – probably leading from pole until its fuel shaft broke in sight of victory.

This shy son of a farmer had grown to rather enjoy America’s brasher attitudes and the opportunities it provided.

Would not Chapman, therefore, have had to build him a decent car for cash-rich Can-Am – or might Clark have looked elsewhere: McLaren after Bruce’s death perhaps? And maybe Dan Gurney’s Eagle after Chapman had flounced from Indy in 1969.

Any clashing fuel and tyre commitments could surely have been waived for the world’s best.

Then there’s the cascade effect:

Replacement Mike Spence wouldn’t have been killed testing a 56 at Indy.

Up-and-comer Chris Irwin might not have got the F3L chance at Nürburgring that ended his career through injury.

Jochen Rindt might have stayed at Brabham for another season – and challenged Clark and Stewart for the 1969 title given reliable Cosworth DFV rather than fractious Repco power – before perhaps heading up, along with increasingly ambitious and influential manager Bernie Ecclestone, ‘Gremshek Racing’, aka March Engineering.

Lap times wait for no man, however.

Robin Widdows reckons that the first few laps of the second heat of the Deutschland Trophy, in which he finished fourth in a McLaren M4A run by The Chequered Flag, to be some of the hairiest he had been involved in. And he had set records on the Cresta Run! “We all drove like hell to prove we hadn’t been affected by Jim’s death.”

The pause for thought came afterwards and lasted until the European Formula 2 Championship reconvened at Thruxton the following weekend.

If anything the sport became more fatalistic immediately after Clark, Stewart’s dealing with personal grief plus a sudden and unwanted promotion within the sport’s hierarchy leaving him unable/unwilling to proffer his close friend’s death as a bargaining chip.

Changing attitudes to safety was not the work of one appalling moment. Though Clark’s accident was a sea change – it was sadly not yet high tide.

Spence was killed on May 7; ‘Lulu’ Scarfiotti on June 6 in a Porsche 910 at Rossfeld hillclimb; and Jo Schlesser on July 7 in a magnesium-bodied, experimental Honda that John Surtees had deemed unfit and which went up like a flare on the second lap of the French GP at Rouen.

Might Clark have heeded these omens and returned to the Scottish Borders’ quiet life after 1968? He had nothing left to prove after all. Perhaps. But his recent seeking new challenges suggest that maybe he thought otherwise.

The Swiss-based Scot, 37, did so immediately after finishing second in the rain-hit Japanese Grand Prix at Fuji.

His victory in this year’s Swedish GP in Tyrrell’s radical six-wheeled P34 proved to be the 35th and last from his 145 GP starts.

The world champion of 1969, ’73 and ’74 will continue to be involved in the sport through his media work but also will replace friend and former rival Jim Clark as an ambassador and consultant for Ford.

Clark is stepping down after nine years in the role in order to concentrate on his sheep farms in Scotland, Australia and New Zealand.