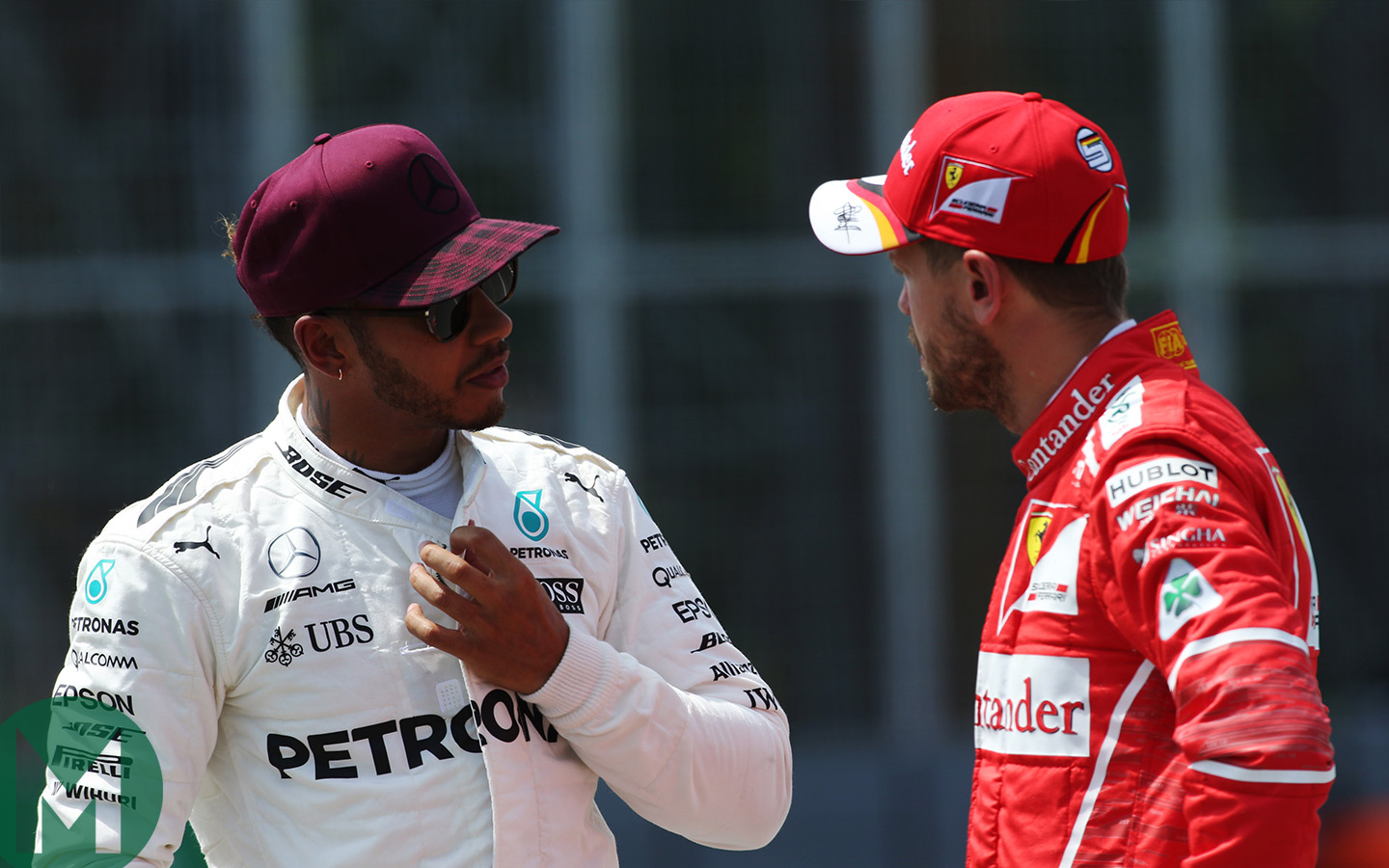 There’s bad news for Sebastian Vettel and potentially another twist in the world championship battle: the FIA has announced it will be further investigating the four-time champion after his antics under safety car in Baku. Vettel received a 10-second stop-go penalty for twice crashing into his main world championship rival Lewis Hamilton under safety car, after the Brit was unexpectedly slow off of a corner. But after many judged the penalty too lenient, the FIA is reassessing the incident. The German currently has nine penalty points on his race licence – three more, the number often given for infringements, and he would face a race ban.

Ron Dennis has announced that he will be selling his remaining shares in the McLaren Technology Group, bringing to an end one of Formula 1’s longest partnerships. During his 37-year association with the team Dennis oversaw huge success, managing the team whilst the likes of Senna, Prost, Häkkinen, Lauda and Hamilton delivered the goods on the race track. A new company, McLaren Group, will now manage both the McLaren Technology Group and Automotive department. 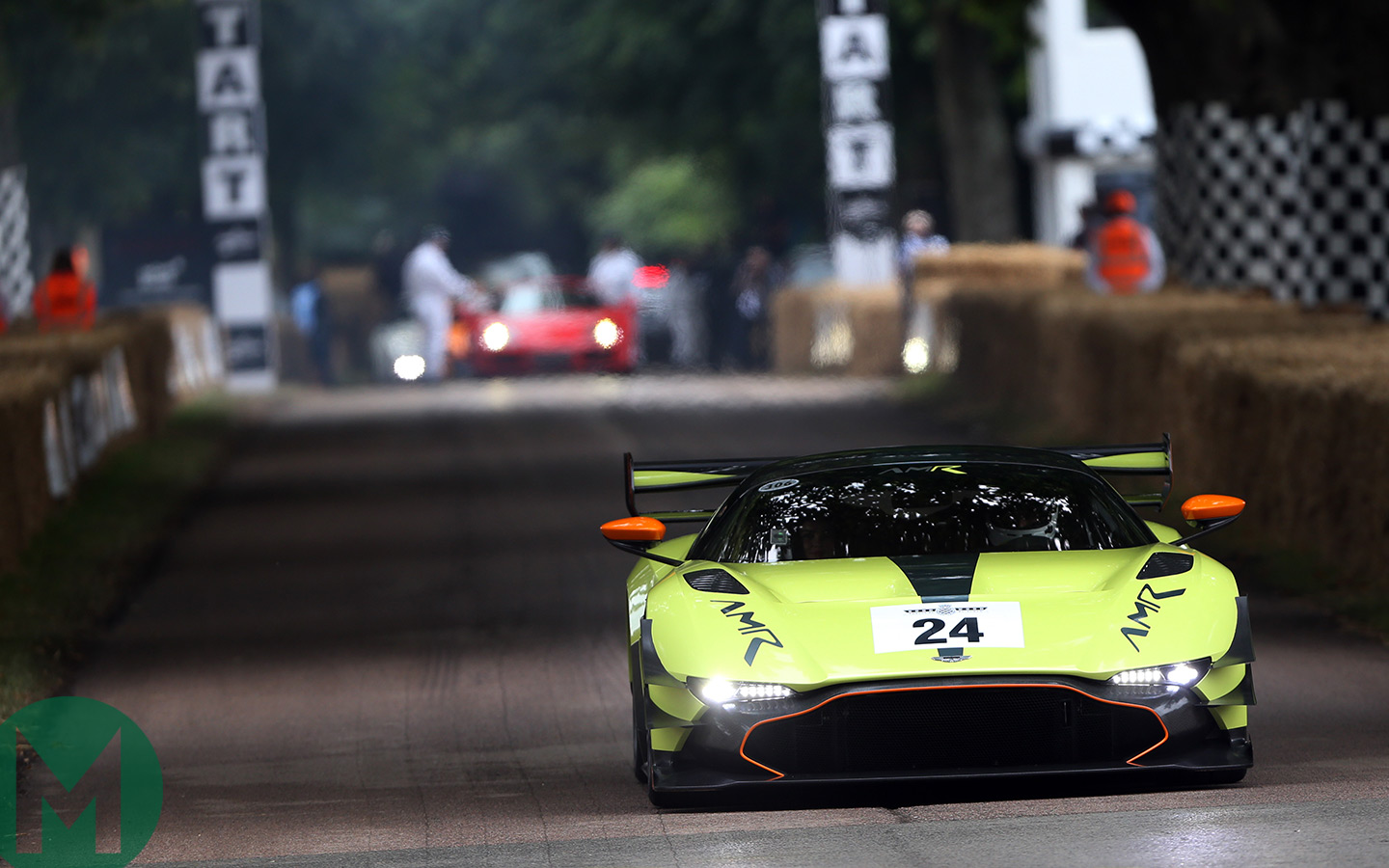 As if Aston Martin’s Vulcan wasn’t extreme-looking and fururistic enough already, the British marque has launched an even-higher performance version of its track-only supercar at the Goodwood Festival of Speed. The AMR Pro has an advanced track-hugging aerodynamic package and shorter gears than the original, making it ultra-fast through and off of the corners. The likely result will be breathtaking performance; the original Vulcan was already designed to be faster than the marque’s Le Mans-winning car. The first customer cars are expected to be ready by the Autumn.

Art cars seem all the rage at the moment and following on from BMW’s and Aston Martin’s efforts, Strakka Racing is joining the party with an art car competition. Fans have been invited to design a livery for one of the team’s McLaren 650S race cars, which will feature during Blancpain’s showcase event: the Spa 24 Hours. 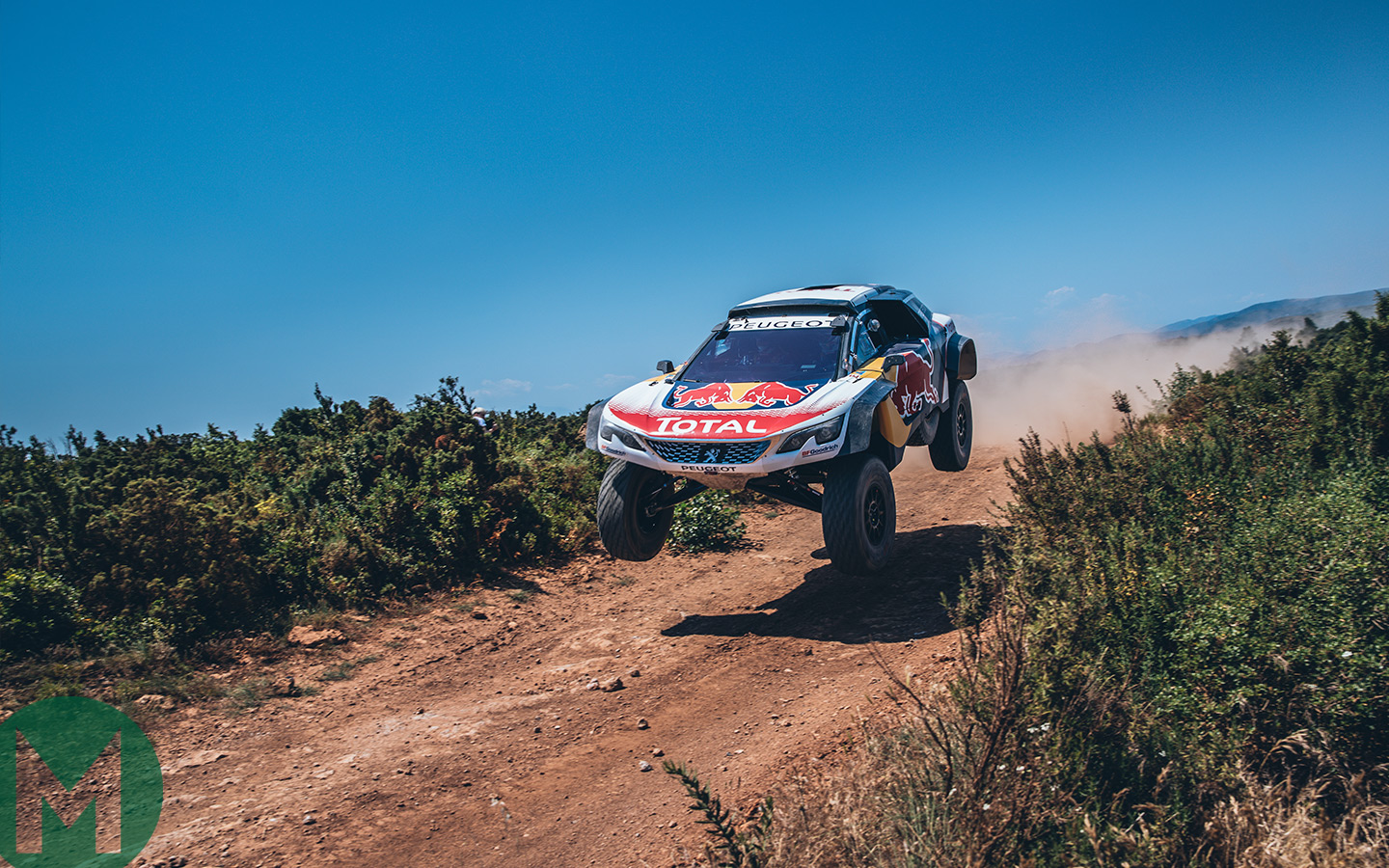 It’s one of the world’s most gruelling rally raids and Peugeot is going for the Dakar hat-trick in 2018, having launched its latest challenger. Following two consecutive victories at the trans-South American event, the French marque has revealed its bigger and tougher 3008DKR Maxi, which nine-time World Rally champion Sébastien Loeb will hand its debut on the Silk Way Rally from Moscow to Xi’an in China next month.

World Touring Car driver Tom Coronel suffered a horrible, freak accident at Vila Real last weekend, when a front-left wheel failure left him on a collision course with a fire engine. The Dutchman left the circuit on a fast downhill section and collided with the vehicle, with an impact measuring at an astonishing 25-g. The impact was more than enough to snap Coronel’s seat belts, but hankfully nobody was seriously injured. 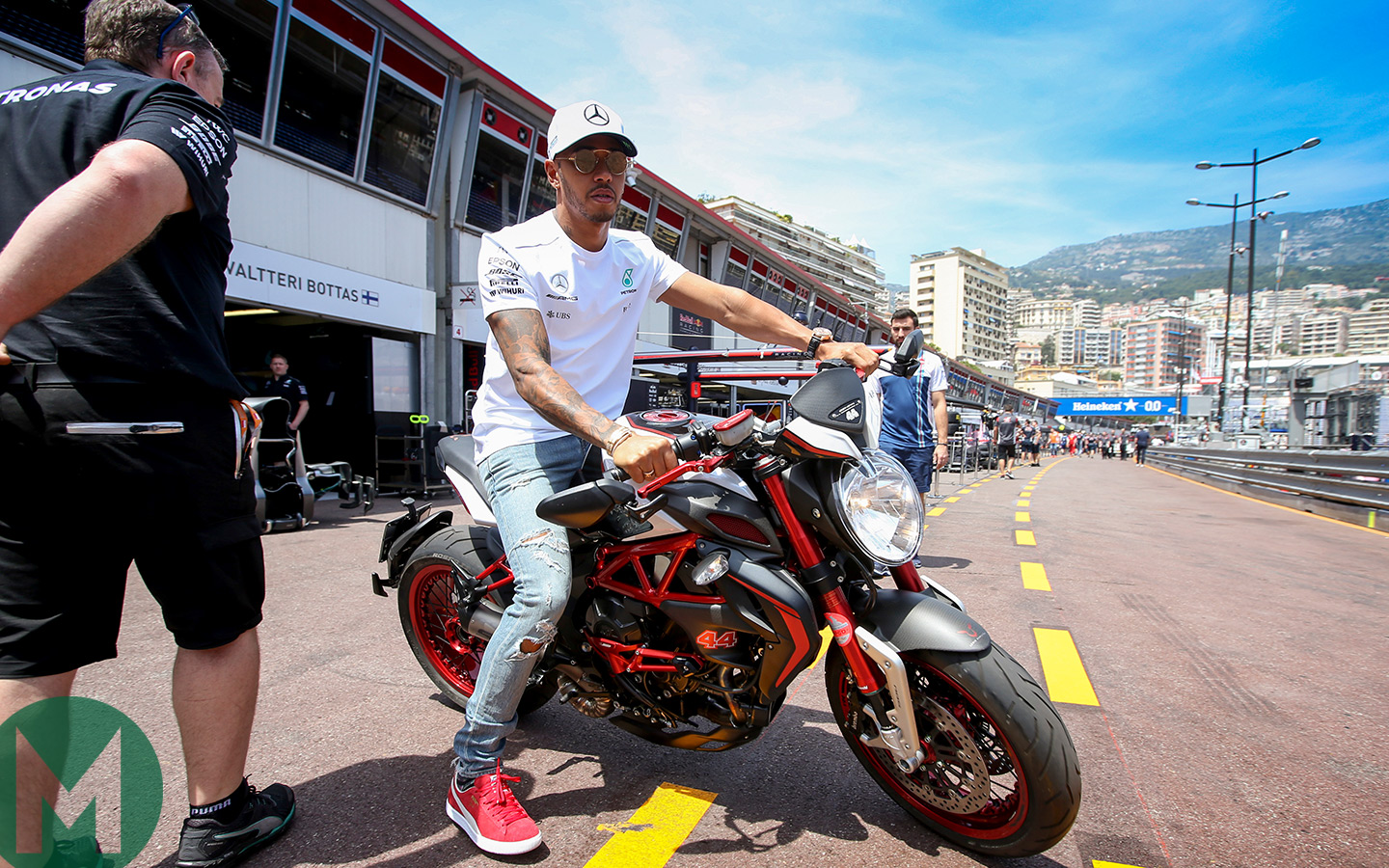 Age is clearly just a number for F1’s evergreen double world champion Emerson Fittipaldi who, in a Royal Automobile Club Talk Show in association with Motor Sport, has revealed his plans to race his own GT car, the EF7, at Daytona and Sebring alongside his two grandsons. The Brazilian last raced in anger in 2014 behind the wheel of an AF Corse Ferrari at his home round of the World Endurance Championship and he hopes to realise this ambition in two years time. Should he win at Daytona, he would be the race’s oldest ever victor.

A misbehaving headrest and an aggressive four-time world champion made the Azerbaijan Grand Prix a troubled affair for Lewis Hamilton, so you can forgive him for letting his mind wander after the race. “I’d love to get my hands on a MotoGP bike,” he told Monster Energy post-race. “I love bikes – I don’t really drive too much off-track, I tend to ride my MV Agusta bikes around.” Late last year five time world champion Jorge Lorenzo tested a Mercedes F1 car, so perhaps there’s a favour to be repaid.

Changing your team name in F1 is not a straight forward process. Over the years a team’s identity develops and changing the name can undo many years of work, but Force India has a good case. Having successfully brought F1 to India and having unfortunately been less successful in attracting Indian sponsors, the team is looking to rebrand internationally. Six company names of varying combinations of ‘Force One’ have recently been registered to a London address, with one of Vijay Mallya’s top associates the only listed company director. Having turned pink this year, the Silverstone-based squad could be set for another transformation next year.

Williams has become a quintessential Formula 1 icon. Since Clay Regazzoni secured the team’s first F1 win in Britain in 1979, success has followed in abundance with Mansell, Prost and Hill among the team’s greatest champions. The third most successful team on the F1 grid, only Ferrari has won more Constructors’ titles than this ambitious British team that continues to succeed at the sport’s pinnacle today.

When ‘no rules’ ruled racing

‘Chaparral, Lola, McLaren, Porsche, Shadow… such marques gave us the big, bellowing, basically unlimited Can-Am sports-racers of 1966-1974. These mighty machines may be blazing into their golden anniversary years now, but they might well survive in the hearts of enthusiasts forever.

‘Why? Because they recall something now nearly extinct in motor racing: freedom of design.’ 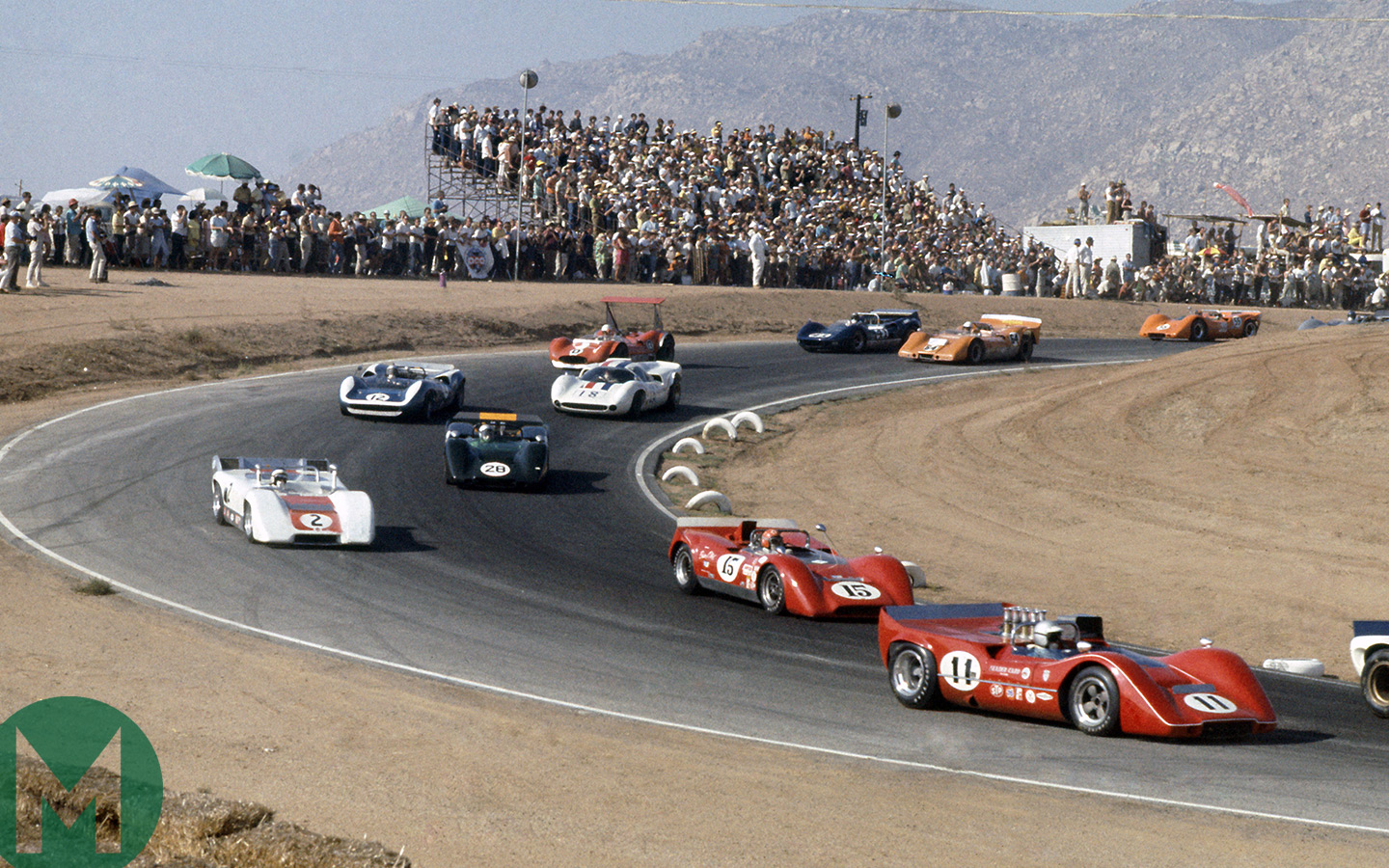 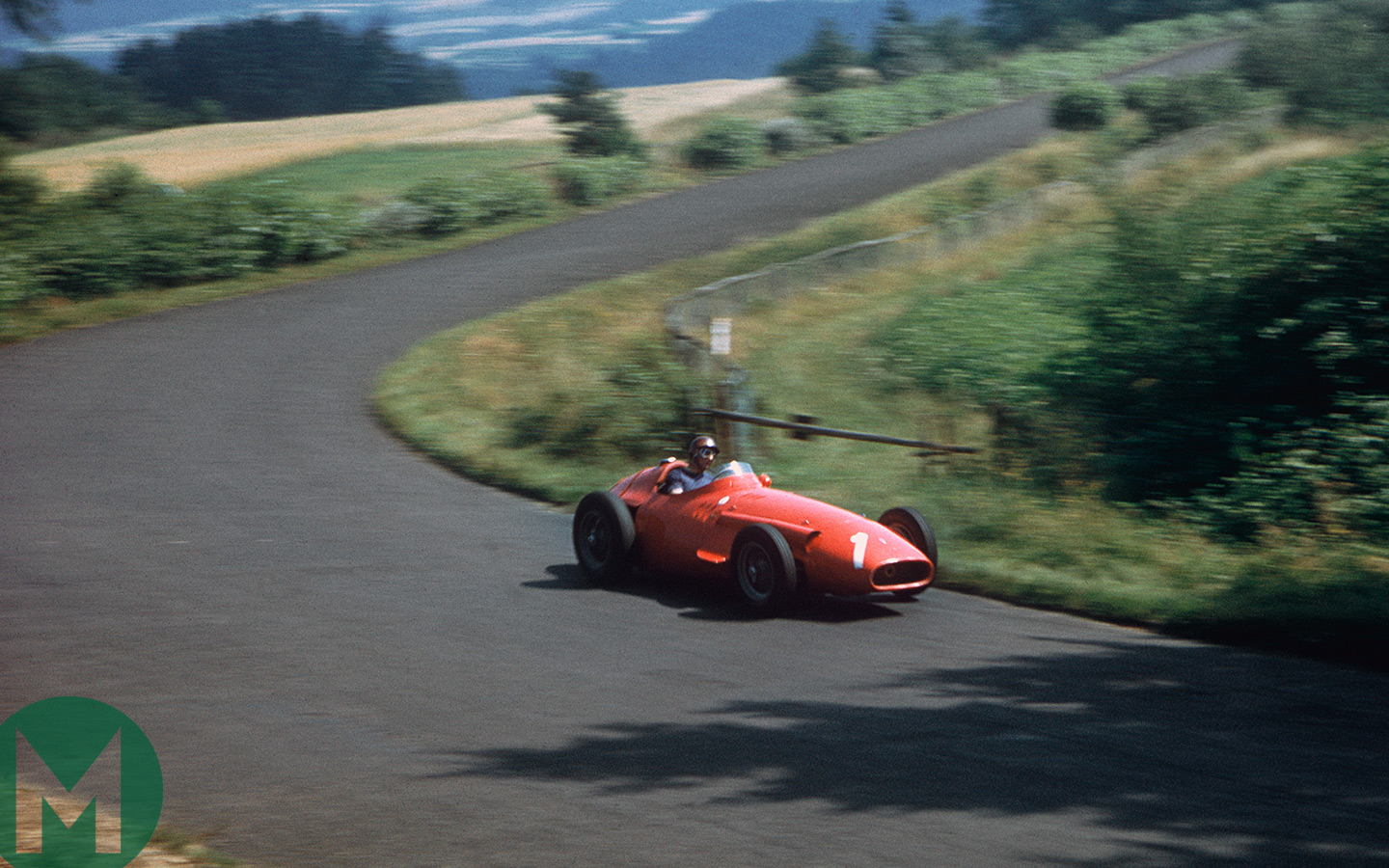 June 25, 1949: Patrick Tambay, twice an emotional victor with Ferrari, is born. In profile