F1 hits the streets of London, McLaren versus Williams at the box office, Tilke designs a crossover circuit and the world drivers’ championship trophy goes missing 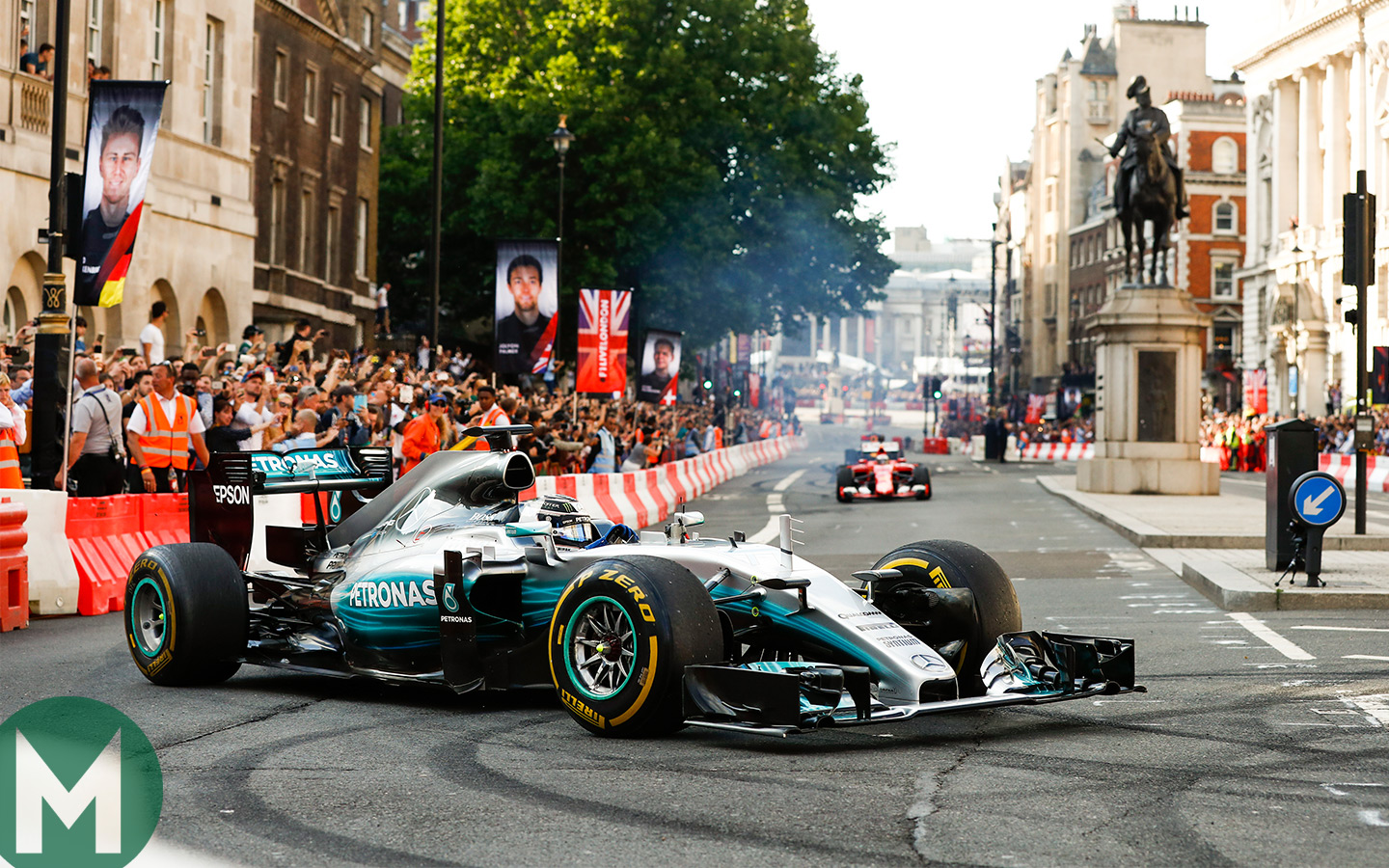 F1 takes to the streets of London

Donuts, burn-outs and shredded Pirelli were on the menu for the thousands of F1 fans and bemused commuters who came to watch F1 return to the streets of London for the first time in 13 years on Wednesday evening. The event, announced just 24 hours before it took place, marked the first time that every F1 team has been brought together outside of a race weekend. Nineteen current F1 drivers joined world champion Nico Rosberg on stage and entertained fans on a short parade route around Trafalgar Square in F1 machinery of today and years gone by. There was only one absentee from the current F1 grid, for many the headline act: Lewis Hamilton.

Taking place just a day after the BRDC announced that Silverstone would be exercising the break-clause of its British Grand Prix contract, was this Liberty signalling its intent to bring F1 to London? Read Jack Phillips’ analysis on how F1 conquered London, for the day at least.

When Liberty Media took over at the helm of F1, ensuring that the classic European Grands Prix retained pride of place on the calendar was high on its agenda. The return of France and Germany to the 2018 schedule was a promising start, but the future of the British Grand Prix is now under threat after Silverstone exercised the break-clause in its contract to host the British Grand Prix.

Silverstone’s contract had committed it to host the British Grand Prix until 2026, but a five per cent escalator in the race-host fee has made running the race financially unviable. Suffering losses of £4.8 million in 2016 and similar projections for this year, the British Racing Drivers’ Club says it has reached “the tipping point where we can no longer let our passion for the sport rule our heads.” Unless a new agreement is made, Silverstone’s tenure on the F1 schedule will end after the 2019 event. With Donington Park and Brands Hatch not currently up to F1 standard, where could the British Grand Prix go?

Given Honda’s struggles, many were surprised when Sauber announced earlier this year that it would run with Honda power from 2018. But now it seems that the deal has been called off. Reports suggest that discussions between the two parties were never as advanced as initially suggested, with Honda now calling off the agreement in light of team principal Monisha Kaltenborn leaving the team. With rumours persisting of McLaren returning to Mercedes power in 2018, or even make the switch to Ferrari, the announcement may leave Honda’s position in F1 under question. 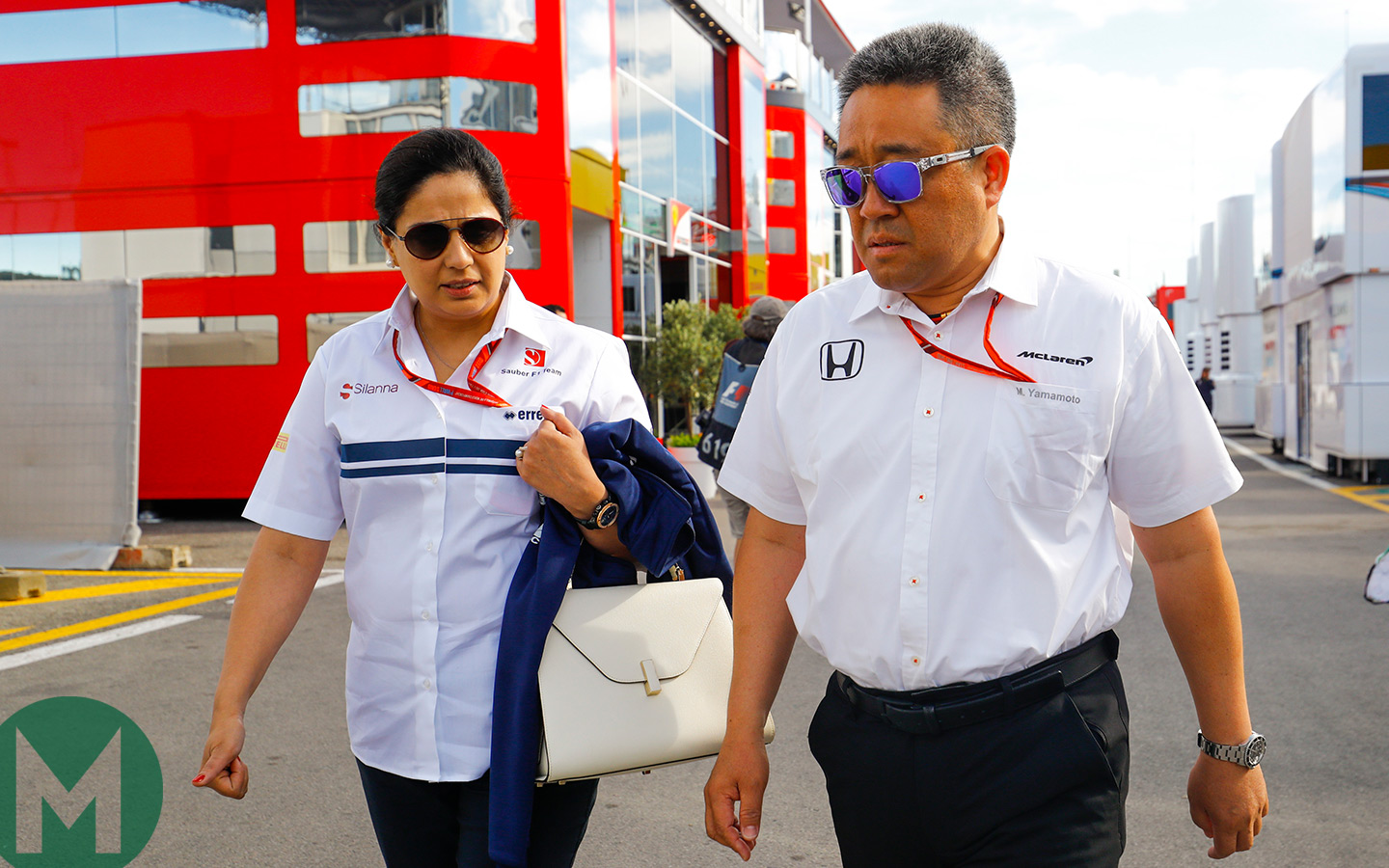 From the high-speeds of Le Mans to the tighter turns of the Nürburgring, Porsche is introducing its second aerodynamic package of the 2017 season this weekend in Germany. Porsche has won the Nürburgring 6 Hours the last two years and comes to this year’s race with comprehensively revised higher-downforce bodywork. “I am very excited about racing the new high downforce package for the first time,” Le Mans winner Earl Bamber said. “We come off Le Mans with good momentum and our priority is to push for the manufacturers’ championship. If we can secure that, we want the drivers’ title as well.” The no. 2 Porsche currently tops the WEC standings, 17 points clear of the no. 8 Toyota.

Multiple single-seater champion Lando Norris will join United Autosports at the Rolex 24 Hours at Daytona next January, partnering Will Owen in the team’s Ligier JS P217. The McLaren-Honda junior is currently racing in European F3 and was named a BRDC SuperStar in 2017. “To race at Daytona will be fantastic,” Norris said. “It will be my first 24-hour event but I can’t wait to get out in the car round such an iconic track.”

It has been a testing season for eight-time World Rally champions Citroën​: victory in Mexico remains the only podium from the eight rallies so far. It’s a far cry from 2016, during which Kris Meeke scored two victories from seven rallies as a non-manufacturer entry. Sitting 142 points behind the leaders M-Sport in the manufacturer points standings, the French marque has called the 2017 season a write-off, shifting all focus to its 2018 entry. 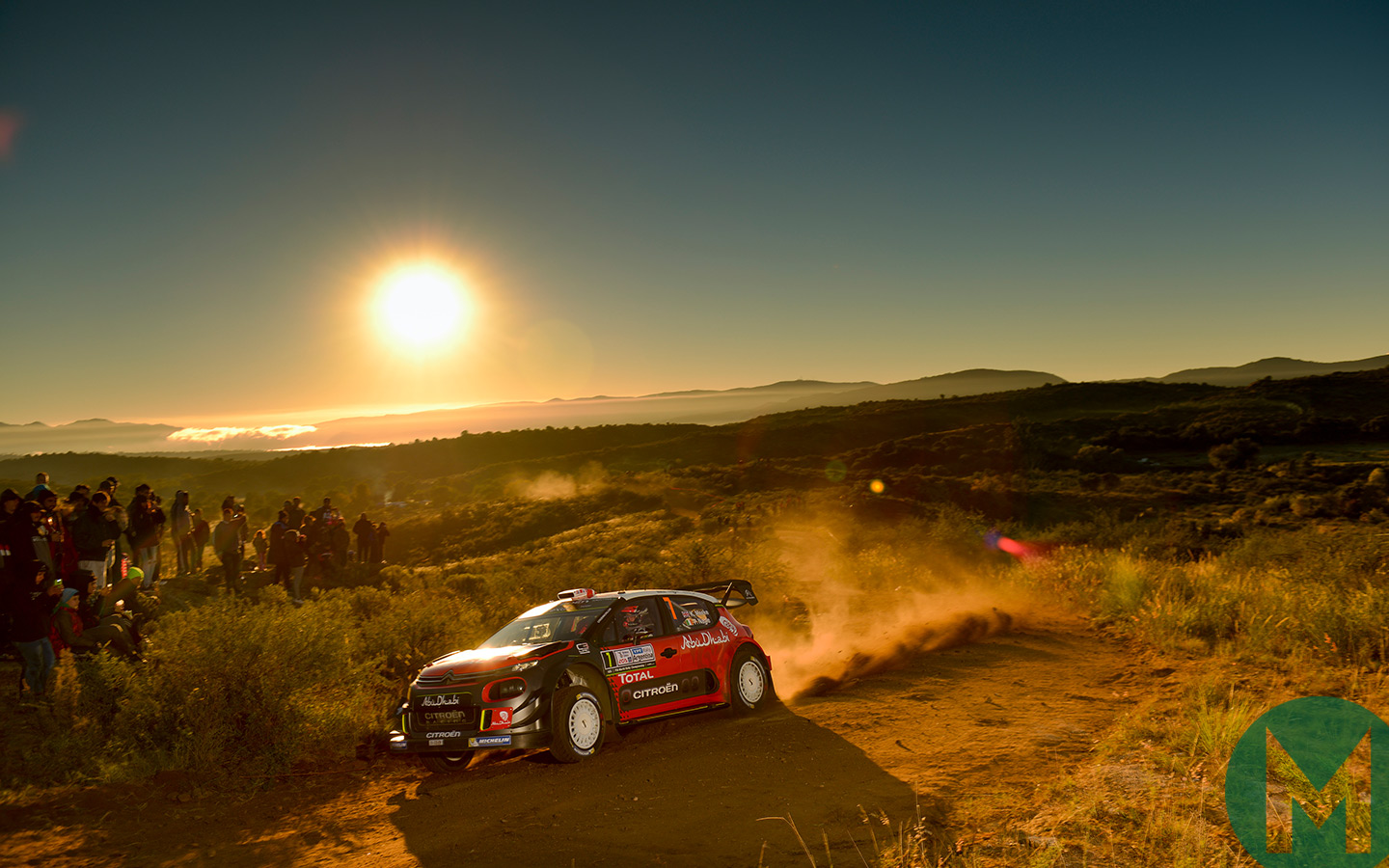 0.2 Valtteri Bottas’ reaction time at the start of the Austrian Grand Prix

0.6 Margin of victory that Valtteri Bottas has taken over Sebastian Vettel twice this year

Can you react faster than Valtteri Bottas? Test yourself on this new online game 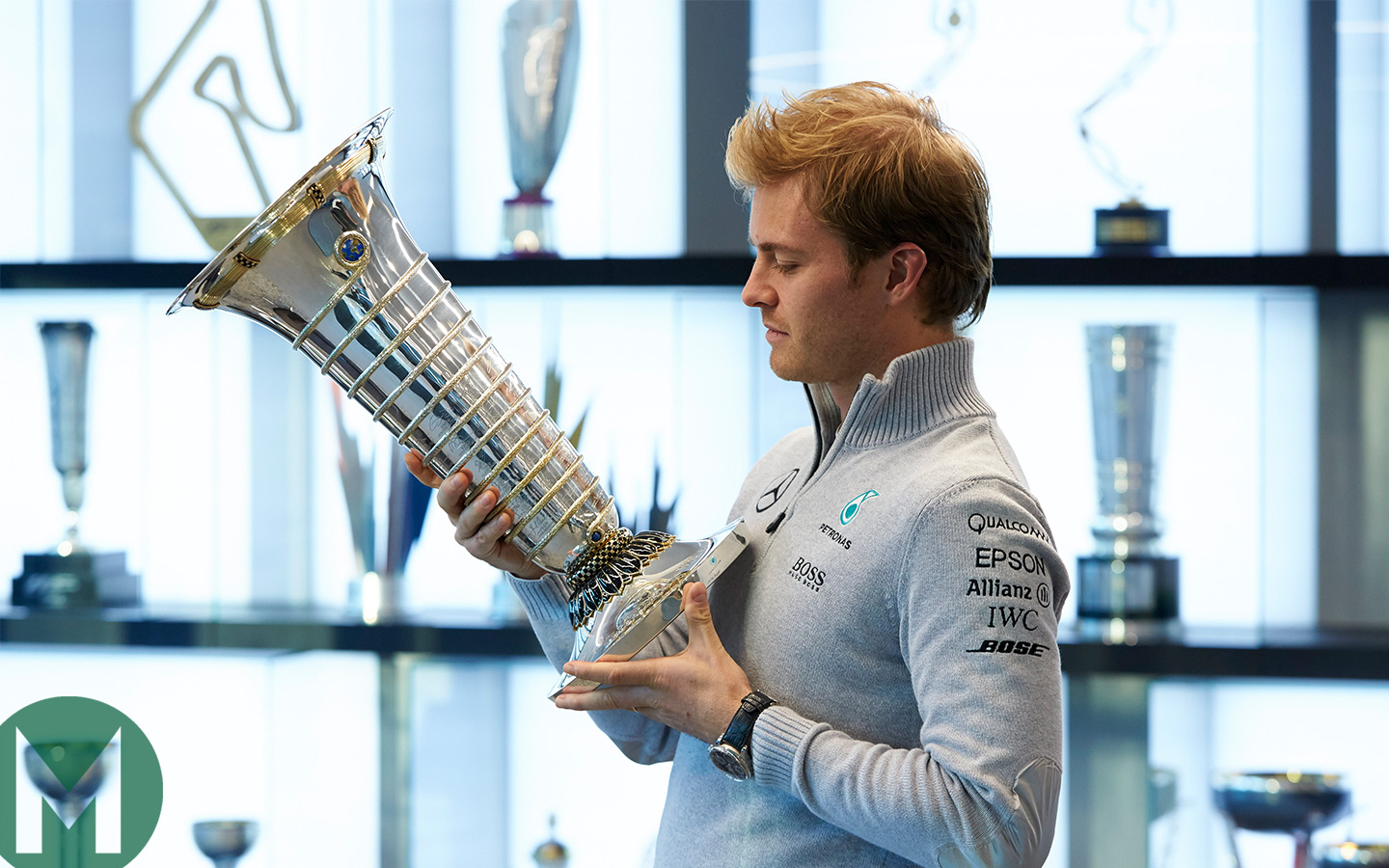 This takes ‘lost in the post’ to the next level. On stage at the F1 Live London event on Wednesday evening, the reigning world champion revealed that the famous trophy went missing for five days while being sent to the Goodwood Festival of Speed.

“It’s very special to me,” Rosberg said. “But I’ve had a massive scare because we sent it out to Goodwood recently with super-high security and it got lost! It was gone for five days. This thing means so much to me, so I’ve had some restless days. It was lost in the post, but now it’s back.”

2) Vettel can have a new contract whenever he wants

Relations between Sebastian Vettel and the Scuderia have at times been frosty, but Ferrari has reportedly told the German that signing a new race contract will be at his discretion. “I made it very clear that if he wants to stay then we’ll just renew it,” Ferrari chairman Sergio Marchionne said in Austria. “It’s up to him.”

Marchionne also said that Ferrari has no interests in re-signing Fernando Alonso, who left the team for McLaren in 2015. “Maybe he might have some interest for us, but not us for him,” Marchionne said.

Silverstone exercising the break-clause in its British Grand Prix contract sent social media into a frenzy of speculation as to where the British Grand Prix could go. Changes to British law earlier this year made the prospect of a Grand Prix on the streets of London more feasible and F1’s first visit to the capital in 13 years on Wednesday evening gave new life to the idea.

Reports suggest that the Docklands area of East London is being considered by Liberty Media and although previously hostile to the idea, London mayor Sadiq Khan has said that he is “interested” in having F1 take to the streets of the capital. “If F1 want to speak to me, I am keen to listen,” he said. “My ambition is for London to carry on being the sporting capital of the world.” Although the mayor expressed confidence that a race would be feasible, the issue returns to finance.

Two videos you should watch

Williams versus McLaren at the box office

Good motor sport films are just like buses: you wait ages for the first to arrive, then two come at once. That’s certainly the case this year, with both McLaren and Williams taking their on-track battle to the box office with the release of two films in celebration of their great histories. Both tell the zero-to-hero stories of their team-founders Bruce McLaren and Frank Williams, but which is better? Joe Dunn previews both, and trailers of both are below.

‘But racing is (relatively) easy when you’re winning. The following season, 1973, would prove a tougher test – especially because: Schetty had returned to his family’s textile business; Mauro Forghieri, designer of the dominant 3-litre 312PB Prototype, was (briefly) out of favour and had been shunted to Ferrari’s think tank while road-car bods diluted his racing department; the Agnellis had tightened their money belts in the face of wildcat strikes; and Enzo was ill with unchecked diabetes. In the circumstances, Ferrari’s sports car arm, now under the auspices of Giacomo Caliri, Schetty’s 1972 engineering lieutenant, did remarkably well.’

Read the full story from the archive 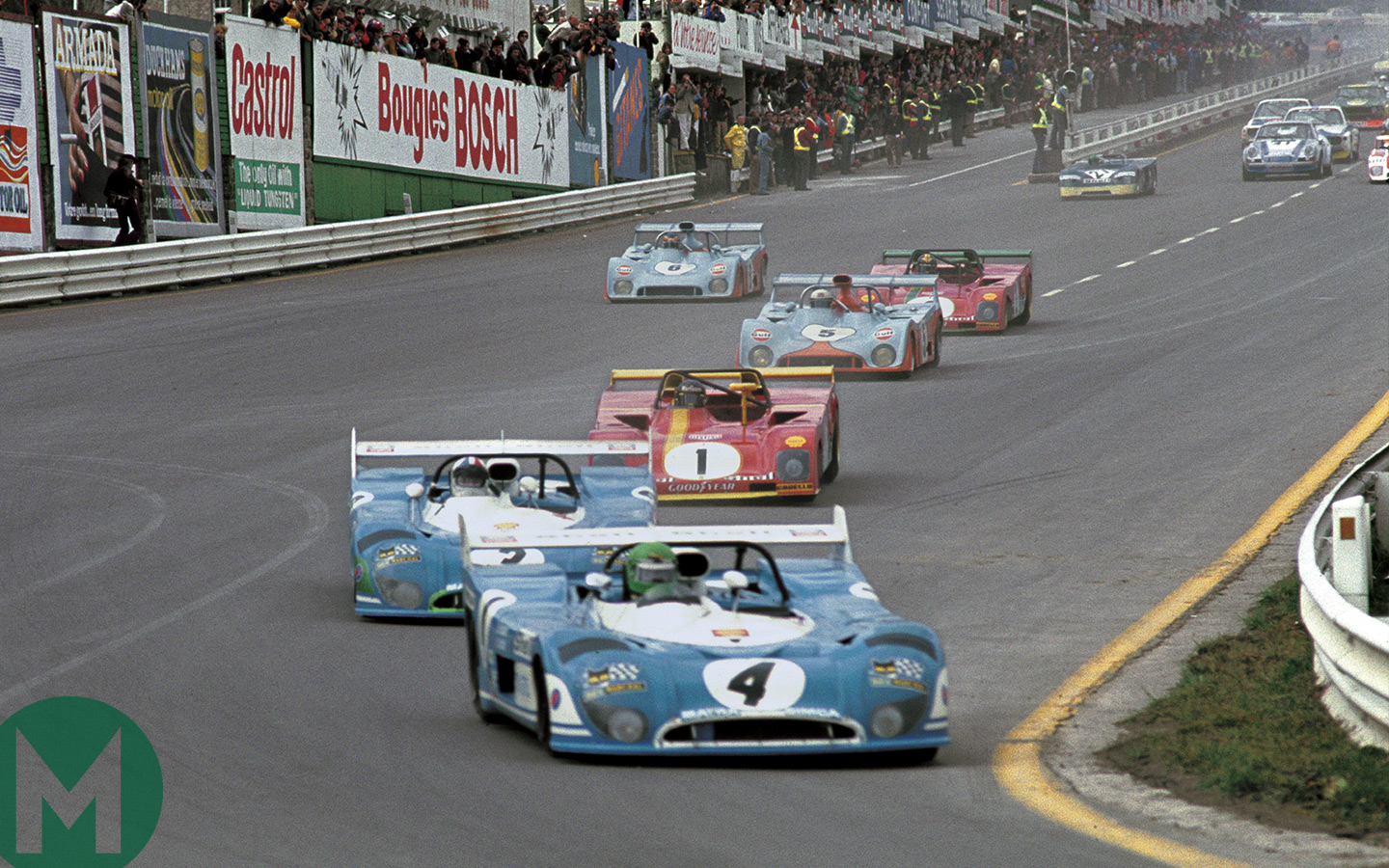 July 11, 1971 Sports car great Pedro Rodríguez is killed at the Norisring. In profile